There’s a real part of me that never thought this day would come. And I really don’t think I’ve ever felt something so bittersweet.

Because today is our final day here at home. 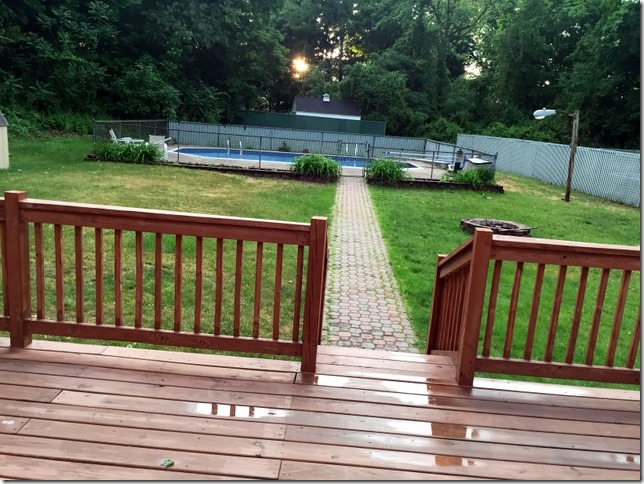 I debated on putting together a post filled with some of my favorite memories here, but I realized the post would just be way too long. I mean, it was the first house Jay and I bought together, the house we lived in when we were married, the house we raised Lucas in for the first 22 months of his life…and then there’s the countless number of parties and entertaining that went down, especially in this spot. 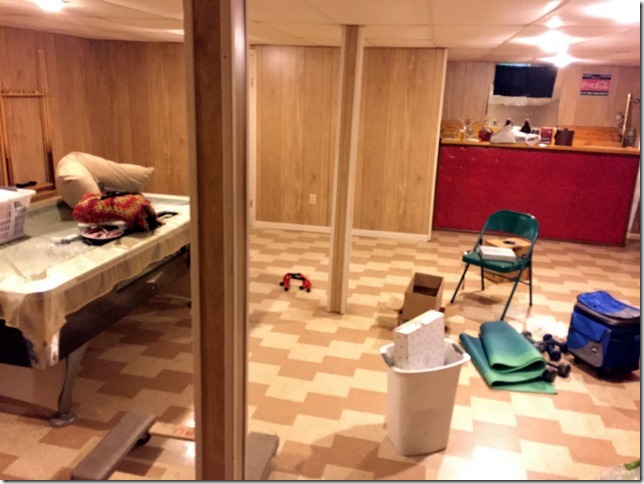 And that basement held some pretty wicked parties even before Jay and I moved in here, thanks to my grandparents and my mom (who, word on the street, knew how to throw a good party back in the day!). It also housed one of the coolest little bathrooms, ever…we’re definitely going to have to re-create something like this in our new basement. 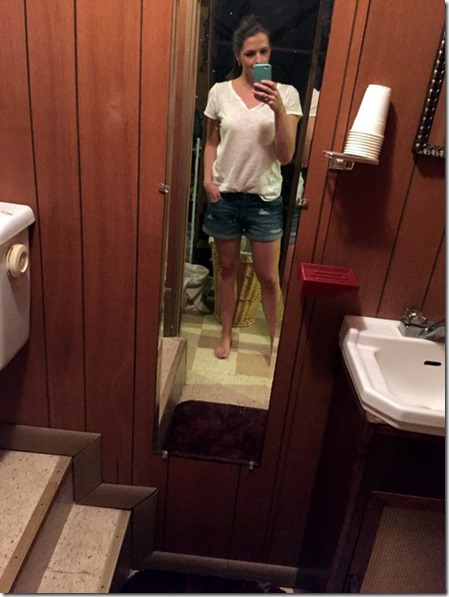 I really could go on and on down memory lane but, for the sake of trying to prevent myself from shedding more tears, I’m going to just hold it right there on the sappy stuff.

Instead, let me tell you just how insanely busy our day was yesterday. We were go-go-go from 7am in the morning, and by about 4pm, the house was STILL looking like this… 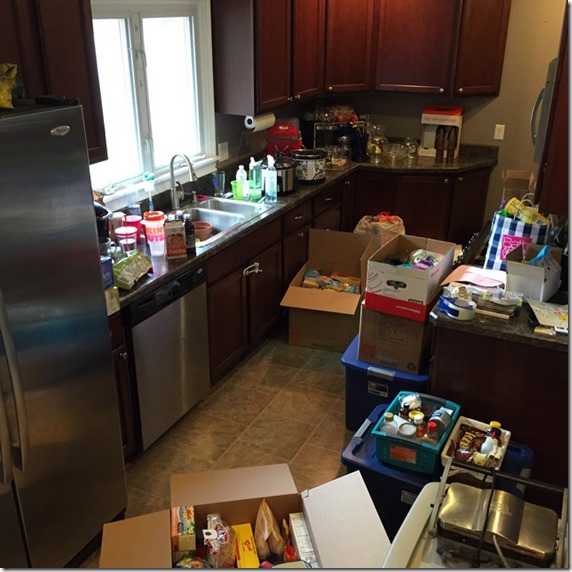 And I had some legit doubts that we’d ever get everything finished. Although, slowly but surely, we eventually saw some progress being made…even though I am still holding off on packing all of these vases, and I’m not really even sure why. 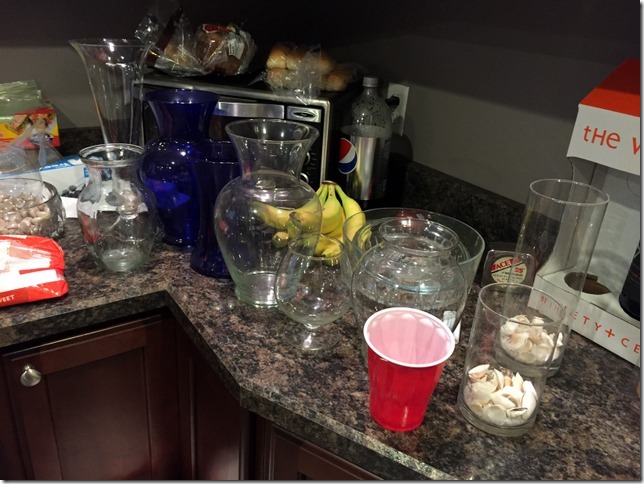 We’ve been eating off of paper plates and using the good ol’ plastic silverware for the past couple of days. Yesterday, we made some of The Best Ever Chicken Salad, and sandwiched it in between some King’s Hawaiian dinner rolls (they are SO. GOOD.) for a quick and easy dinner. It totally hit the spot. 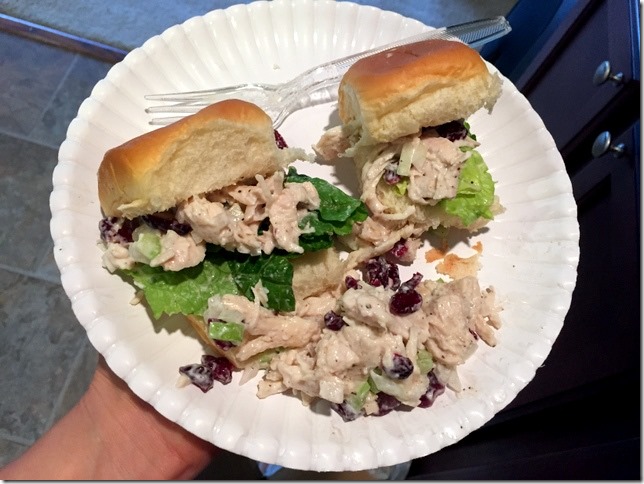 Oh, and I’ve also been drinking more cookie dough iced coffees and eating more blueberry cake munchkins than any human really needs. I have a feeling I’m going to need a bit of a sugar detox pretty soon…yowsahs. Apparently sugar = my coping mechanism.

Speaking of coping (not the greatest transition)…Poor Cody. He’s just so confused and keeps trying to find things he can curl up on and hide. 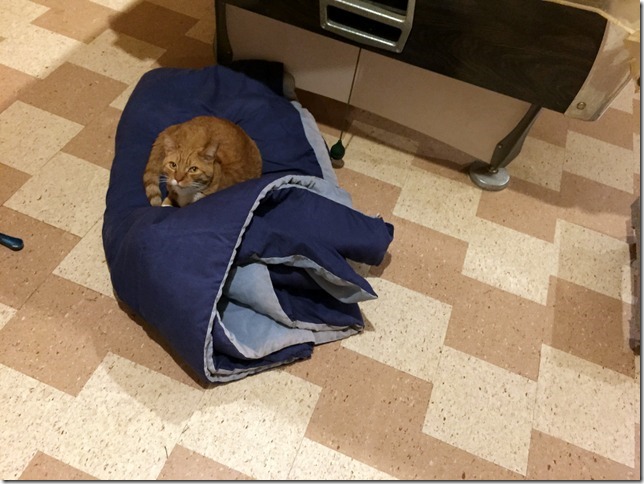 But, on the semi-bright side, we’ve now brought him over twice to my in-laws to meet their cat and, although they aren’t really “best buds,” they’ve been cordial and there’s been no fighting. I’m sure they’ll wind up being besties just around the time we’re ready to have him come back and live with us.

I will say…I knew we had a lot of food in our house, but I was floored by the actual amount. One huge plastic bin, two medium sized packing boxes, small baskets… 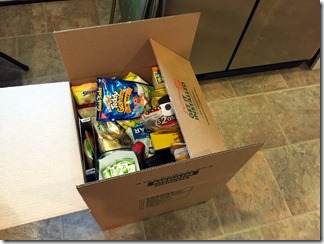 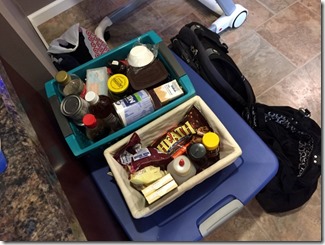 And that’s not even counting what’s left in the fridge and freezer. OOOF. 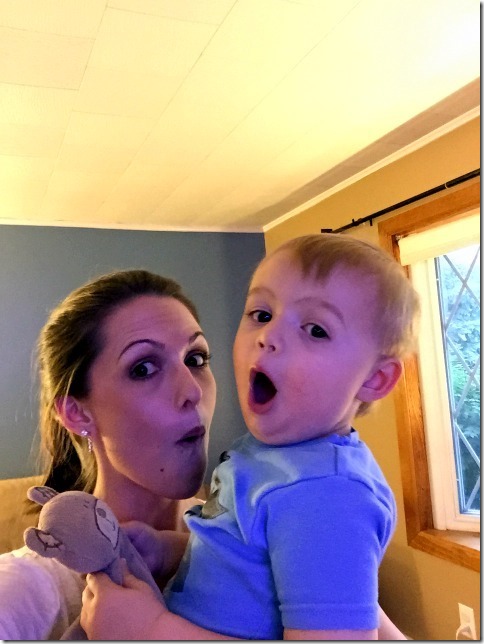 I thought for sure I was going to wind up being a basketcase putting Lucas to bed for his “one last night here,” but I was actually okay. It probably helped that he was being just super sweet, happy, and lovey…I guess he knew his mama needed a little distraction. 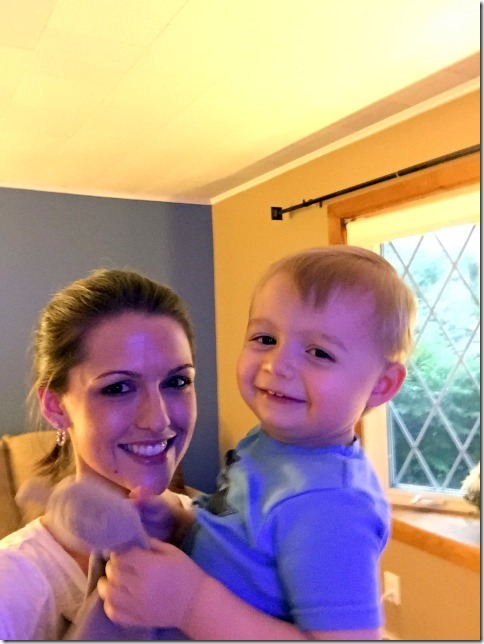 So this is it! Today is moving day…and hopefully by this evening we’ll be at least semi-settled in to our new “temporary” home with our pals Kanika and Shaheen. I’m not sure when I’ll get the chance to check back in, but hopefully it’ll be sooner rather than later! Just send some good “moving vibes” our way today, if you can.