All day yesterday, I had one thing on my mind…pancakes.

The night before, Jay and I decided that we’d make Tuesday night a breakfast for dinner night, because you guys know how I love my pancakes. So all day, I had pancakes on the brain; did I want them with chocolate chips? Bananas? Pumpkin?

The best part was, I wasn’t even going to be in charge of the cooking. Jay was going to take care of everything, using our favorite pancake recipe. So here I was, envisioning coming home, relaxing in my cozies, and just waiting for a nice big ‘ol stack of pancakes to be served to me.

Well wouldn’t you know it, Jay got called out for work and I didn’t get my pancakes. Gosh darn it. It was a total let down. I had been looking forward to them for over 24 hours, and then…nothing.

Since I hadn’t planned on doing any cooking last night, I really wasn’t about to, especially since it was only me I was feeding. So I put together a lame-o peanut butter, pumpkin, and banana sandwich instead. 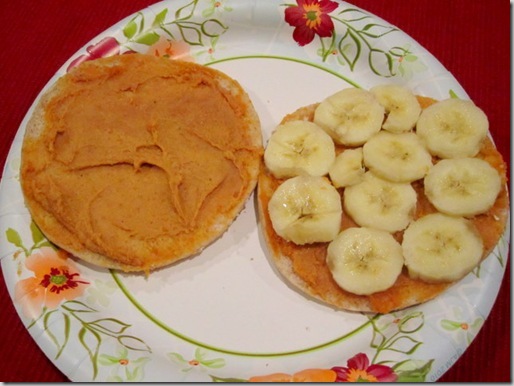 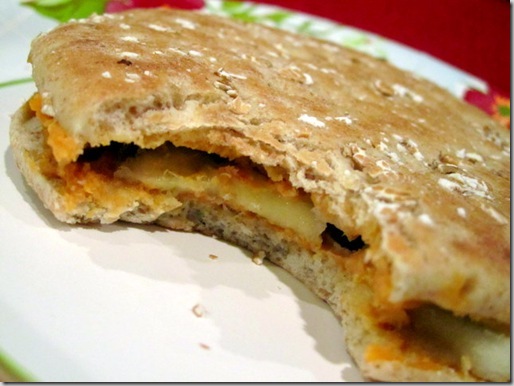 A nice big ‘ol bowl of Cranberry Apple Crisp with light vanilla ice cream, caramel, and some Love Grown Foods granola. I suppose that if I couldn’t have pancakes, this was most definitely a suitable substitute. 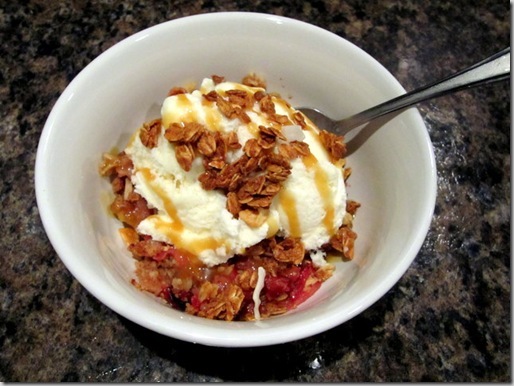 And once Jay got home, he finished up the last of it. Yup, it took the two of us all of three days to polish that stuff off. We’re animals, I tell you. Animals!

This morning, I was literally *this close* to just shutting off the alarm and skipping my workout, but I knew I’d regret it later, so after the fourth slam of the snooze button, I finally rolled out of bed and headed down to the treadmill.

Today was devoted to cardio, and I ended up running a little over 4 miles by doing intervals of 5 minutes @ 7.0mph and 1 minute recover @ 4.5mph. Wooo Hooo for “long runs” of 4 miles! 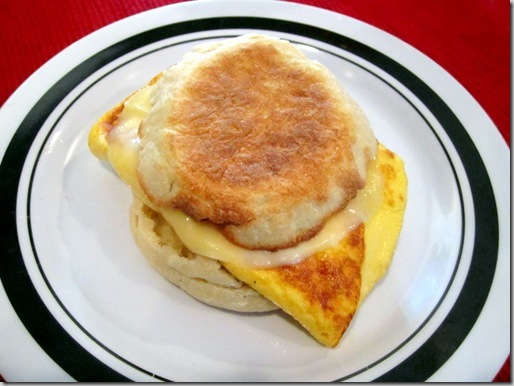 This whole egg + cheese + raspberry jam on an English muffin is the real deal. I’m actually shocked at just how many days in the past couple of weeks I’ve incorporated eggs into what is usually a sweet breakfast for me. Either way, I’m rollin’ with it! 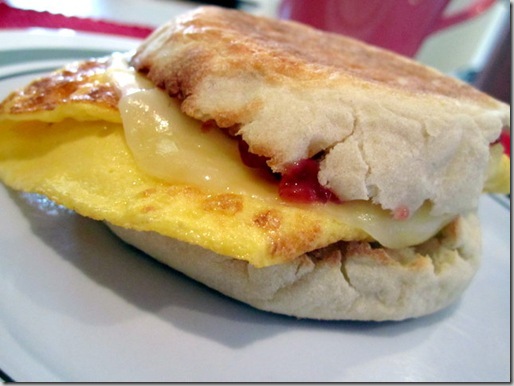 I also had a small banana, 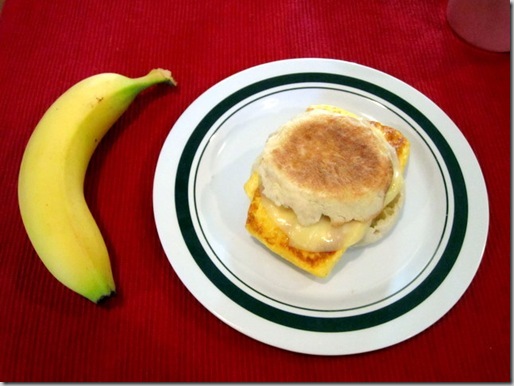 and my inevitable mug-o-joe…with a side of the camera hog. 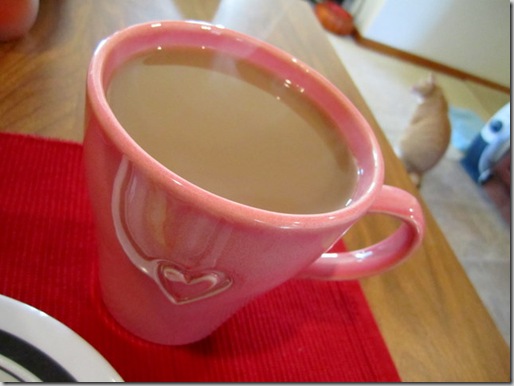 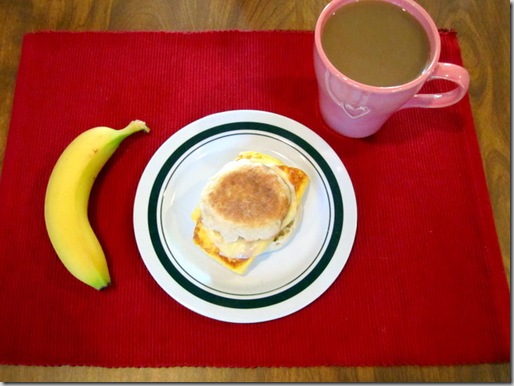 This morning I have a dentist appointment to go to (BLECH!) and then I’m headed to a long day of work. Wednesdays aren’t so bad though, since I get to hang out with mi madre for part of the day.

Be on the lookout for a decadent recipe headed your way this afternoon…I may not have been in the mood to cook last night, but I was definitely in the mood to bake!

Here’s a little teaser for ya… 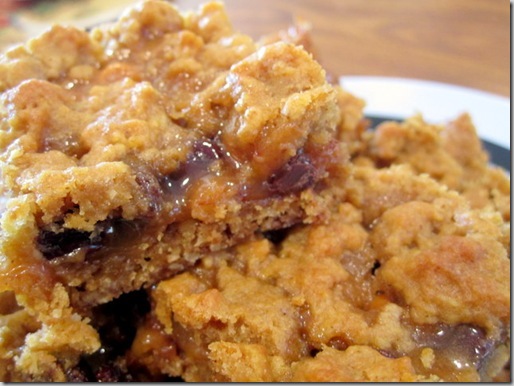