Iiiiiit’s Wednesday! I really have no reason to be excited about it being Wednesday, but I’m gonna go ahead and use an ! anyways.

Hey, sometimes a little extra enthusiasm in the morning is a good thing, right?

So did anyone else watch the debate last night? Did you cringe just as much as I did? Ughh, good grief. Luckily, politics is not really a topic I care to ever discuss here in any sort of detail on the blog (it brings out the crazy in people, I swear) so that’s gonna be the extent of my discussion on THAT one. Moving on…

Shortly before the whole debate viewing (and watching The Voice) it was easy dinner time up in herrrrr. 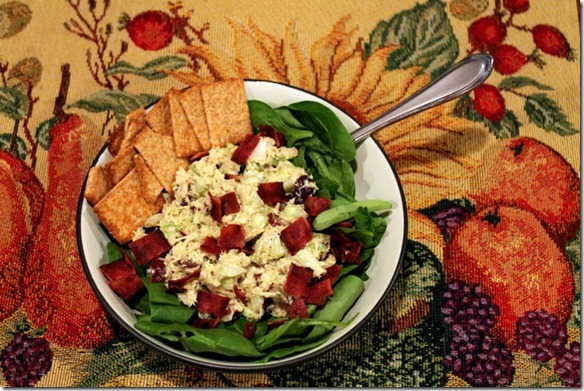 I made up some chicken salad for the boy and a batch of sweet tuna salad for me. I wound up adding in quite a few veggies so it was voluminous enough for me to divide into two batches – hello, today’s lunch!

I served my sweet tuna salad on a big bed of fresh spinach, along with two slices of crumbled turkey bacon and a serving of Kashi crackers. 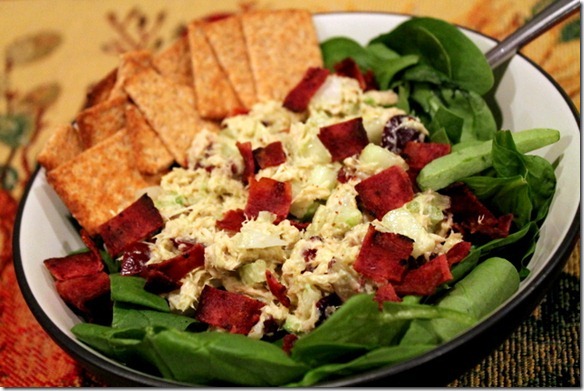 It was really, super good.

While we were eating dinner, we also decided to try out two of the new Oktoberfest beers that have been sitting in our fridge. While grocery shopping on Sunday, I discovered that our local Price Chopper added in a “make your own 6-pack” area, full of fun beers…I couldn’t resist. 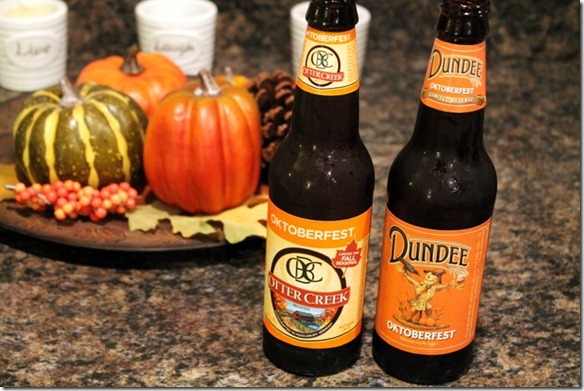 I filled up my six pack with all Oktoberfest/Pumpkin beers and last night we decided to try these two. 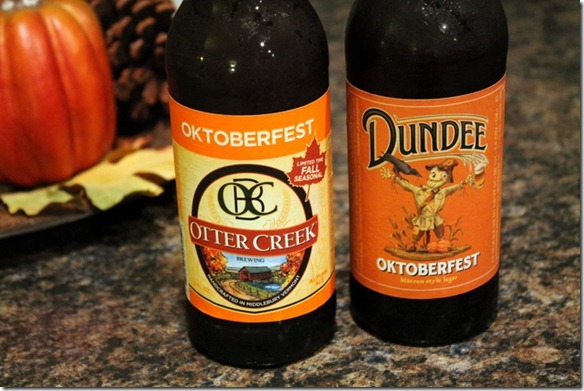 The beers were good, but for whatever reason, neither Jay or I were in much of a mood to drink beer. Unfortunately, I only wound up drinking about half of my beer…total waste. Boooo.

This morning, I went straight for my hot mug of steamy coffee and sipped on that while preparing breakfast. 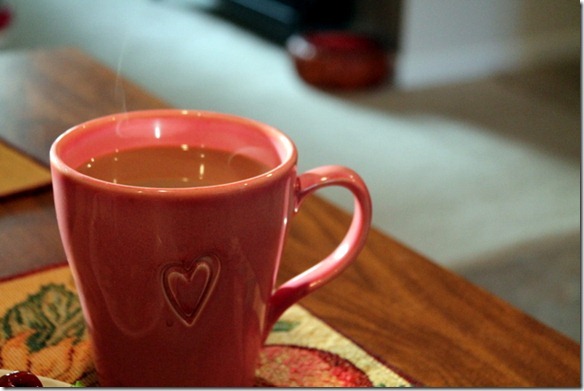 Seriously, what is it about a hot mug of coffee that is so comforting?? 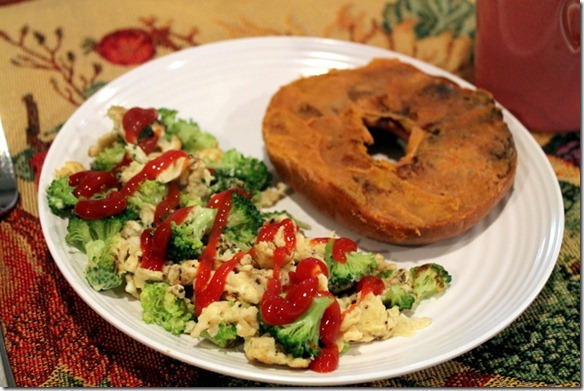 One egg + 2 egg whites scrambled with broccoli and ketchup and half of a toasted pumpkin spice bagel topped with pumpkin and peanut butter. 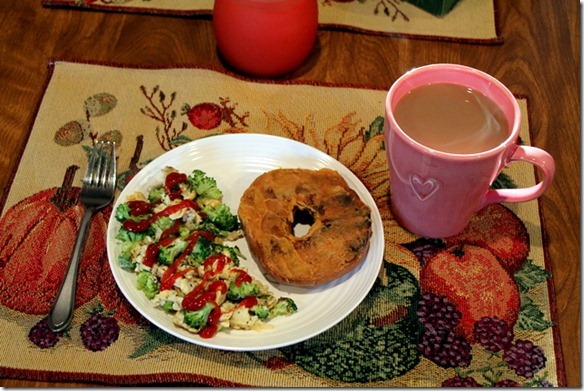 Some protein, some carbs, some veggies, some caffeine…all sorts of awesomeness right there, I’ll tell ya!

Congratulations to the four lucky winners! Please email me with your shipping info to sweettoothcourtney at gmail dot com so I can send along your new goodies!

Alright, I’m off to go do some yogaaaaaa. I’ve got no questions to ask today, so have a good morning and I’ll catch ya later, friends!