One thing that Jay and I probably used to be way better about before we had children was getting out and trying new things. If there’s one scalable thing that Jay and I would like to try and do more (I say scalable, because we’d love to do things like travel more too, but ya know…some day), it would be to get out and try more of the amazing restaurants and cuisines in our area.

While we consider ourselves very fortunate to be able to get out sans-kiddo now and then, sometimes it is nice to be able to have the whole family in tow, right? So most of the time, if we do have Lucas with us, we tend to go to places we deem “safe” (aka, large, loud, have hot dogs or mac and cheese on the menu, and or food we can have on our table quickly). Anyone else relate?

After a long week, we decided we needed (and wanted!) to just get out of the house and try something new, so our plan was to head out to a little (gasp) nearby Thai restaurant called SriSiam. I’ve heard people raving about at work for months now, so figured it’d be something fun and new to try. Neither Jay or I had ever been to a Thai restaurant, and even though we had no idea what to expect with bringing Lucas with us, we initially decided to give it a shot.

But then…I picked up Lucas from daycare. He hadn’t napped, he was grumpy, he was off the walls, and he was definitely in need of an early bed time. Darn. 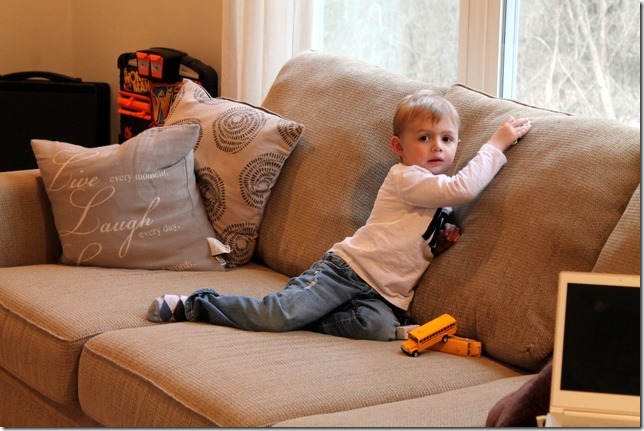 So we did the next best thing. 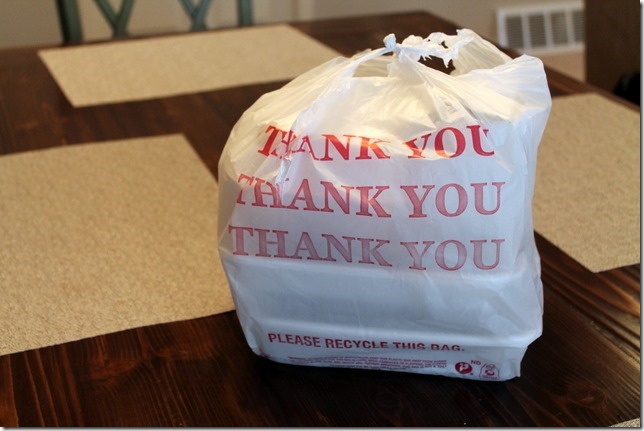 So part of the reason for the push to try the new cuisine? This month, as part of my partnership with FLYJOY and their 2016 Microadventure Campaign (you can check out my last post HERE!), we were asked to “get adventurous” and try a new-to-us cuisine. At first, we thought maybe we’d find a new dish to cook from home, but then I figured I’d wind up choosing a recipe that would need a bunch of ingredients I wouldn’t have on hand so we opted to go for food out.

But first, have you guys checked out the FLYJOY bars yet? They’re awesome. And they’re also non-GMO, gluten-free, soy-free, vegan, and Kosher D certified. 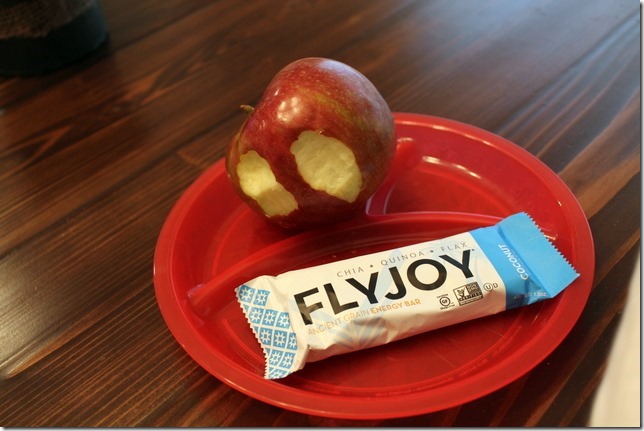 And since Lucas had already eaten an early dinner (and wanted no part of our Thai takeout), he sat with us and had a little snack of an apple and a FLYJOY bar. 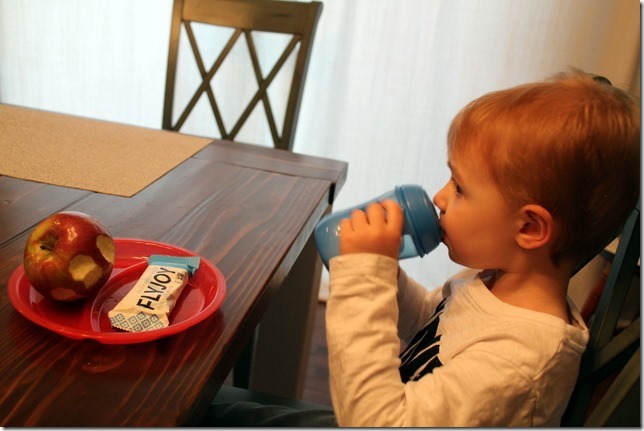 Better yet? I love that FLYJOY has so many other facets of their company. They give a portion of all of their proceeds of each bar to HOPE International to fund small business loans and business training to help break the cycle of poverty and empower others in developing countries (you can find out more about the countries where HOPE works HERE!). So I loved their idea of this month’s adventure to reflect the “global mindset and passion that that they have for those around the world! 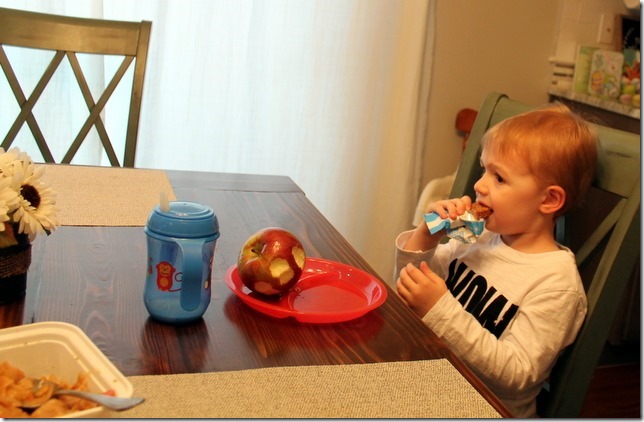 Now…as for our adventure into our first Thai dining experience? After browsing through the menu, we did see a number of things that were familiar enough to us (many of them reminded us of Blue Apron dishes we’ve had in the past, actually), so we tried hard to circumvent the familiar and go with some new, yet semi-safe things to try. 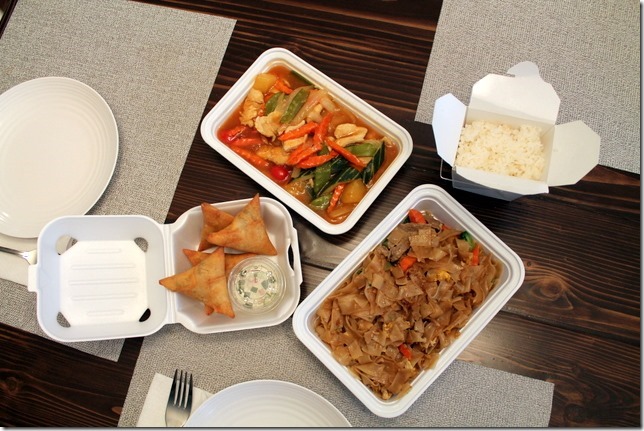 We got an order of Samosas for an appetizer, which are filled with chicken potatoes, and onions, and served with something they called a “cucumber sauce,” which was sweet and totally delicious. 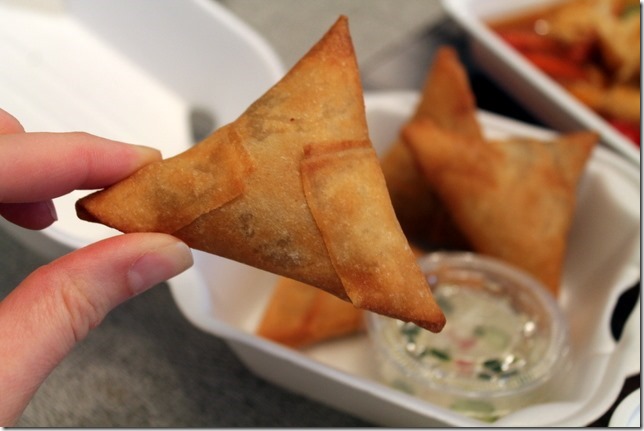 For our entrees, we decided to pick two that we’d be able to share. The first was Pad See Ew, which was stir-fried wide rice noodles with egg, broccoli, carrots, and soy sauce. 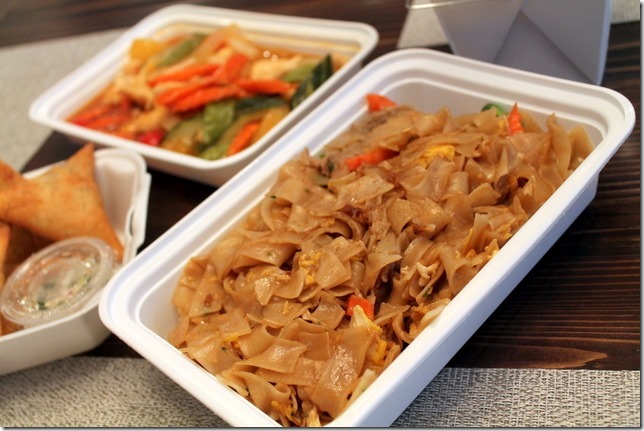 The second was their “Sweet and Sour,” a thai style sweet and sour stir fried with tomatoes, cucumbers, onions, pineapple, carrots, and snow peas, served with jasmine rice. 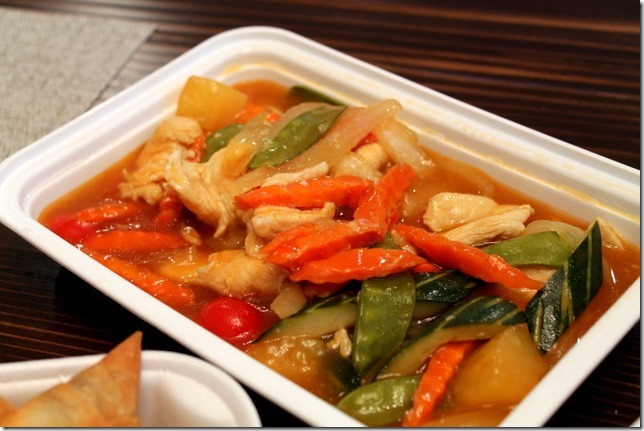 As for the verdict from both of us? 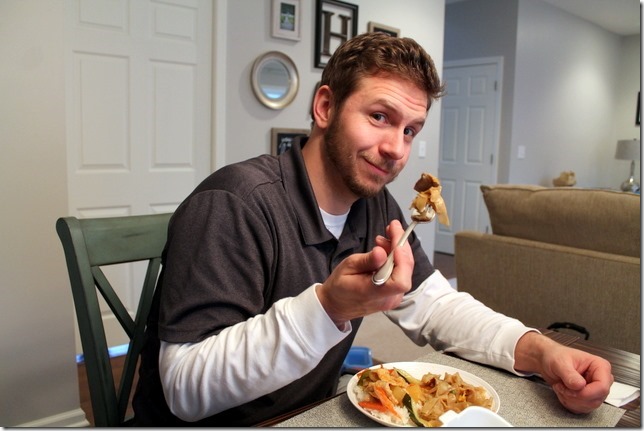 It was good, but not spectacular.  Even after I had finished eating, I couldn’t decide what my thoughts were on the Pad See Ew; some bites tasted awesome and had me going back for more, and other bites had a weird after taste. The Sweet and Sour, which I thought I’d like most, was good, but I almost felt like it was missing something. Or maybe it was too sweet? I don’t know. But my favorite part of the meal? 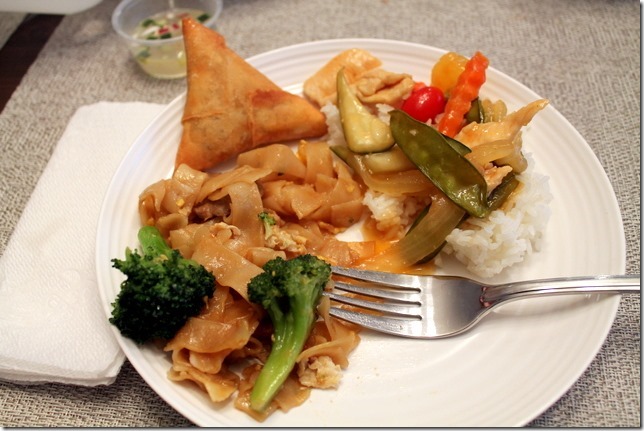 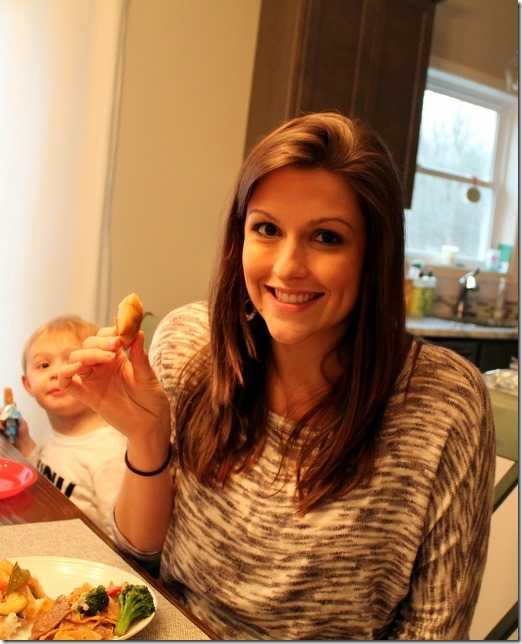 And, of course being able to enjoy it all at home with these two. <3 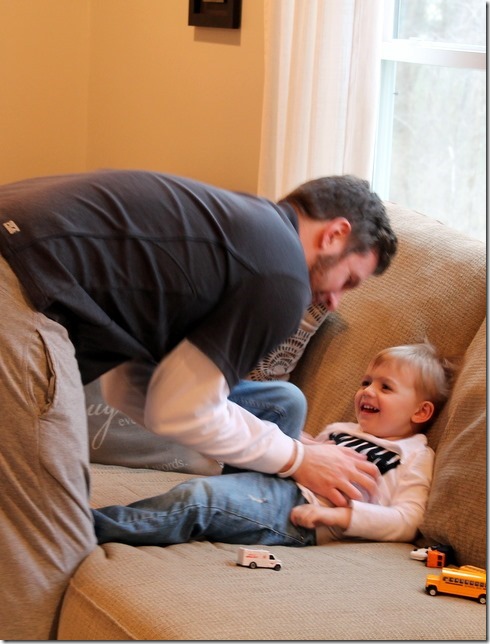 How about you guys? Do you like to get adventurous and try new cuisines often? What are some of your favorites?
For the locals – any favorite ethnic restaurants that you’d recommend??