Soooo, I apologize to anyone who may have tried checking in on the blog this morning and had it freaking out at them…

Apparently, there was some issues with plugins or something. Freakin’ technology I’ll tell ya…

Thankfully, once again, my blog genius Ryan came to my rescue within minutes and had things back to normal in no time. He. is. amazing.

Now that we’re back up and running, let’s backtrack a bit to last night’s dinner. 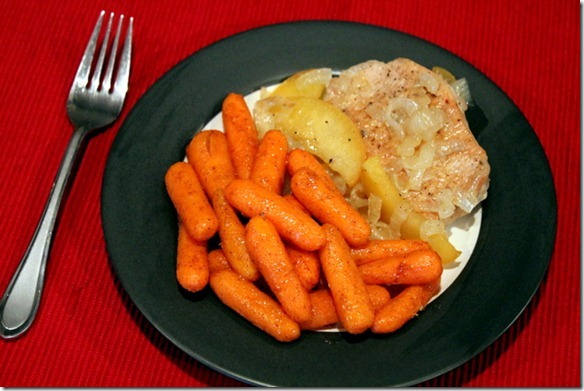 I bought pork chops on sale last week and never got a chance to get them cooked up until last night. I basically followed this recipe, but also added in a sliced apple with the onions. It was super simple – definitely a great, quick mid-week meal. 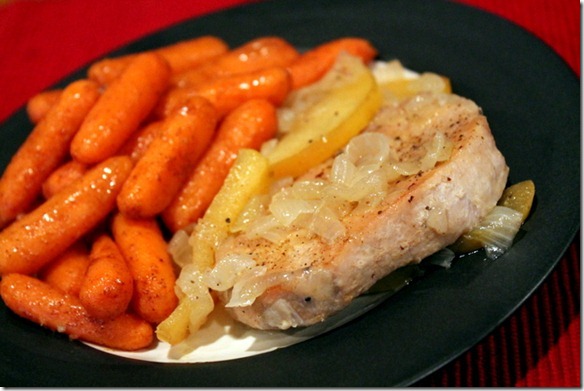 On the side we had some orange and brown sugar glazed carrots, which I had actually cooked up earlier in the day for one of my freelance pieces. Gotta love when the experiments pay off.

After dinner, Jay and I had to head out quick to Home Depot to pick up a few things for the house. I tried to convince him that if I was going to go to one of my least favorite stores that there should be something in the trip for me (::cough, cough, soft serve ice cream, cough cough::), but he wasn’t buyin’ it.

I guess that’s a good thing, since I really didn’t need it anyway. So we came back home and I quickly realized that we did have another little dessert treat waiting for us. 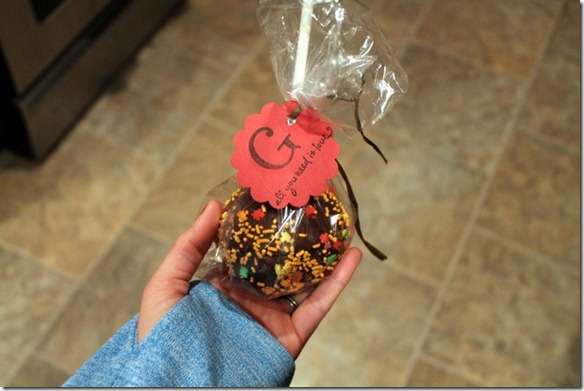 Chocolate covered apples! These were actually the favors from Seth and Nicole’s wedding over the weekend, so we enjoyed those while relaxing on the couch and watching The Voice. 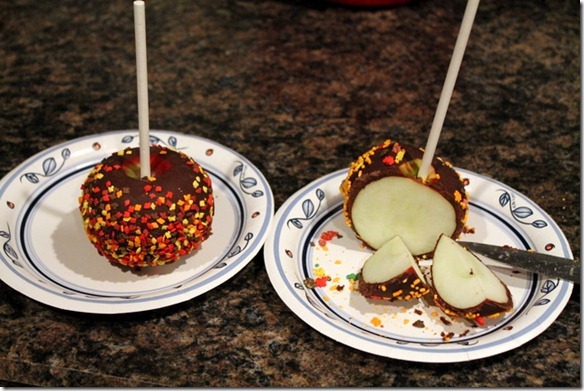 Side note – does anyone else watch The Voice?

This is out first season really getting into it and/or watching from the beginning, but I love it! I’ve never been a fan of American Idol, so I didn’t think I’d like this one, but we both think it’s great. I’m excited to see what happens after the blind auditions.

Breakfast this morning wasn’t anything exciting, but it was tasty. 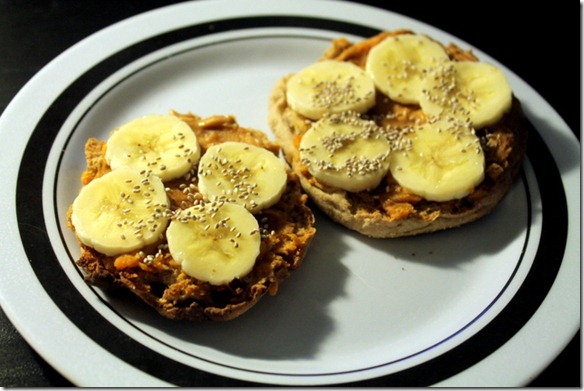 A whole wheat English muffin topped with peanut butter and pumpkin, banana slices, and chia seeds, aaaand my obligatory mug of coffee…all enjoyed at my desk while catching up on some emails. 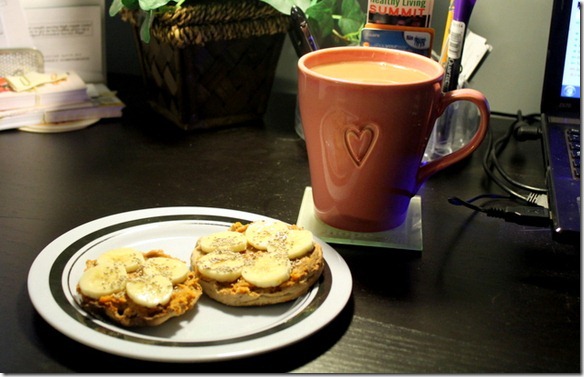 It is a gloomy, rainy day over here today, but our siding guys are still out there workin’ hard this morning (we’ve got one side totally redone already!). I feel bad about them having to be out in all this stuff, so I’m thinking I may have to whip up a batch of cookies or something for them later this afternoon.

P.S. – There’s still time to enter the Champion Smoothie Sports Bra giveaway! A winner will be chosen later this afternoon!

What TV shows are you excited about starting back up this fall?  For me:

Aaaaaand now I officially sound like a TV junkie