You know, I’ve long said that the power of social media and Twitter is pretty amazing. And last night was just further proof of that…

If you live locally here in the capital region of NY, then you’ve most likely heard about the recent tragic and fatal accident on Saturday, killing two high school students and badly injuring two others. As I was browsing through Facebook last night, I noticed that there was quite a bit of chatter about getting the community to rally together to help get those two hashtags viral on Twitter.

Sure enough, within a few hours they not only went viral, but they also worked…

To be quite honest, the whole thing made me a bit emotional! To see something like this come out of such a horrible event was really uplifting and inspiring. Tebow may not be doing a whole lot for my Jets right now, but I think he is one classy guy. Thanks, Tebow!

So before any of that started happening last night, there was some dinner consumed. 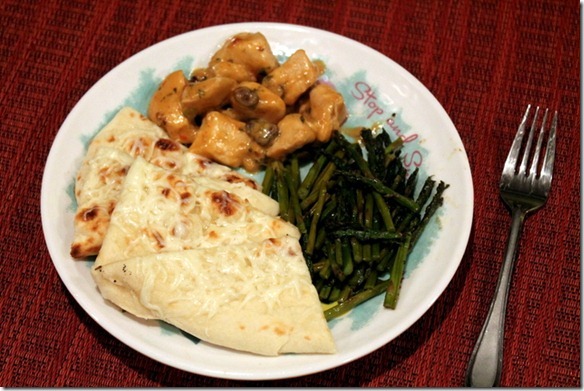 I roasted a big batch of asparagus, so I had some of that along with the rest of the leftover spicy chicken from last week. 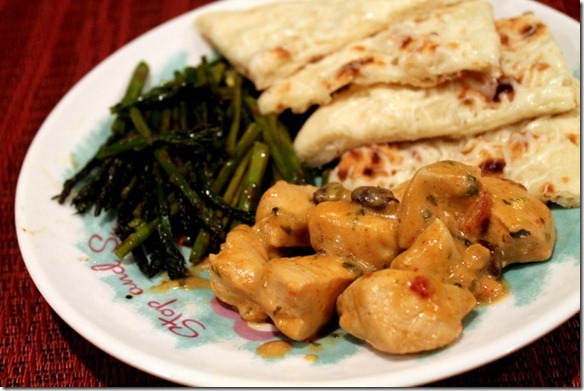 My favorite part of the meal though (since I am the carb queen, and all) had to be the TJ’s naan topped with a sprinkle of mozzarella cheese. Mmmmm, it was so good. 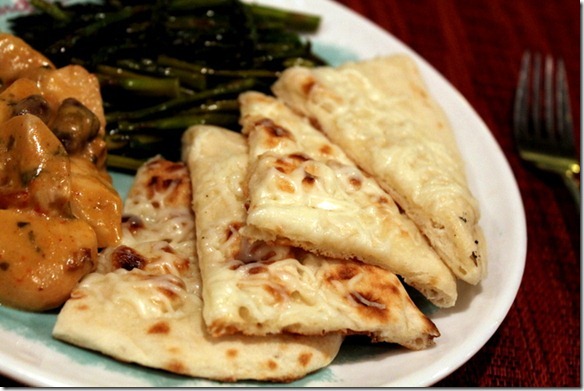 Shortly after dinner, while all the Twitter phenomenon was taking place, Jay and I settled in to watch HIMYM (still a little slow, but getting better) and The Voice. There were soooo many amazing performances last night! I’m going to guess that Miranda will be voted off, but I think my top two favorites right now would have to be Cassidy and Amanda. Mannnn, they can sing!

This bowl of cereal rocked my morning. 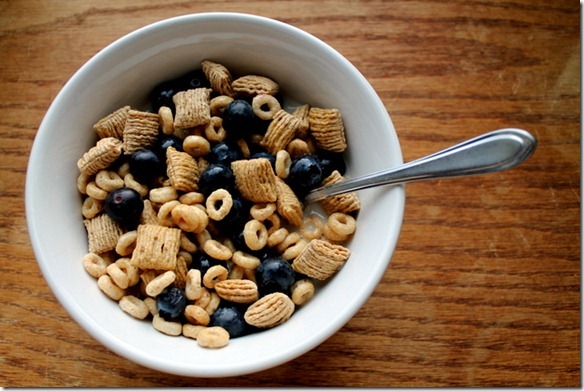 I blame it on the blueberries…they were surprisingly good today, and I can’t even remember the last time that I had them? They joined the two usual suspects as of late – Honey Nut Cheerios and Quaker Oatmeal Squares – along with some unsweetened vanilla almond milk. 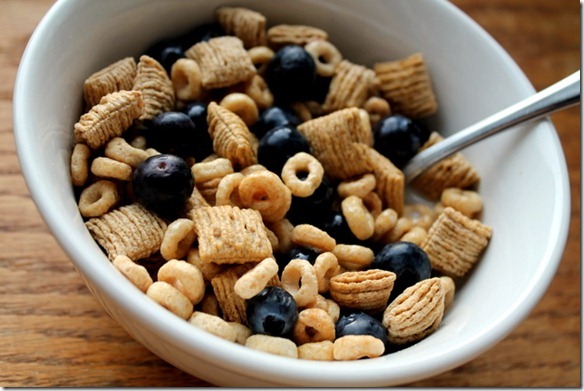 I was *this close* to going back for seconds had there been extra milk left.

Gotta jet…things to do, places to go, people to see!

When has the power of social media influenced, affected, or impressed you?