I firmly believe in the whole “your age is only a number and it’s more about how old you FEEL” sort of thing. However, it seems as if my skin hasn’t quite gotten that memo.

I mean, don’t get me wrong…I’m not unhappy with my skin. And I’ve always been quite fortunate in that department, since I’ve never really had to deal with any sort of bad acne. Really, the biggest issue I’ve always had has been the dark circles under my eyes and the fact that that skin can get rather dried out on me.

But recently, I’ve noticed that more of my pores have been appearing quite enlarged. Major boooo.

After talking with a few people, I’ve actually decided to start using a new witch hazel toner. I’m pretty sure the last time I used a toner was in junior high, and probably only because it felt “cool” to use something my mom may have been using at the time, or I read about it in Cosmo, or something like that.

As for toners, it’s said that they can tighten skin and are effective at preventing large pores from appearing obvious, so I’m giving it a go with this Dickinson’s Original Witch Hazel Pore Perfecting Toner. 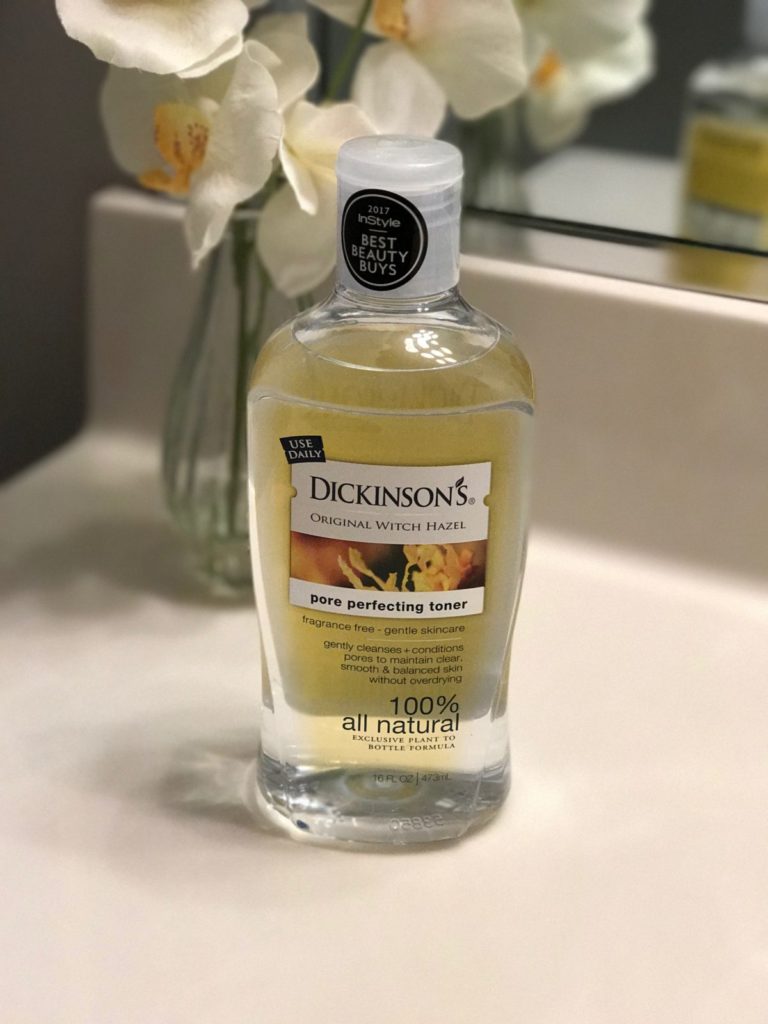 FYI: This post is not sponsored in any way, but it does contain affiliate links.

I’m only about a week and a half into using it daily, so I hesitate to say if I’m really seeing any results just yet. But I will say that there are a couple of things I’m loving so far…

So I guess we’ll see how things progress as I continue to use it more, but I’ll keep you guys updated!

Oh, and in that same shopping trip mentioned above, I also ended up picking up a bottle of this Garnier SkinActive Micellar Cleansing Water. 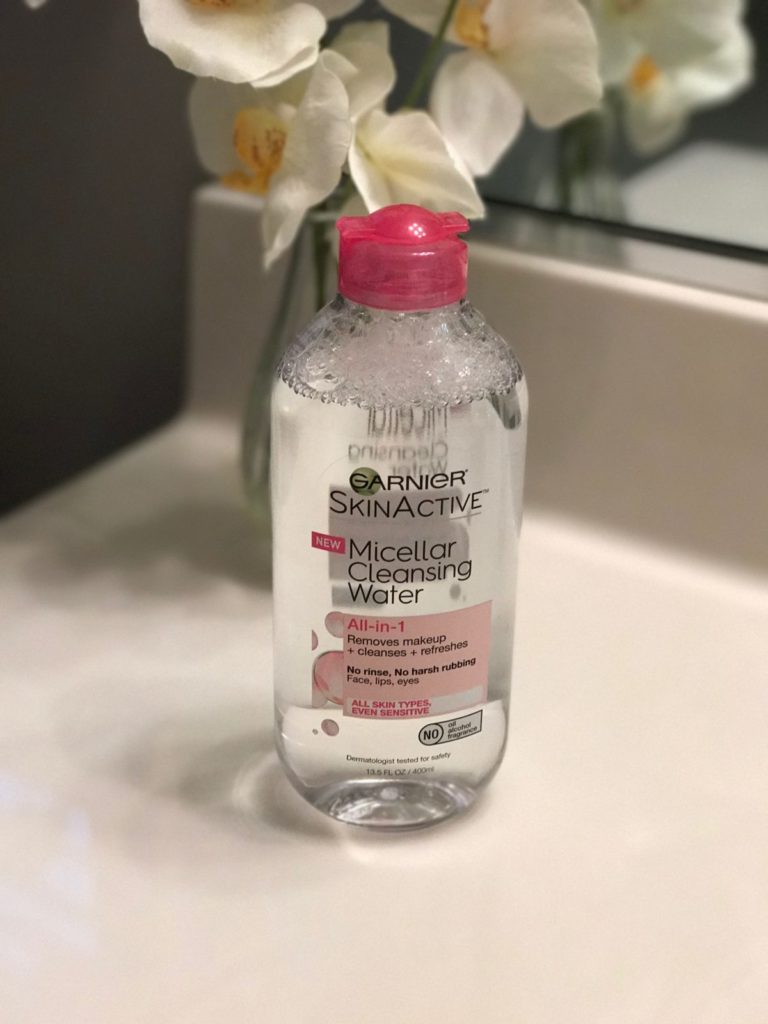 This was another product I’ve recently been hearing some really rave reviews on, so since it was also relatively cheap (less than $4.00!) I figured it was worth a shot.

I’ve also only used this one a handful of times, but here’s what I’ve noticed so far: 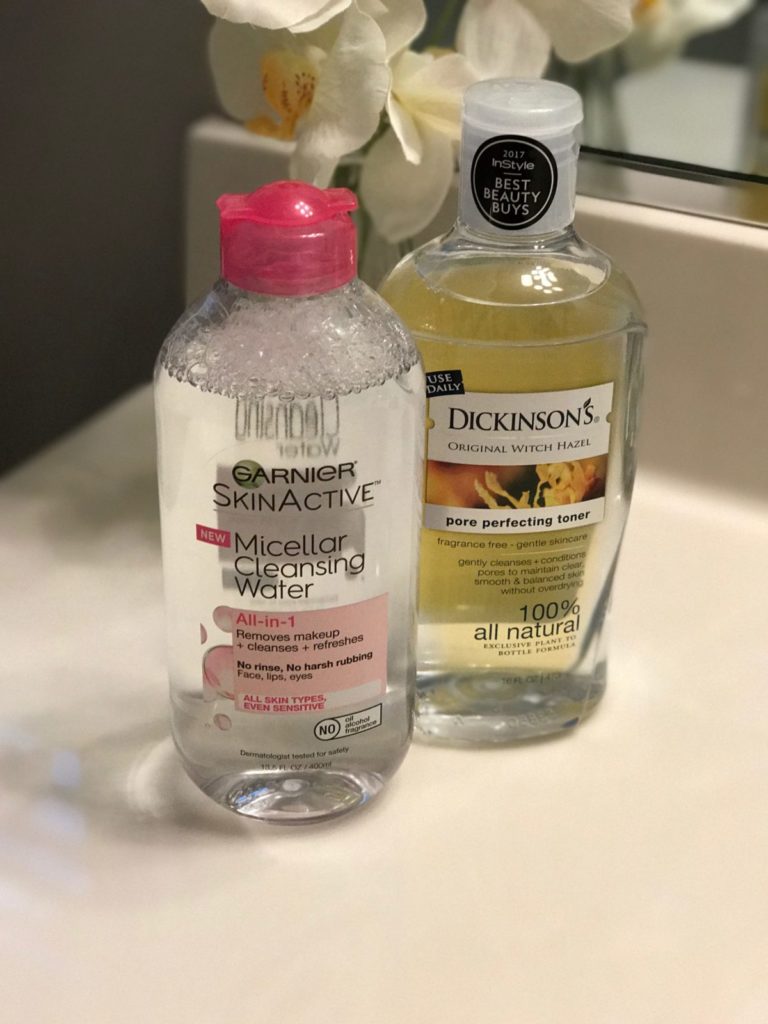 For a real blast from the past, THIS OLD POST (from 7 years ago?!?) shares my daily cleanser and moisturizer, although some of the other items listed have changed since then. Maybe I should do an updated post?!?

Do you use either of these products? What are some of your favorite skin care lines/products?

« Fun at the Farm
Weekend Stuff + MY New Haircut! »