Hey guys and gals! How’s your Sunday been going?

Things have been pretty low-key over here for most of us today, which has been fine by me. 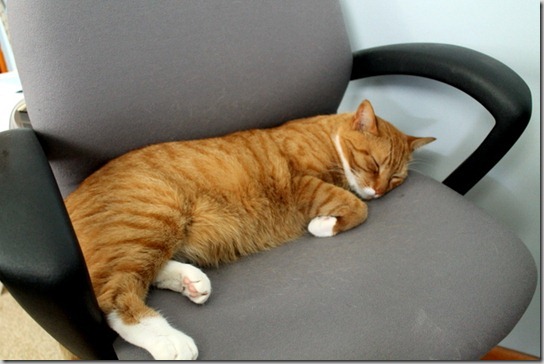 He’s honestly only moved from that spot once, and that was because he heard his food spoon.

I headed out earlier for a few errands, got the grocery shopping done, then came back and did a little yoga. 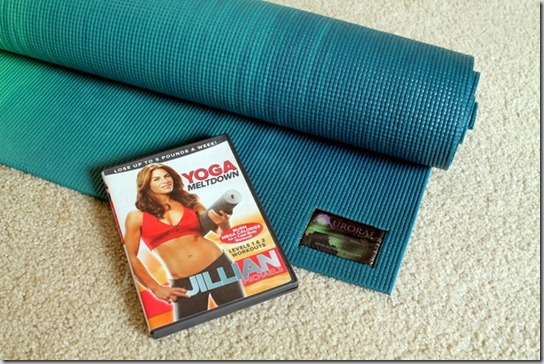 This afternoon, we also ended up having to install a new mailbox… 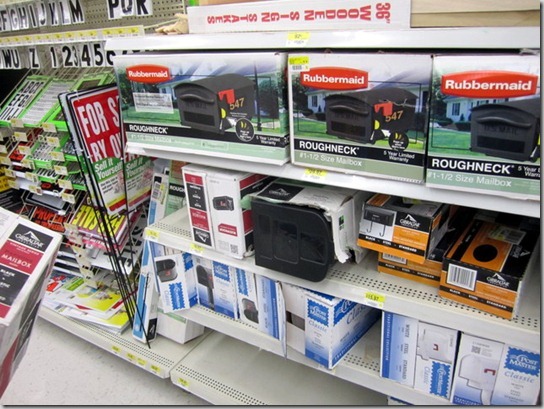 On Friday night, as we were coming home from our friend’s house and driving down our street, we happened to notice that almost all of the mailboxes on our side of the road had been vandalized. Somebody apparently thought it’d be cool to go down the entire street and bash in/knock over everyone’s mailboxes…

As mad as I was over the whole thing, it actually made me more sad than anything. The fact that people would do something like that for, what I would assume to be, nothing more than “fun,” is just so disappointing. 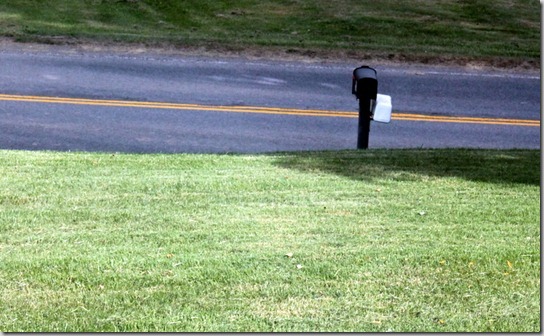 Thankfully mailboxes aren’t expensive and we’ve got a new one up and going, but the whole incident was just a major bummer. Thankfully, there is still some good in the world…apparently just not on my street.

Right now, I’m about to go make some dinner, which I’m pretty sure is going to include some of this Pizza Pasta that I bought from the Farmers Market last week. 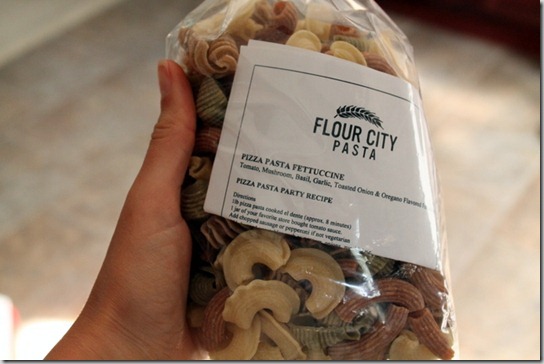 I’m so excited to try it out with my homemade sauce. Yummm.

But first, one quick thing!…

My recipe for Cheesy Crab & Shrimp Shells is up on the Hodgson Mill Pinterest contest page! Part of the contest is to see which recipes can get the most “likes,” and I would be forever grateful if all of my wonderful readers could help me out.

You should be able to just click on the photo to get to the pin, but if not, here is a direct link to my pin. Thanks so much, guys! You’re awesome on so many levels.

As another quick side note, you may have noticed some new changes to the ‘ol blog…I’ll talk more about those tomorrow.

Have a great night, everyone!