I just love venturing out and trying new places to eat…especially when you’re in good company with friends! 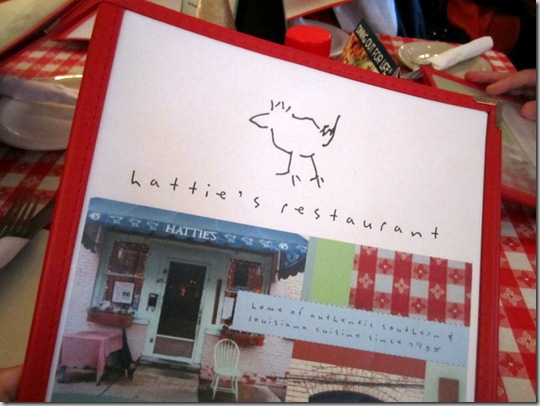 Last night, Jay and I joined our friends Brian and Mal for a new-to-all-of-us dinner spot in downtown Saratoga known as Hattie’s Restaurant. All four of us have heard about Hattie’s but never made the trip there, so we decided to give it a go.

Hattie’s is a small place, but its dining room is definitely filled with lots of Southern charm…almost as if you’re “at home.” 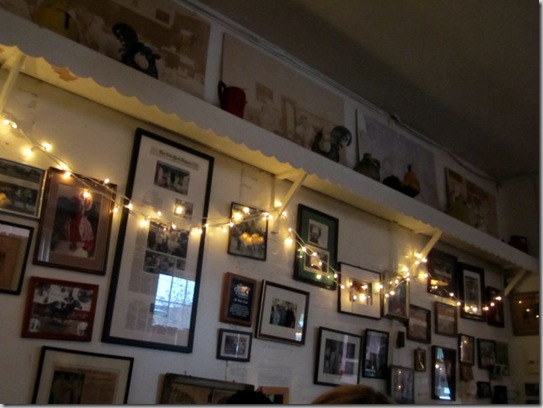 Hattie’s, which has historically been in operation since 1938, serves a variety of Louisiana and Southern dishes, but it’s probably best known for its famous Southern fried chicken. 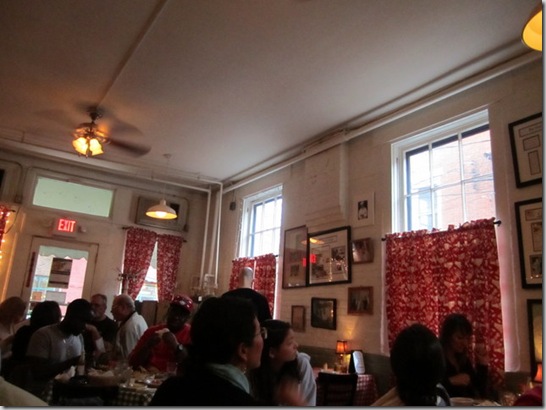 So famous, in fact, that it was actually one of the featured restaurants on the Food Network’s “Throwdown with Bobbly Flay” – and Hattie’s won! 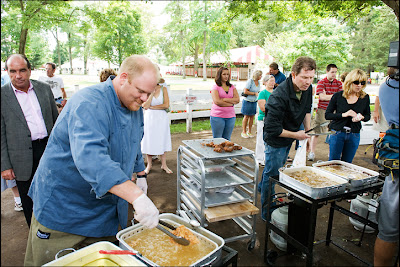 That little factoid alone made me excited to try out Hattie’s despite the fact that fried chicken isn’t usually my dish of choice.

We were lucky to not have to wait for a table, and shortly after we placed our orders, we were given a basket of homemade biscuits and cornbread. 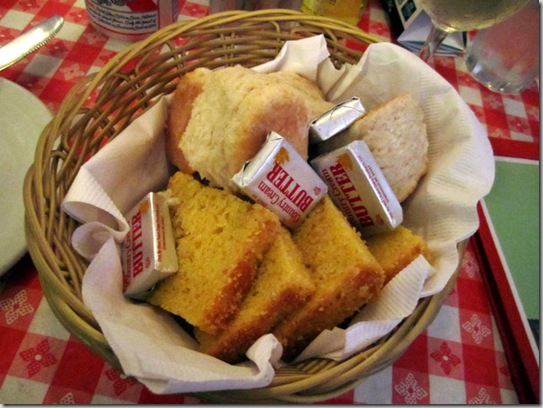 I enjoyed one of each and I loved the fact that they were not only delicious, but also fairly mini. 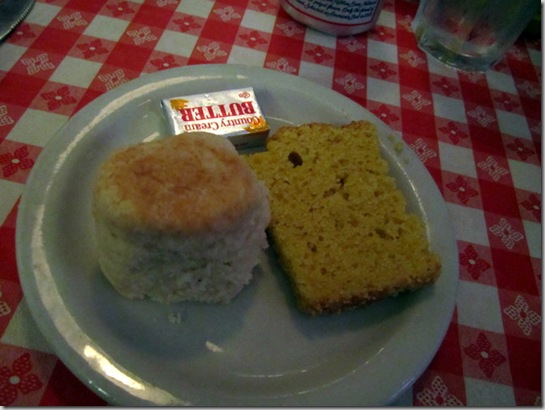 I also ended up having a glass of pinot grigio with dinner, and Jay kept it classy with some PBR. Hey, for $2.00, I guess you can’t pass it up (or so he says…)? 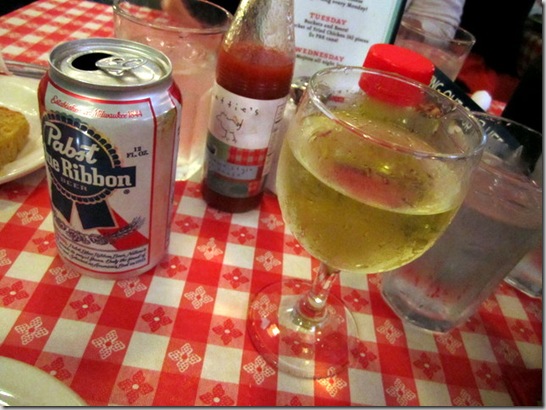 There were a few items on the menu that sounded intriguing, but I ultimately decided I should go with the fried chicken. When in Rome, right? 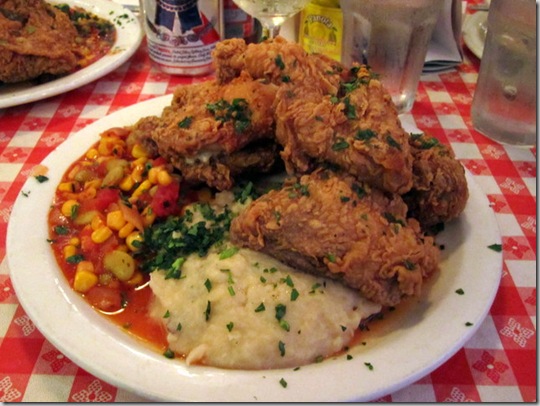 I got to choose two sides with my chicken, so I got the mashed potatoes and succotash. I had actually never tried succotash (and had no idea what it even was until I asked our waitress) but I loved it…lima beans and all. 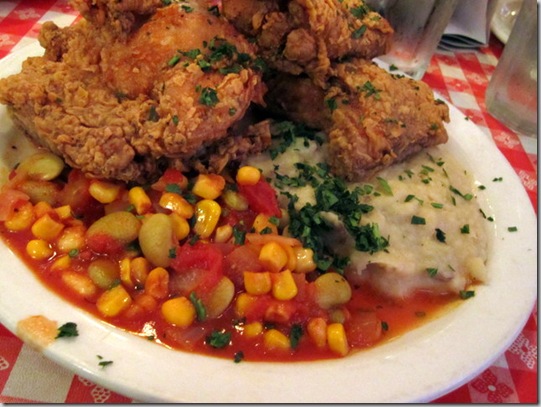 The fried chicken itself was actually very tasty. I honestly had never ordered fried chicken up until last night, and I really don’t even know if and when the last time was that I tried it, but I was impressed. I’m not typically a fan of the skin on chicken, so I picked most of that off which, I’m sure, probably defeats the purpose of fried chicken? 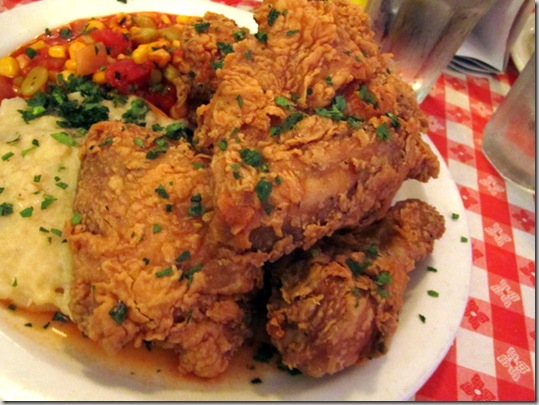 But even without eating most of the skin, the chicken itself had great flavor.

The portions they served were enormous, so I ended up picking through about two of the four pieces that I was served. This meant leftovers for Jay, making him a happy camper. 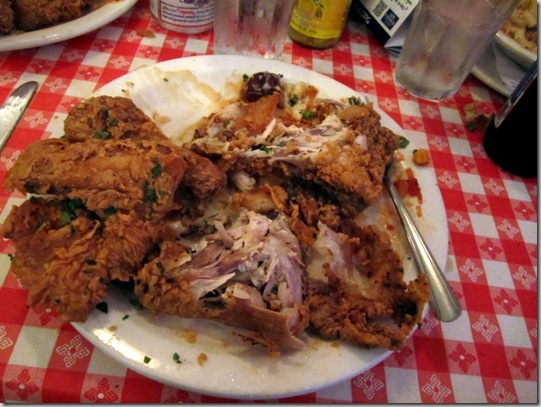 Since we were already up in Saratoga, we decided to swing by Plum Dandy for a little dessert pit stop. Any guesses which one is mine…? 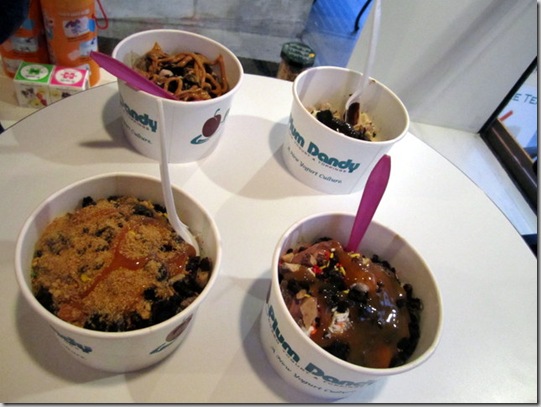 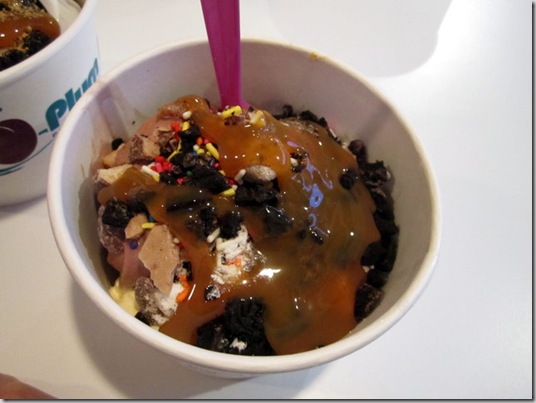 This cup was good, but not the best, and we all decided that we’re bigger fans of TCBY’s fro yo flavors, but we like the variety of toppings at 16 Handles the best. However, Plum Dandy did offer Funfetti cake mix as a topping choice, which I thought was pretty amazing. Either way, it’s still fro yo, and we all left happy…and stuffed.

Got a few things on the agenda for today…time to go get crackin’ on ‘em!

Are you a fan of Southern cuisine? What’s your favorite dish(es)?

« Scenes from Saturday: Black and White
Goodies From Jamaica »