Okay, did anyone else watch How I Met Your Mother last night??

Not only was the episode hilarious, but I ended up having quite the laugh during the scene where Ted walks into the bar with that green dress on. At first it was funny because, well, he had a dress on. But then, after looking at a few more details, I realized…

Ted was wearing almost my dress! The same one I wore this past year to Sarah & Jeff’s wedding, 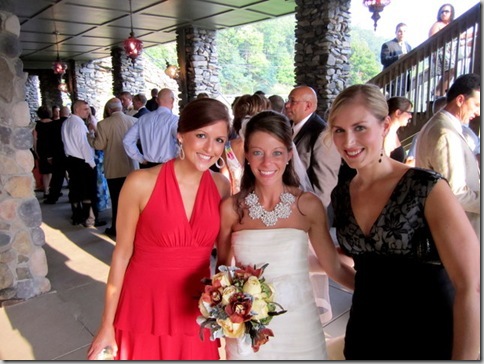 and almost two years ago at Joe & Kate’s wedding. 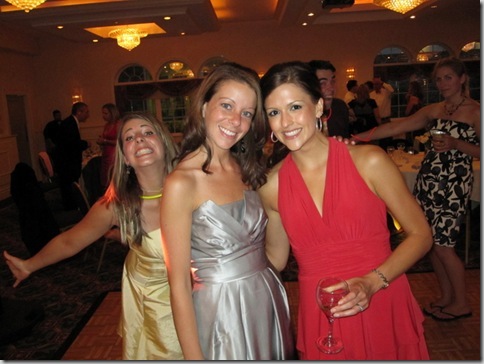 The only difference I saw was the bottom of the dress (mine is tiered, Ted’s wasn’t) but I found the whole thing rather amusing…except, of course, when Jay told me that Ted wore it better. That was not amusing.

Okay, maybe it was just a little.

Shortly before HIMYM started, I scarfed down a quick and simple dinner after a late shift at work. 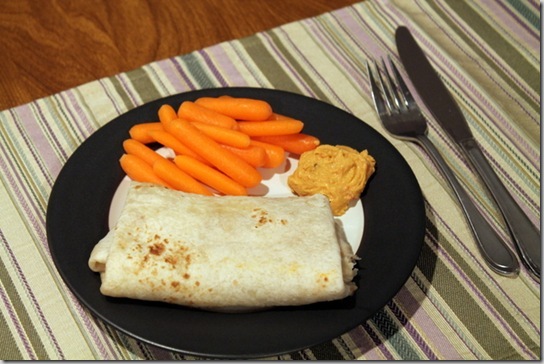 I had a few coupons for these evol. burritos back from when I received that awesome package of Colorado goodies and decided to grab one from the freezer to try. 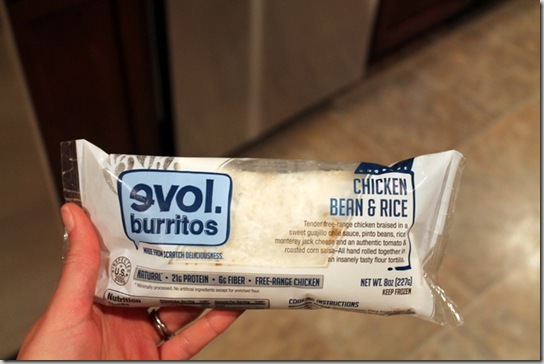 For being a frozen burrito, it wasn’t bad at all, and the flavor was actually pretty yummy. I mean, it’s no Bombers burrito, but it came through in a pinch. 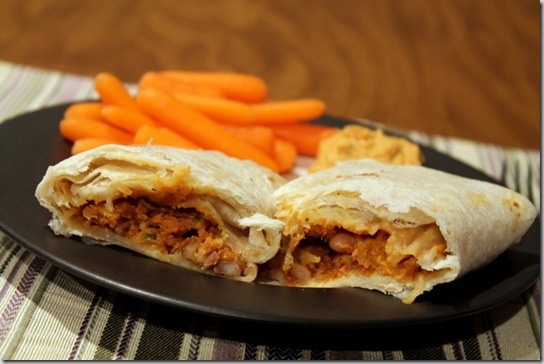 After dinner, I enjoyed a couple pieces of leftover Easter chocolate. 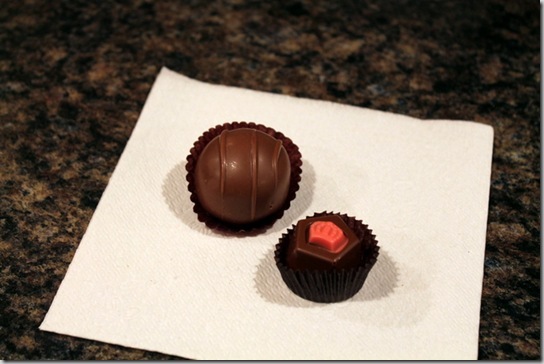 This morning, I enjoyed an extra hour and a half of sleep since I don’t have to be into work until later this afternoon. It was so nice to take my time and put together a leisurely breakfast. 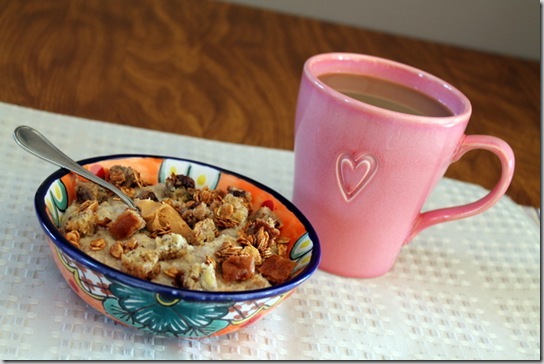 Today called for oatmeal. Nothin’ crazy…just a regular oatmeal base topped with some crumbled bread, granola, and a mini scoop of pb. 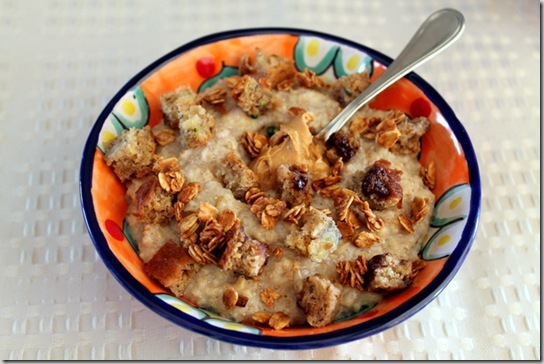 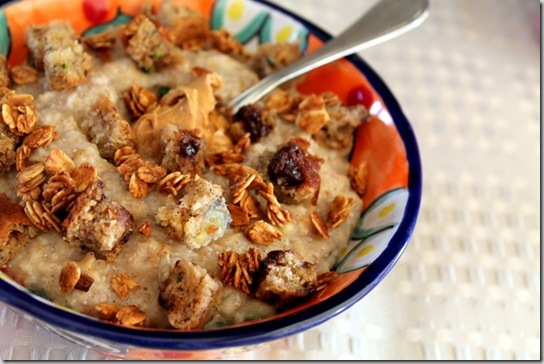 It’s nuts to think that before I started writing this blog, I never EVER ate the stuff. Crazy, right?

Once this settles, it’s time to take care of my workout for the day. Not quite sure what’s on the agenda…I may switch things up a bit in my bootcamp schedule to work with my own schedule for this week. We’ll see what happens!

Have you ever noticed someone on TV wearing something you own?

Are there any foods you never used to eat but now can’t imagine NOT having them?