Motherhood is tough. I think we can all agree upon that one, right?

Each age comes with its own trials and tribulations, as well as its little victories.

With Lucas, three was hard.

Four has also had its challenges, but in somewhat of a different way. These challenges have often convinced me that he just likes to purposely drive me insane, I know nothing about parenting, or that maybe I just somehow speak a different language that he just doesn’t understand, so THAT is why he listens to nothing I say.

But then, there are those moments that make you take a step back and breathe in a big sigh of relief because you realize that, deep down, you do actually have an amazing kiddo in there.

Like the brief moment when you’re walking the isles of the grocery store and an elderly gentleman starts coughing; that little kiddo who just spent five minutes arguing you with you in the isle before about getting more cereal proceeds to walk up to that gentleman and ever so kindly asks him if he’s okay.

Or the time you’re leaving the doctor’s office for the 800th time this year, and a woman comes walking down the hallway with a walker; that little kiddo who just threw a fit because he couldn’t have the cell phone to watch YouTube videos on the car ride home proceeds to glance at you with a concerned look and then goes right up to that woman, ask her what happened, and if she needs any help.

Empathy is not something that is easy to teach, but it is something that I have tried SO hard to focus on with my boys. Because, above all, kindness is everything. And the fact that, even though there are many days where the majority of his actions might say otherwise, it appears that he really is listening. And we must be doing something right. 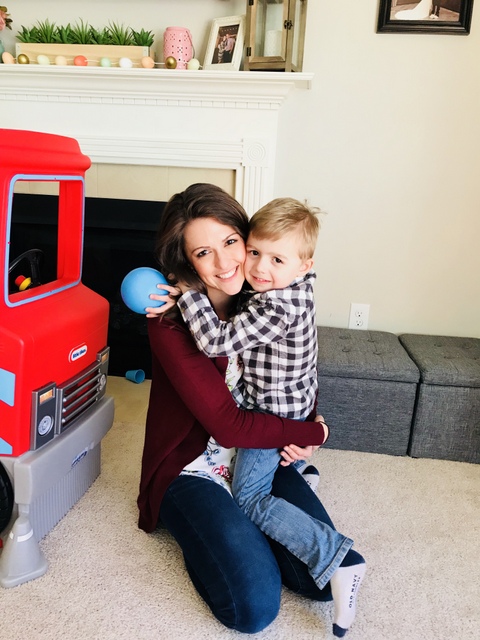 So I share this with you today, not to try and toot my own horn (because I’m certainly no better than you or the next mama, and we’ve had our fair share of timeouts this week), but to remind you to not be so hard on yourself. And to look for those little moments. Most nights, I go to bed thinking that I could have done something better as mom. I could have been more patient, I should have talked more about xyz…”should have” and “could have” are all pretty commonplace in my evening roundup of thoughts.

But today, and for the days to come, I’m choosing (or at least trying) to focus on the little moments, because it’s all too easy to get caught up in the tough ones. So like, right now, when Lucas was put to bed an hour ago, has been out of bed three times, and apparently just does not want to go to sleep…I’m going to focus on the fact that the last time I was summoned to his room, it was so he could sing me a sweet song.

I mean, I totally know it’s a total stall tactic, but he won’t want to be singing me songs forever. <3