Tonight, Jay and I headed over to his parent’s house for dinner.  A home-cooked meal made by someone other than me?  You betcha! ;)

Look at the pretty table decor.  My mother-in-law, Rosemary, always does such a nice job with the presentation :) 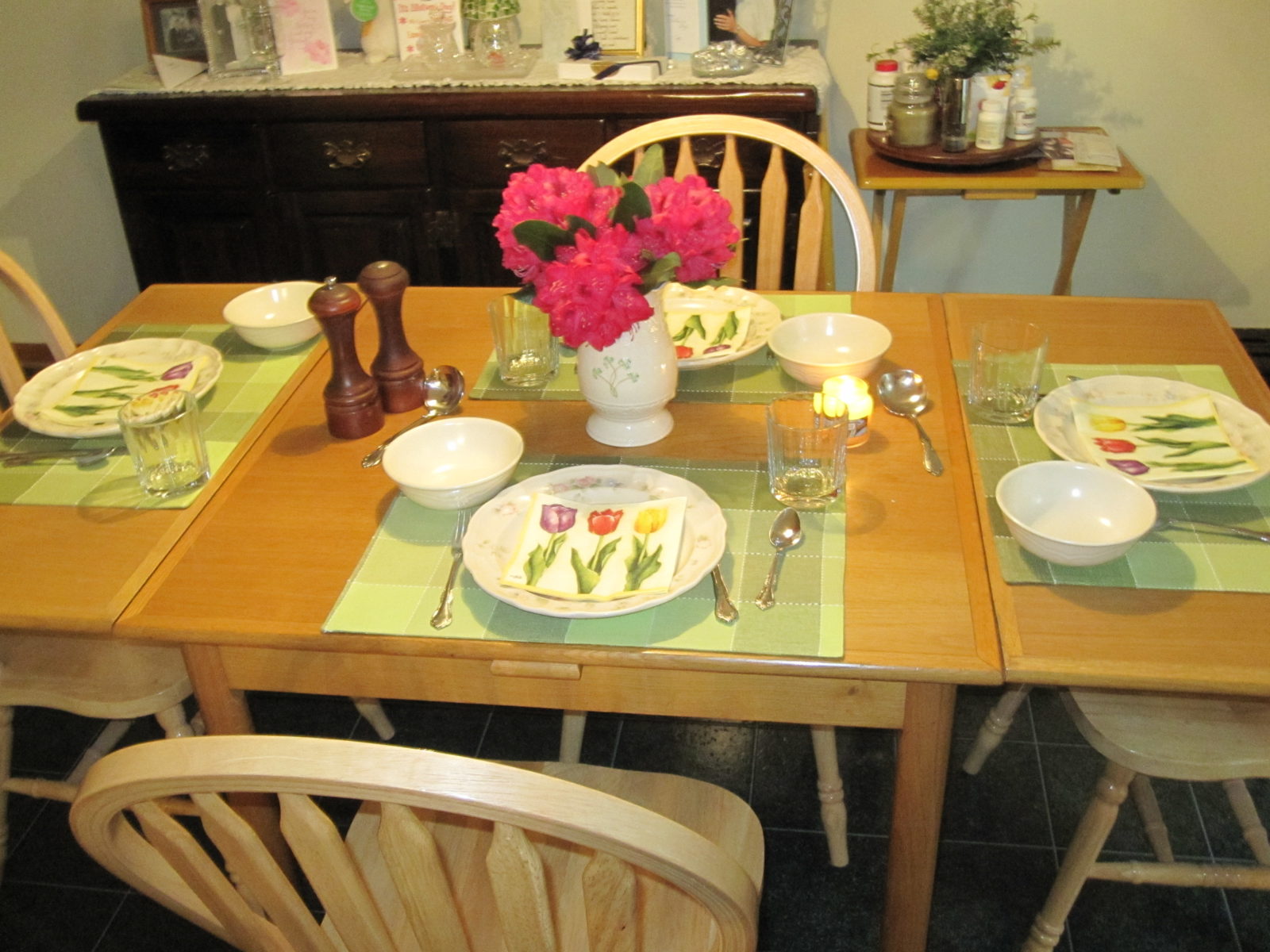 Aren’t those flowers gorgeous?!?  She actually got these rhododendrons from her backyard! 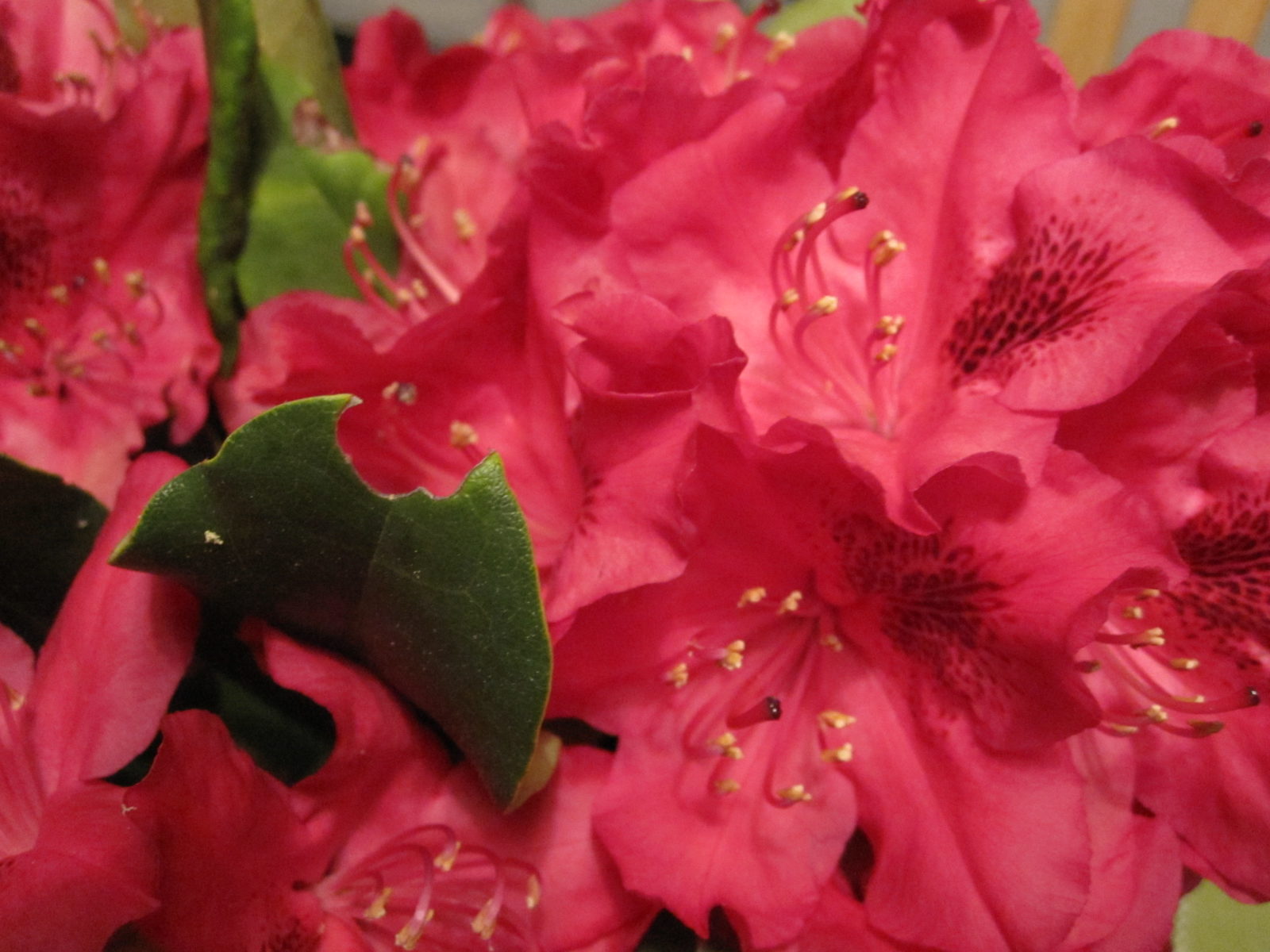 On the menu tonight was a yummy roast turkey 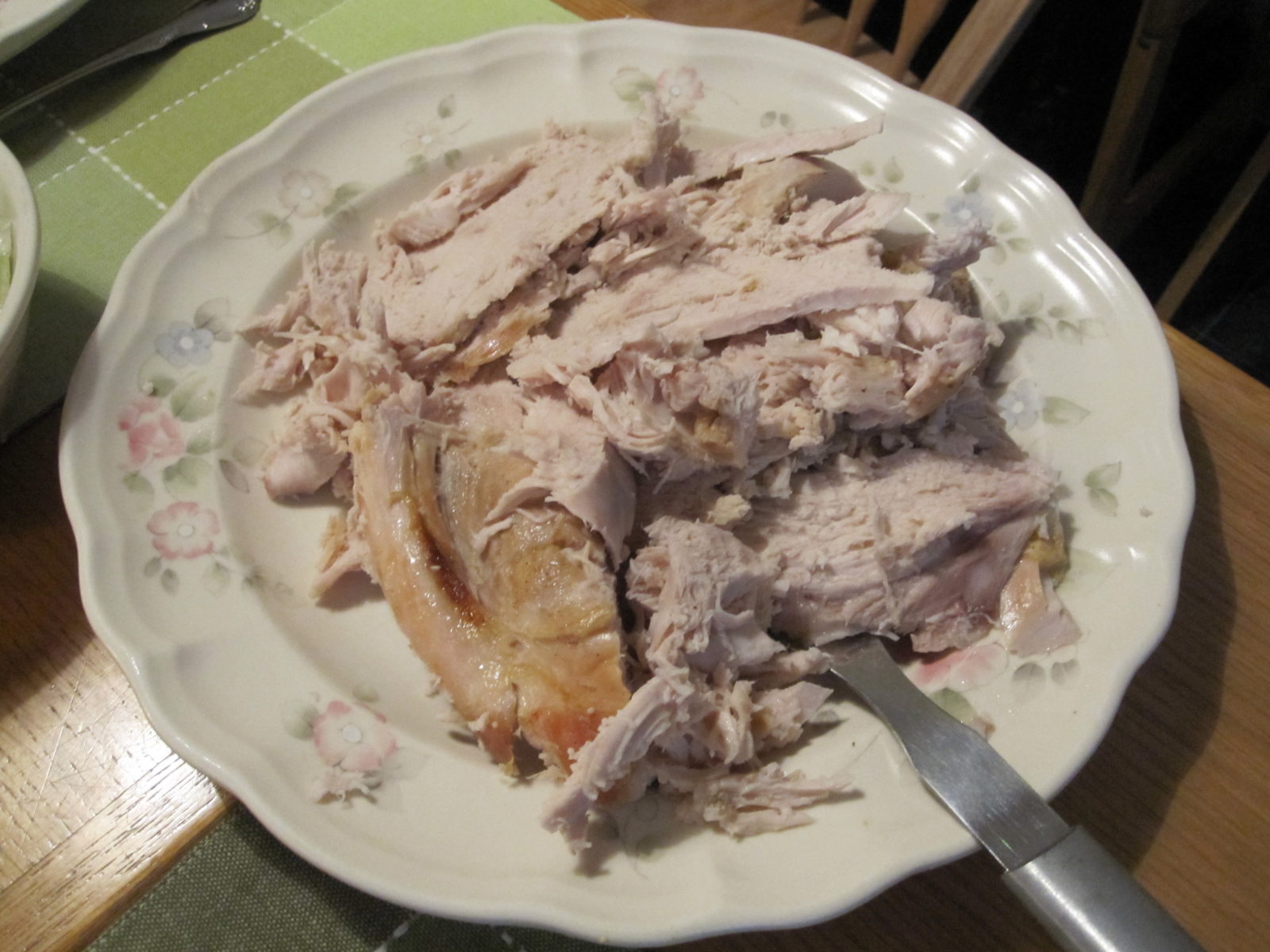 And some mashed potatoes…well, we tried our best to salvage what we could of them!  They ended up getting a little over-cooked while boiling, which made them very watery.  Since Rosemary isn’t used to making the spuds from scratch ( ;) ) I did what I could to help out.  They still ended up a little on the “thin” side, but the flavor turned out pretty yummy!  Hey, if nothing else, the leftovers will make a great batch of potato pancakes, right? :-D 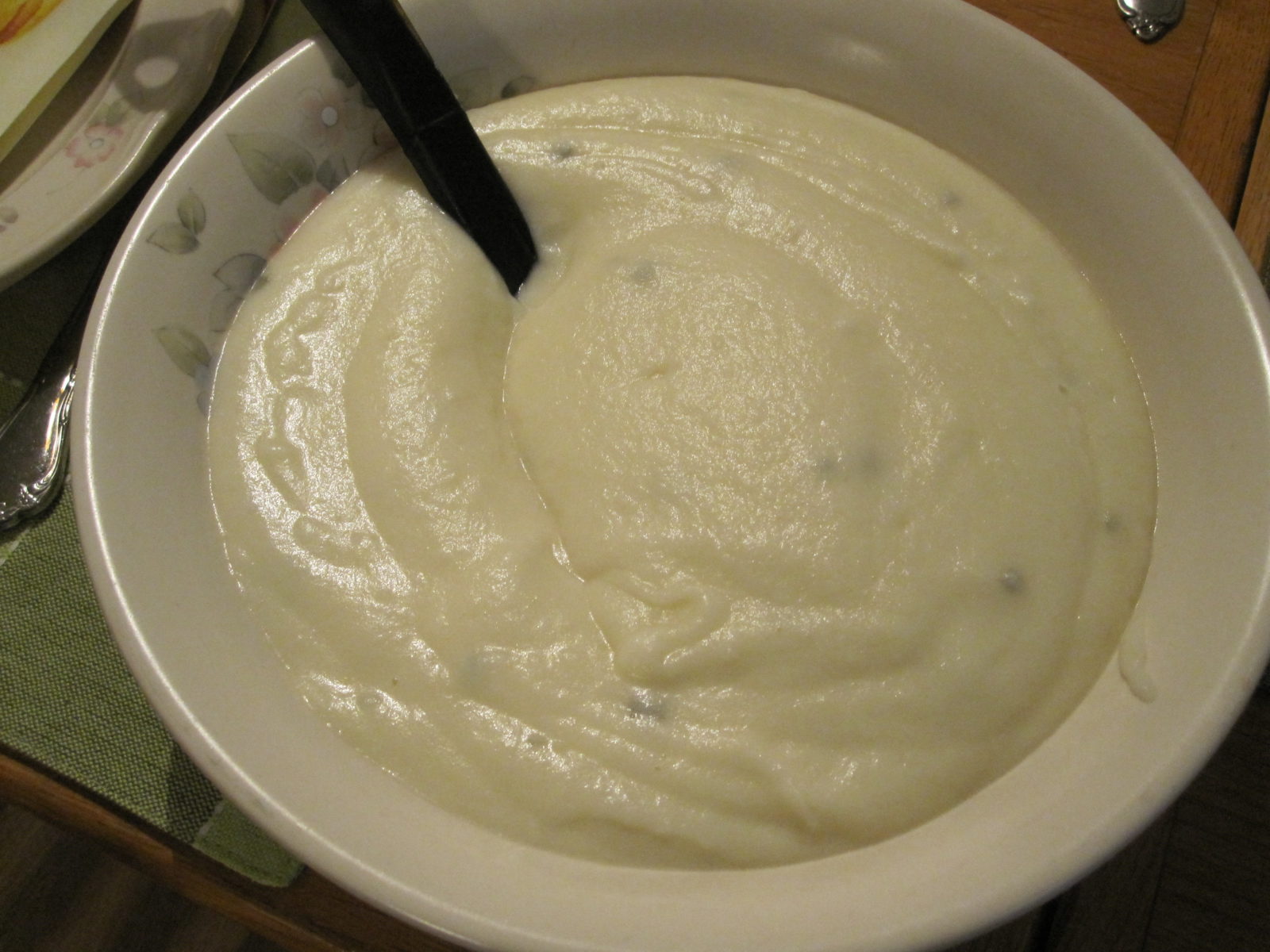 I helped myself to a small serving of turkey, some mashies, & asparagus. 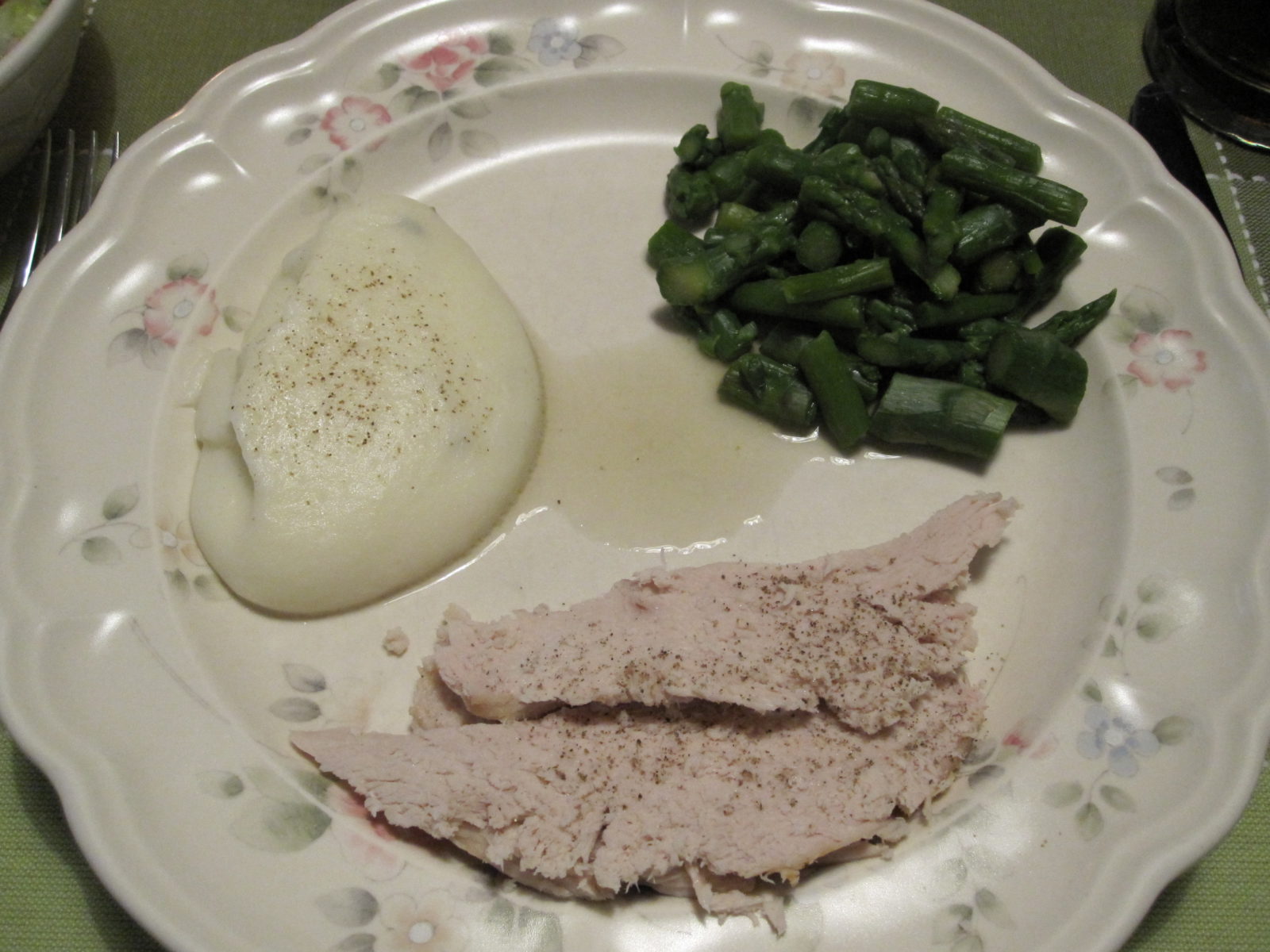 On the side, we also had some fresh, delicious salads.  Why is it that salad always tastes better when someone else makes it?!? ;)  I drizzled mine with a little balsamic vinegar. YUMM! :-P 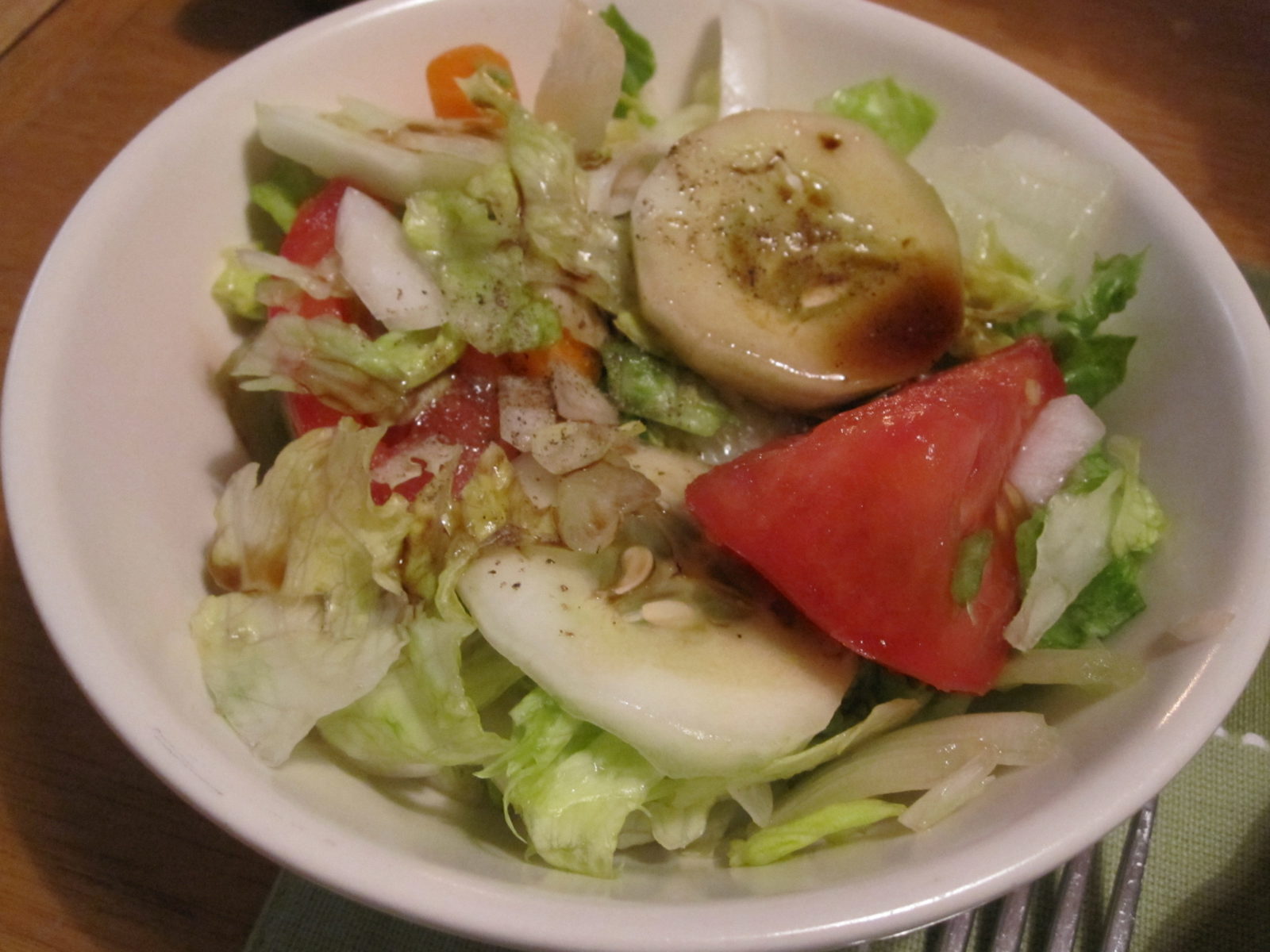 After dinner, we all ended up watching our Wedding Video!!  It had been a while since I watched it last (a couple weeks) so apparently I was no longer desensitized to the whole thing.  Yup, the tears were a-flowin!  Umm, I mean…uhh…those darn allergies were kickin’ in again… ;)

I LOVE watching our video – I swear I think I could watch it every day.  I’m so glad that we ended up making the decision to have a videographer at our wedding.  I’ve heard many people who decided not to get one, say that they wish they had in the end.  It just captured so many memories that a photograph just can’t hold.  The first time we watched it, I was amazed at how much I actually didn’t even remember from that day.  It goes by SO.FAST.  Personally, I think if you’re getting married, and you have the room in your budget, you should go for it!

We ended up checking out a bunch of different ones, but we were so happy with who we chose to go with, Videocraft.  They did a wonderful job, were very easy to work with, and were completely professional with their work!

« How Dirty Is Your Makeup?
Chicago Bound? »