Ohh it was a great weekend, my friends. I feel like I say that come every Monday morning, but honestly, they really are. Being able to be home for those two days with my family after working all week really is just so nice, so I’m pretty sure I’ll continue saying they’re great weekends unless something horrible happens. But let’s hope it doesn’t!

Here are some of my favorite highlights from this weekend…

Saturday evening take-out. Since Jay and I ate in on Friday night, we decided to order some take-out on Saturday, which came in the form of some Bombers burritos. I ordered my favorite, of course. 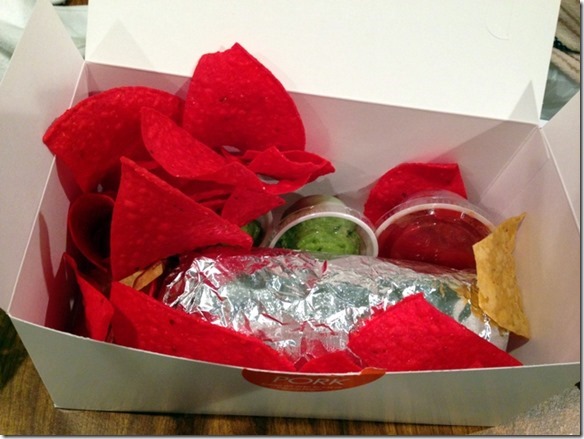 While we ate at the table (a huge shockers, since we’ve been eating every single meal at our coffee table), Lucas also joined us and had some dinner, too. We joked saying it was our first real meal where we all sat down and ate together. 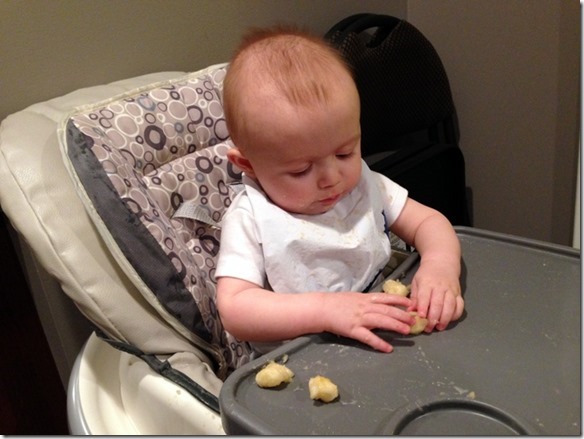 I decided to let Lucas play around with some ripe bananas to see what he’d do, but he really just squished ‘em around. We’re spoon-feeding over here!

Once Lucas was in bed, I finished up on the cookies that I had been working on earlier on the day. When I tell you I had SUCH high hopes for these, I’m really not kidding. Unfortunately, they sort of exploded on me… 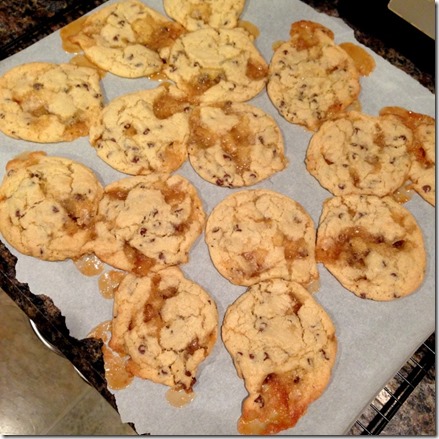 Saturday night also included a movie for me and the hubs. 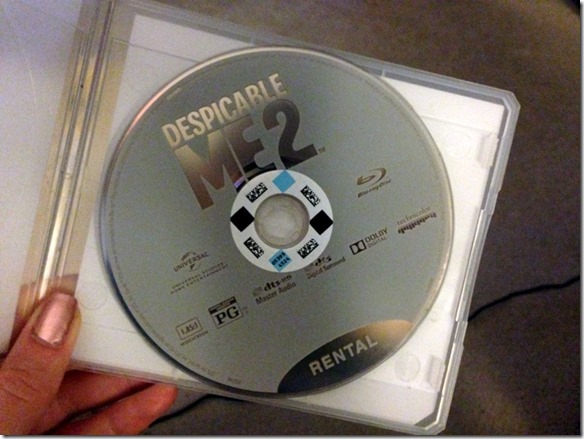 Have you guys seen this movie? So stinkin’ cute. And no, we didn’t care that we were 30 (well, almost for me!) and hanging out on a Saturday night watching an animated movie. It’s what all the cool kids are doin’.

Sunday morning highlights included Jay offering to take care of the grocery shopping while I squeezed in a workout. Saturday’s workout included some Pilates, and Sunday’s was one of my favorites – 10lb Slimdown Xtreme Kickboxing. 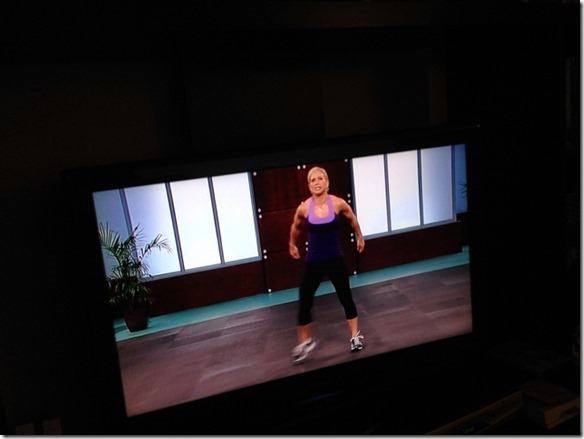 I started a little while after Lucas went down for his morning nap but, unfortunately, somebody woke up a little early on me. I still had about 20 minutes left in my DVD, so I got him from his crib and put him in his swing while I finished up. Luckily, he had a ball watching me right up until just before the cool down…then he had had enough. 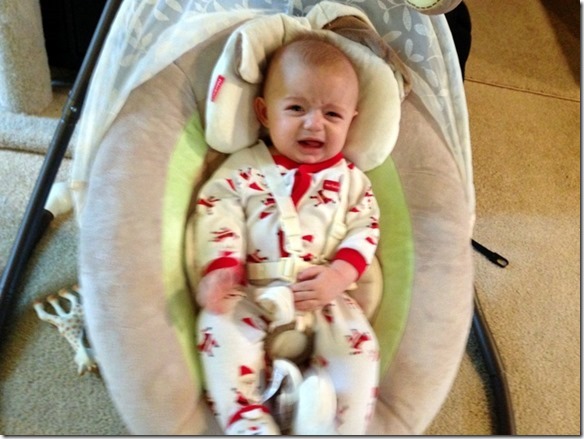 Nothing that a change of scenery and some Jake and the Neverland Pirates couldn’t fix though. 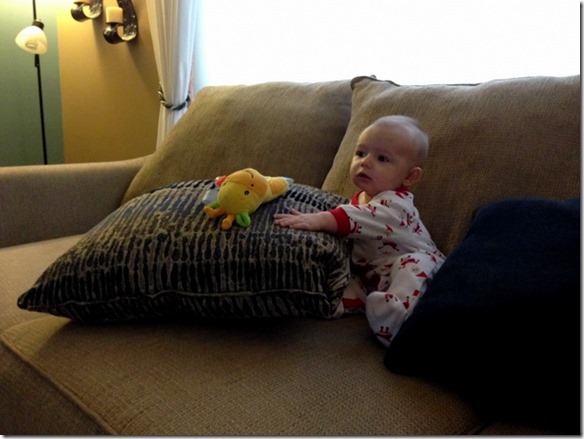 Sunday night’s dinner was absolutely a highlight. During the afternoon (while Lucas slept on me, no less), I whipped up a batch of my favorite Chicken & Veggie Soup + some cornbread. 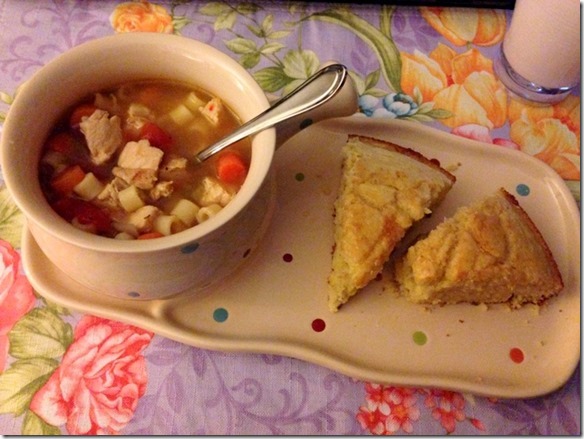 I could seriously eat cornbread every single day of my life. Not even kidding.

Shortly after dinner, I left my boys for the evening so I could head out to watch my little bro bowl in a tournament. He made the taping for the TV show (just like my dad did a couple of years ago!) and actually won the tournament! Goooooooo, Dan! 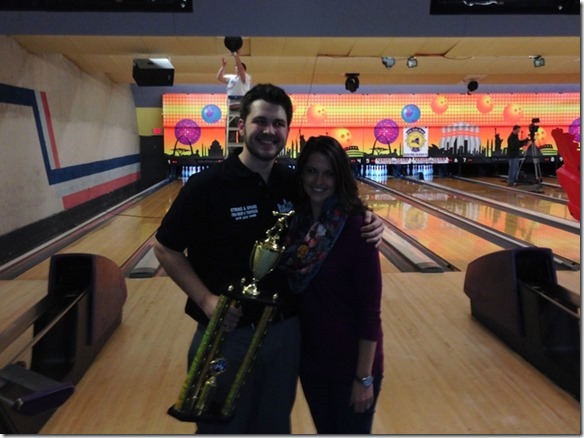 Oh yeah, and I also finally got my hair cut this weekend too. Here’s an awkward (aren’t the all?) selfie shot for ya, since you really can’t tell too much up there… 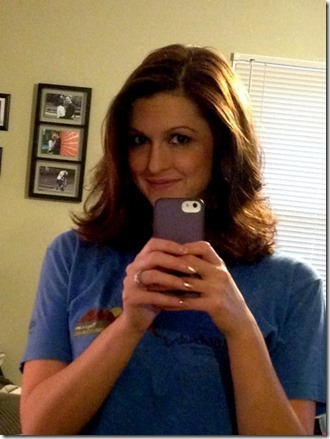 Trying to decide if I want to go even shorter?? But for now, definitely diggin’ it.

My last highlight for the weekend included some of those cookies you saw up above along with some couch time with my sweetie before calling it a night. All in all, I’d say I did a pretty good job of checking off some things off of my “wish list” this weekend.

How was everyone else’s weekend? Do anything fun and exciting?