Another weekend come and gone…and if I’ve said it once, I’ve said it a thousand times, but mannnn, do they go by way too quickly. Who’s with me?

Did YOU all have a fabulous weekend? I’m happy to report we had another great one over here, filled with some fun, family, and festivities. The four of us all had a low-key Friday evening with some Panera take-out for dinner (have you guys tried their autumn squash soup?!? OMG yum) and an early bed time. 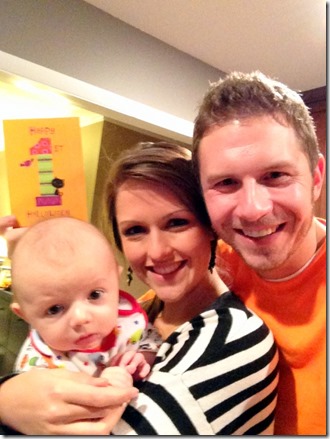 Cody and Lucas even spent a little QT together. 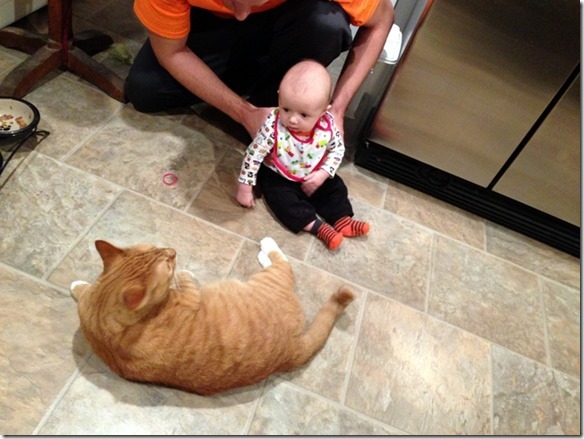 Saturday morning started out with some of my favorites. 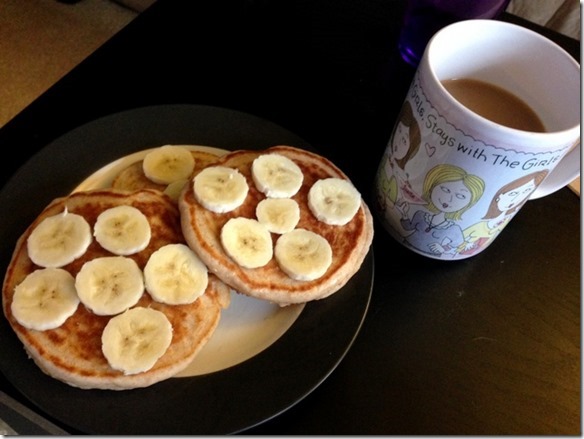 Can’t beat a hot plate of Kodiak Cakes and a hot mug of coffee. Mmm mmmmm.

We spent some time Saturday afternoon visiting with my parents who came to visit, which was really nice. And then, the three of us got all dressed up to get ready to head to our Halloween party.

Since we actually had Lucas with us this time, it would have been hard to use the costumes we had last week, so we switched it up… 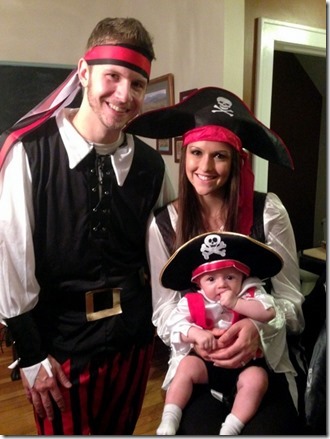 and went as a little pirate family.

I actually wound up going to one of the local Halloween stores on Saturday morning and picked up the costumes for me and Jay last minute. Since it was after the holiday, everything was 30% off, so it wound up working out pretty well. I just couldn’t help myself from getting all matchy-matchy for Lucas’s first Halloween. 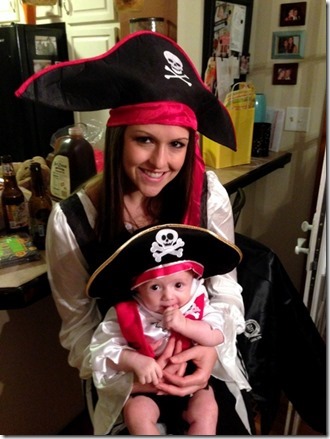 The party, hosted by my friend Joelle and her husband Kyle, was super fun and of course, it’s always great hanging out with these girls. 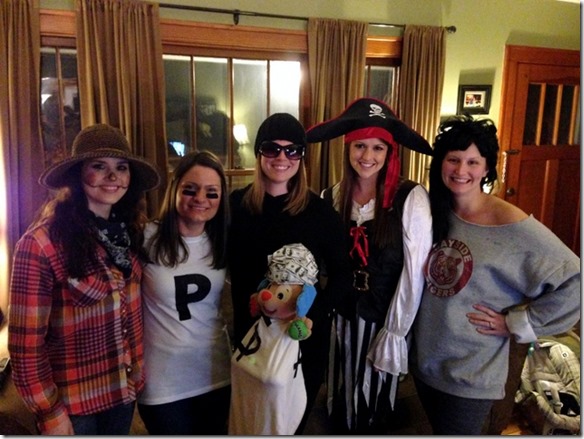 But this year’s Halloween party was verrrrrrry different than years past…and that’s because there were quite a few new guests on the invite list. 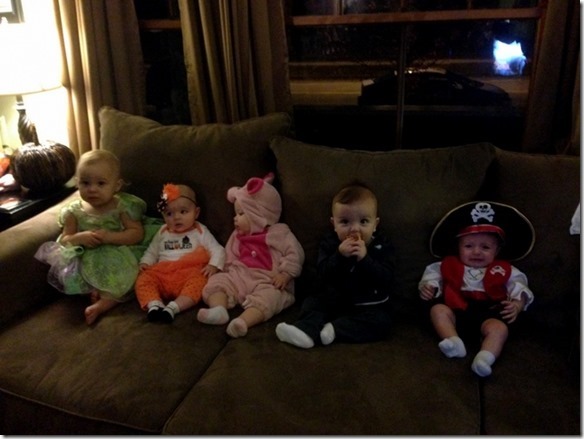 Both of my friends Kathryn and Joelle had their babies this year (Allie’s in orange and Griffin is next to Lucas), and they’re all within about 4 months of each other, which is awesome. Although by the looks of Lucas, he doesn’t seem to be so excited about it, now does he? Bahaha.

Luckily, little man was actually pretty good for most of the evening. We put him to sleep in his car seat so we could have a few more hours to hang out with our friends before eventually heading back home. And actually, I think the awkward bedtime and all that may have played to my advantage a bit because Lucas did not seem all that phased by daylight savings time, and this mama got to sleep until about 8:45am. Seriously…I was a new woman.

We got the morning started with some playtime and some leftover waffles reheated in the toaster (SO good that way). 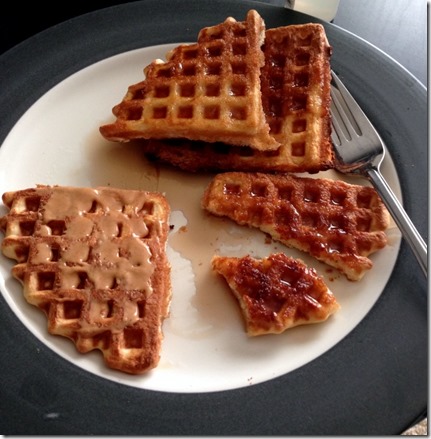 A little while later, after putting Lucas down for his nap, I even managed to get in a workout for the first time in almost two weeks. Nothing crazy – just a little strength circuit I put together on the fly – but it felt great to get moving again…and to actually have the energy to move!

Sunday afternoon we watched the Jets game which, of course, was a bit of a nail biter… 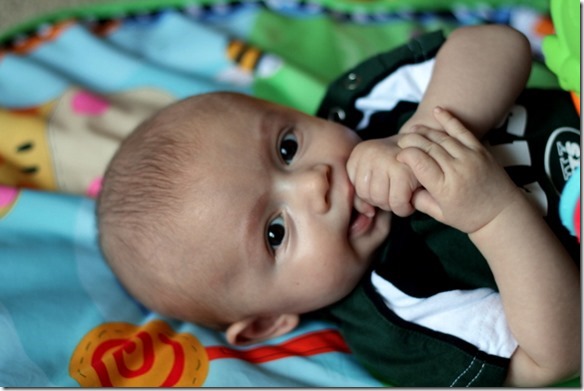 But we came out with a big win, which made for a happy household. 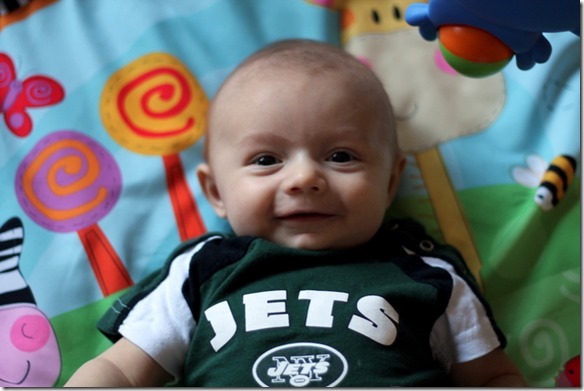 Sunday dinner wasn’t anything too crazy, but it was better than the takeout we were considering getting. Just a couple big side salads paired with a frozen pizza. Simple, easy, yummy. 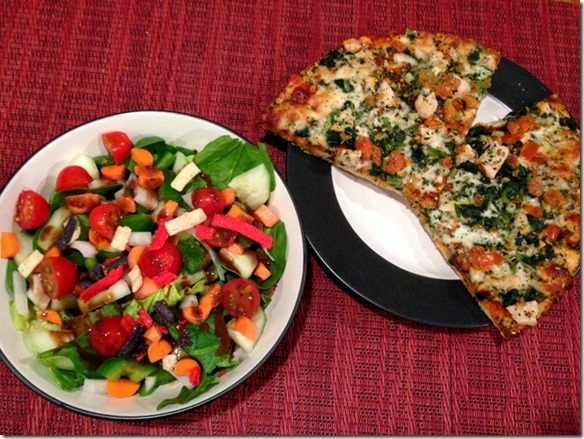 And then, before we knew it, the weekend was over. Time sure does fly when you’re having fun, huh?

Happy Monday, friends! Here’s to a great week ahead for all of us!