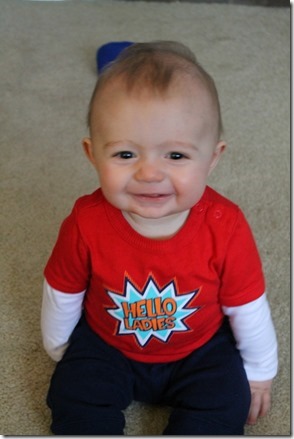 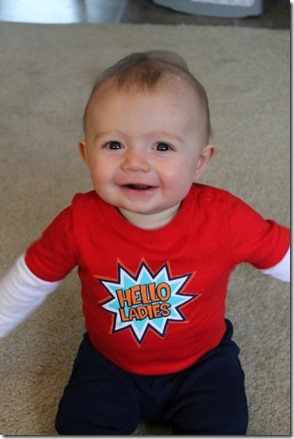 How was the weekend? Good? Great? Ours was fantastic. Jay and I went to bed last night (after consoling an oddly upset babe from about 9:30-10pm) saying just how good of a weekend it was and how fun Lucas was. He was in the best of moods all weekend long and was just a blast to hang out with.

There weren’t too many photos taken (the instinct to take photos doesn’t seem to come as naturally these days) but there were some highlights, starting with Friday night. It included some homemade guacamole and quality couch time before passing out nice and early. 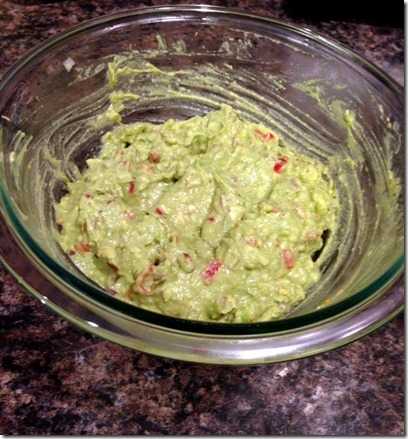 Jay makes a mean guac, let me tell ya. That stuff was goooood. Friday night also included a fantastic episode of Late Night with Jimmy Fallon. Seriously, are you guys watching this show??? We just love him.

We also can’t usually stay up late enough to watch it live, so we DVR it. 😉 Friday night’s episode had Justin Timberlake as his one and only guest and a little History of Rap 5. So great.

Saturday was busy, busy, busy. We were out the door around 10:30am to start running some errands, we visited Sarah and Jeff for a bit, and then we headed over to our friends’ Brook & Andrea’s house for their son Brody’s 3rd birthday (seriously, where does the time go??). The party was a great time, complete with lots of good food (aka, I ate way TOO much food); but I think my favorite part was getting to see the babies interact. 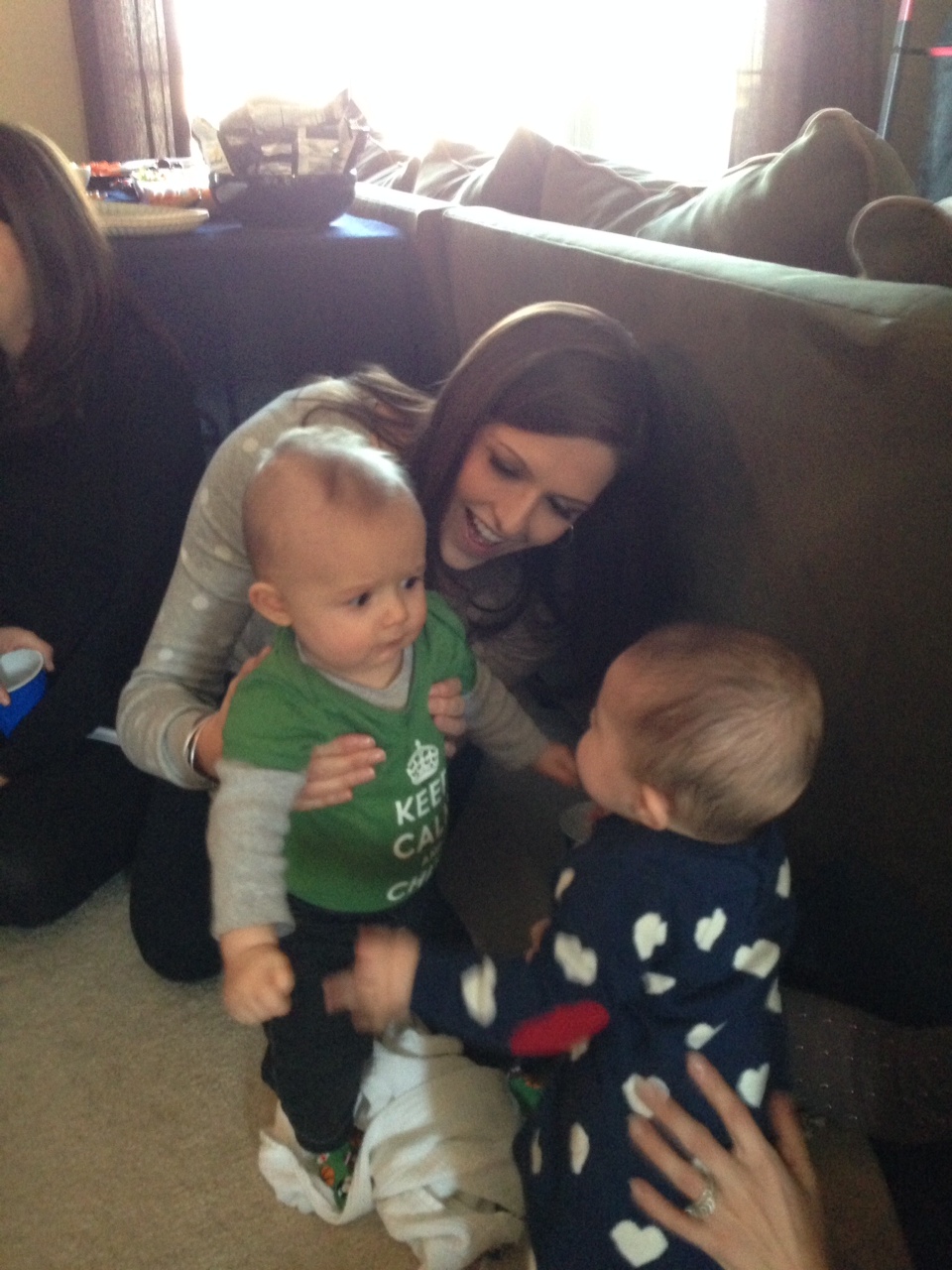 Our friends Kanika and Shaheen had their baby girl, Kaura, with them and the four of us love to say how they’re gonna be best buds someday (they’re only a month apart from each other). Who’s to say what will happen as they get older, but I will say that they were quite intrigued with each other this weekend. 😉 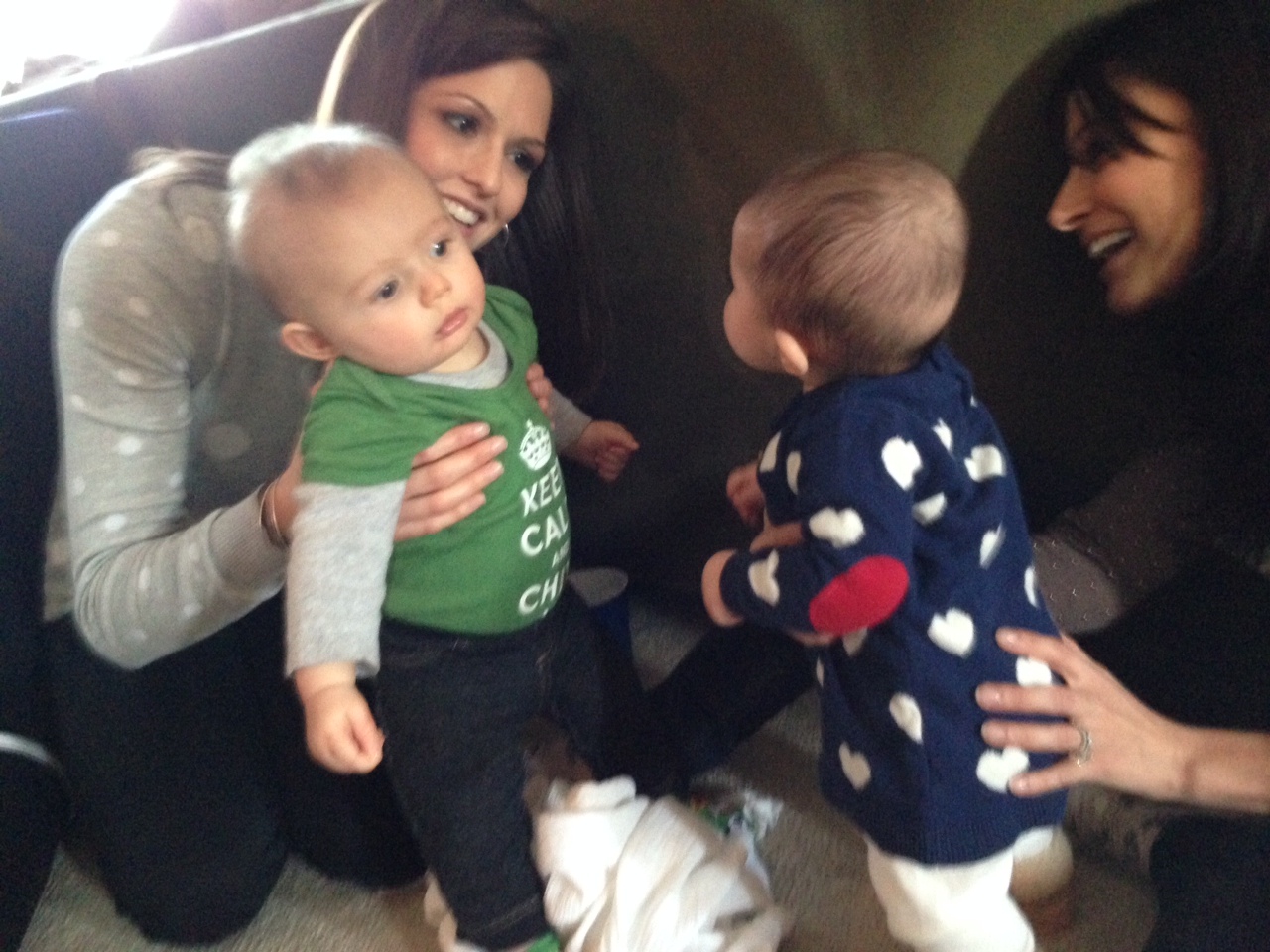 Gahh…does it get much cuter??

Saturday evening, after a pretty challenging bedtime for Mr. Lucas (I think he was a bit overstimulated from his busy day) I decided to hit up the treadmill. I was feeling a bit “blah” from a day filled with pizza, doughnuts, burgers, and birthday cake, and the thought of moving just felt right. 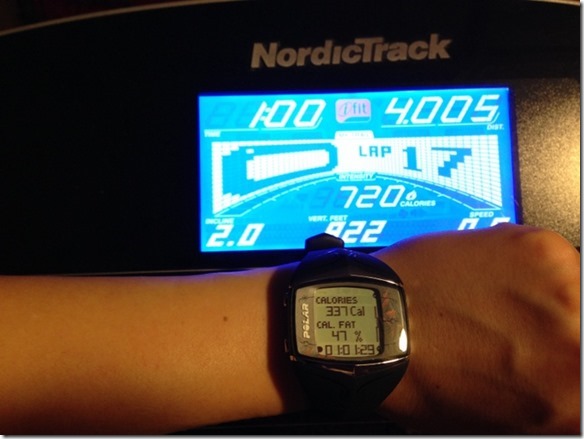 I honestly couldn’t tell the last time (or, really, ever) I worked out at 9pm on a Saturday, but I loved it. Oh, and just your friendly reminder for the day…don’t pay attention to the calorie counts on your treadmill. They’re SO wrong! :-O

Sunday was a pretty chill day. I took care of a few errands in the morning, baked some banana chocolate chip muffins, 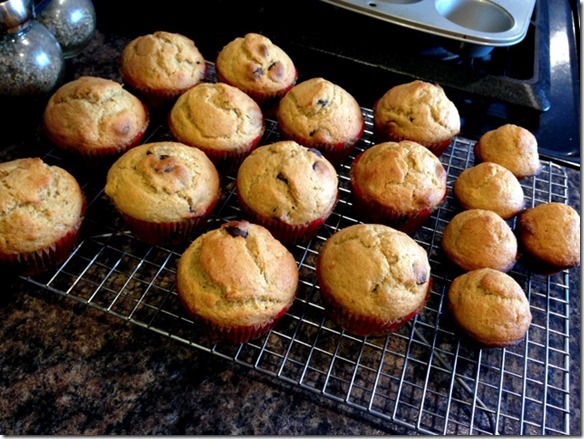 and hung out some more with this face, 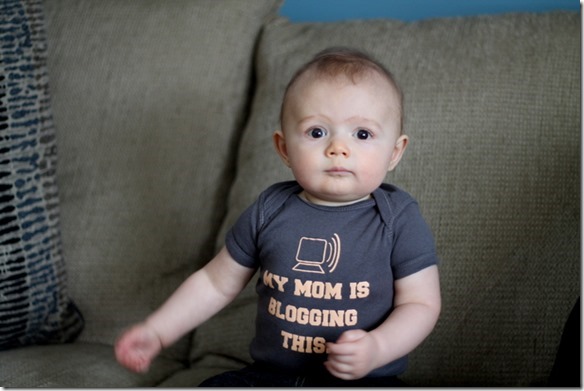 (how appropriate is that shirt, right?! Love Zulily!).

Jay and I also decided to browse around on our Amazon Prime Instant Video stream (we wound up getting Prime last month and are loving it!) and decided to start watching Downton Abbey.

We’re only two episodes in to the first episode, but I’m already hooked. SUCH a great show! I’d always heard all the hype, but I think I’m beginning to see why. I’m so excited to keep watching more.

Well, that’s all I’ve really got for this weekend. I’m hoping to come back this week with a couple more posts about workouts, fitness, and food, so be on the lookout! In the meantime, have a great Monday, my friends!