Highlight #1 from this past weekend was most definitely the amazing sushi takeout that Jay and I got on Saturday night. Ohhh myyyyy. 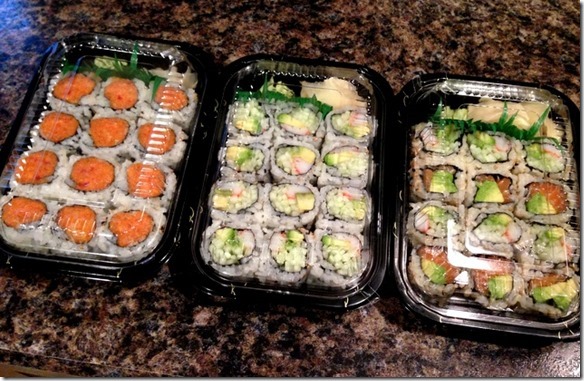 Compared to the last time we got takeout sushi, this one was just soooo much better. (For the locals, we ordered from Sake in Latham) We shared some spicy tuna rolls, California rolls, and salmon avocado rolls and each of them was equally delicious. It really hit the spot!

Another highlight would have to be the chocolate chip cookie cake that I made on Friday evening. I made this recipe, which I found on Pinterest, and I can’t even begin to explain just how delicious it was. 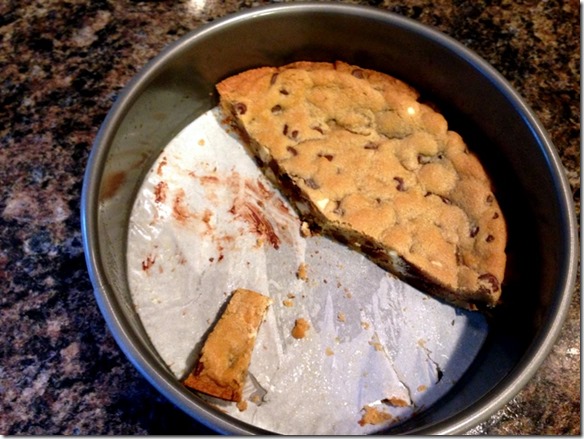 Then again, judging by the amount of it that’s already missing, that probably gives you a good idea. Granted, I took that photo last night, but umm, yeah…

Lucas, of course, is always another highlight. This was his “who farted?” face from while we were out visiting his Uncle Dan’s house on Saturday. 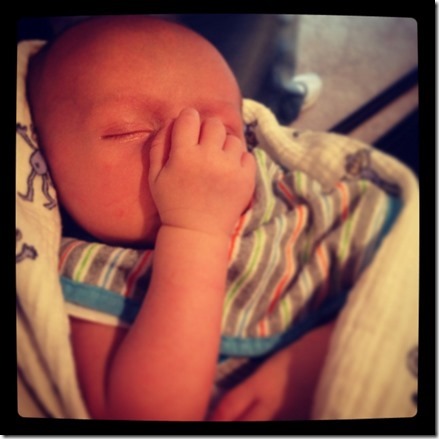 And on Sunday morning? Little guy right there actually ROLLED OVER for the first time from his tummy to his back. Jay and I are no baby experts, but we had no idea that it could happen so soon, at six weeks? We thought maybe it was a fluke, but then he went and did it three times in a row…just enough for us to grab our phones and get a video. Oh my gosh, it was so fun to watch.

Actually, Sunday was an overall really good day. Starting out with Lucas’ shenanigans, and then him giving us a nice morning nap so I could get my workout on.

Last week, I was cleared from the doc at my six week checkup, so I am good to resume physical activity. I thought a lot about what I wanted to do when I started getting back into it, and wound up deciding to participate in Tina’s Best Body Bootcamp. I’ll talk more about fitness/exercise in another post, but yesterday I completed my fit test and was actually pretty pleased with how things went. 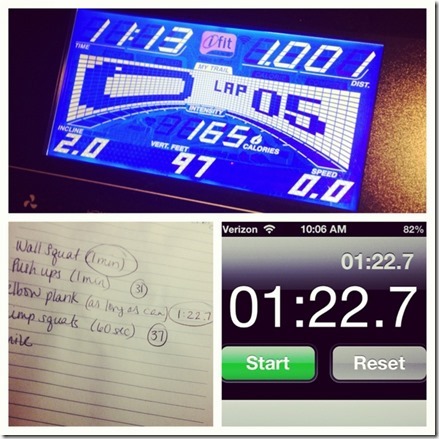 It felt great to be a little sweaty again…gotta love those endorphins!

Post workout and shower, I still had enough time to head out and get the much-needed pedicure I was hoping I’d be able to squeeze in before we all had to head back out for the afternoon. 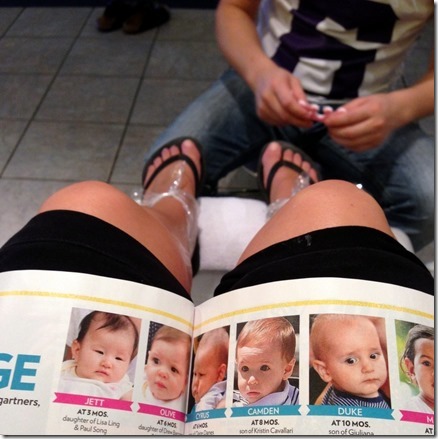 That little hour of quiet time was just fabulous and now my ugly feet are happily looking slightly less disgusting.

Before stopping back home, I also made a quick stop at our local beverage mart. 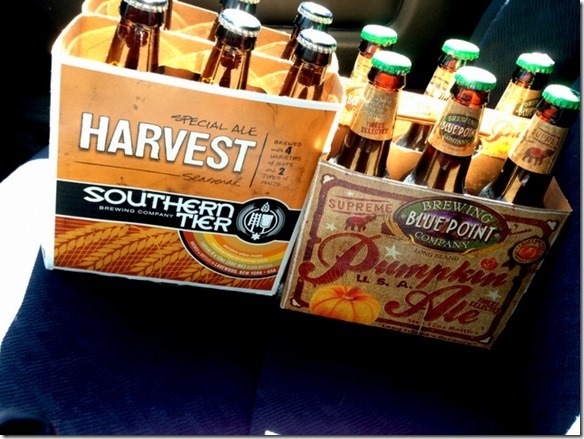 Hey…’tis the season, right? Hubby said we were out so I figured it’d be good to stock up a little for the house.

Shortly after I got home, I fed the little man and we were back out the door again. My friend Heather’s son Logan turned two (Seriously. Where does the time go?) so we went over there for his party. 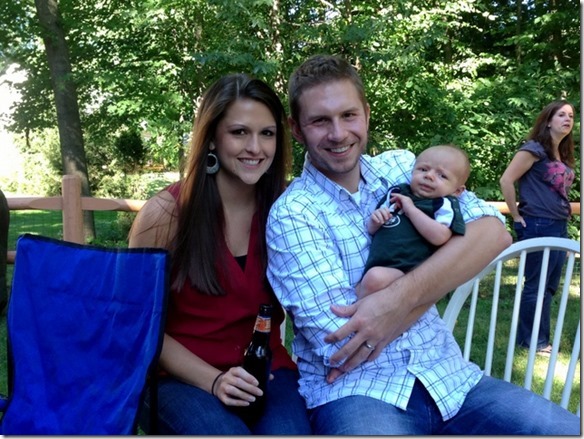 And yes, mommy was thoroughly enjoying her first Octoberfest beer of the season. YUM.

Please notice Lucas’ fantastic onesie here, too. As Jets fans, we really aren’t expecting much this season, but we just had to dress him up for the first game. But now, since they actually won (who knew?!?) we’ve decided he will be wearing this outfit for every single game. 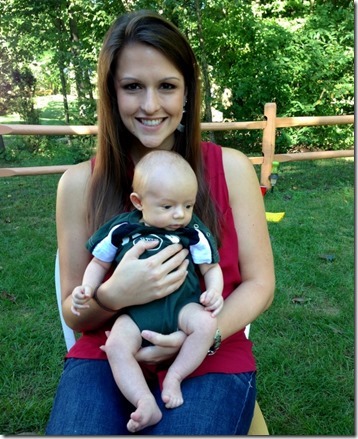 And when he can’t fit into it anymore, we’ll figure out another way to use it. Since he seems to be growing like a weed, I have a feeling it’s not gonna last forever.

After the party, we stopped over and visited with Sarah and Jeff for a few hours, they fed us this delicious soup for dinner, and then we were back home to tuck the little guy in to bed. It was another great weekend for sure!

For those of you eagerly awaiting to see the winners of the Trip Tribe giveaway, stay tuned. I’m just waiting to hear back from them to verify winners who have signed up so I’ll most likely have those results for you tomorrow.

So how was everyone else’s weekend? Do anything fun? Eat anything amazing? Do any baking? I’m off now to go take care of a few more things around the house while I can before Lucas wakes up from his morning nap. Chat with you guys soon!

« Who Doesn’t Love A Vacation? {Giveaway CLOSED}
A Great Meal »