Ahhh…that was a much needed weekend.

I know I mentioned it briefly on Saturday, but last week was just a really crazy busy one for me. Not only was work crazy busy, but we had something going on almost every night after work. This amounted to somewhat of a lack of sleep, thus making me one exhausted gal.

So I took some time away from the internet, managed to catch up on some sleep, and got some errands done both in and out of the house this weekend. It was productive, but fairly relaxing at the same time.

Saturday was definitely the busier of the two days. Jay and I were out for for most of the day due to some prior obligations and things that needed to be done. I wound up with a craving for some Starbucks as we headed out… 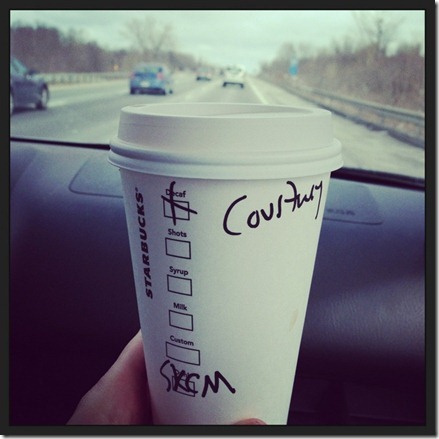 But wouldn’t you know, about 1/3 of the way through, I decided I was definitely not in the mood for a caramel macchiato. Super Starbucks fail.

Sunday was another productive one. We were up and out of the house fairly early to meet with a couple of friends of ours, who also happen to do our taxes. Seeing as though our time is running out, we figured it’d be a good time to get crackin’ on that.

After our taxes (which included a breakfast sandwich from Panera) and a quick grocery shop, it was time to head home for the day. First up, I did a little baking… 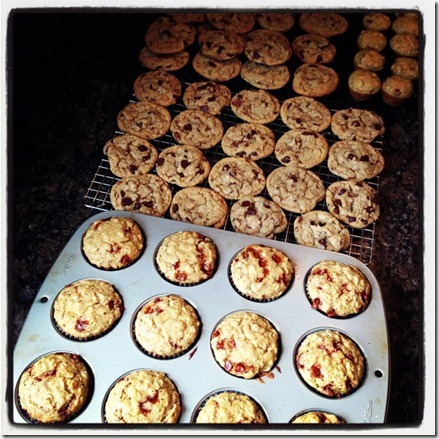 I promised some guys at work who helped me out this past week that I’d bake them some cookies, so I went with my favorite standby, my Chewy Chocolate Chip Heath Bar Cookies. I think the guys will like ‘em.

I also had a bunch of ripe bananas that needed to be used up, so I made a batch of Banana Oat Muffins, using this recipe, and also adding in some cinnamon chips. I sampled a couple of the minis and they are good! Definitely looking forward to having them for breakfast this week.

The next item on our to-do list for the day? Set up the new crib! 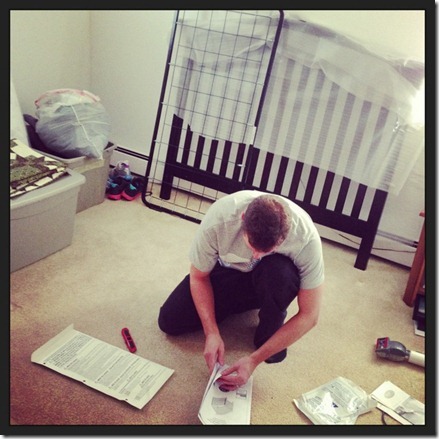 When we first started looking at the directions, we were a little unsure of how it was all going to pan out, but it was actually surprisingly easy to do, and I’d say we got it all finished in about 30-40 minutes. 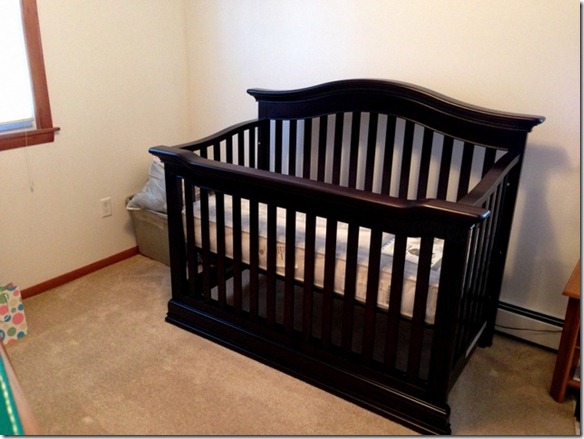 Cannot WAIT to start seeing everything come together! We also picked out some paint colors this weekend, so we’ll probably get working on that during the week or next weekend.

Cody, of course, was having a blast playing with all the packaging. 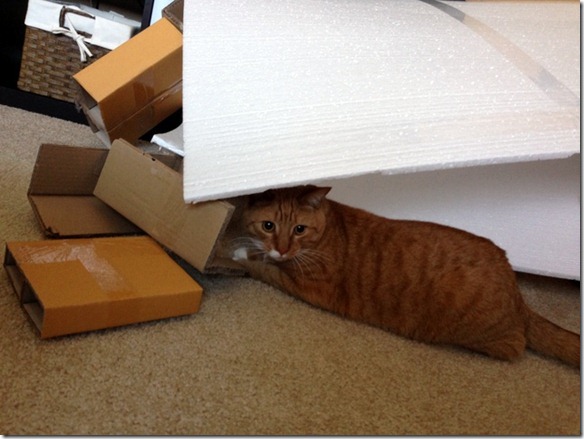 And we also now have our full mattress set chillin’ out in the living room. Our original plan was to store it in the basement for now, buuuuut we quickly discovered that that was not going to be an option, since it doesn’t fit down our basement stairs. Lovely. 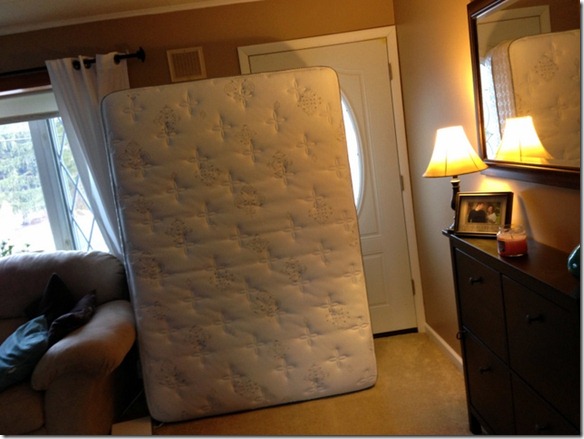 Thankfully, we’ll have room out in the garage, but we just need to make sure that we wrap it up really well before putting it out there. Suddenly, we’re feeling like our cozy little home is shrinking drastically right before our eyes, I’ll tell ya…

So as far as food and fitness goes for this weekend? Not bad.

To be honest, I really didn’t take photos of any of my food. You didn’t miss out on much though…some leftovers, some chicken sausage with veggies, some waffles…the usuals. Oh, but there were Easter colored pretzel m&m’s. 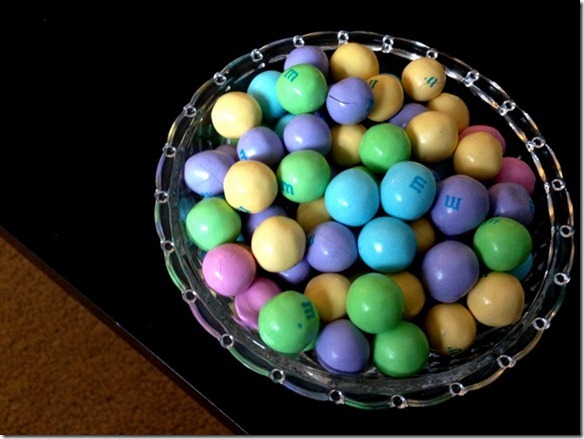 And good lord, are they good.

For fitness, I did a 50 minute Pilates session on Saturday which felt really great, but wound up taking Sunday off. I’ve been getting in a decent amount of walking day-to-day, but I’m hoping that with a quieter week ahead, I’ll be able to get enough sleep to allow for a few early morning workouts. We’ll see how it goes.

So yeah, that’s the weekend, in a nutshell. It was a good one, but went way too fast (as usual). Here’s to having a good work week ahead for ALL of us!

How was your weekend? Any good eats? Killer workouts? Fun plans?