Last week was such a busy week at work, as well as an exhausting week at home (hello, crabby, clingy kiddos and your poor colds that don’t seem to want to go away…), so I was more than ready for the weekend. Jay and I kicked off the start of the weekend on Friday evening with a drink at home, followed by a couple more drinks across the street with our neighbors, which made Saturday morning a bit slow (more so for the one whose name may or may not rhyme with shmay, but I’m not naming names…).

Slow or not, we were still up ‘n at ’em to be at soccer for the boys at 9am! And then after soccer, my parents took both boys to Home Depot for their kids workshop, followed by lunch, so since Jay and I had a few hours to ourselves, we decided to go grab some brunch. We originally tried to get a table at Cafe Madison (which I last visited at the start of our fabulous girls weekend away), but we weren’t in the mood to sit for a 30-45 minute wait, so we headed closer to home and stopped at Tipsy Moose. 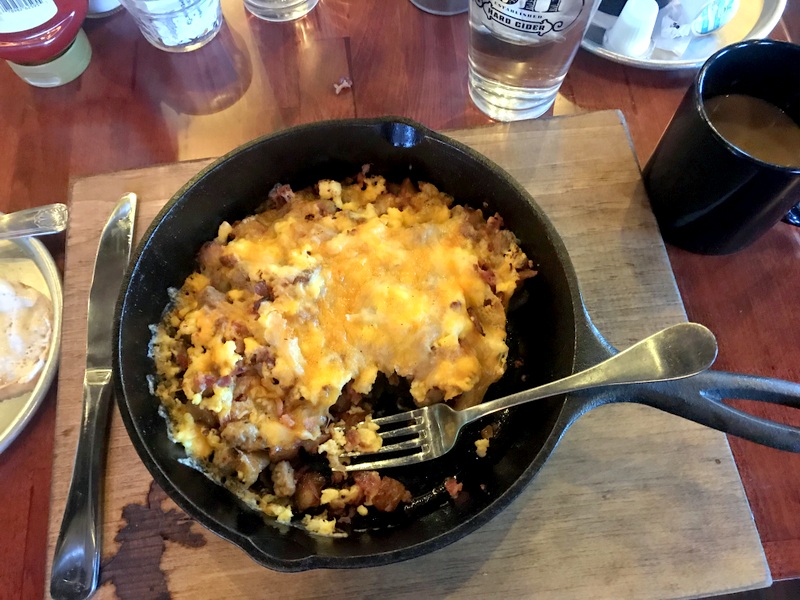 It was our first time there for brunch, and it was pretty good. I ordered a scramble that had eggs, bacon, sausage, potatoes, peppers, and (lots of) cheese, and it had great flavor, but I wished it had more eggs in it. Other than that, it was good! And Jay really enjoyed his Chicken and Waffles.

Later in the afternoon I got a sudden urge to squeeze in a quick upper body workout, but I was way too lazy to even change into workout gear… 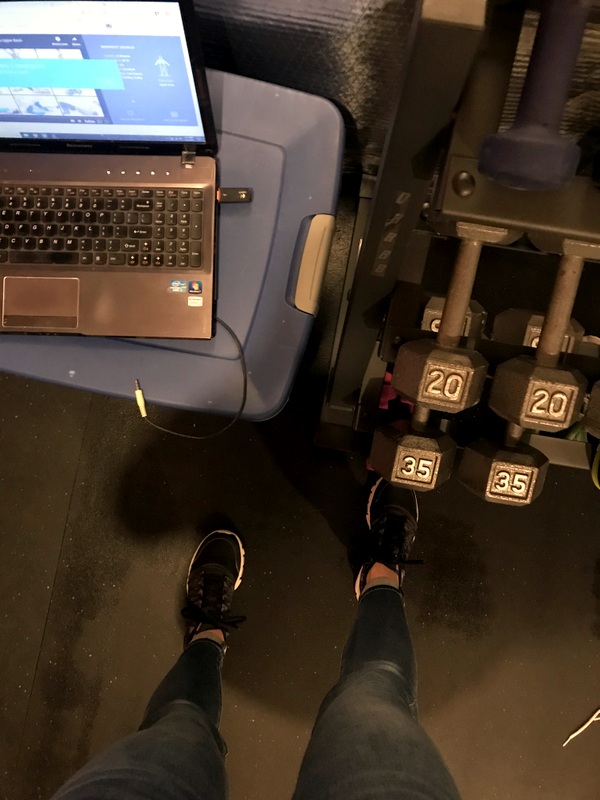 Eventually the kiddos were back from their fun morning with my parents, and while Alex napped, Lucas and I played another 284 rounds of connect the dots. 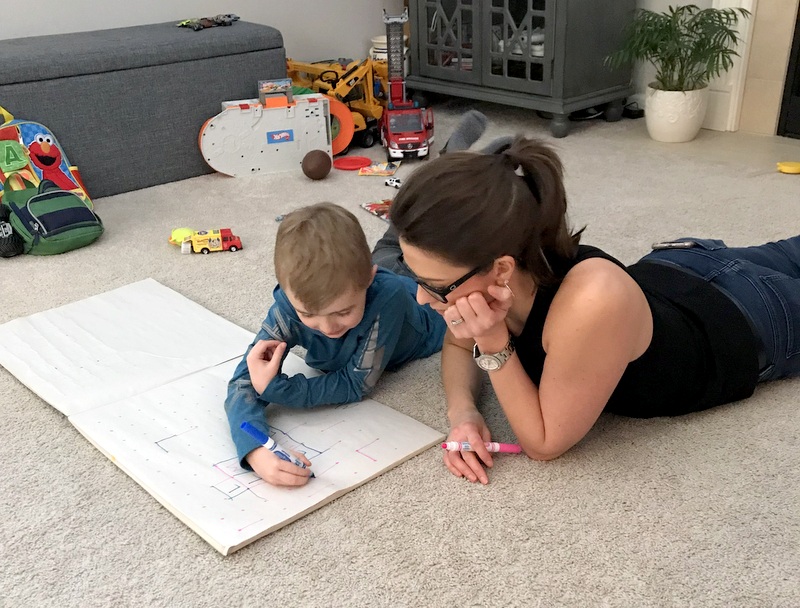 The rest of Saturday wasn’t all that exciting, but Sunday got off to quite the fabulous start… 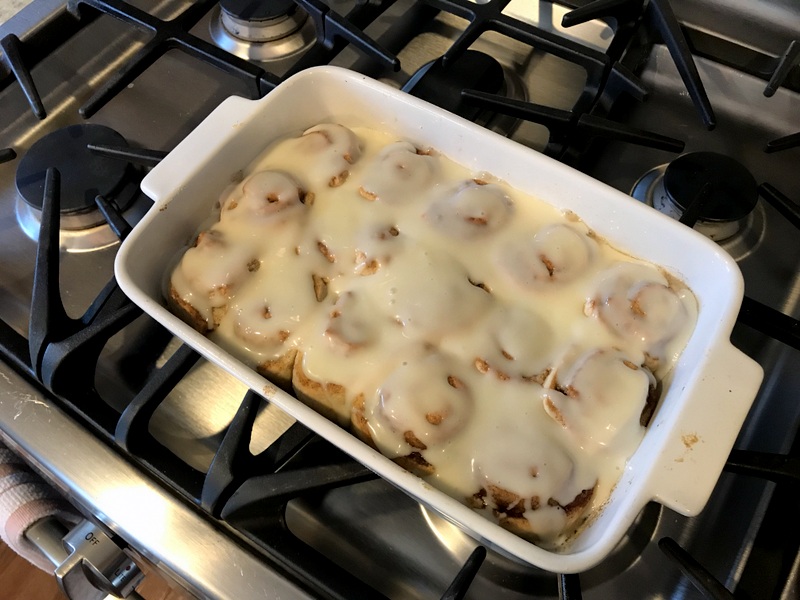 I set my alarm semi-early to try and squeeze in my workout for the day before the kids were really up. I always go back and forth on if I should just sleep a little extra on the weekends, but honestly, it’s kind of hard to wait to do it until after they’re all up. Mostly because of my stage 5 clinger, also known as Alex, who has a bit of a hard time letting mom leave the room to do her thing. ; )

So early workout it was! I’m on Day 22 of another round of FB Burn from Fitness Blender, so Sunday’s workout consisted of this HIIT Cardio and Lower Body Strength workout, along with this Extra Credit Butt and Thigh workout. I typically only have time to do the extra credit videos on weekends, so since I had the energy, I gave it a go. Lucas came down to join me with about 15 minutes left to go, so he and I did our workout together, and it was honestly, really fun.

By the time we came up from the basement, I found Jay in the kitchen looking through my recipe binder saying he was in the mood for cinnamon rolls. Ummm, OKAY!! So he went ahead and totally took care of making a batch of our favorite cinnamon rolls (<–throwback to baby Lucas!!) and they, along with an egg+ egg whites, were the perfect way to refuel from my workout.

We hung out throughout the morning, snacked on apples and peanut butter… 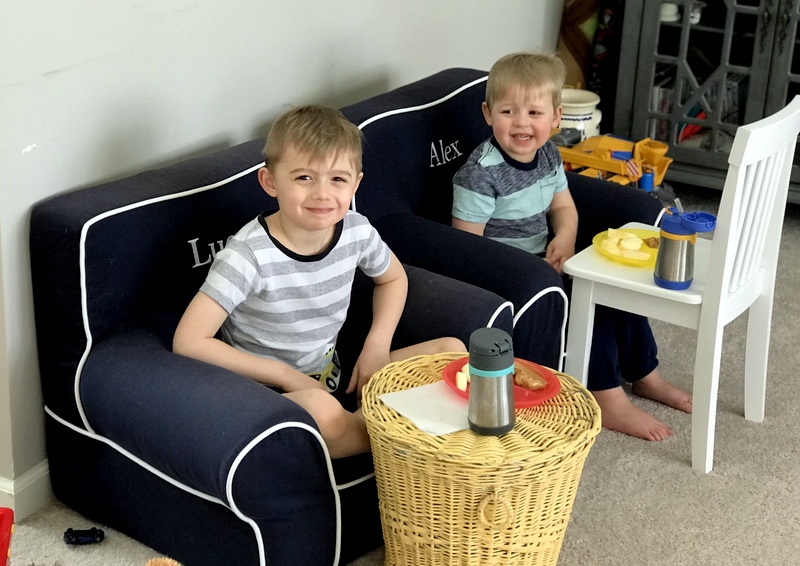 And then while Jay stayed home with a napping Alex, I brought Lucas out for his best buddy, Kai’s, birthday party. 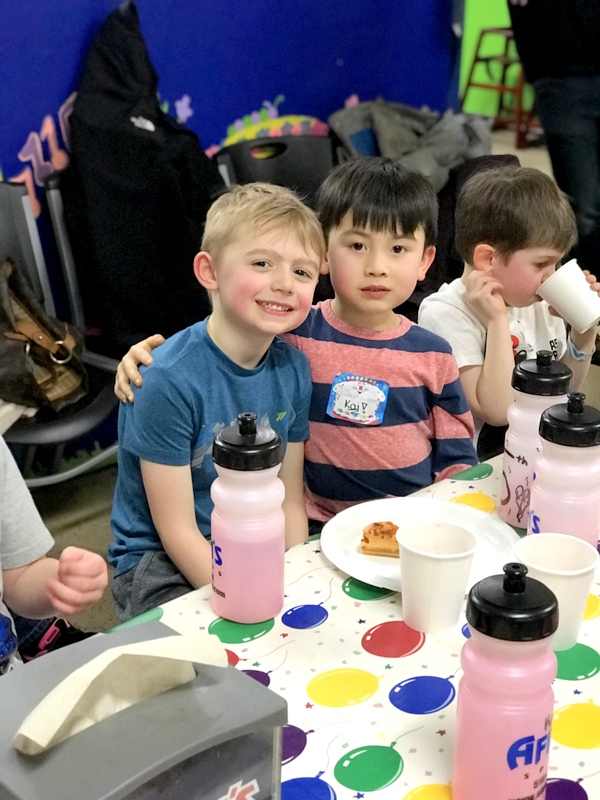 These two are just the best. Kai is our next door neighbor, and I totally foresee the two of them running a muck throughout the neighborhood for years to come!

Finally, on the way back from the birthday party, I picked up our Walmart grocery order for the week. Granted, every week looks slightly different, but since a lot of you showed interest in what we order, I figured I’d share. 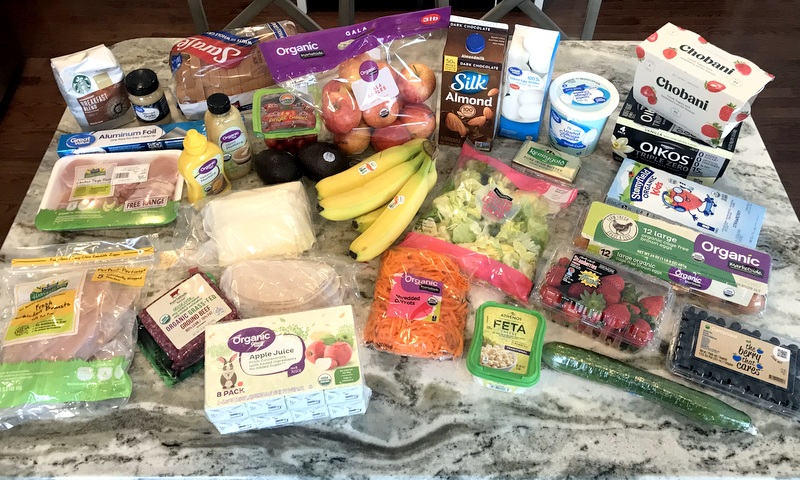 The one thing that I’ve been totally impressed with at Walmart is the selection of organic products that are available, and the fact that I feel like I can actually AFFORD them. If I were shopping the organic selections at, say, Price Chopper or Hannaford, I feel like they cost so much more! We don’t buy all organic, and likely never will, but I feel good knowing that I can incorporate at least some things into our weekly grocery shops.

The bags of gala apples have been a big hit for us lately so I’ve been snagging those a lot. And I will say that I actually don’t typically purchase bananas or avocados from Walmart, just because I’m picky about buying those (I like bananas on the smaller side, and like to buy half ripe, half green…same with avocados) but we were totally out and needed some quick. 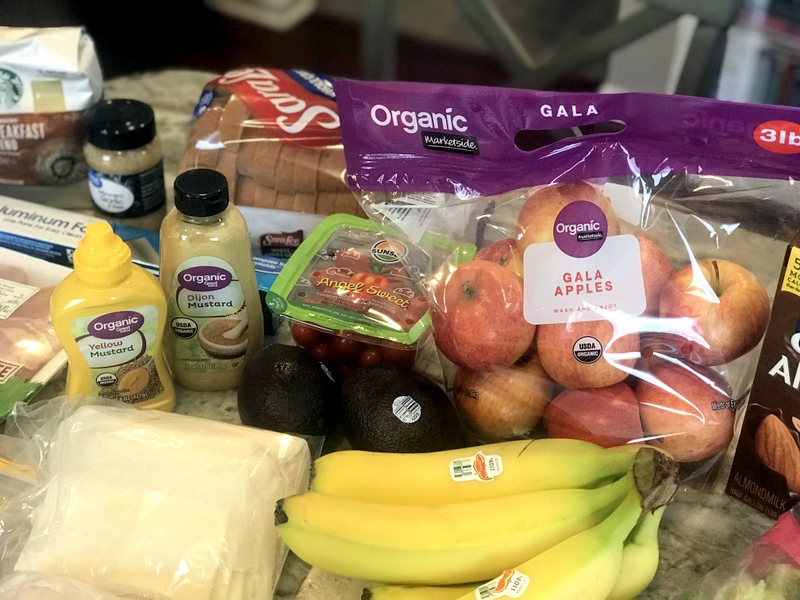 I’ve actually been really impressed with their fruits in general. Sometimes they’re organic, sometimes not. It depends on what’s available and what the difference in price is for me. 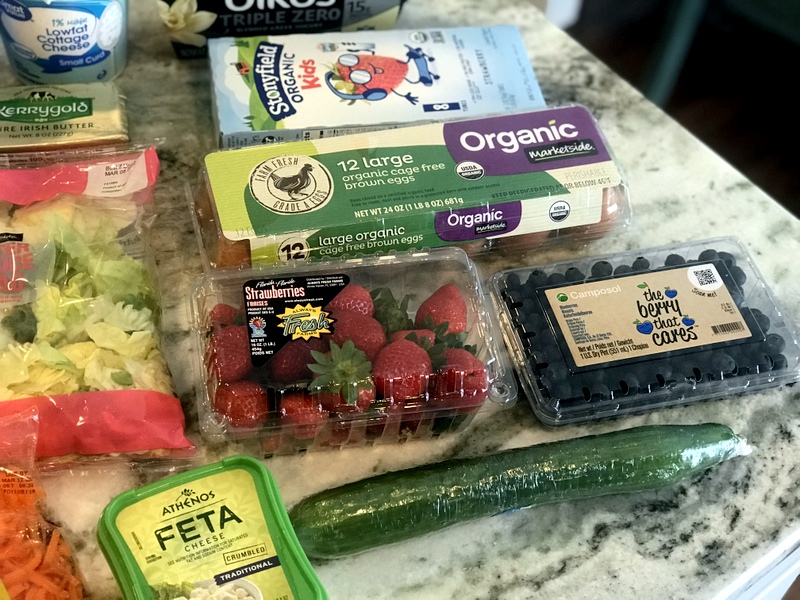 Liquid egg whites, cottage cheese, and Greek yogurt are three big staples for us, too. I switch back and forth between 1% and 4% cottage cheese, but have been going with the 1% lately. Jay also prefers Chobani over Oikos in the Greek yogurt department, so I usually get both, and both boys have been really big into chocolate milk lately so I’ve been using the Silk Dark Chocolate Almond. 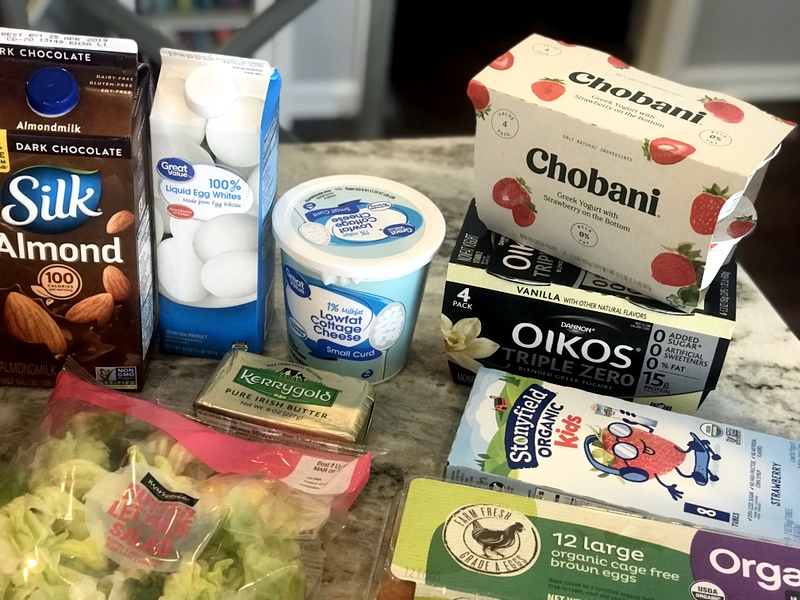 Speaking of the boys…they love their chicken nuggets. They probably eat them at least twice a week so I’ve been buying these from Walmart. The frozen mixed veggies are another staple for us, along with frozen waffles (which are mostly mine). 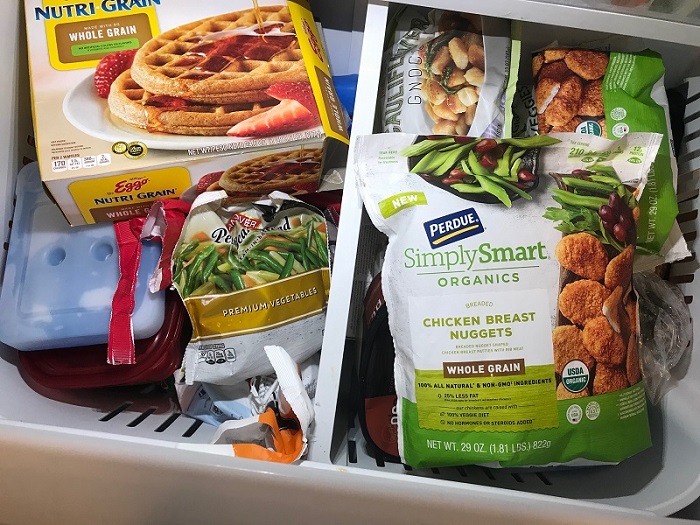 In terms of meat, I’ve had really good luck with the Perdue Harvestland chicken. Each week, we typically get a bag of the perfect portions cutlets (SO convenient), either ground chicken, chicken thighs, or breasts, and I always order their organic, grass-fed ground beef. I’m pretty certain the price is almost the same as what I’d pay for regular ground beef at other grocery stores. You can’t beat it! 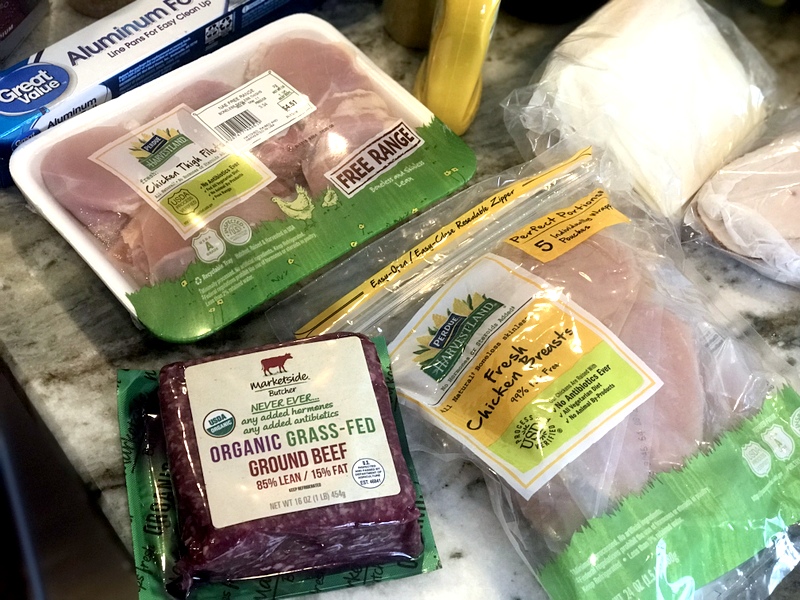 Oh, and I’ve also been picking up this hand soap, too. Love that it has such delicious scents, but is made with essential oils and no added fragrance. This meyer lemon + mandarin one is awesome. 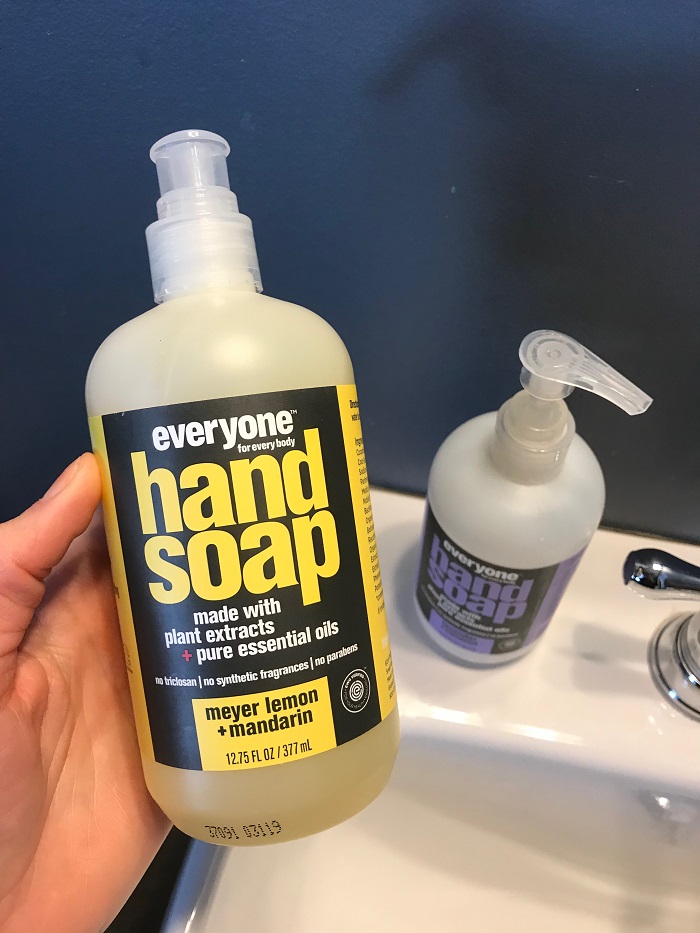 So there’s a look at this week’s haul! The total cost for everything (minus a few things that were not pictured) was right around $100. This order was actually a little on the lighter side though, so I’ll share a few more down the road, too. And don’t forget, you can use my referral link to get $10 off your first order!

Hope you guys had a great weekend and that your week is off to a great start! I’ll catch ya later in the week <3