Well heyyy there. Happy Monday and Happy April to you all! How was everyone’s weekend? Per usual, it totally flew by for us, but we definitely had a lot keeping us busy and also got a lot accomplished.

Friday night, both of us were pretty wiped from the week (nothing out of the ordinary, especially for meeee) so we decided to stay in for the evening. I had plans to make up a double batch of buffalo chicken mac & cheese for my friend, Joelle, who just had an adorable little baby boy last week, so I worked on that while Jay made us dinner. 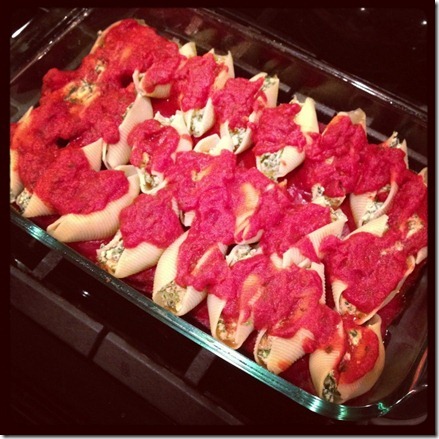 You may remember my quick mention on Friday of the stuffed shells that were on my radar, and Jay did an amazing job of doing the whole recipe on his own. He’s so good.

Saturday was a busy day. I headed out fairly early to take care of a few errands…one of which included a pit stop to find some new maternity jeans. Although I am still able to wear my regular jeans, they’re slowly becoming less and less comfortable, and I figured it was time to just bite the bullet and do it. 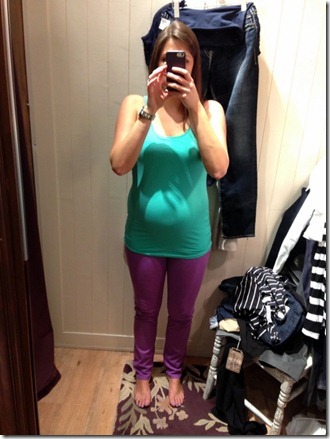 But I decided against it and just wound up buying a pair of regular skinnies, along with a few other tops and bottoms. When everything first rung up at the register, my total clocked in at a whopping $223(!!). But thanks to a return, a coupon, and a couple of mall gift cards, I only wound up spending $80 – which included 3 bottoms and three tops. Not too shabby, right?

Saturday afternoon, Jay and I headed out for a few hours to visit our friends Jo & Kyle and their new baby boy (again, so adorable, and makes me SOOO anxious for our little guy to get here!). On our way back home, we stopped off in Saratoga for dinner at a local restaurant we’ve been hearing great things about for a while, Mexican Connection. 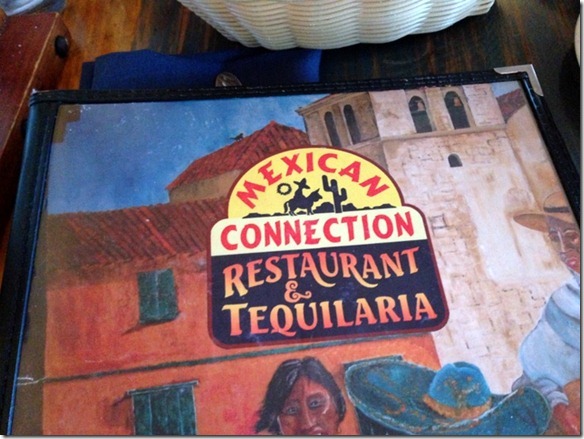 We were given chips and salsa to start, but we already knew we needed to add some guacamole to that mix as soon as we saw it on the menu. 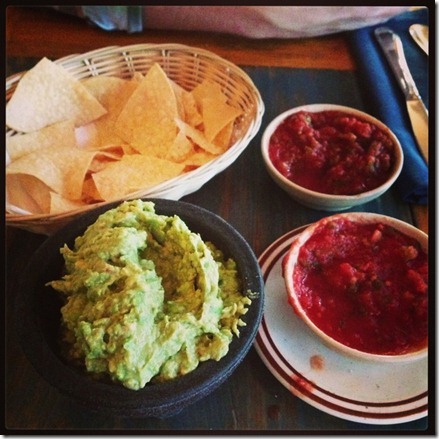 Ohhhhhh my gawwwwwd. I love all guac. Really, I do. But this stuff was unbelievably delicious. Seriously, probably some of the best I’ve ever had. We will be back…and we will be back when I can also add a margarita to my order.

For dinner, both of us decided to try what was deemed their “best selling item,” the chimichanga + a soft taco. Neither of us had ever tried a chimichanga so we really didn’t know what to expect. 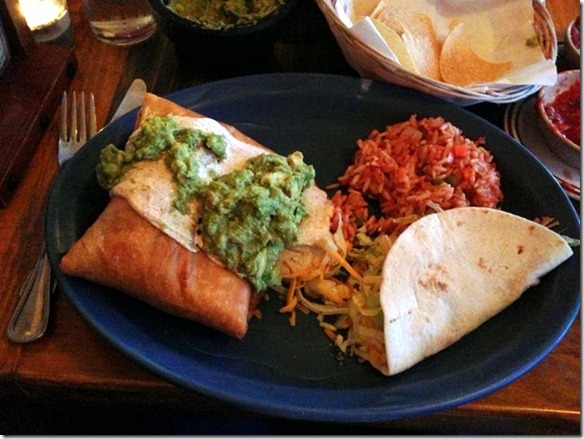 Well, for one, it’s enormous. Had we known it was so big, we would have just gotten the chimichanga and not the combo with the soft taco (although the taco was amazing). But I will say that chimichangas are pretty tasty. The filling was delicious, and I wound up eating around a lot of the fried shell just because I was getting full so quick. I probably made it through almost half before having to call it quits…but man, it was delicious.

The rest of Saturday included a trip to Home Depot for new windows and a new screen door, and then we spent some time painting the nursery. I am so so so thrilled with how it’s turning out already! We still have some trim work to do and whatnot, but it’s definitely starting to come together.

Sunday (Happy Easter!) was a bit more low key for us. Jay and I both woke up feeling a little less than stellar thanks to our tummies being a bit off. I wound up staying at home for the morning while Jay went out for brunch, but I did end up making it out for a few hours in the afternoon to head to my parents’ house.

When I got there, I quickly discovered that the “Easter Bunny” had dropped off an extra special gift…our glider and ottoman!! 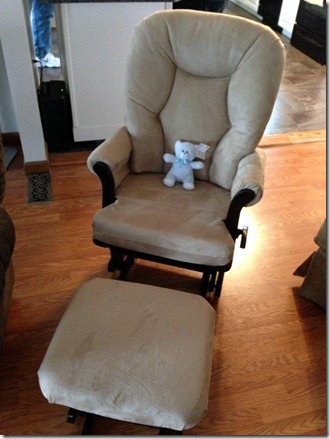 My parents offered to buy us our glider, but they told me that they had to order it and it would be about 8-10 weeks before it came in. They’re so sneaky.

I relaxed in that glider for the majority of my time at mom & dad’s while visiting, and also had a little bit of dinner while I was there too. No photos, but we didn’t do the typical Easter fare – instead, there was steak and chicken on the grill. Hey, what can I say…we’re not all that traditional. And I like it.

Of course, the Easter Bunny also left some candy baskets for us… 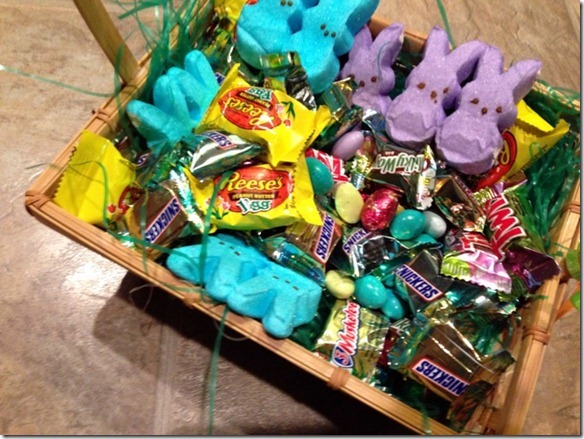 And I’ve certainly managed to enjoy a few pieces from it already, now that I’m starting to feel back to normal. Despite feeling a bit under the weather on Sunday, it was still a nice day and a great weekend at that.

What was the highlight of your weekend? Did many of you enjoy “X, Y, or Z” after having given it up for lent?

Before signing off for this morning, and on a slightly different note, I want to take a quick second to ask for your thoughts and prayers for my friend, Ashley. Ashley gave birth to adorable Baby Hunter on Friday morning, but after his first 24 hours, he began struggling with breathing and they discovered that he’s suffering from pulmonary hypertension. I cannot even begin to fathom what they’re dealing with, so if you can, please keep them in your thoughts.