Honestly, I didn’t do the best job this past week, mostly because we were getting ready to go away on vacation and I really didn’t feel like doing a full grocery shop. We tried to make do with what we had, and/or ate out a couple of times. Plus, we’re also on vacay for some of this week’s meals, so there’s that too.

But, I still like sharing so here’s a peek at what we ate this past week!

Sunday: Father’s Day dinner at my in-laws’ with chicken, baked potatoes, asparagus, and corn on the cob 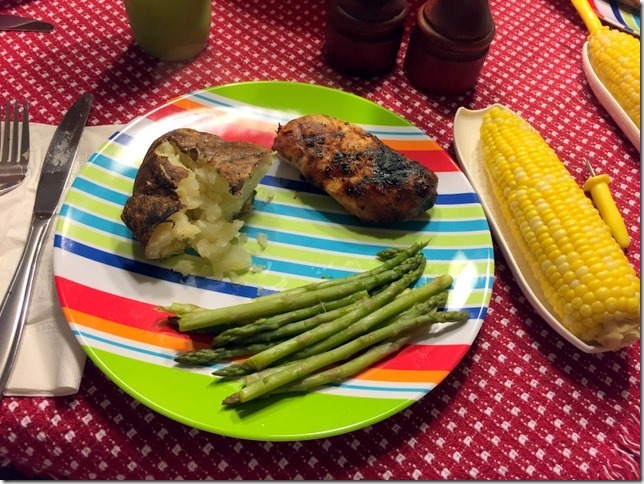 Monday: Lasagna Rolls (courtesy of Kanika!) with some roasted veggies 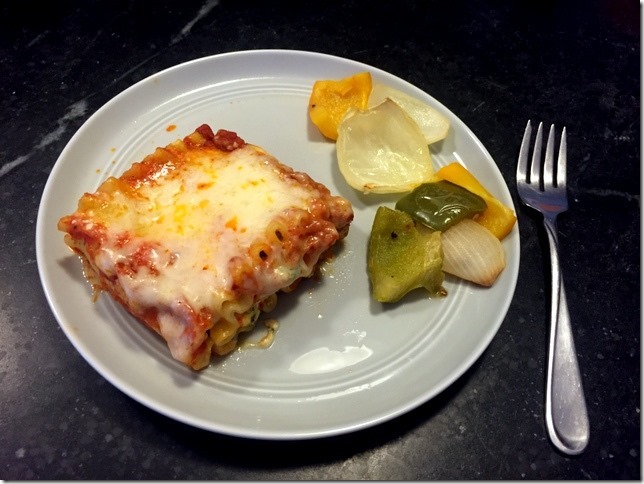 Had there been more, I totally would have gone back for a second. But since there wasn’t, I snacked on cereal shortly after.

Tuesday: Chipotle Burrito Bowl with chips and guac (I got a mix of carnitas and chicken for the meat, with black beans, brown rice, salsas, and lettuce). 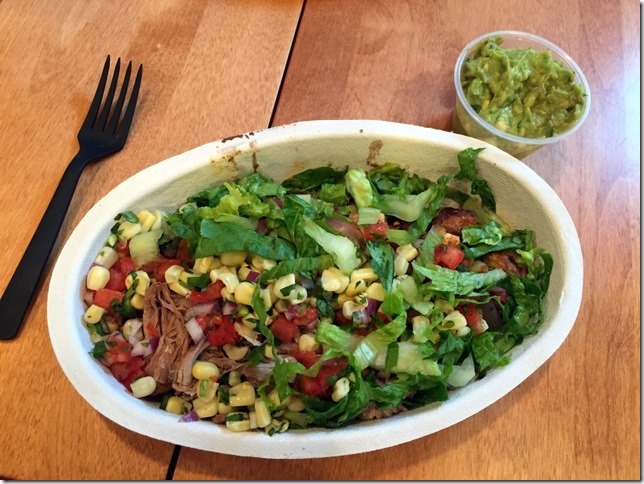 Ohhhh, how we love Chipotle. 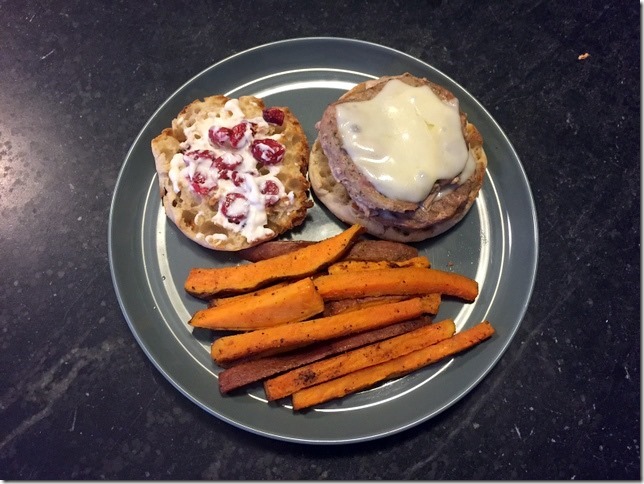 I really wanted cranberry mayo, but we didn’t have any, so I improvised. It wasn’t the best dinner (they were sampling the burgers recently when I was at the store, so I bought them) but theirs tasted way better than mine. Ahh well, you win some, you lose some. At least the fries were fabulous.

Thursday: Forgot to snap a pic, but since I was on my own for dinner, I just had the other half of a chicken club wrap that I had from going out to lunch earlier that day. It was pretty good! But if you guys want some inspiration, you’ve gotta check out THIS MEAL. 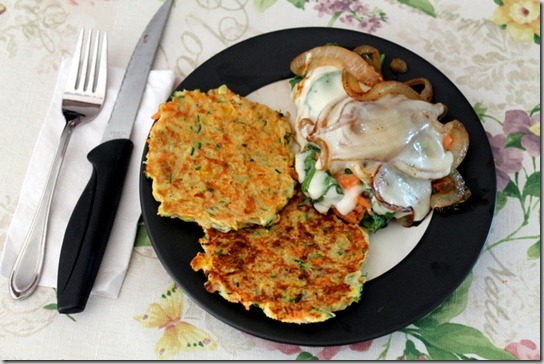 I totally forgot about it until I saw the old post recently, and while the chicken was awesome, those Zucchini Latkes definitely need to be made again. They’re so easy and SO good!!

Friday: We kept things low key and ate some turkey sandwiches in the hotel room while enjoying a few drinks out on the balcony. Forgot to snap a photo…whoops.

Saturday: Out to dinner at The Ravioli House. I ordered their homemade cavatelli in a vodka sauce and it was delicious. Heavy (I only made it through about half), but delicious. 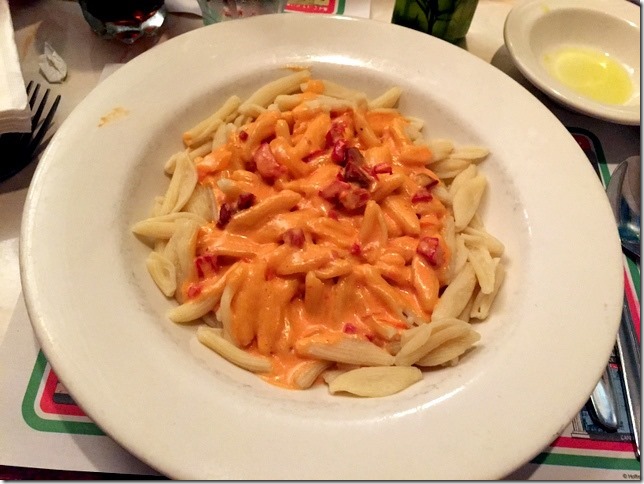 Attached to the Ravioli House is also a pastry shop, so once we finished our dinner, we went around the corner  to check it out. Ohhhh myyyy. 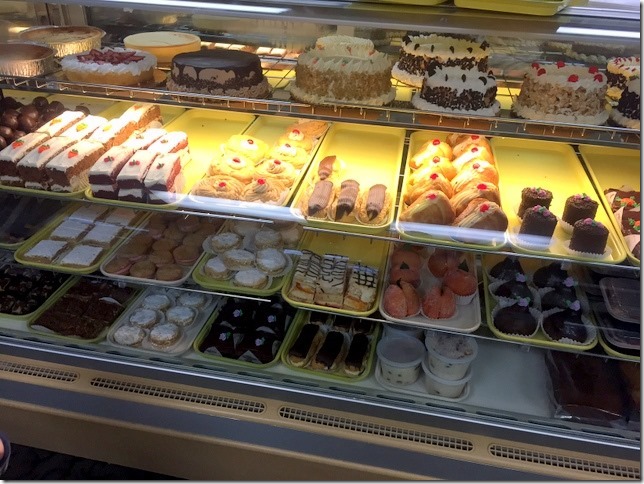 Lucas was too overwhelmed with the choices, he didn’t know what to do. 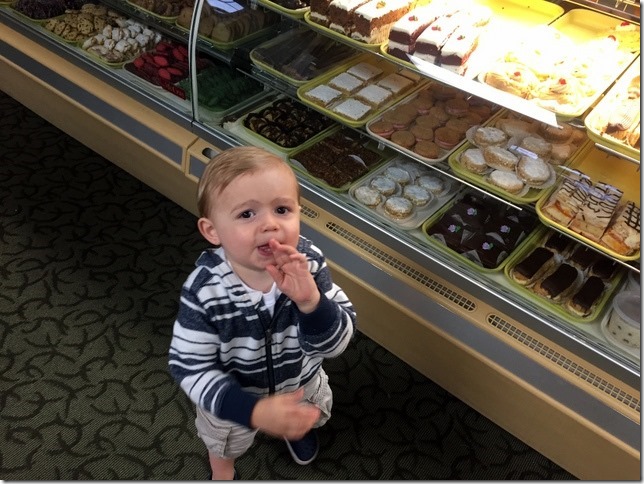 We all ended up deciding on a piece of carrot cake, red velvet cake, and some sort of Bavarian cream filled cake thing soaked in rum. 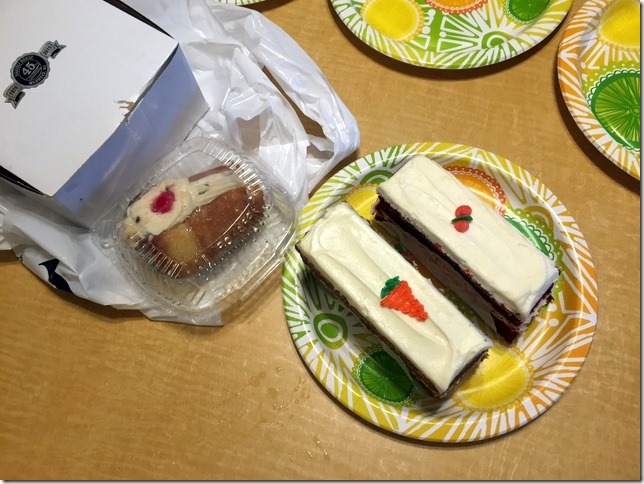 A couple of hours later we broke into them all. They were good, but actually nothing great. 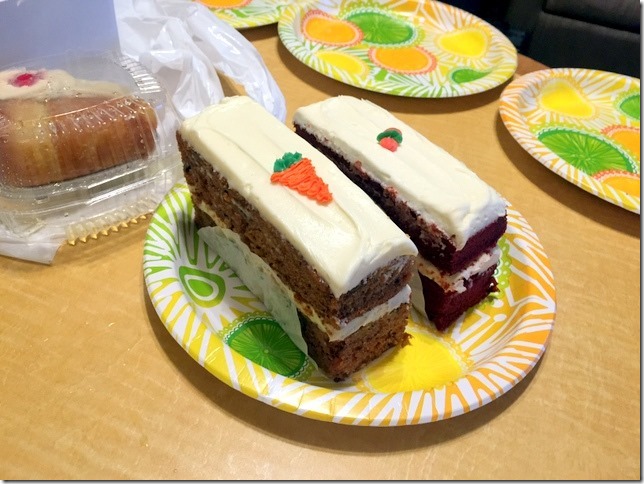 But hey, it was still cake. So we’re good.

Well, there’s a look at our meal plan from last week! This coming week is going to be totally in the air, thanks to vacay and the holiday, so we’ll see what happens. Either way, we’re “go with the flow” over here. How about you guys?!