Good Morning! Welcome back to Monday (boy it comes back fast, doesn’t it?) Well, here’s what you may have missed while you were out having a blast this weekend:

Lucky To Have My Friends

Exactly What I Hoped For

This morning, I headed on over to the gym (in the midst of a monsoon!) for a little BodyCombat action. Now, in the four or five classes that I’ve taken of Combat so far, the classes have been small; like, three to five people max. Usually I don’t mind a smaller class, since it gives me that much more space to go kicking, punching, and gallivanting all throughout the room; but there’s been a couple of times where I walk in and I’m the only person there until about one minute before class starts.

As I was walking towards the room today, I noticed that there was nobody in there except for the instructor so I quickly began to weigh my options. The instructor is a really nice guy, but I just did not want to end up being the only one in class today. I would have felt so awkward being by myself, but I would have felt too guilty to leave if it was only me.

So I chickened out and ended up going in to a spinning class instead (I did notice three people walk in late to Combat). If you’ve been reading for a while, then you may already know that I’m not really the spinning type; it hurts my butt, I can never get comfortable, and I feel like my entire upper body gets shafted on a workout. But I went anyways, I sweat my face off, and I made up for my lack of upper body work by hitting up the scary part of the gym after class and doing this quick routine: 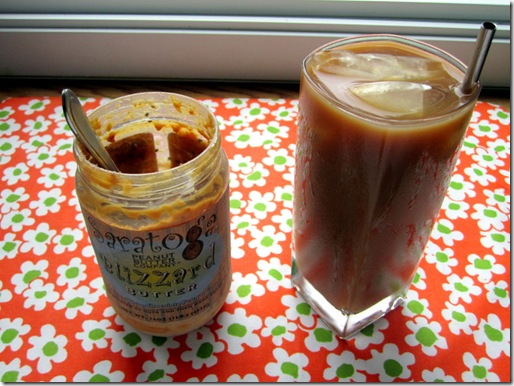 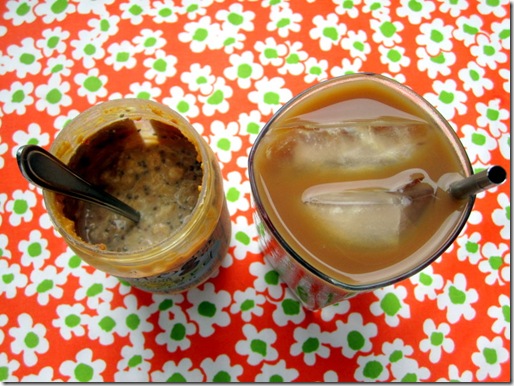 Thanks to an almost-empty jar of Blizzard Butter, I was able to prep myself a delicious batch of OOIAJ last night:

Just with adding the couple tablespoons of Chobani, this batch was super thick and creamy. 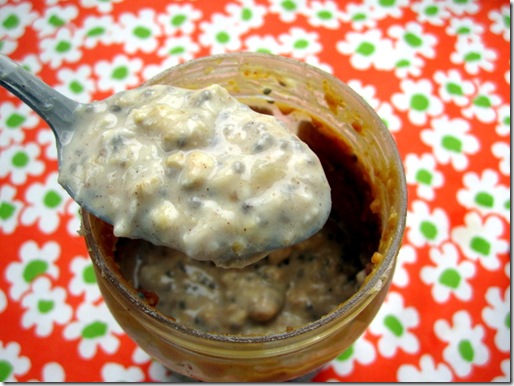 I also ended up crumbling one of these EONI bars on top for a little added sweetness and crunch. 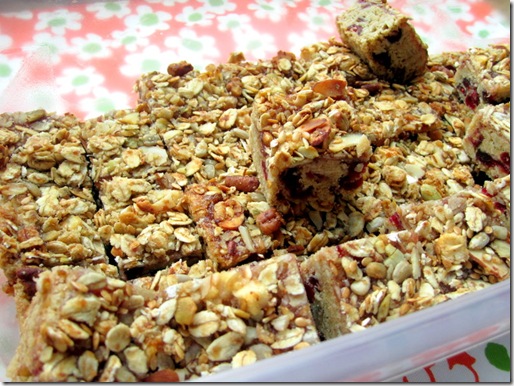 Last week, I was contacted by blog reader Megan, who also works for EONI, asking if I would be interested in trying out their new products. EONI bars are made with whole grains and oats, and currently come in three varieties: mixed berry, orange cranberry and apple raspberry. 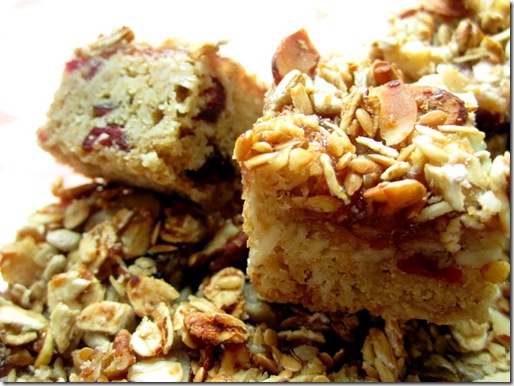 Megan generously hooked me up with all three flavors, but because there were so many of each, I put two in the freezer to save for a later time and dug right into the apple raspberry flavor. These bars are really, really good. They’re almost like a mix between a cookie and a granola bar. They’re soft and chewy, and the bits of fruit give them the perfect amount of sweetness, while the nutty granola topping gives them a fantastic crunch. 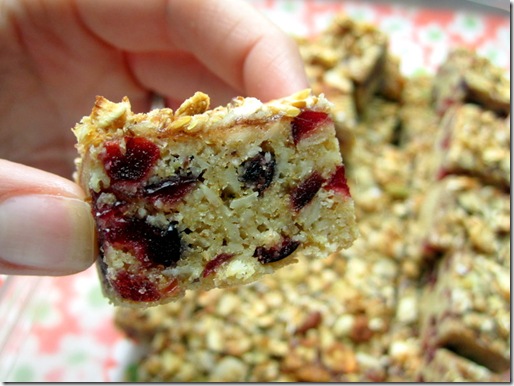 Jay and I have been snacking on them all weekend (we actually brought some up to the track on Saturday to share) and are loving them. They are definitely something I would pick up in the store if I saw them.

I’ve got a LOT that I want to get accomplished today, so fingers crossed that I can get through it all!

*Disclaimer: I received the three boxes of EONI bars to sample for free, but all product reviews and opinions are strictly my own.

« Exactly What I Hoped For
A Little MIA »