This weekend was all sorts of fun, for plenty of reasons. We got to spend time with great friends, with each other, AND we got to share some fun and exciting news!

Sunday’s highlight was brunch with my college girlfriends. Plenty of delicious food and lots of time to catch up and chat about life. 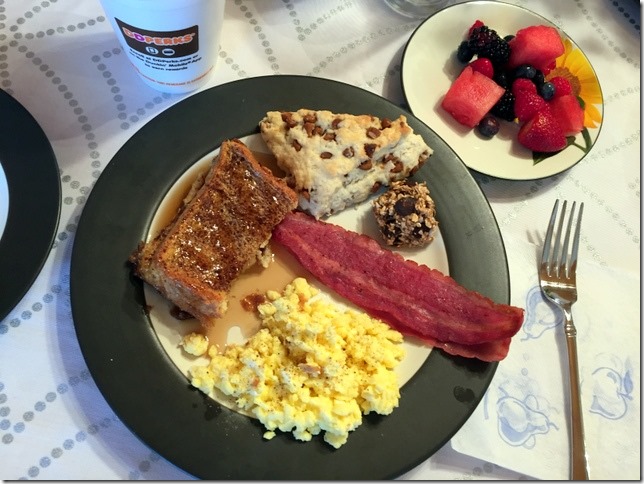 My, have those conversations evolved over the past 10 years!

Oh, and in case you missed it on the plate up there, that is one of my absolute favorite Cinnamon Chip Scones. I’ve been dying to make some, so I figured it was the perfect opportunity (aka, so they don’t ALL wind up sitting in my house for me to eat). 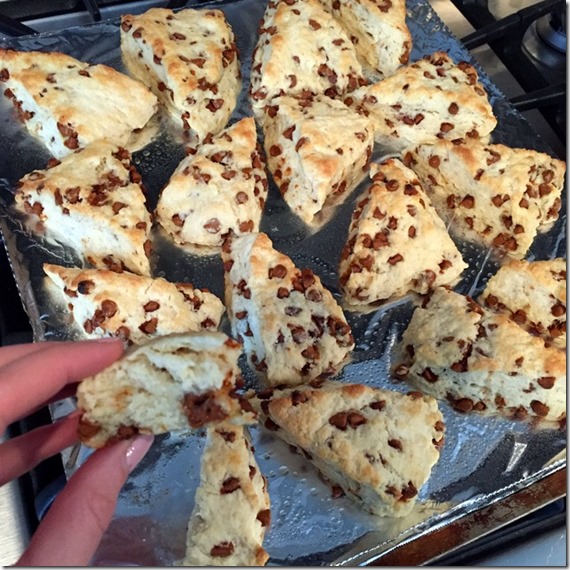 I know there’s a bunch of you out there who love these, so if you haven’t tried them yet, promise me you will!

The highlight of our Sunday, of course, was our long-awaited Friendgiving. It was only planned about, oh, over 3 months ago, and was long overdue. But I’ll tell you this much…I think we all decided we’re going to keep the tradition going in January instead of November. Because, really, it was so nice to have something else to look forward to after the craziness of the holidays! 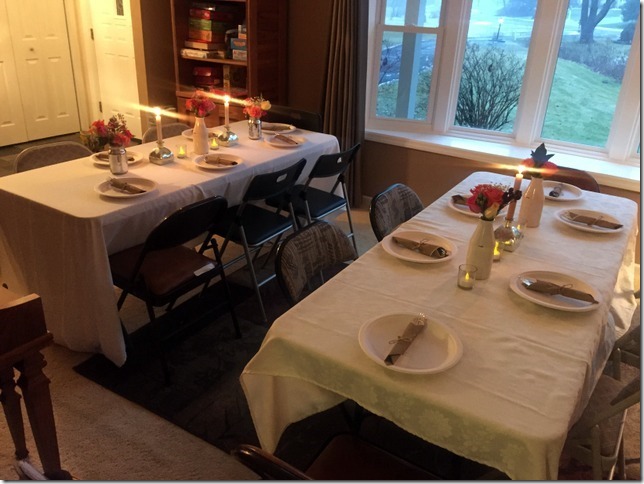 Our friends Erica and Steve hosted this year, and Steve (being the master mixologist that he is) concocted up a delicious, non-alcoholic beverage for us preggos (since there’s a couple of us!). 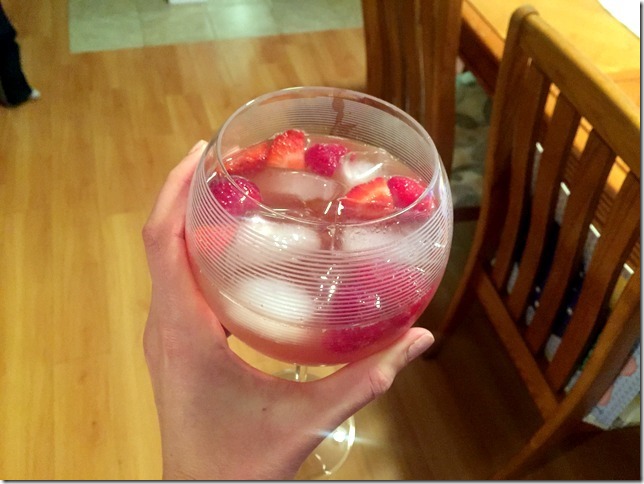 And then, of course, there was the food. SO much good stuff…and this doesn’t even include the table of appetizers we had! 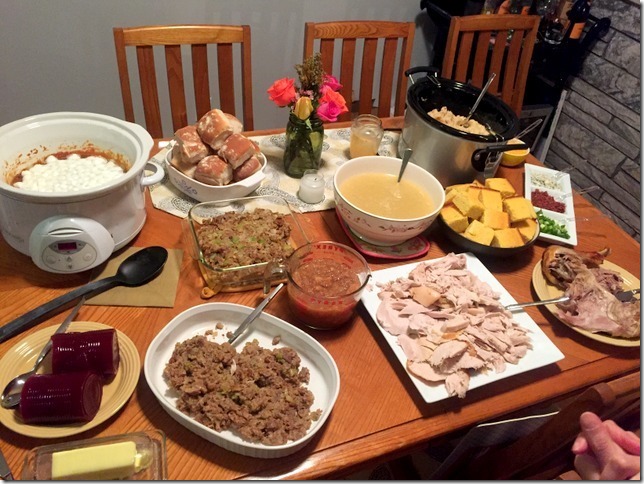 I ended up making the cornbread (this recipe) and a crockpot spinach artichoke dip (this recipe) to contribute to the spread, and all turned out great.

Lucas was excited to see some of his buddies, especially his girl, Kaura. These two, I’ll tell ya…best buds! 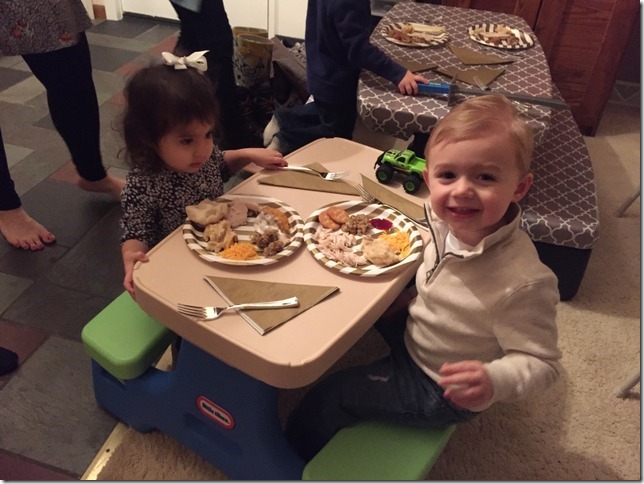 I made sure to take a little bit of everything, and it was all just so delicious. Having a turkey dinner in January makes it like, 100x better. Either that or I was just really hungry. 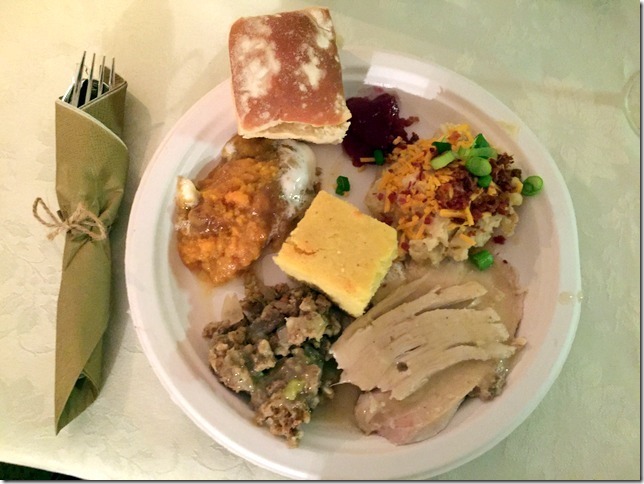 Next year, this crew of kids is going to be even bigger (especially since we were missing a couple on Saturday, too). We joked we’re going to need about 3 turkeys down the road just to feed all the boys! 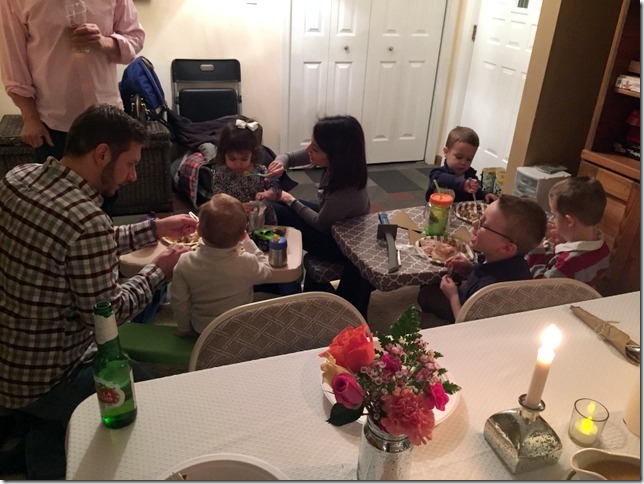 Then, shortly after dinner…it was time to have some fun. 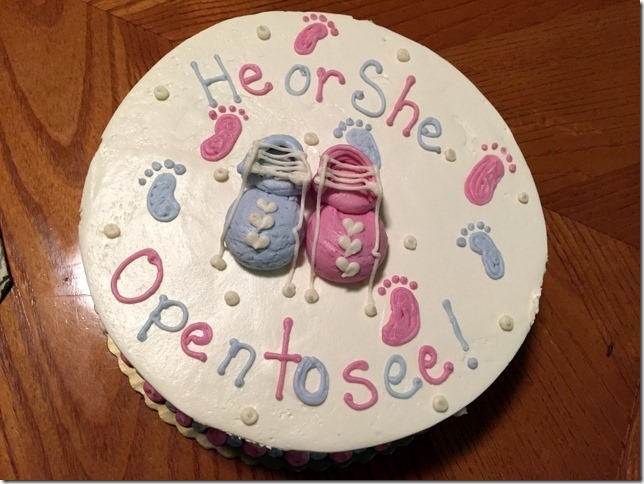 We didn’t go quite as all-out like we did with Lucas (I still love watching that video!), but our friends Kanika and Shaheen offered to pick up a cake to bring to Friendsgiving so we could share our exciting news with the whole group. Not only was the gesture incredibly sweet, but man, the cake was phenomenal (it was from Whole Foods, for the locals!).

So you guys want in on the big news too??? 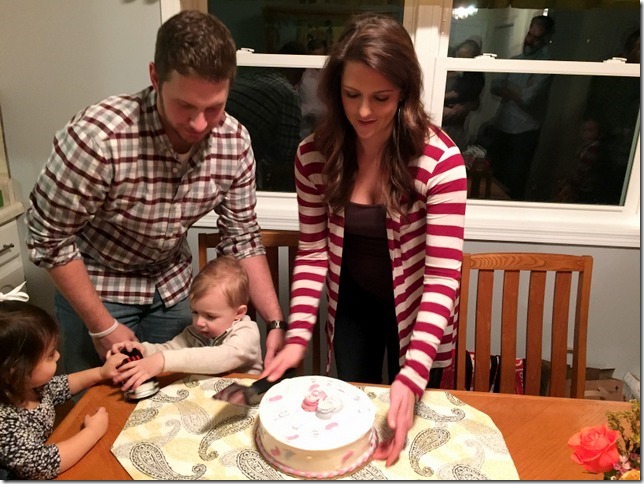 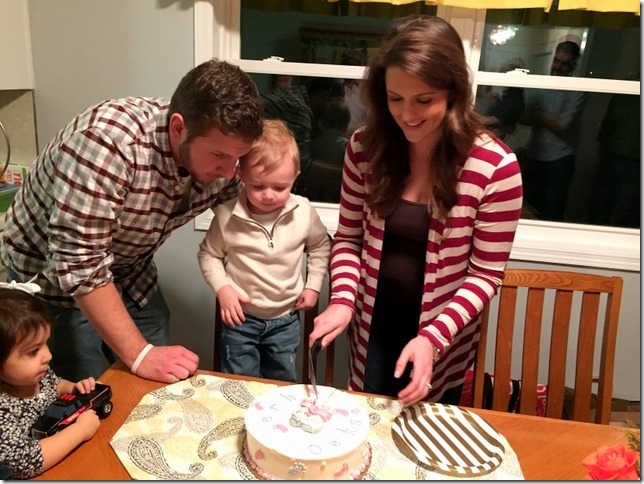 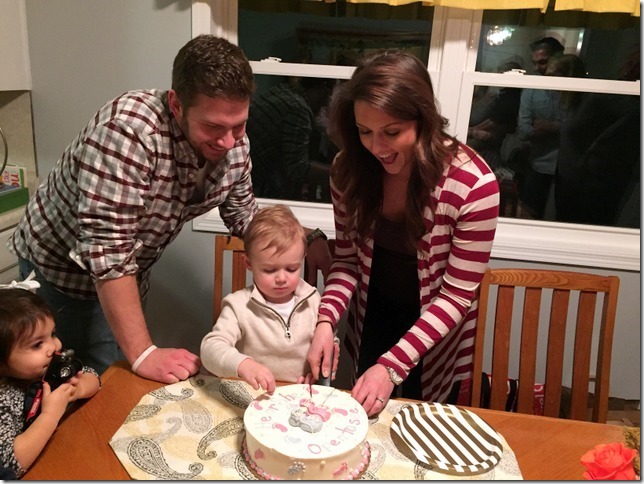 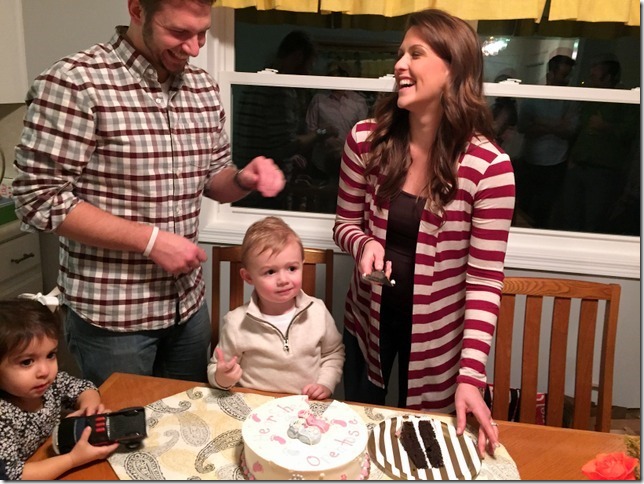 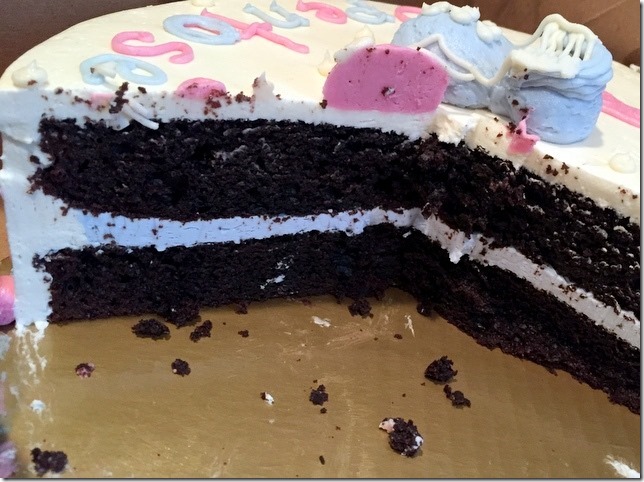 I guess I really do have some mama intuition!

Lucas really couldn’t care less right now (and still doesn’t really get it, although he’ll still give the baby hugs and squeezes), but we’re so excited to be able to give him a little brother…a lifelong best bud! 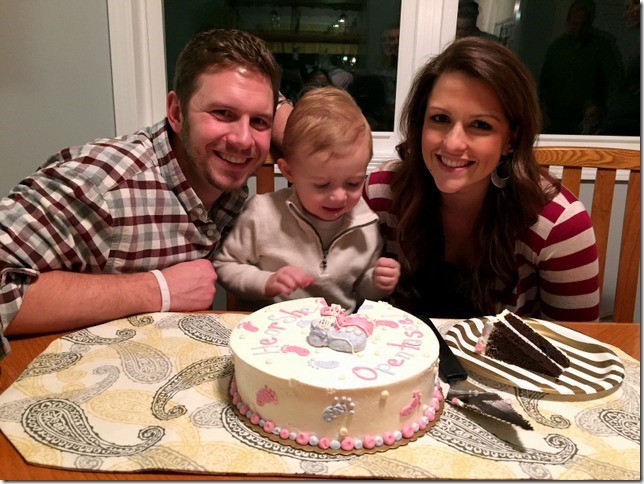 I’ll be sharing more details in my next bumpdate (hopefully tomorrow!), but for now, I hope you all have a fabulous day (especially if you’re enjoying the day OFF!) and I’ll catch up with you all tomorrow!