Can we talk about perfection for a quick minute? Because I’m pretty sure that’s what tonight’s evening involved in the Horan kitchen.

First, things started with some delicious Chardonnay that I sipped on while preparing dinner (it has been WAY too long since I enjoyed a glass of wine while cooking). 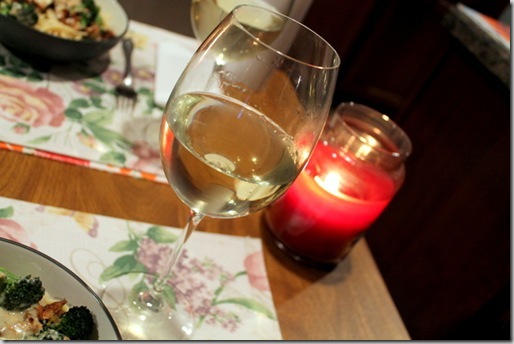 Then there was this absolutely incredible dinner…along with another glass of Chardonnay. 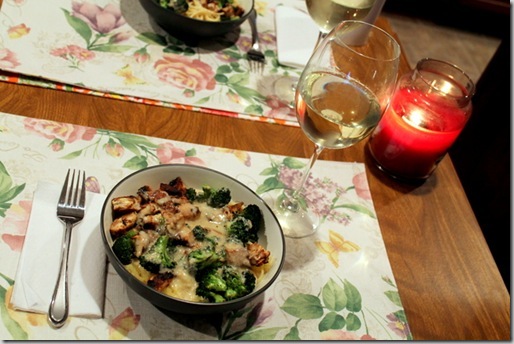 But about this dinner…what we’ve got right here is a healthy chicken and broccoli alfredo. Absolutely delicious. 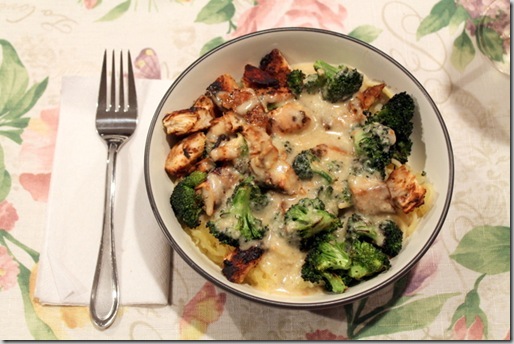 I initially came across this recipe in my Every Day with Rachel Ray magazine for Skinny Fettuccini Alfredo a couple of weeks ago, and Jay and I have been dying to try it ever since. Well…tonight was the night. 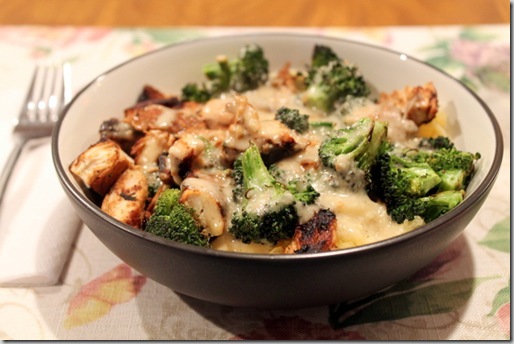 I followed the directions for the sauce almost exactly, only making a few minor substitutions, but then I also added in some grilled chicken and roasted broccoli for some added protein and nutrients. 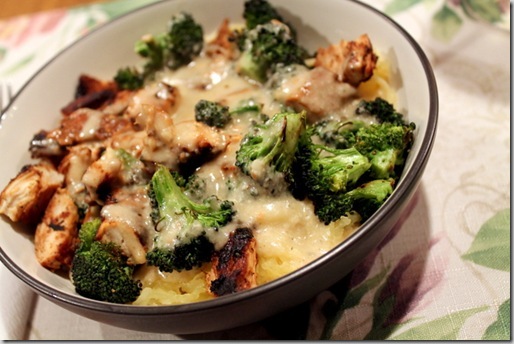 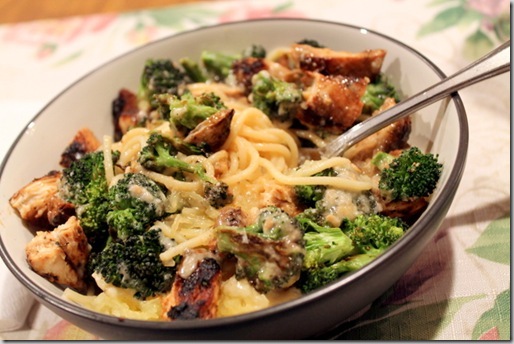 Jay and I are both major alfredo fans (especially him), and for being a healthier version, this dish definitely hit the spot. If you’re in the same boat as we are, then I’d totally recommend giving it a try!

And as if that wasn’t enough, I even did a little baking all while in the midst of cooking dinner. 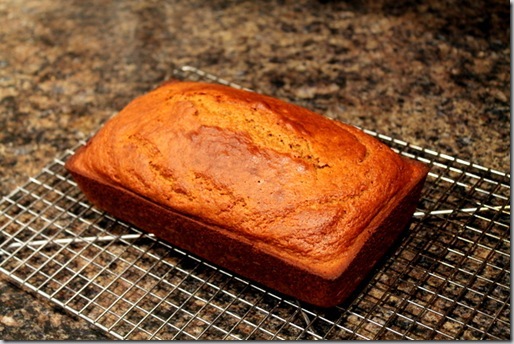 Would you believe that I hoard Trader Joe’s items? (You may also remember that I like to hoard gourmet English muffins too, but anyway…). So get this…

That right there is a loaf of Trader Joe’s pumpkin bread, that was made with a mix that has been in my pantry since October 24, 2010. Yes, 2010. I bought it when a group of us made a road trip out to the TJ’s is Massachusetts, and I’m actually almost a little embarrassed that I still hadn’t used it up until tonight.

Even worse? I also still have an unopened bag of Powerberries that have been in the pantry since March 27, 2011, when Jay and I made another road trip out to Massachusetts. Seriously, what is wrong with me?

Does anyone else hoard goodies from anywhere, or am I the only cool kid who caught that memo?