Well heyyyy, friends! Long time, no chat!? I totally didn’t mean to go dark after posting that delish dirt cake recipe, but I took both Thursday and Friday off from work to have some special time with Lucas on his spring break last week, so family time won over.

Thursday was a special Lucas & mom day! I didn’t really know what we were going to do, but while eating lunch, he happened to ask me if I knew when mini golf was finally going to open (he’s obsessed, if you remember…). Well, turns out, they’re open! And it was THE most beautiful day on Thursday, so after finishing up some lunch, off we went. 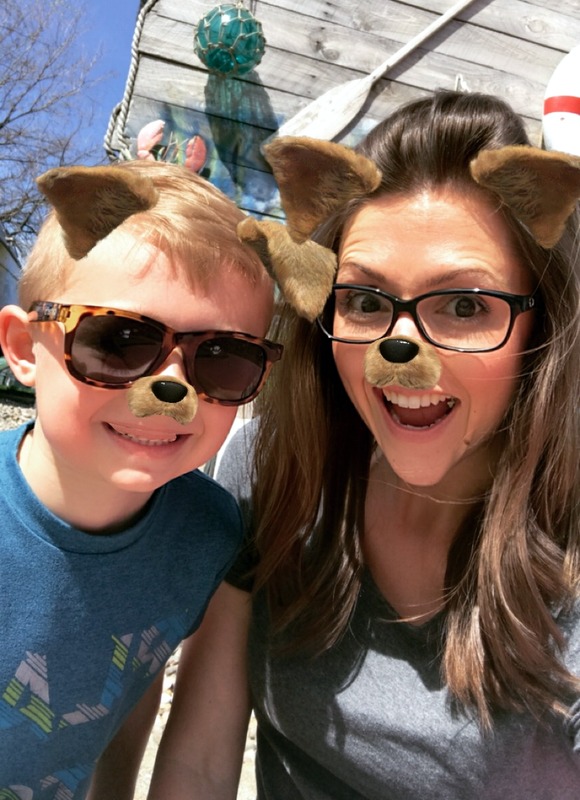 Sorry for the open mouthed gum shot there…

Lucas was absolutely THRILLED to finally be “back out on the course” as I told him, and he even finished up our round with a hole in one on the final hole. 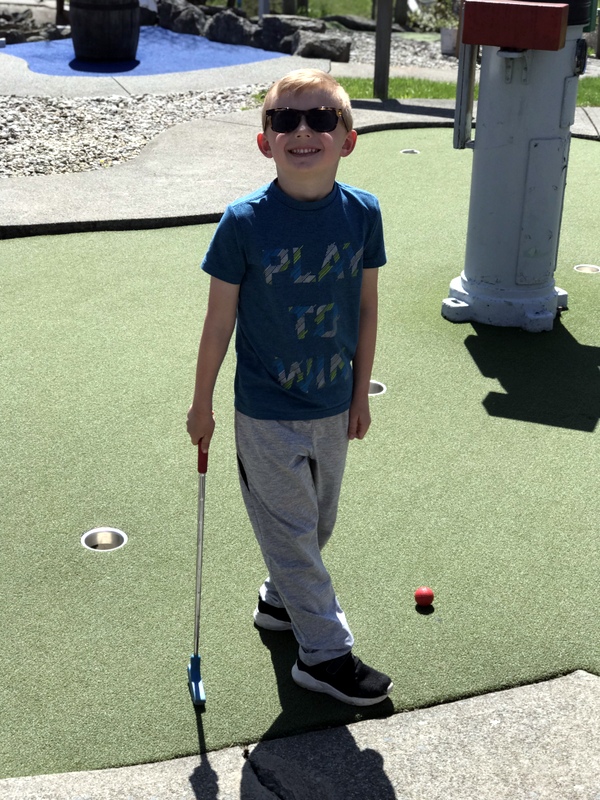 And, of course, you can’t ever really go mini golfing without finishing up with some ice cream, right? 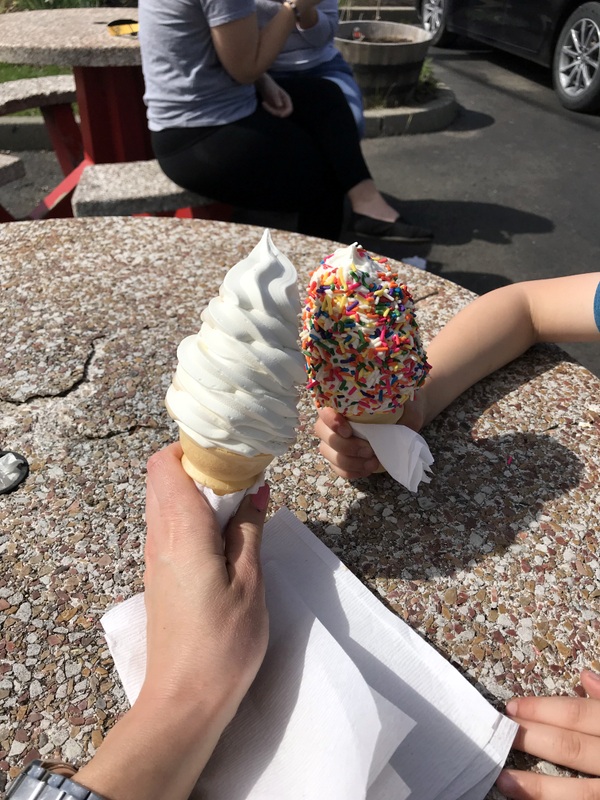 Normally, I’m a sprinkles gal all. the. way. but for whatever reason, the vanilla + salted caramel swirl they had just sounded so freakin’ good and better without sprinkles. Ughh, it WAS so freakin’ good.

On Friday, Jay and I both took the day off to hang with our bud. I mentioned last week that we had planned on possibly taking a day trip down to New Jersey, but after Jay had to work late and on the road a lot the day before, we opted to do the long trip another time. Instead, we went out for lunch and then wound up staying local and visited the miSci Museum of Science and Innovation instead. 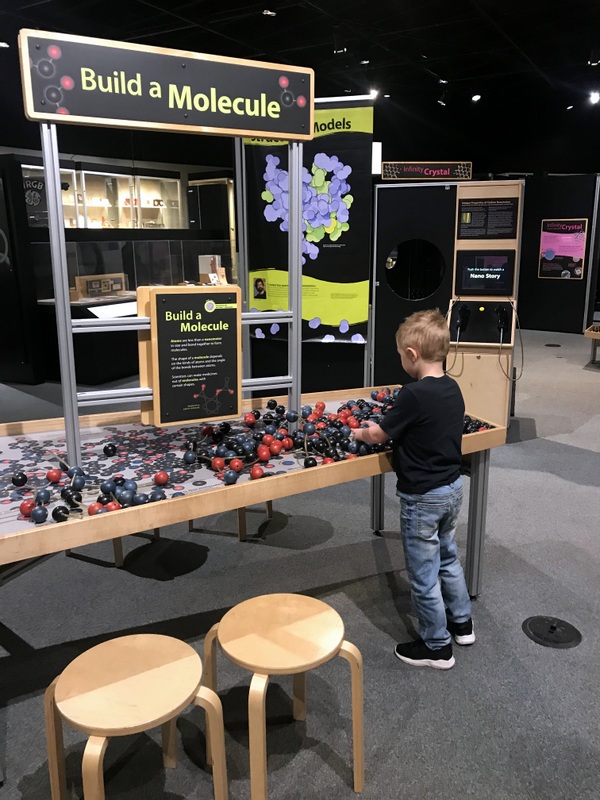 We got there just shortly before their first planetarium show of the day, so we walked around a bit before heading in to the show. 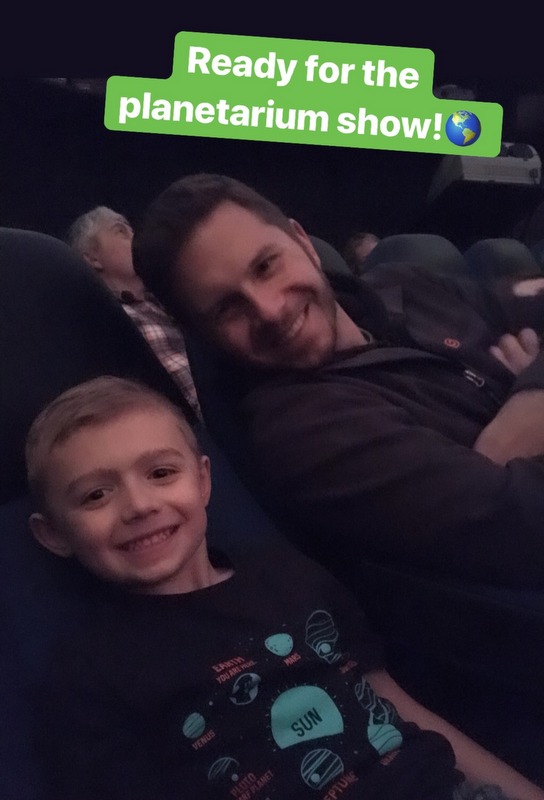 Honestly, we weren’t super impressed with the show, and Lucas told me that he actually liked the other show he saw last year better (so did I). So while I’m glad we got to try it out, I think we’ll keep our local planetarium visits to the Henry Hudson planetarium instead.

After the show we browsed around the museum a bit more before we eventually headed back to get Alex and head home. 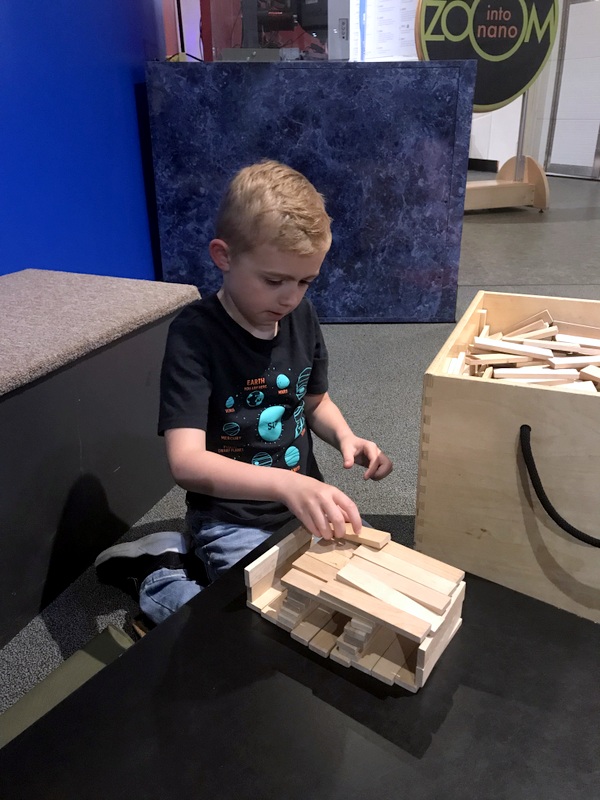 Okay, let’s see…what else has been going on since we last chatted?

Oh, well we did have an incident with Lucas’s teddy…for the first time in his 5-1/2 years of life, we actually had to put Lucas to bed WITHOUT his teddy because we could just not find him anywhere in the house. It was driving us crazy because we knew he had to be around somewhere!! Then about 3 days later, as I was opening up our mudroom closet to grab a coat, I spotted him stuck down in the corner on the floor. 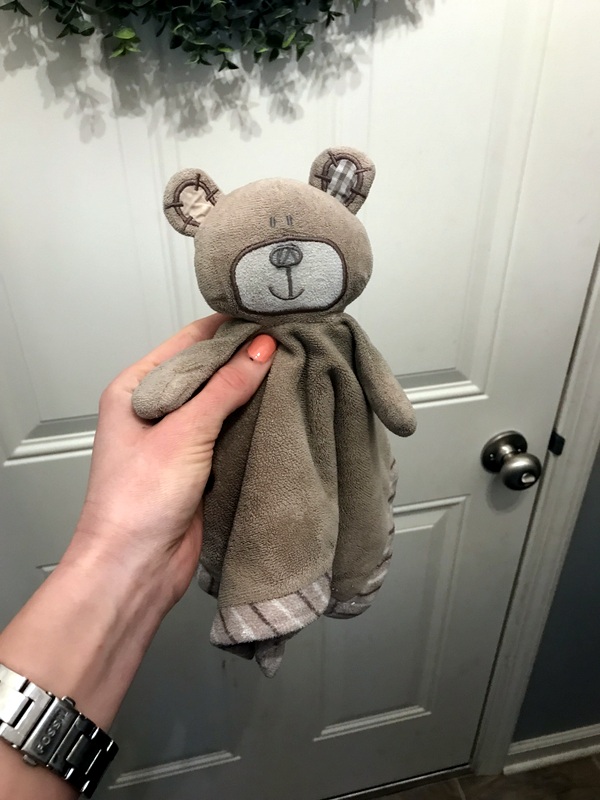 I was SO excited. But it was nothing compared to Lucas, and I honestly just love that he still loves his teddy so much. <3 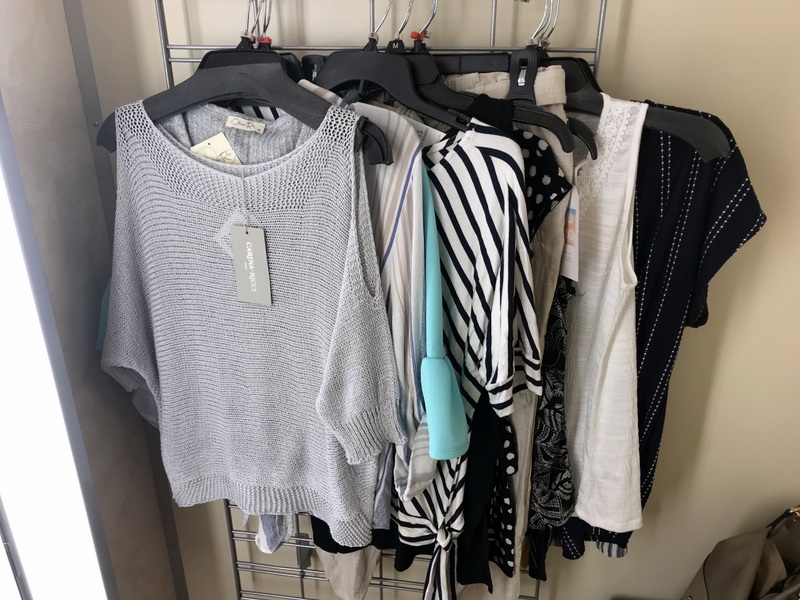 I was apparently really drawn to tops with ties in the front and wound up buying a couple of them, including this tank… 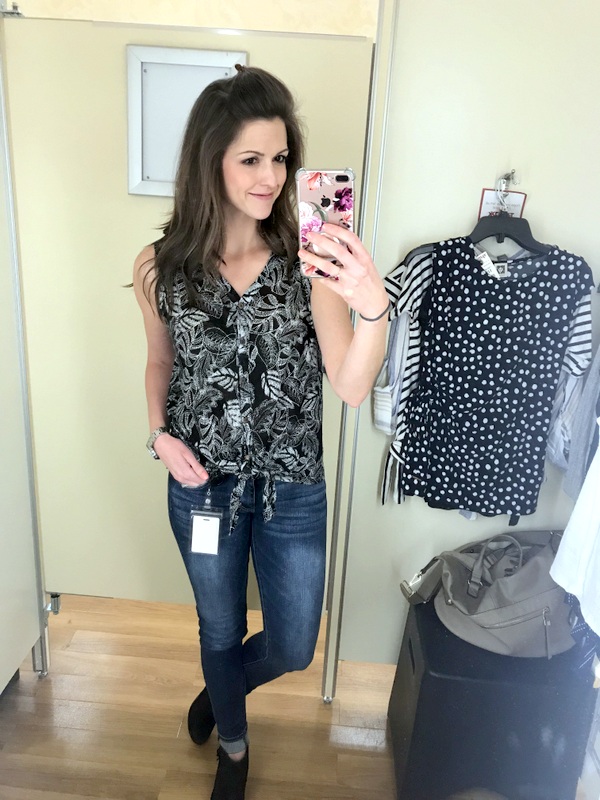 And this short-sleeved navy top… 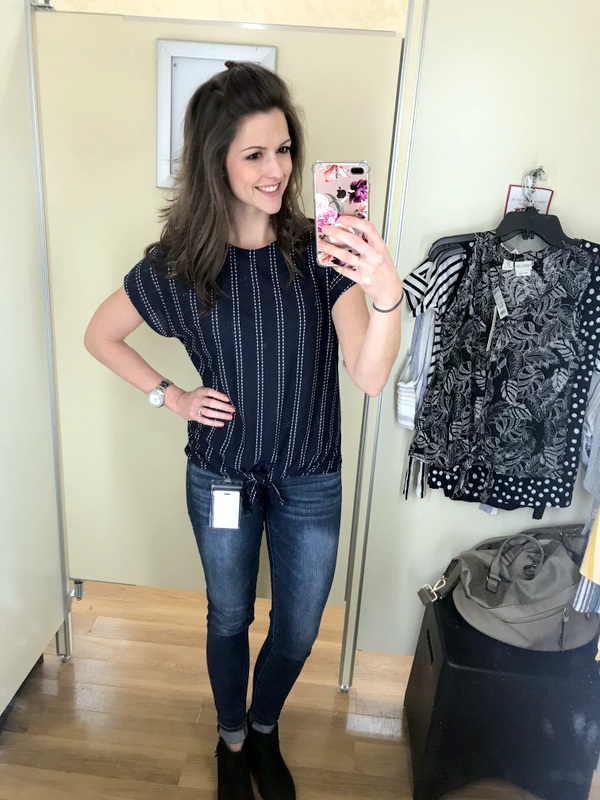 Now we just need the weather to warm back up again!

Oh, here’s a fun update that we’ve had since we last chatted… 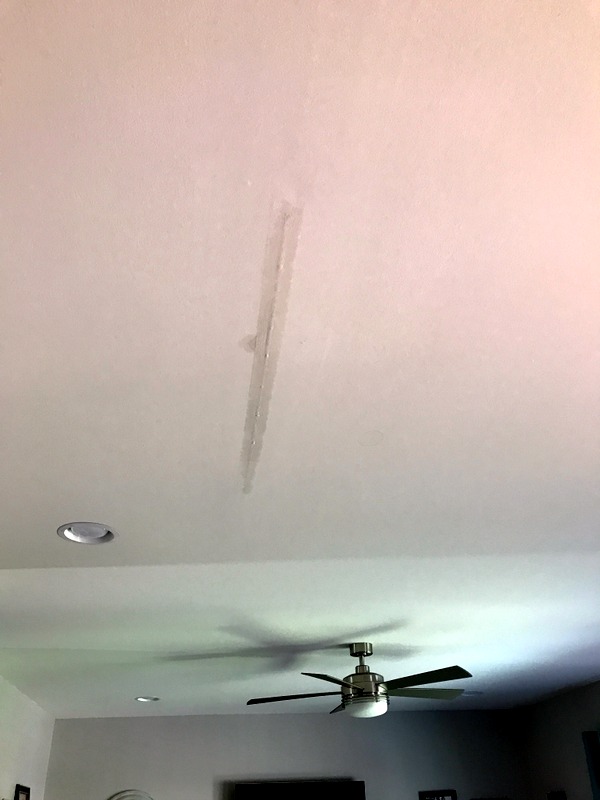 YEP. A nice, big ol’ water leak smack dab in the center of the living room ceiling. Jay sent me that picture last week after he had stopped home for lunch and I almost thought he was kidding. But, sure as shit, it was no joke.

So then this happened… 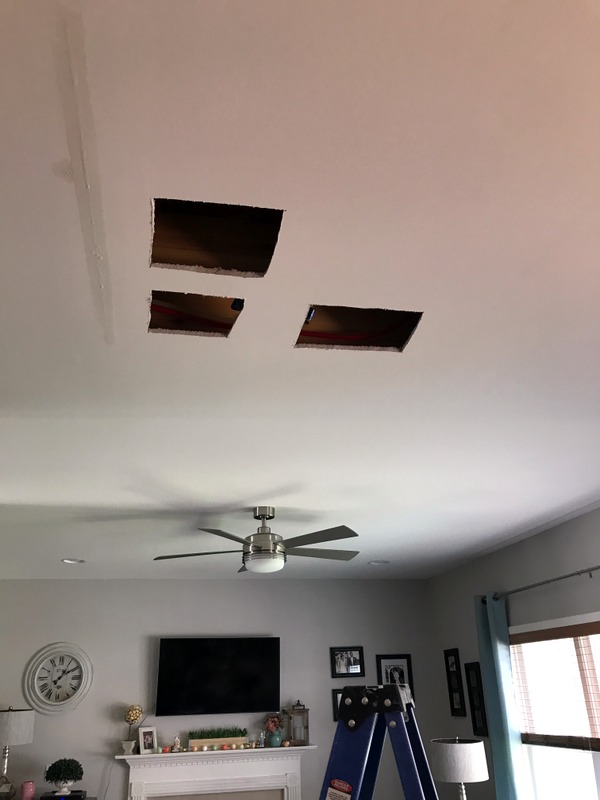 Thankfully, Jay was able to find the leak AND repair the pipe (that man, I’ll tell ya…<3) so that issue was solved. But now we’re just working on getting the ceiling all patched up again, which will then likely require some fresh paint, too. Fun stuff.

Okay so that was totally NOT fun, but you know what WAS fun? Trying out my first ever Orangetheory class yesterday with my friend, Natalia! 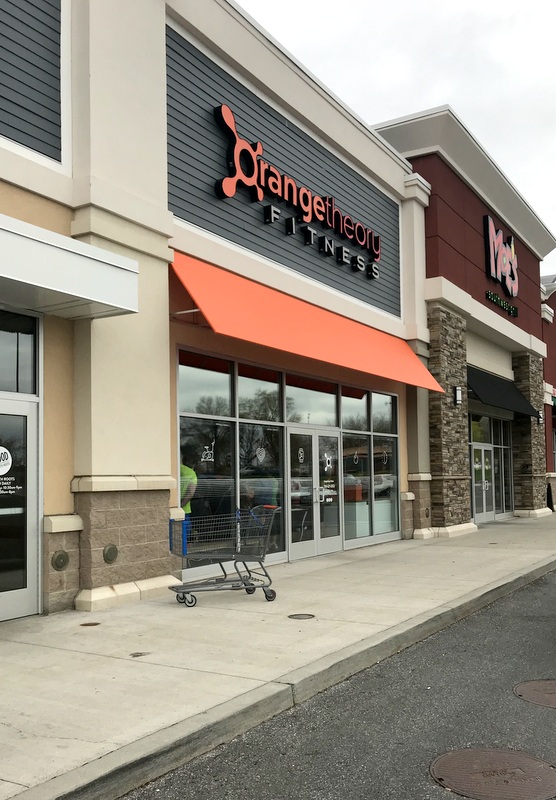 She invited me to go with her to a fundraiser that was going on for one of her friends, and I was thrilled to go because I’d been wanting to try a class out for the longest time. The perfect opportunity!

Well, the. class. was. AWESOME. The amount of soreness happening is ridiculous (in that good way, you know what I mean) and I was oddly really excited to get my first summary with splat points and all that jazz that I always see people talking about. 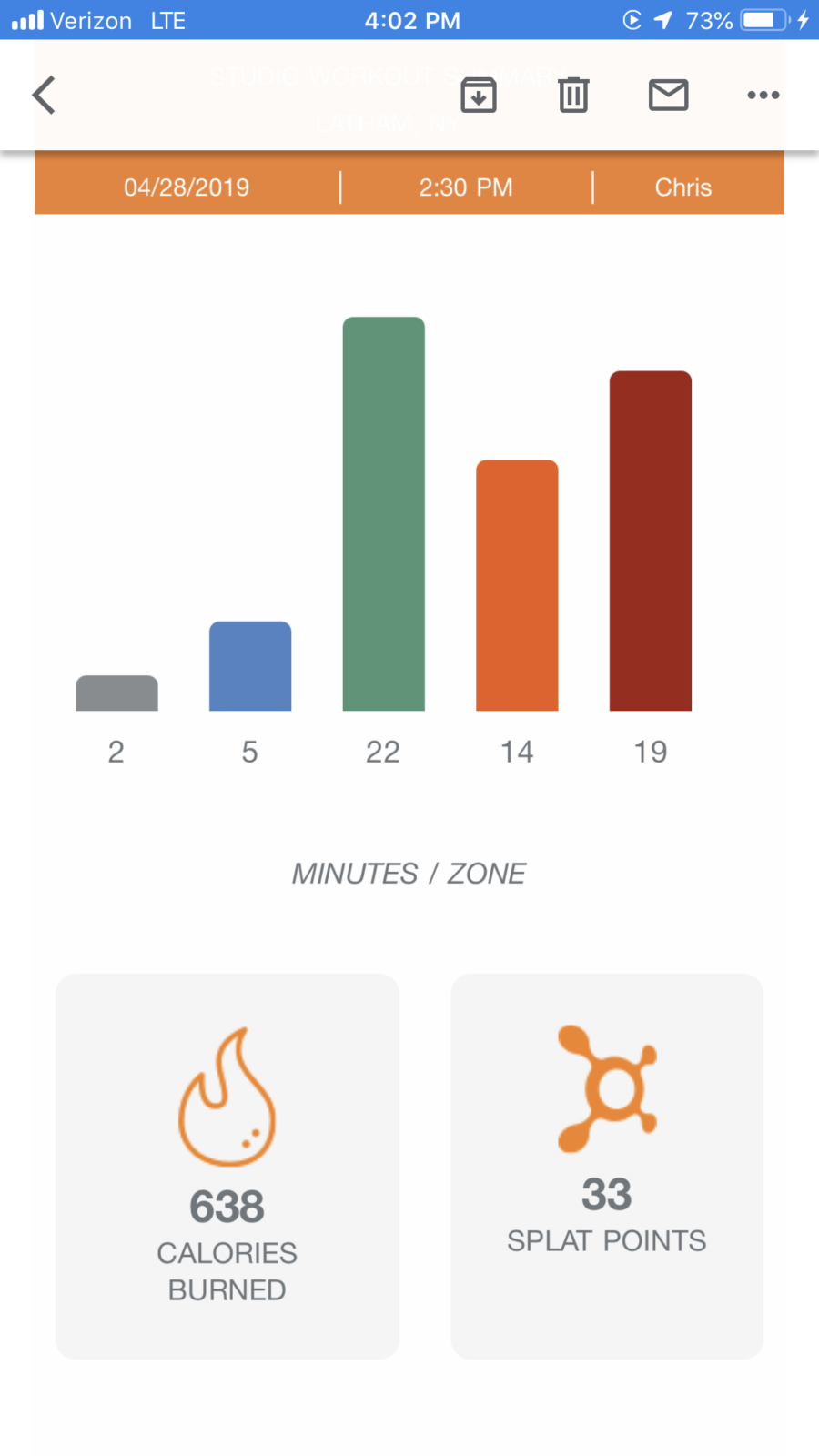 Apparently getting more than 12 minutes in the red zone is what people should aim for, so I guess it went well! I blame those damn inclines on the treadmill. Oooof.

But better yet? I actually wound up winning a raffle for a FREE month Elite membership!! So it looks like I’ll be squeezing in some more classes in my near future, and I cannot wait!

Whew, okay that was a bunch to catch up on, so there we have it. I hope you all had a great weekend, and I’ll be checking in later this week with some more recent meals we’ve been enjoying. Happy Monday! <3