I first wrote and published this post in 2012. It was scary on many levels. I was nervous about sharing such a personal issue. I didn’t know what my future held as I battled Hypothalamic Amenorrhea. And I didn’t know how my readers would react to me sharing what is often held fairly private.

In the years since, my life has changed dramatically. 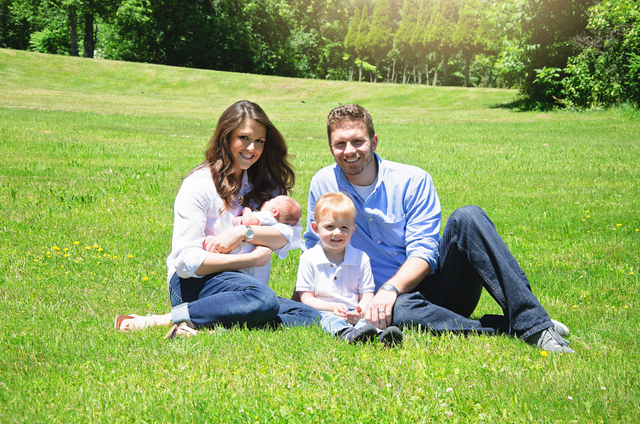 Despite my HA, I have:

I also suffered a pregnancy loss that broke my heart and made my journey even more challenging.

If you’re here because you have been diagnosed with HA or have concerns about your health, I hope that my story inspires you to have hope and also,  to be proactive. You can see some other updates that I’ve published since I first revealed my HA diagnosis here:

If you have any questions, please let me know. I received so much great support when I shared my story and if I can help you, I am ready and willing.

For now, here’s the post I originally published in 2012:

For the past couple of months, there’s been a post I’ve wanted to write.

Ultimately, however, whenever I’ve tried to sit down and actually write it out, I either can’t find the words or I just have too sour of an outlook on the situation to truly get to the point I’m trying to get across.

The fact of the matter is, these past couple of months have been hard for me, on more levels than I could have ever imagined. Mentally, physically, and emotionally. Outside of Jay, my mom, and some of my very close friends (both in real life, and in the blog world), I really haven’t brought this up with anyone until now.

So here we are today, and I finally feel like I’m in a place where I can talk about this thing openly and honestly. First and foremost…I am okay, so please don’t worry about me. I’ll spare you all the nitty gritty details of everything (just because I think it’s important to maintain some sense of privacy and keep certain things for off the blog), but I am feeling compelled to share this “thing” after hiding behind it long enough.

So I’ll just get to right to the point…about two months ago, I was diagnosed with Hypothalamic Amenorrhea, or “HA.” I’d be willing to bet that most of you have never even heard of this before, and had it not been for me reading the blogs of some fabulous ladies, I probably wouldn’t have known what it was either.

Basically, it’s a condition where menstruation stops for several months due to a problem involving the hypothalamus in the brain.

I knew that something was up a few months ago, so I made an appointment to go see my regular OB-GYN. After a couple of tests with her and another month or so of waiting, she suggested that I go see a specialist.

I was lucky to get an appointment after only about a month of waiting, thanks to a cancellation, and I went in to meet with the specialist. Before we even spoke about everything, I had a sneaking suspicion that I already knew what he was going to tell me, but I waited.

The doctor continued to talk, ask questions, write down information furiously, and then proceeded to tell me his answer to my “why is this happening to me” question. And then, wouldn’t you know, he explained what I already suspected…

While he said he can’t be 100% certain, it was his medical opinion that the cause of my HA is a combination of recent heavy exercise, as well as that God-awful time period when I was not feeding my body the nutrients that it needed.  And even though his response didn’t surprise me, since the research I’d done previously was very similar, my heart still sank like a rock and I immediately started playing the “what if” game…

What if I had only taken care of my body back then?

What if I hadn’t exercised so much?

I spent that first week very, very angry with myself. I had nobody to blame but myself, really. Slowly, I began to accept this thing for what it was and I realized that the past was the past. There was nothing I could do about it…the only thing I could do was move forward and make the best of it.

From that first visit, I spent a majority of the month of June, and some of July, shuffling in and out of the doctor’s office and hospital. I’ve been in for tests, more tests, more very unpleasant tests, and even MRI scans (the reason for my special treat this day), just to be sure that there was nothing else that was physically interfering with my ill-functioning body. I’m happy to report that all of those tests came back normal, and I am so incredibly grateful for that, as I know that there are amazing women out there who are dealing/have dealt with far worse than me.

So you may be wondering why I’m even bothering to share this with you all today? Well, for the past couple of months, I struggled with that same question, which is why I’ve put off even talking about it. But today, I feel like I can finally explain it.

For one, I’ve felt like I’ve been living somewhat of a lie, which I no longer want to live. Day after day, I write on this blog all about “healthy living,” and here I am…not healthy. It isn’t fair of me to lead you all on to thinking that I am some “picture of health,” because right now, I am not.

Also related to the blog…you may have noticed that I’ve really cut back on sharing my daily exercise with you. Well, that’s because it hasn’t been happening. Back at that first appointment of mine, my doctor’s natural “prescription” in order to try to combat my HA was to begin what he amusingly calls the “Haagan Dazs Diet” – cut back significantly on exercise and try to gain about 5-10 pounds.

This has been a struggle for me, and I’m not going to lie and say that it hasn’t. I honestly love to exercise. I love to sweat, and I love that feeling of accomplishment I have when I’m done. I knew that it would be hard on me mentally to cut exercise out completely, so I checked with the specialist and see whether or not some light exercise would be acceptable…

Enter the June Yoga Challenge. Thank goodness I ended up finding a love for yoga with that challenge, since it has really been my only form of exercise besides walking (which has proven to be an excellent way to multi-task while catching up on my reading). They have been my sanity’s saving grace…and sometimes, if my house is hot enough, they even allow me to still sweat a bit too. Amen.

As far as the extra pounds go? I’ve been making an effort to eat more every day (many of my snacks have been going undocumented here, as well as my evening bowls of ice cream) and while I do mostly try to stick with healthy fats (like extra avocado, nuts, and nut butter) it doesn’t always happen. Sometimes I say “screw it,” and enjoy an extra scoop of ice cream or brownie. What can I say…guilty.

Since getting that diagnosis almost two months ago, I’ve gained around six pounds which, not surprisingly, was not hard for my body to do at all, of course. Yeah, I could do without ‘em. Honestly, I don’t love the fact that I’ve had to go out and buy clothes in bigger sizes, and I wish I could say that I’m at a point where I feel comfortable in my own skin, but right now I’m just not. I know I’ll get there…just like Ashley so admirably is…it’s just taking me some time. But ultimately, there’s no question: I’ve taken the extra pounds in order to get my body back to working like it should, and I am happy to say that I’m slowly on the right track.

If you’ve made it this far into this lengthy, picture-less post, then thank you. Please, please, do not feel sorry for me after reading all of this. HA, while trying at times, is miniscule compared to so many critical situations out there. If nothing else, I hope that by me sharing this with you all, there is at least one person who can benefit from it somehow. HA has been popping up more and more, yet so few people know about it.

So for right now, I’m just continuing to work on my personal definition of healthy…even though it may be different from just about everyone else.

« Back in the Rotation
Made It All Worth It »