Last Thursday, I put myself in a pretty awful situation. It was about 4:30pm, I was hungry…and then I went on Pinterest. 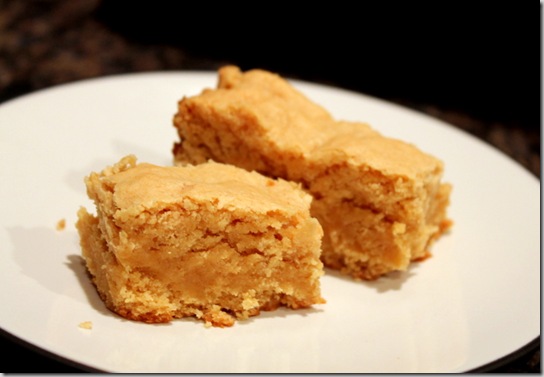 My mouth watered as I browsed through each recipe, with my only saving grace being that most of the recipes either called for ingredients I didn’t have, or would have taken more time than I wanted to deal with.

But then…I came across Gracie’s recipe for Cake Batter Blondies and all bets were off. I remembered having come across that recipe quite a ways back, but I had totally forgotten about them up until that point. 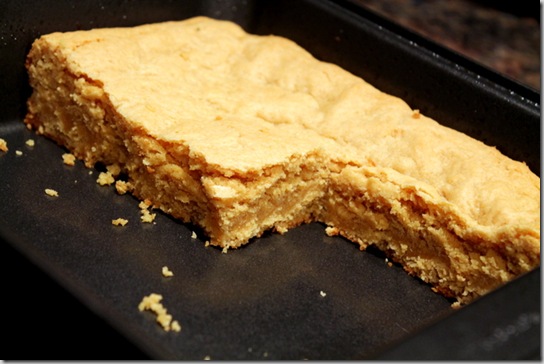 I already knew that I didn’t have any sprinkles on hand, so the fun “funfetti” look would not have been possible, and what’s the point in that? Then, I came across another variation that she made using Nutella and I realized that that was something I could work with. 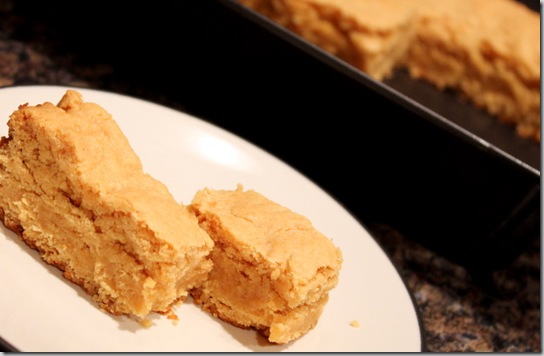 Because I didn’t have any Nutella on hand…but I DID have some white chocolate peanut butter…and man oh man did that sound like a delicious combo. Turns out, it is not only delicious… 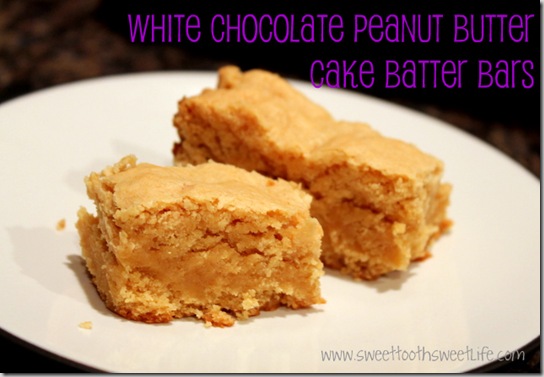 it is dangerously delicious.

*any regular peanut butter would taste just as good, too!

Preheat oven to 350 degrees. In a small bowl whisk together egg substitute, oil, and peanut butter. Add cake mix (and chips, if using) to the wet mixture and combine (batter will be very thick). Slowly add the milk and stir until just combined.

Place batter in an 8×8 pan sprayed with nonstick cooking spray. Bake for 22-25 minutes or just until the edges turn golden. Allow to cool completely (at least 30 minutes) before cutting – the center will otherwise be pretty gooey! 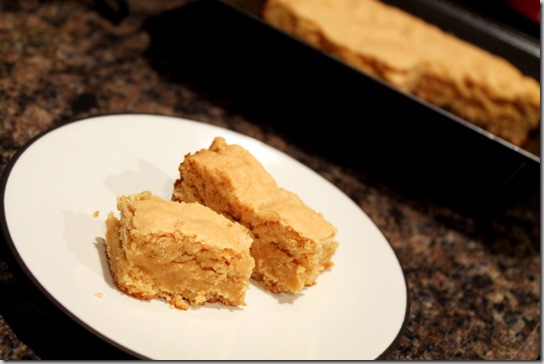 I’d be willing to bet that these would taste phenomenal if they were topped with some White Chocolate Buttercream or Fudgy Frosting, but I just couldn’t bring myself to do it…

I already did enough damage on them without making them even more delicious.

« Talkin’ Tempo
Switch It Up »