Last night was a really big night for my dad and I was could not have been more proud of him!

Depending on how long you’ve been reading STSL, you may or may not know that I come from a family of bowlers. Although Jay and I have taken the past couple of years off, all of us at one point were quite the bowling crew. My appreciation for bowling definitely came from my parents, who taught me from a young age, and my dad, especially, has encouraged me ever since.

I’ve even had the opportunity of bowling with my dad in a tournament on TV (which we won!) which was not only quite an accomplishment, but also an honor.

My dad always told me that if you work hard enough at something, you can achieve it, and last night was a perfect example of his success and determination. Last night, my dad was honored and inducted into the Troy Bowling Hall of Fame! 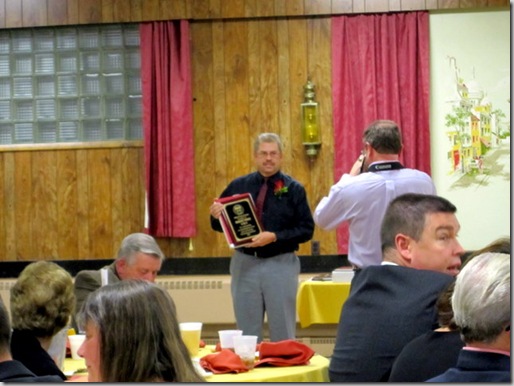 WOOO HOOO!! He even had to give a speech which, in my opinion, was way better than the speeches of the other two guys who were inducted. Then again, maybe I am a little biased. 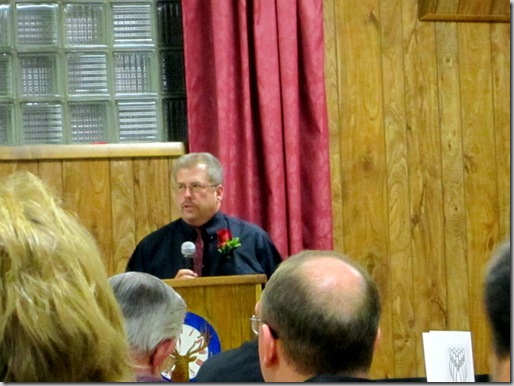 Either way, I was so super proud of him – Congratulations, Big Guy!

Before the induction and speeches actually began, we all arrived for the cocktail hour and enjoyed just hangin’ around and enjoying each others’ company. 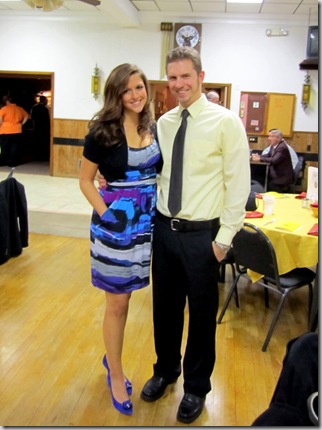 We had quite a fun table! 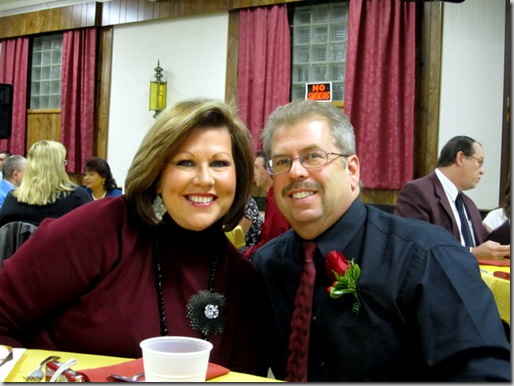 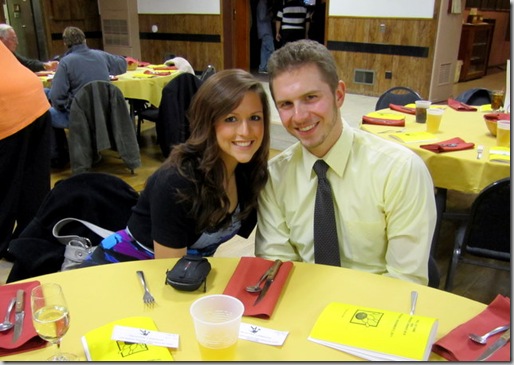 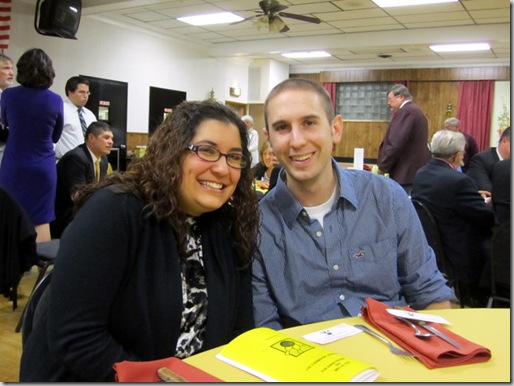 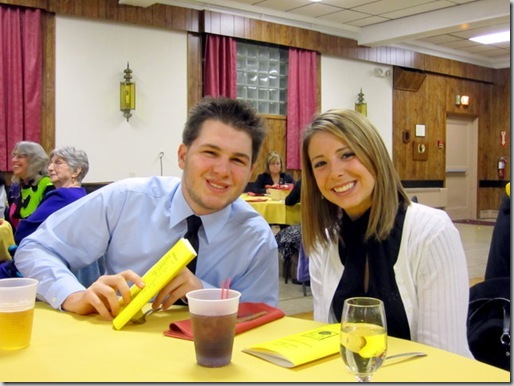 (P.S. – I was super excited to see Meg again – I hadn’t seen her since our Ice Cream Tour!) 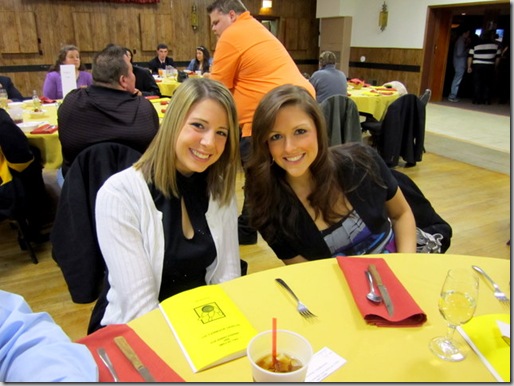 The boys, of course, were feeding off of each others’ goofiness. 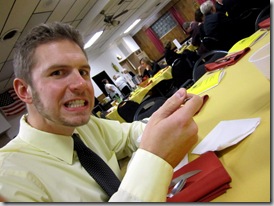 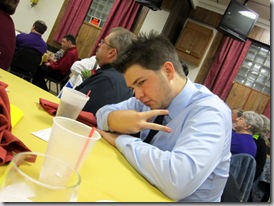 During the cocktail hour and dinner, I enjoyed a couple of glasses of pinot grigio. It still wasn’t the best wine I’ve ever tasted, but it was better than Friday night. 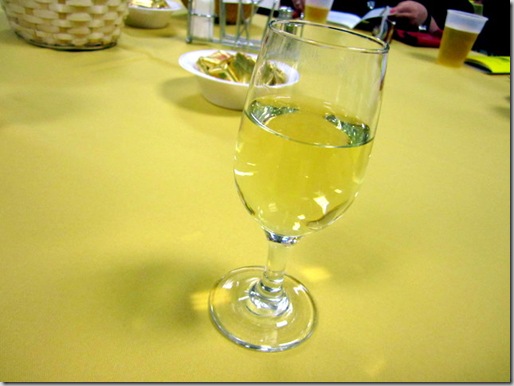 For dinner, I had ordered the chicken, which was your standard, stuffed chicken with mashies and veggies. I added a roll, ate most of the chicken and veggies, and about half of the stuffing and mashies. 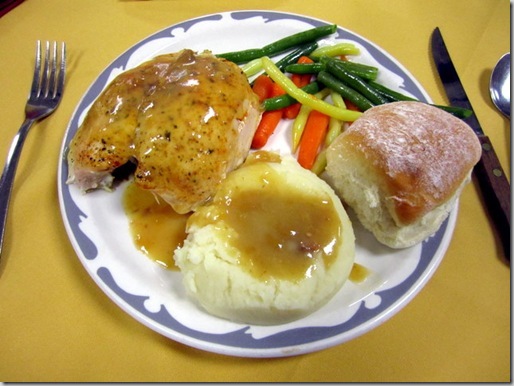 You know, I had to make sure to save room for a little dessert. I had half of the chocolate cookie but devoured that bar thing. Our entire table was trying to figure out what in the world the bar thing was – it was like a spice cake, but like a blondie, and there was raisins in it, and some sort of maple frosting. Whatever it was, the general consensus was that it was delicious. 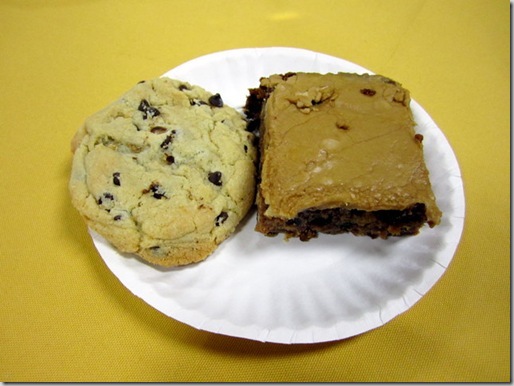 After dinner, we hung out for a little longer and danced around at our table to the DJ’s music. 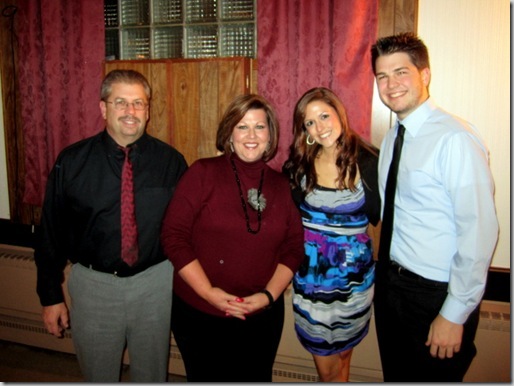 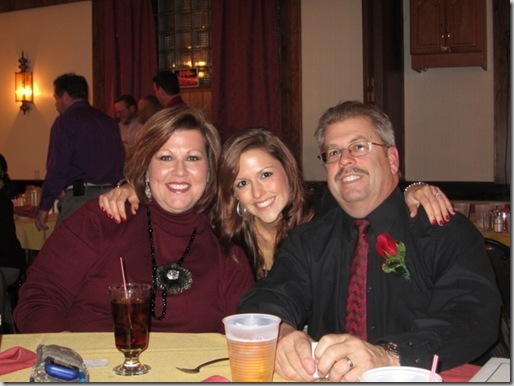 Unfortunately, I ended up having a little breathing incident and had to cut the night short. Earlier in the day, Jay had done a bunch of cleaning around in the basement, which stirred up a lot of dust. Whenever that happens, my asthma tends to act up quite a bit, and even though I was out of the house for a while, it was still giving me problems.

Usually if I’m having a slight asthma attack, I just try to push through it, but last night was really, really uncomfortable and was only getting worse, so I knew it was time to go. Jay and I said our goodbyes a little early, headed back home, I took my inhaler, and curled up into bed. I typically try not to complain about my asthma, but yesterday was just one of those days where I was really angry about it…damn lungs.

Luckily, by the time I woke up this morning, I was feeling much better (thanks for checking in on me, Heather!), so I headed out to the gym for a BodyPump class. I actually got there early enough to do a little cardio, but considering last nights’ breathing troubles, I kept it easy with about 25 minutes of incline walking.

After BodyPump (which was back to the latest release and AWESOME) I headed home to make some breakfast. Another egg, provolone, and raspberry jam English muffin sandwich. I made some extra eggs today to have on the side, too. 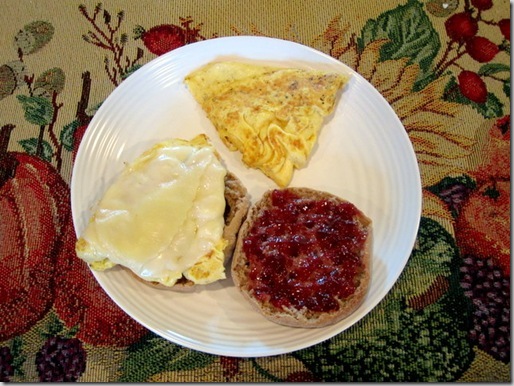 I enjoyed my sandwich while reading through the Sunday paper and clipping some coupons. You guys know I love my coupons! 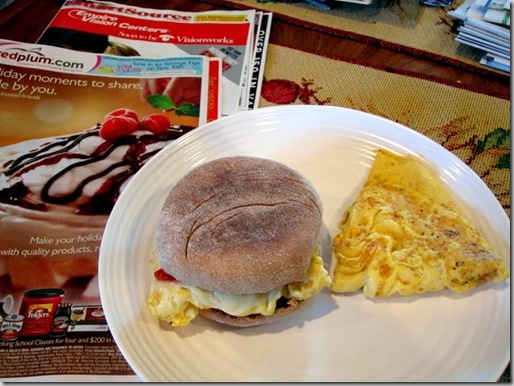 Now Jay and I are headed out to pick up a few items for the house and (hopefully) a latte for myself.

Have you ever struggled with asthma/breathing troubles of any sort?

Did you grow up doing any sports with either your parents and/or siblings?

« I Might Need Some Gum Now
Just Can’t Stomach It »