**FYI: The Baby Tooth page has been updated with Lucas’s 3 Month update!**

I’ve been trying to get this post together for a few days now, but between little man has been needing some extra lovin’ this week (not sure if teething is started, if he’s going through a Wonder Week, or something else…it’s all a guessing game right now) so my hands have been a bit tied.

BUT…now that I have a few extra minutes to spare, I figured I’d check in with you all and let you in on some deets of my recent NYC trip. Soooo, let me go back to a little over a month ago…

I received an email from someone at Fitness Magazine with some really exciting news. At first, I wasn’t quite sure if it was even real, but sure enough, after some volleying of emails back and forth it was indeed a real thing.

As it turns out, Lands’ End was interested in using me in a photo shoot, which was being coordinated through Fitness Magazine! At first, of course, I was totally psyched and completely thrown off guard. Then the reality set in a bit and I started worrying…

“Umm, I wonder if they realize I just had a baby a little over two months ago? I’m not exactly the picture of “fitness” right now!”

Since I’ve been a (very, very small) part of the world of modeling before, I know and understand that sometimes needs and wants are very specific. I quickly addressed these concerns with both Fitness and Lands’ End (I even sent them pictures of myself just so there were no “surprises”) but they agreed that I was still, in fact, what they were looking for.

WOAH. Hold the phone. Now it was getting real (and I’ll get to more of my feelings on that in a second).

Email correspondence continued back and forth for a few more weeks and, eventually, travel and logistics started to fall into place. So last Thursday evening, Jay, Lucas, and myself hopped on the train and headed down to NYC for a photo shoot.

Yes, all of that was for a trip not longer than 24 hours. Boy how things change when a baby is involved!

Thankfully, Lucas was amazing on the trip down. He fell asleep in the car on the way to the train station, and stayed asleep for about three quarters of the ride down. Once he woke up, he was happy as a clam and remained easily entertained by his two silly parents. We checked in to our hotel no problem on Thursday night, we all got a good night’s sleep (Lucas only woke up once, as per usual), and then I was up and at ‘em bright and early Friday morning.

A car came to pick me up from the hotel to bring me on set for hair and makeup. When I first got there, I was surprised to see it really just looked like a big, random building. But inside, I discovered that each floor had spaces that companies could rent out for various photo shoot needs. It was really pretty cool to see everything all set up! 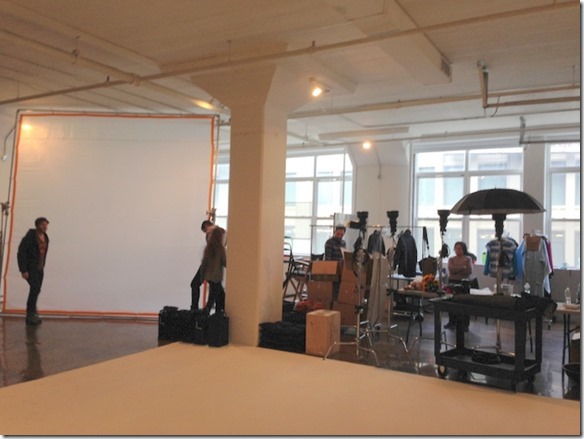 Shortly after finding my way to our space, breakfast was catered so I helped myself to a plate while waiting for what was next. 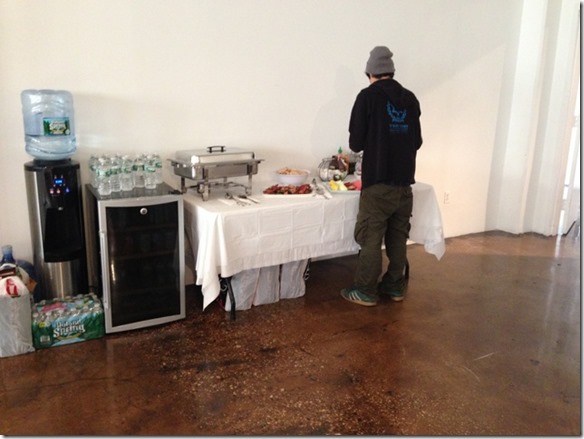 He was such an awesome guy. It was actually him and my clothing stylist (gosh, it sounds so fancy, doesn’t it?) who were the two that I dealt with the most during the day and they were both fantastic. So helpful, accommodating, nice, and friendly. 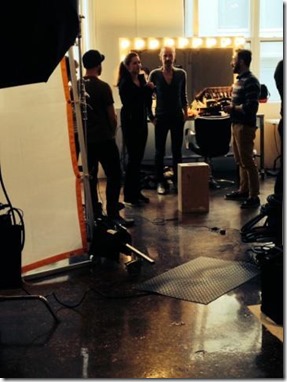 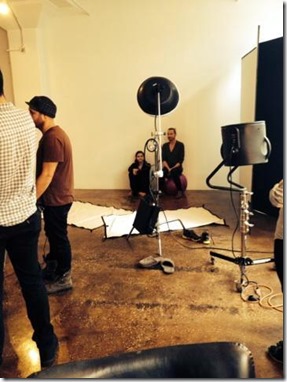 Having people poke, primp, fix, move, and adjust you all day long can be exhausting, but it was still ridiculously fun. There was a break for lunch somewhere in there between shooting and touch ups, so I made sure to relax and grab a plate (the asparagus was soooo good). 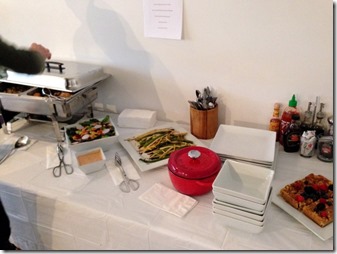 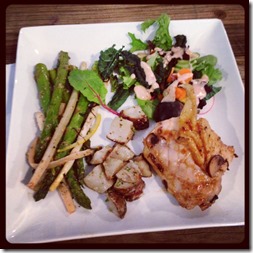 I also made sure to take a few breaks to spend time with my boys, who were on set almost all day (a separate car picked them up a little later in the morning). 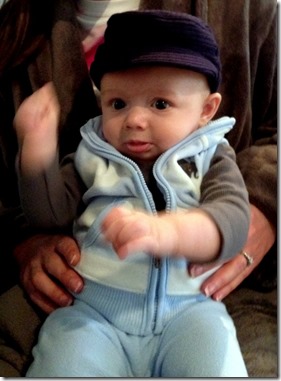 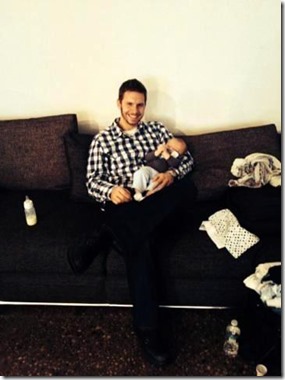 By the time we wrapped up (it even ended with a “That’s a wrap!” with applause…just like you see on TV, haha), we had a little time to get our things together before a car was due to pick us up and bring us back to the train station. 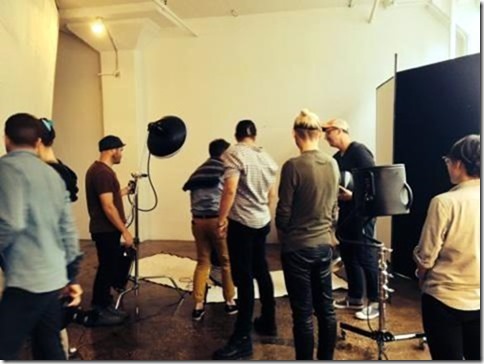 Unfortunately, Mr. Lucas was not loving the car ride home (couldn’t fall asleep, super fussy, needed to be held-standing, of course, yadda yadda…) but we managed. By the time we got home around almost 11pm though, I was more than ready for bed. Whew.

So while I can’t get into any specifics of the shoot and/or what it was for YET, I CAN tell you that you will most likely be seeing my mug (and maybe even Lucas’s!

) in an upcoming issue of Fitness Magazine, as well as an upcoming catalog for Lands’ End.

At first, as I mentioned before, I was a little nervous about the timing. Just having had a baby a little over three months ago, I’m not exactly in my fittest shape (nor would I expect to be!). I won’t lie…I was feeling pretty self-conscious at first, and I doubted whether or not I should be the right choice for them. And sadly, I was surprised to see just how quickly my mind initially started going back to my old ways of thinking…

“How can I get ready for this? Should I cut out sweets? Limit carbs? Exercise more?”

But it didn’t take long to snap back to reality and realize I can’t do that anymore. Not only do I have zero desire to travel back down that road again, but more importantly, I have a precious baby boy who needs my body strong enough to be able to nourish him. Never in a million years would I have wanted to do anything that could have impacted my supply for breastfeeding, so that was that. I continued eating what I’ve been eating (including a big ol’ bowl of ice cream the three nights in a row leading up to the trip) and I’ve still only had one legit workout over the last three weeks. It’s just how it is right now.

And the fact that Lands’ End and Fitness were okay with this and excited to use me for this project just the way I am made me even more excited to be a part of it. The pressure was off, and the only “nerves” I had/have left were the fact that I’m going to appear in a national magazine and catalog…and that would happen no matter what size I was or shape I was in!

But honestly, EVERYONE I dealt with during the day was absolutely incredible. The photographer, the creative director, the seamstress, the girls from Fitness Magazine, the writers, producers, videographer, lighting guys (they probably have a more official sounding role, sorry), and everyone else were just SO nice. And I’m not exaggerating when I say that. They offered to help take Lucas once in a while to give Jay a break, they were super flexible with allowing me to feed him and/or pump throughout the day, and they all chatted with Jay quite a bit too, making him a part of the experience. We both agreed that everyone together made the whole experience just that much better.

So from here, there’s still a couple months until more details of the photo shoot can be revealed, but I’ll be sure to share them all with you as soon as I can!