Oh man. I think I need to start doing my WIAW posts for another day other than Tuesday. Tuesday just does not seem to be the day of the week that highlights some of my better meals, let alone keeping up with each month’s challenge…

Yesterday was a totally off day for my appetite; it was pretty much non-existent which is quite rare for me. I ate when I felt hungry and when my stomach was feeling okay because for some reason, it was off for a good portion of the day.

So yeah…about that extra cup of veggies. Not so much yesterday…

I mentioned yesterday morning how I wasn’t super hungry right off the bat so I had a banana and a mug of coffee. 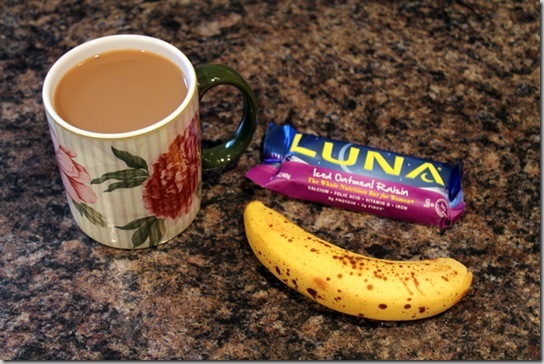 That actually held me over quite well, so I didn’t even end up eating the Luna bar. Definitely a weird appetite morning for me.

By the time I got home from work, I had already gotten in my workout for the morning and I was finally ready for a real meal. It doesn’t matter what time of day it is…if I feel like I didn’t get a real breakfast, I’m still going to have it.

Yesterday’s oatmeal creation was a little bit different than normal, due to the fact that I used up the last of the milk in my coffee earlier in the morning. So to add a little creaminess, I played around a bit with the normal ingredients: 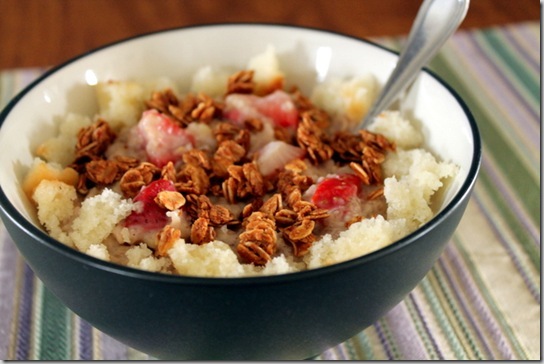 The Greek yogurt definitely helped with the creaminess and made for one fantastic bowl of oats. I topped everything off with a sprinkle of Love and half of a piece of leftover almond pound cake from Friday. I’ve still got a few slices left to tackle… 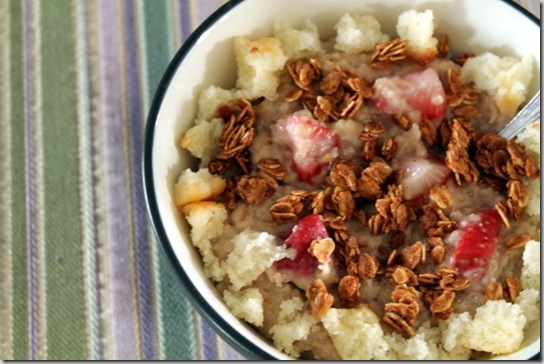 Since I ate breakfast so much later than usual, I wasn’t all that hungry until later in the afternoon. I probably would have held off even longer, but since I had to leave for work, I figured it’d be a good idea to fill up. 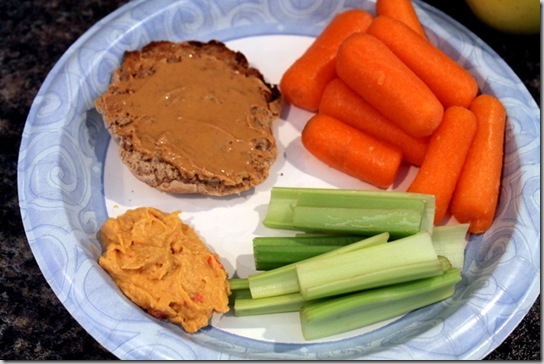 I made a little bit of a lunch plate with some baby carrots, celery, hummus, and half of a whole wheat English muffin with peanut butter. I also took out an apple but I ended up saving that for later during work. 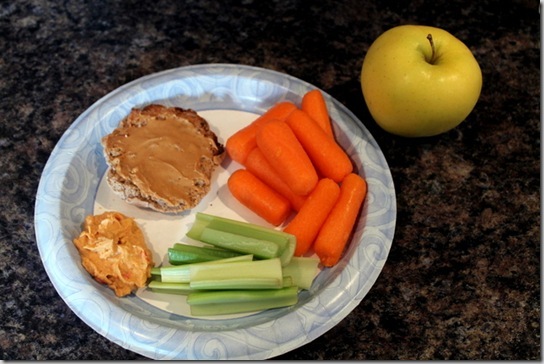 Before walking out the door, I also ended up snagging another leftover piece of almond pound cake. The.stuff.is.just.so.darn.good. 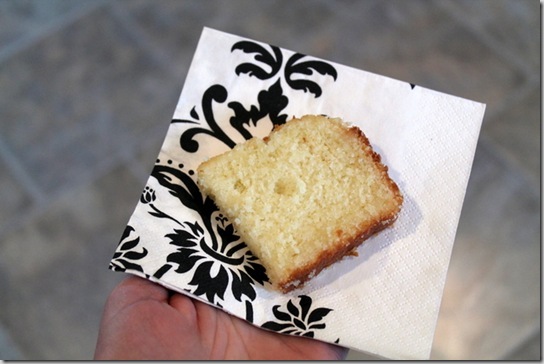 I finally ate that Luna bar from this morning. 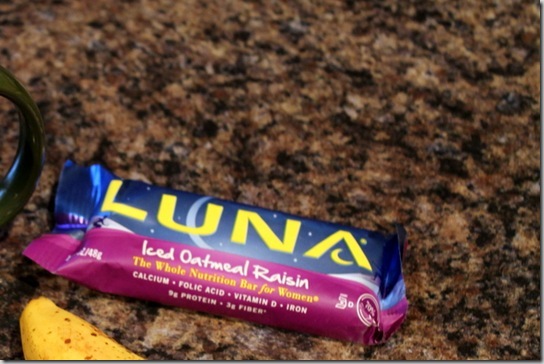 By the time I got home from work, I was feeling a bit hungry but my stomach still felt a little yucky. Seriously, stomach aches can just go take a hike! 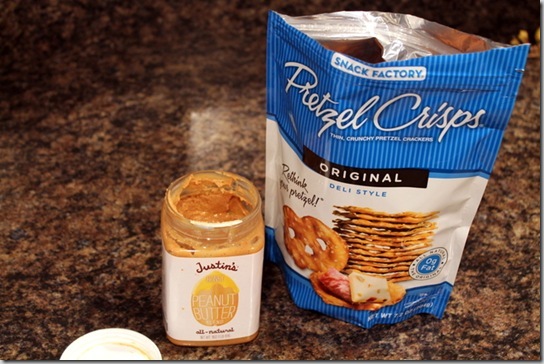 I snacked on about a dozen pretzel crisps with peanut butter which tasted fantastic. I also had the last figgy bar out of my NatureBox bag. 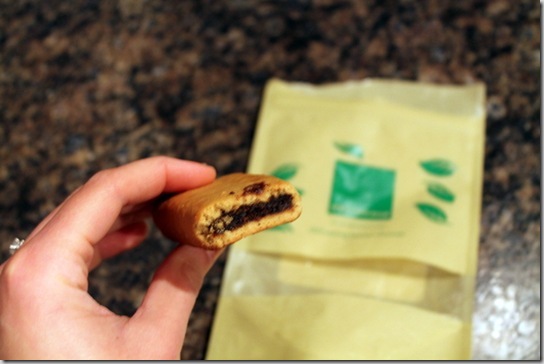 As you can see, yesterday was not the greatest day in terms of veggies and/or getting all of nutrients in (all I wanted was CARBS). But I did do my best to make somewhat healthy choices and space them out throughout the day, rather than just choose junk and/or not eat anything. The snacks helped keep my energy level up and prevented me from overdoing it at 9:00 last night.

Now hopefully I’ll be feeling back to my old self today!

How often do you eat throughout the day? Do you snack in between meals or are you a “three square meals a day” type of person?