Happy Wednesday! Halfway through the week…gotta love it!

After taking a couple of weeks off, I’m back on the WIAW bandwagon. I’m highlighting all of Tuesday’s eats, as usual, and although my snacks from yesterday may not have been “sensible” depending on who you ask, they were all tasty nonetheless.

Lately, I’m all about convenience and having whatever I’m craving. Thankfully, my cravings seem to be fairly balanced (although I would still eat soft serve with rainbow sprinkles daily, if I could) so I’m just enjoying a little bit of everything and worrying about nothing.

A piece of leftover sausage and egg casserole from Father’s Day brunch. The stuff is still just as good as it was the first day. 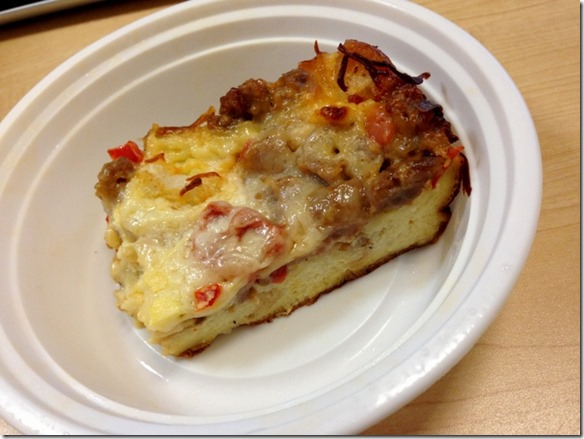 First I had a small banana (not pictured, obviously) but still needed something else so I grabbed a Clif Z Bar that was hanging out in my desk. Gotta love these things! 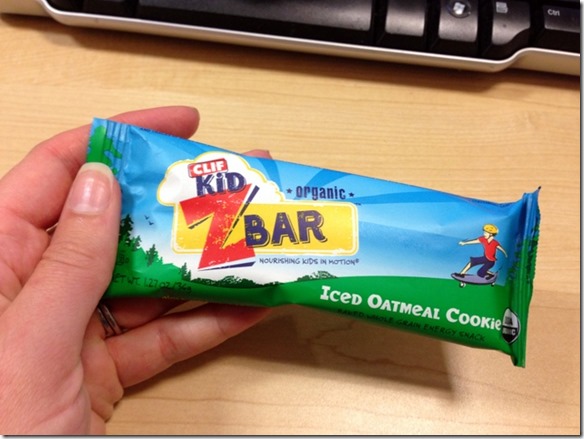 I so much enjoyed the lunch that I had on Monday that I decided to make a repeat of it again yesterday. 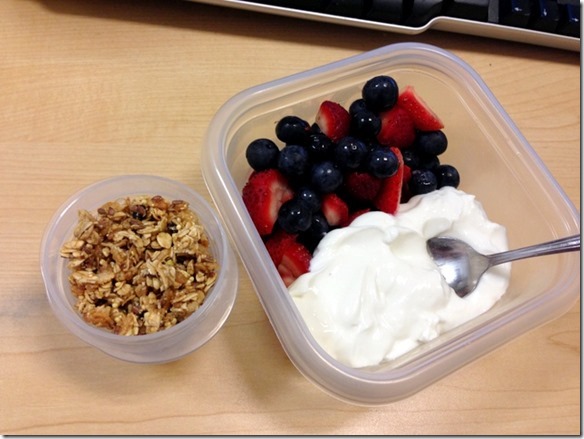 Only difference was that there was no crackers (finished them Monday) and no hummus, because I forgot it in the fridge before leaving work for a doctor’s appointment. 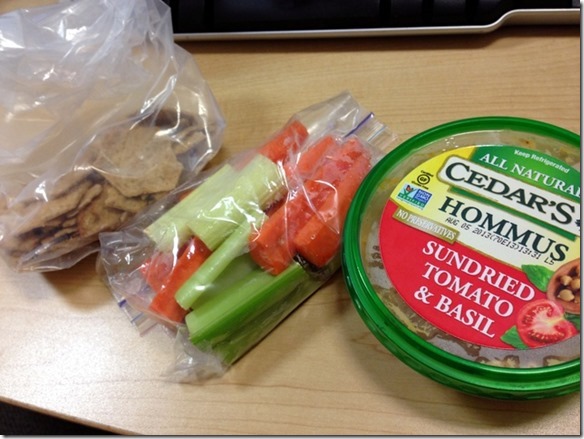 On the way home from my appointment I found myself eyeballing a Dunkin Donuts and absolutely craaaaaaving a strawberry lemonade Coolatta. So I justified it (who am I kidding, I would have gotten one anyways) by saying I was treating myself for having had to get a shot at the doc. 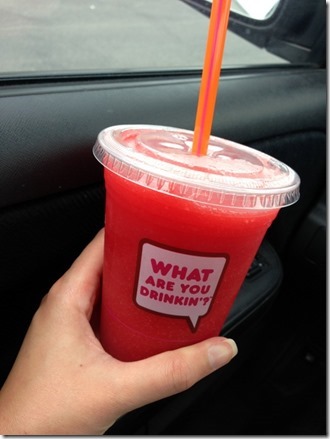 Seems like a reasonable excuse, right? Gosh, I love those things…sugar bomb or not. ;)

Shortly after I got home, I ended up snacking on a few bites of leftover potato salad. 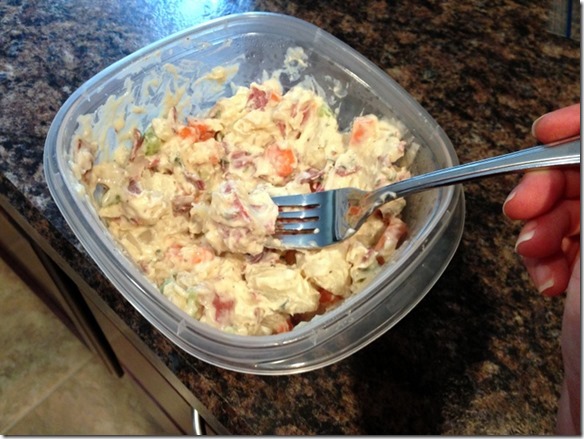 I knew Jay wasn’t going to be home for a couple of hours and I wanted to try to wait for him, so I had this to sort of tide me over. It did the trick.

Unfortunately, I don’t think Jay got the message yesterday. ;)

He actually had to work late, so by the time he got home and we chatted for a bit, it was approaching 7:30 and both of us just decided to throw something together for ourselves. Pasta for him…turkey sandwich + chips and salsa for me. 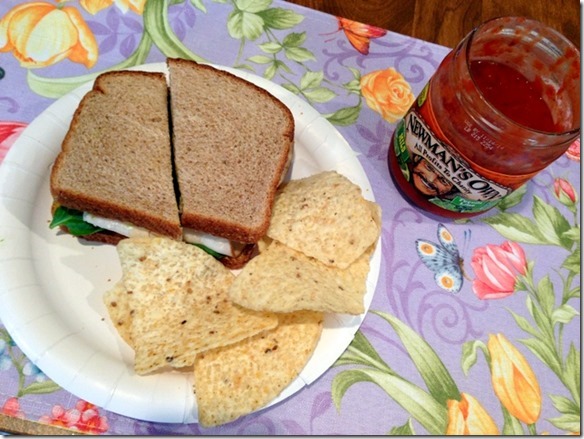 My turkey sammy was awwwwwwesome…turkey, provolone, spinach, tomato, avocado, mustard, and a little bit of light mayo on whole wheat bread. Couldn’t have asked for anything better… 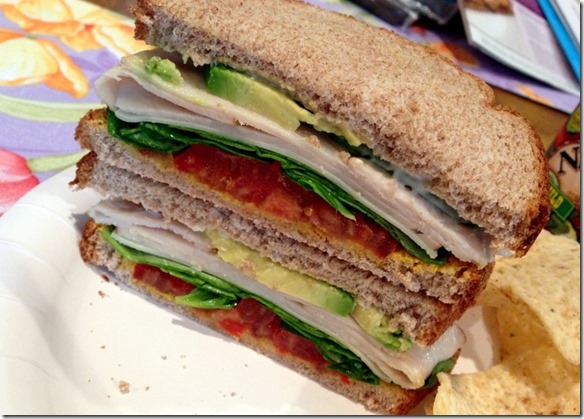 Okay, I think that’s pushing it. But it was still quite delicious.

A little while later, while Jay and I were catching up on Monday night’s episode of The Voice (**we still haven’t watched last night’s episode…don’t tell me who won!!!) we each snacked on a couple of strawberry frozen fruit bars. 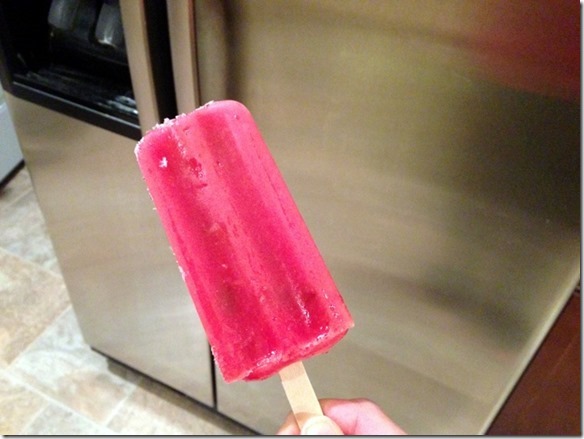 I’m tellin’ you…I looooove these things lately! I also had a little piece of dark chocolate too because, well, I wanted it.