I know some people enjoy these posts, and some people don’t, which is totally cool. But every once in a while, I think it’s fun to hop on the WIAW bandwagon and share what I’ve been eating. Besides…I’m always nosey like that and enjoy seeing what others are eating, too. It’s fun to get some new ideas, right?!

Today’s post is a recap of Monday’s eats. It includes everything, minus leftover bites of Lucas’s dinner (which happens almost daily), and a few handfuls of granola in the morning before heading off to work. Other than that, here’s a look at what I ate…Monday. 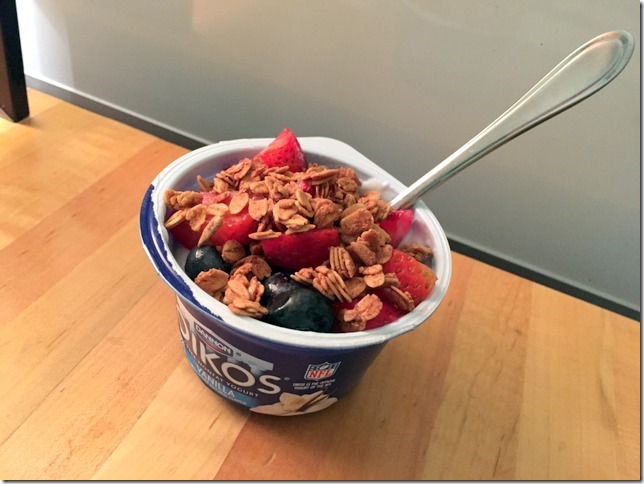 It’s an oldy and a goody, but it doesn’t always do much for my hunger, so I’m usually ready for a snack a couple of hours later. Speaking of snacks…

A cranberry almond dark chocolate goodnessknows bar…and I will tell you that these have absolutely become my new favorite snack bar. 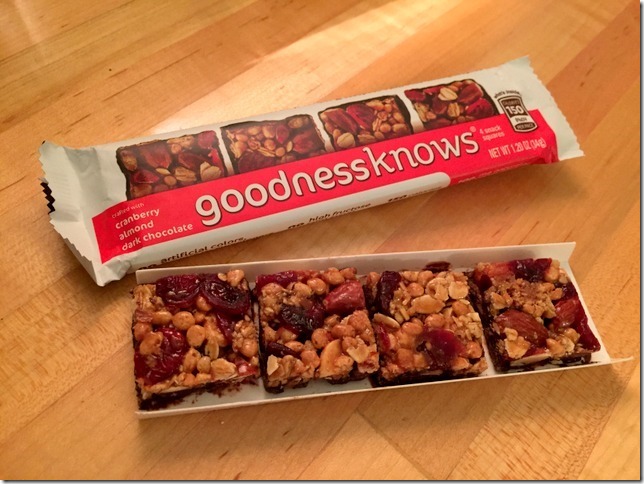 I’ve been in touch with the brand for a while now, and they’re super excited about their launch into new stores (they were originally only available at Costco) and availability nationwide. And good news…if they’re not yet available near you (they’re rolling out within the next couple months), you can still buy online if you want to get your hands on ‘em right now.

The bars come in three flavors: 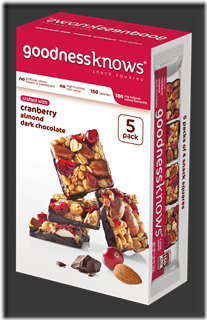 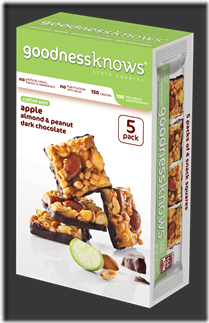 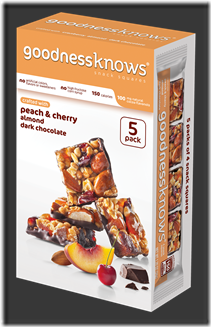 And while they’re all equally delicious in their own way (I’ve tried them all…numerous times!), my favorite is definitely the cranberry. 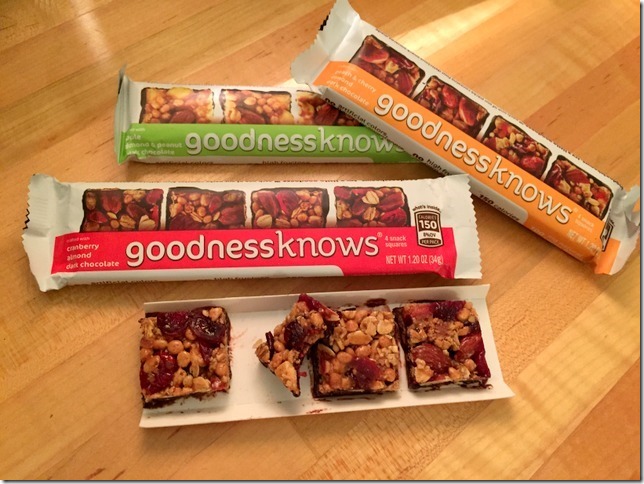 I’ve been eating them for a morning or afternoon snack at least 3x a week for the last month or two, and they’re totally delish! 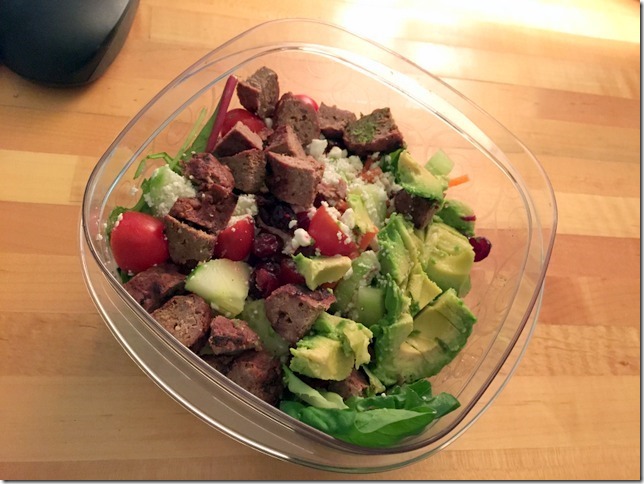 I can’t tell you how much I’ve been loving my salads lately…I’d really missed them the past few weeks!

A couple small handfuls of almond nut-thins with a couple not-so-small scoops of peanut butter. 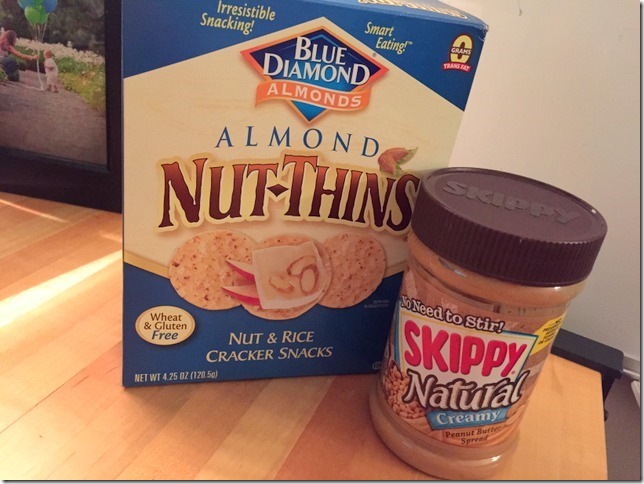 It’s almost time to restock both in the desk drawer!

Jay had to run a couple of errands after work so he didn’t wind up getting home until a little later. By that time, I had already fed Lucas and we were in the midst of playing, and I never took the time to pick something out for dinner (fail on my part…ahh well). I started rambling off a couple of ideas we could whip up quickly, and as soon as I said BLAT’s with sweet potato fries, it was a done deal for both of us.

Sometimes, nothing beats a classic BLAT, am I right?

Jay and I both had a drink with dinner (beer for him, wine for me), and I went ahead and poured myself a second glass to enjoy while we sat back on the couch and watched some more Bachelor in Paradise (recycled photo, obviously, since we now have painted walls!). 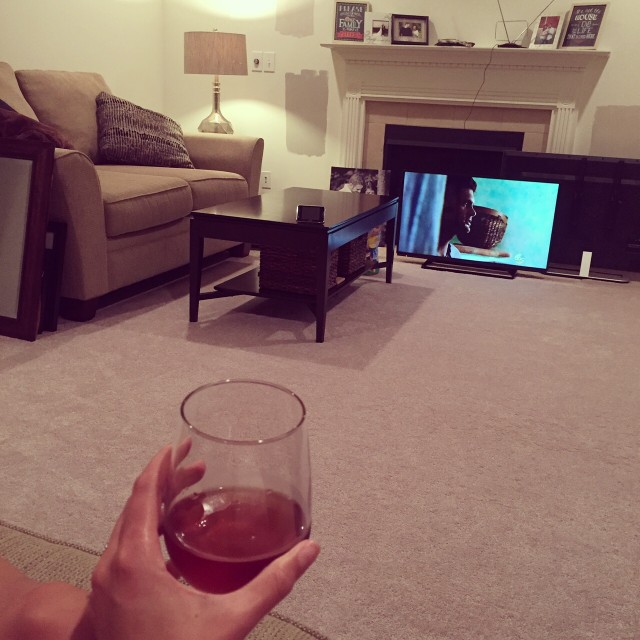 And along with my second glass of wine, I also snacked on 3 chocolate chip cookies from our neighbor. Which made me realize…I seriously need to make a batch of cookies, like, ASAP. Any requests??

So there you have it…another WIAW in the books!

Thanks, as always, for hosting, Jenn!

How about you guys? What foods have you been loving lately? Anyone jumped on the all-things-fall bandwagon yet (i.e., pumpkin everything)?! I’m still holding off for now…but that Octoberfest has been staring me down at the store……