As I just sit down to type up this post on Tuesday evening, I can’t help but smile when thinking about just putting Lucas to bed. I’m pretty sure I’ve already told you guys by now that my son is just not much of a cuddler. Since he was itty bitty, he’s just always been too interested and involved in his surroundings to care much about cuddling with his sweet mama. I’ve come to accept it, and tend to just soak up whatever random, tender moments I can get.

Well, tonight as I was putting him to bed and rocking with him singing our “Twinkle, Twinkle, Little Star,” he laid his head right on my shoulder, wrapped his arms right around me, and gave me the biggest, sweetest squeeze of a hug I think I’ve ever gotten from him. Mamas out there who get this on the regular? You are lucky gals. My heart just about melted into a puddle, and then I proceeded to play around with him too much to where we had quite the giggle fest happening…thus making him want no part of bed time. Oops.

So now, here I am, about 20 minutes later than I had planned (as I hear him banging his feet all around his crib right next door) with a big ol’ smile on my face. That boy sure does know the way to my heart. <3

But now, as for the rest of the post, I figured I’d jump in on the WIAW bandwagon again this week (but with my actual meals, not ones I wished I had). Thanks, as always, to Jenn for hosting! Now, a look at some of Monday’s eats…

A leftover blueberry streusel muffin (I made another batch for Easter and kept a few extras at home) + a vanilla Greek yogurt.

Didn’t even think to snap a photo of any of it, so I’ll just share the pic of all the muffins from last week in all of their glory and deliciousness. They seriously are the BEST.

Banana with peanut butter. No surprise there! 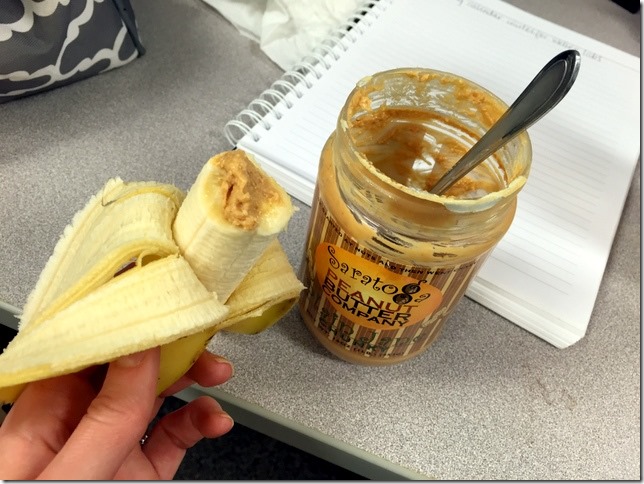 I’ve had it pretty easy this week with putting together some random leftovers together for lunches. This particular lunch was a mix of some leftover white chicken chili (which is really just like pulled chicken with beans and corn in it) plus some leftover roasted veggies. 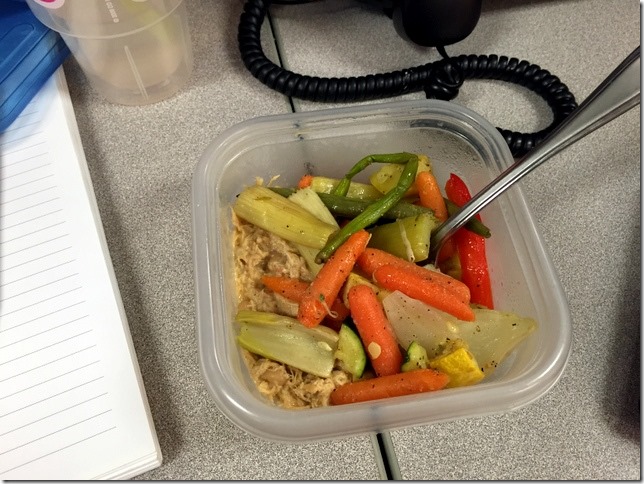 Not long after that lunch, I had that Target trip and snacked on about 800 handfuls of kettle corn in the car… 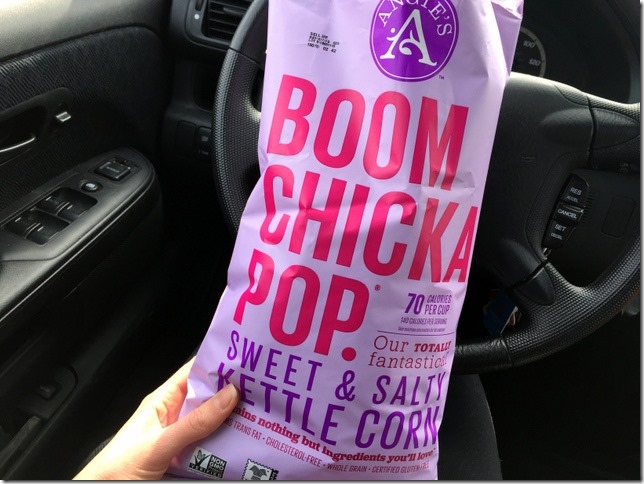 Then a little before it was time to leave work for the day, I snacked on a handful of trail mix. 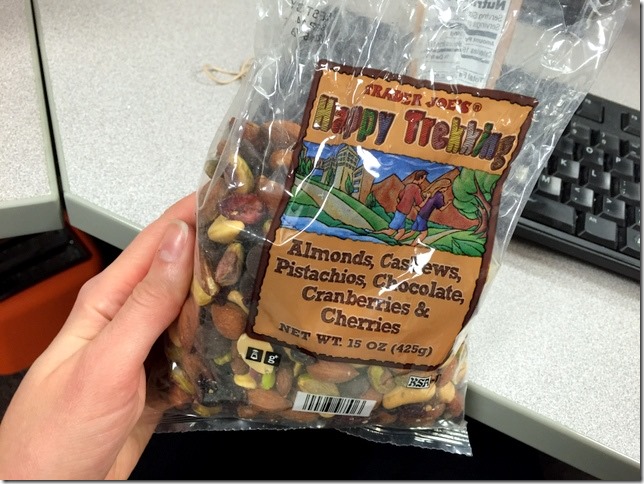 Then once Lucas and I got home and I was going through his lunchbox, I noticed he had a little more than half of an iced oatmeal raisin Clif Z Bar (<—one of my favorites, EVER) left in his bag. It had been in there for 2 days and he hadn’t been interested in it…so it became mine. 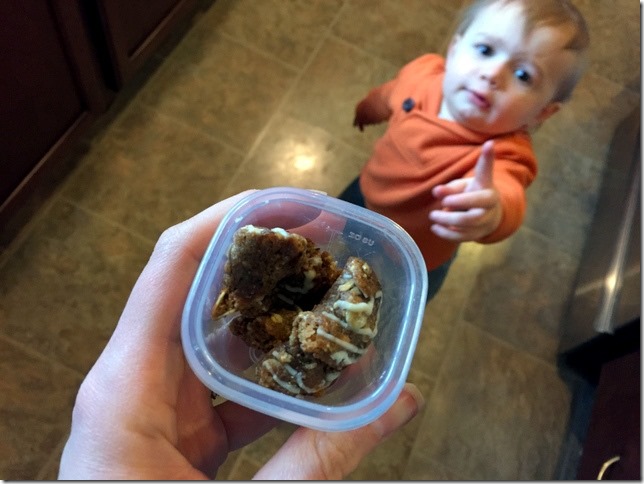 And don’t let that picture fool you…he wasn’t asking for it. I verified that at least three times.

Dinner was good, but nothing great. I made a batch of this Italian Pizza Bake with some green beans and carrots, which I knew I’d made a few years ago (seriously?!), but it wasn’t as good as I remembered. 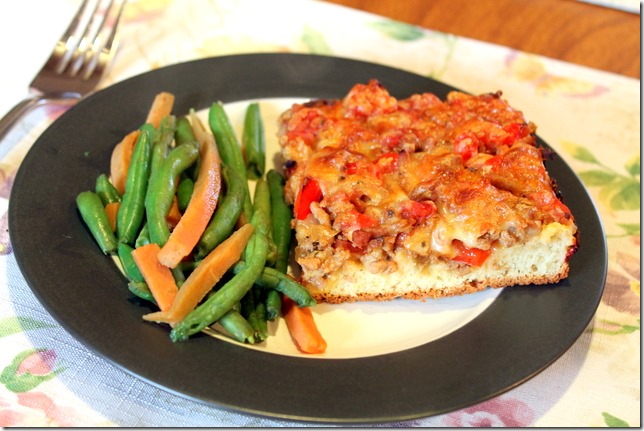 I made the recipe almost as-is, but subbed seasoned ground turkey for the chicken, and I actually doubled the recipe. The flavor of the topping part was great, but the bottom tasted a little dry. Other than that, it was good though!

I should also add that dinner included two glasses of wine because, you know, having just one isn’t always easy.

I’m wrapping up this post before I go snag some dessert, but I can almost guarantee that it’s going to include some of the massive amounts of Easter chocolate/candy we have floating around the house. I think some Butterfinger eggs may be calling my name.

Unfortunately though, it sounds like I also have a tiny human calling my name, too. Oh boy…

« 10 Things I’m Horrible At
A Grey and Tan Obsession »