You see, today’s post actually includes meals from three different days: last Friday, yesterday, and this morning. Is that cheating? Maybe. But hey, I’m gonna do it anyway.

Besides, I actually have some interesting insights as to what may be causing my latest asthma attacks, which you’ll see below. So let’s go ahead and get this party started! 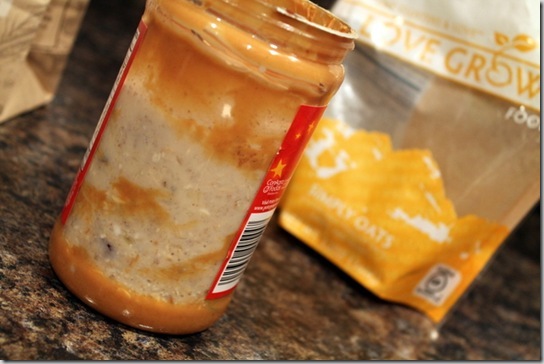 I’m so glad that I’ve trained him to not only save the jars, but also to not lick the thing clean so I at least have a reason for using the jar. Yeah, we’ve got a pretty good system going over here.

Breakfast also included some of my absolute favorite coffee in the world: The Fresh Market’s Caramel Macchiato flavor. 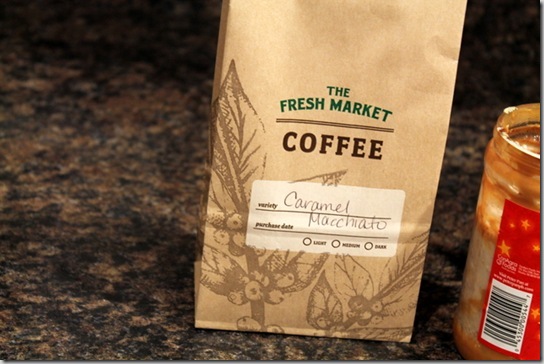 I ended up stopping by the The Fresh Market last night and picked up just a small amount for the next couple of days. Would you believe it’s been over a year since I’ve last had this flavor? (<—fun post alert, totally forgot about that one!) Wayyyy too long of a wait though, if you ask me. 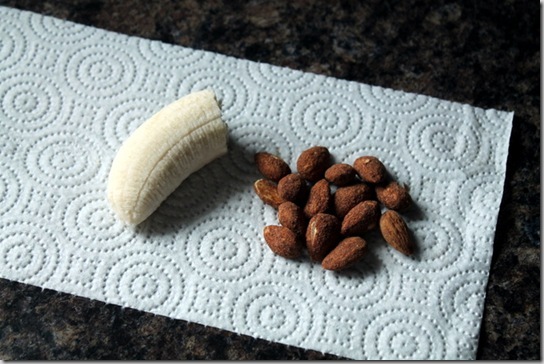 I actually snacked on these bad boys right after I finished up yesterday’s treadmill workout and they totally hit the spot.

Again, yesterday. I had a huge hankering for some sweet tuna salad yesterday afternoon, so I was quite happy when I realized that I had everything on hand to make it. 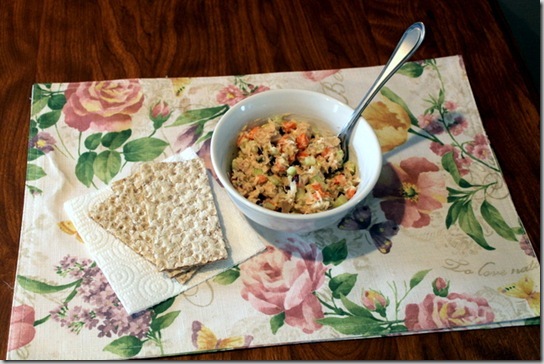 It turned out to be one of the best batches yet, and was super voluminous thanks to a bunch of chopped up veggies mixed in. More food = happy Courtney. 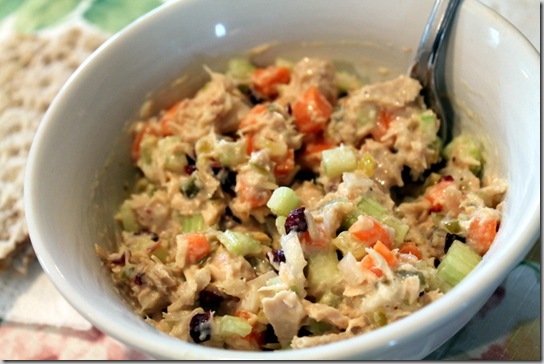 I used a few Wasa crackers for dipping, which were good, but I think I still like it best with some Kashi crackers or Wheat Thins. 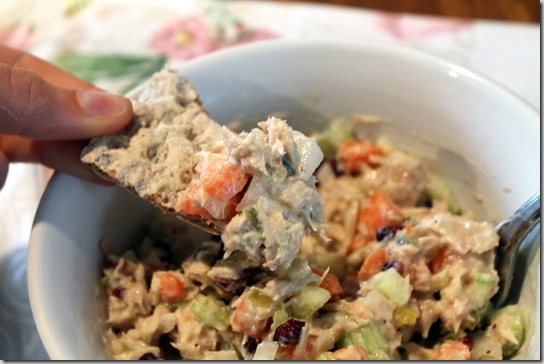 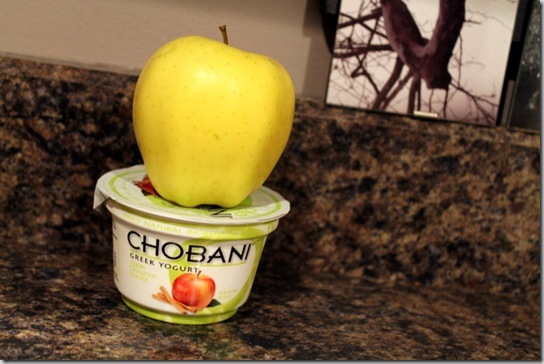 An apple a day…

My actual dinner yesterday was sort of lame, so I thought it’d be more fun to show you guys the dinner that Jay and I enjoyed last Friday; you know, the one that I never got a chance to share. 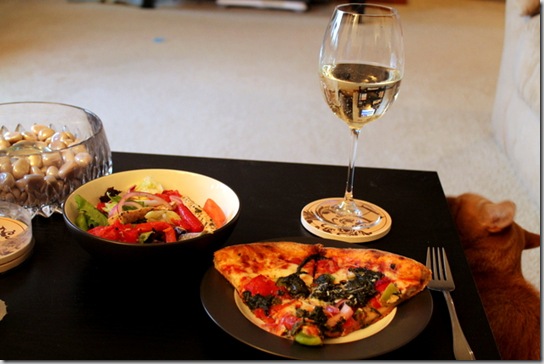 We ordered from our favorite local pizza spot which I was able to swing by and pick up on my way home from work. We shared an Italian Herb Chicken Antipasto, which was delicious. Whatever dressing they use is super simple, but it tastes fantastic. 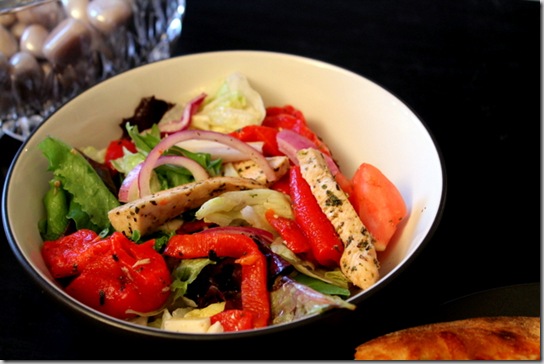 I was also in charge of ordering, so I went with their Low Cholesterol Pizza, made on homemade whole wheat crust, extra sauce, roasted red peppers, green bell peppers, red onions, and spinach. 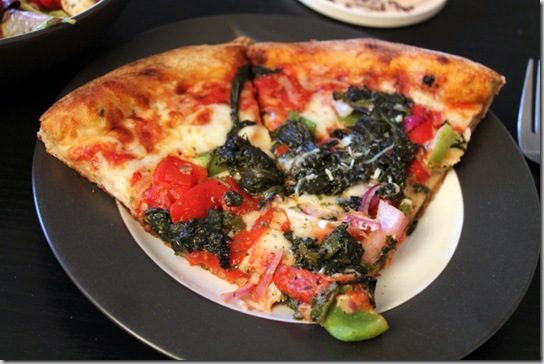 One of the best pizzas we’ve EVER ordered from there. No joke. I went back for a third slice, too…definitely no joke.

Along with dinner we also enjoyed a glass of wine, which ended up bringing about quite an interesting turn of events… 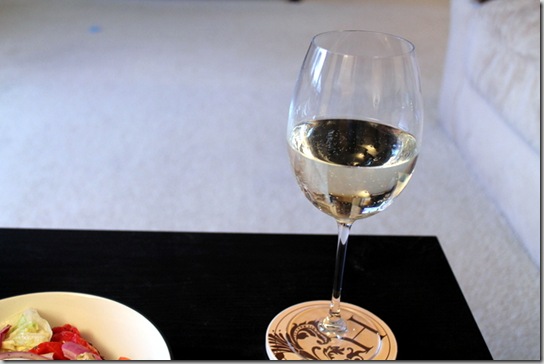 About three quarters of the way through my glass, I could feel my chest starting to tighten up REAL fast. I’ve had a few things floating around in the back of my mind as to what has been causing some of my recent asthma attacks, and I think I’ve finally narrowed it down…

The sulfites in some beers and wine could be the culprit.

The idea was first implanted in my head after a reader left a comment (I can’t remember where) saying that fruity beers tend to have that effect on people because of the added sulfites. That alone started making sense because anytime I leave from Brown’s after enjoying their cherry raspberry ale, I almost always feel tight chested, but I just attributed it to a crowded and stuffy restaurant.

But then, it happened the last two times that I drank blueberry beer too, so I started doing a little searching around, and it turns out this is quite common…

“Yes, alcohol can cause asthma to worsen…

Another possible reason your asthma might worsen after drinking is a sensitivity to sulfites, preservatives used mostly in wines and beers that can increase symptoms in people with asthma. (Sulfites are usually innocuous for people without asthma.)

Finally, wine and beer (the fermented drinks) are complex mixtures of natural chemicals, some of which resemble histamine, the chemical our bodies make during allergic reactions. These histamine-like chemicals are thought to cause the alcohol-induced nasal stuffiness that bothers so many people. People with asthma may react to these chemicals with increased asthma symptoms.”

Seeing as though I’m already allergic to pretty much everything, this totally makes sense, but I don’t know why I never realized it sooner? It doesn’t happen with every beer I drink, or every glass of wine that I have either, so I’m assuming the amount of sulfites will vary from beverage to beverage.

I can actually remember being told a long time ago that wines that are typically mass produced (i.e., Yellow Tail, Barefoot, etc.) have a higher amount of sulfites, which can also lead to more severe hangovers and headaches when consumed.

The type of wine we had Friday night? Barefoot. ‘Nuff said.

So, I guess I have a little bit of work on my hands, to try and figure out which ones I can have and which ones I should stay away from, but I will say that it’s nice to know what has potentially been causing most of my asthma attacks lately!

Do you have any allergies (food or environmental)? How severe and how do you deal?