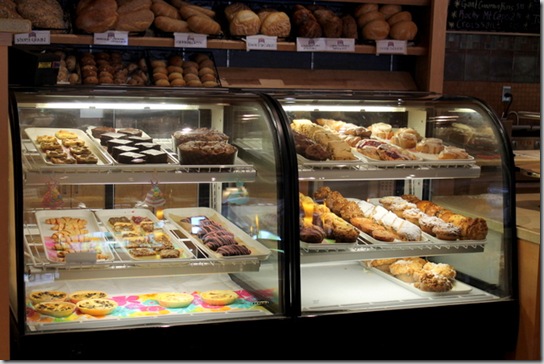 So you may have caught my little blurb this morning about going to meet with a pastry chef in town. Well this morning after finishing up at work, I did just that over at Bountiful Bread in Stuyvesant Plaza.

I was invited to come in today to meet with the new pastry chef and hear a little bit about some new things that they have to offer. Unfortunately, I don’t get a chance to visit Bountiful Bread all that often since it’s not in a location that I typically pass on a daily basis, but I have mentioned it here on the ‘ol blog before (<—old school post!). 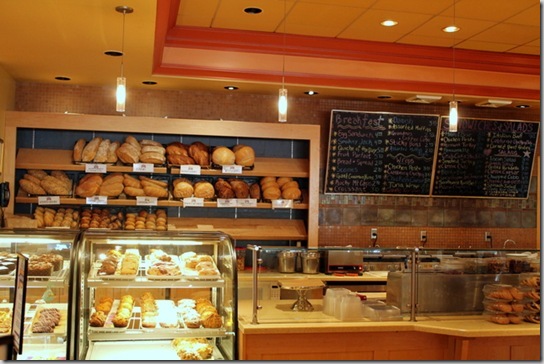 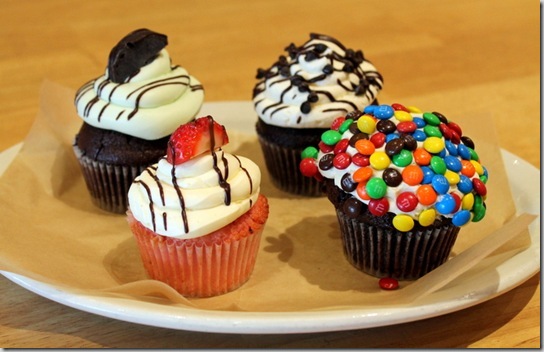 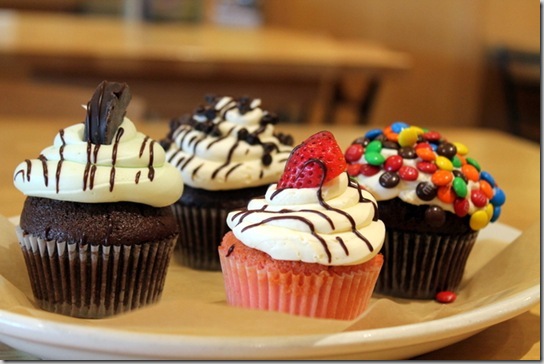 But now, thanks to a new pastry chef, they’re looking to expand their repertoire a bit farther…with cakes. 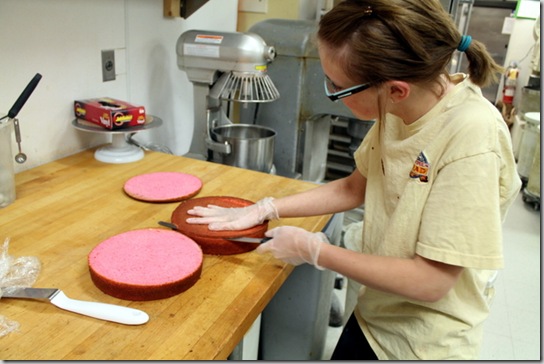 After already working as a counter employee, Kristin Pallis was named the head pastry chef in March and has been hard at work ever since. Kristin graduated from the Johnson & Wales University’s Bakery & Pastry Arts program, and apparently has already brought quite a bit to the table for Bountiful Bread.

I had some time to sit down with Kristin earlier today and also get a little “behind the scenes” sneak peek on what goes down back in the kitchen. 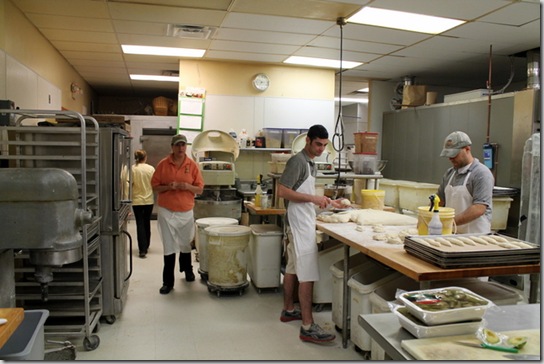 Kristin was super sweet, and I was shocked to find out that this talented gal is young – not even old enough to come out for an adult beverage with me yet! She chatted easily with me as she continued to work on frosting a delicious strawberry cake with vanilla buttercream.

And yes, that is a full tub of buttercream frosting right there. YUM. 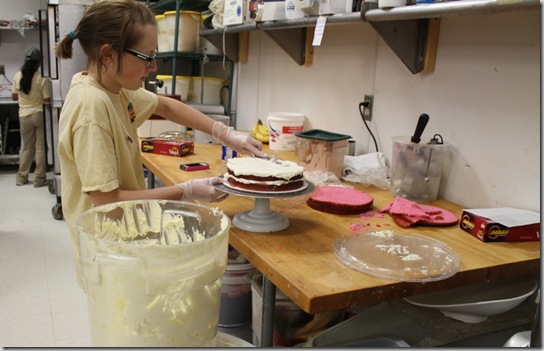 Oh, and the reason I know the cake was delicious was because she let me snag a piece of the crispy edges that she had to cut off. 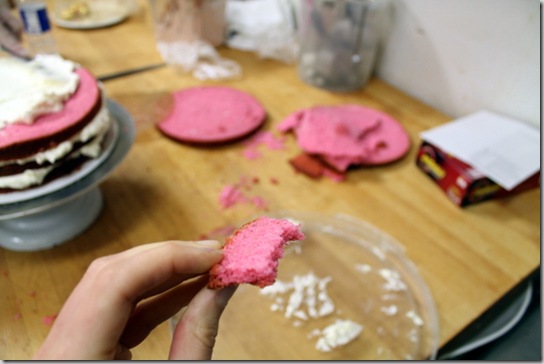 Seriously the best part of the cake, if ya ask me.

Kristin has to work some crazy early hours (think, 3:00am start time…oof) but those early hours ensure that she is delivering fresh, high-quality goods for the customers. 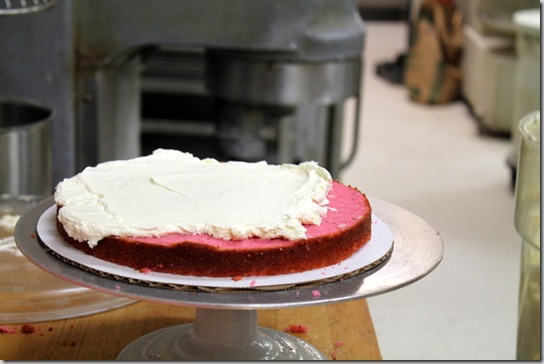 That’s one thing that I really admire about Bountiful Bread, who is also owned by White Management Company, the same as Creo Restaurant, which you may remember me visiting back in February. All of Bountiful Bread’s baked goods are made from scratch, using no preservatives and all-natural ingredients. In addition to that, they also pride themselves on wasting very little product and maintaining a very green, eco-friendly business.

Would you believe that their delivery trucks have been converted to run on recycled vegetable oil that comes from their other sister restaurants? I mean, how cool is that?

So since Kristin has come on board as pastry chef, Bountiful has seen the popularity of its cakes rise, which has basically all been by word of mouth up until this point. The manager, Josh Olcott, told me that it’s been something they’ve wanted to do for a while now, but they just never had the pastry chef to do it.

Now, with a “Triple Chocolate Cake” as their #1 seller and a Red Velvet number coming in at a close second, things are going really well. Josh told me that if they continue down that road, it’s very possible that us locals may end up seeing a “Bountiful Cakes” popping up in the future! 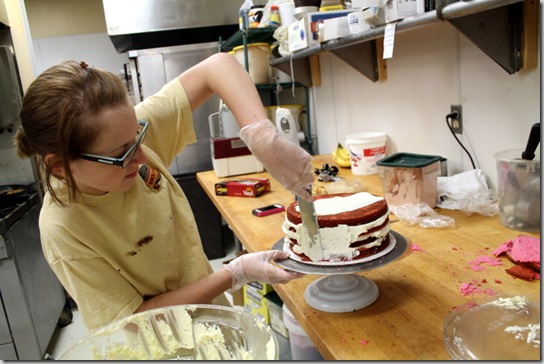 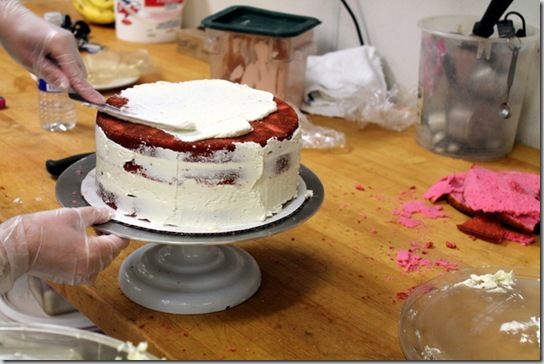 If you were to walk into Bountiful Bread on any typical day, you’d be most likely to see two to four different varieties of cakes available by the slice. There’s also the option to buy them whole, but that’s only if you make it in time before it gets cut into.

If you’re looking to order a cake, they offer anything from a small, two-serving cake, up to a full size sheet cake. (<—perfect for all those upcoming graduations!) In addition to her staple flavors, Kristin said she likes to experiment with different flavors to match what’s fresh or in season, and she’s also very open to customer suggestions and is willing to try just about anything.

Just recently, she said she made a Coconut Rum Cake that was quite popular, and today, I had the pleasure of trying out her latest creation that’s new for spring and summer: Orange Creamsicle. 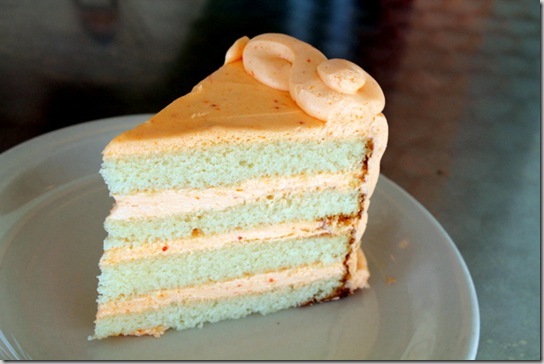 A vanilla cake topped with orange buttercream frosting, which actually totally reminded me of my Orange Cream Soda Pop Cupcakes…only her cake was WAY better. 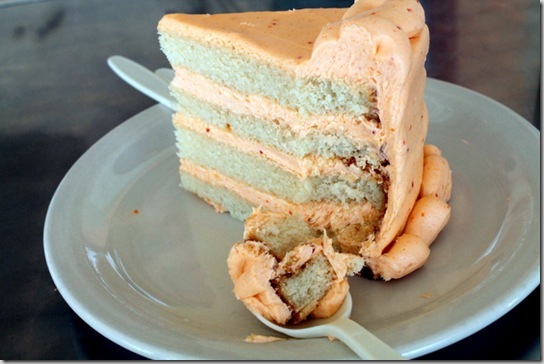 Now, for my local readers, I’ve got quite a treat for you all today…

Bountiful Bread is offering STSL readers 10% OFF on any sweets from now through the end of May. Just mention that you read this blog post and you’ll be all squared away.

But in addition to that…

Bountiful Bread has offered to give away a “Cake For 2” in your choice of flavors, to THREE lucky (and local) STSL readers!

To enter, simply leave a comment on this post saying what your ideal cake flavor creation would be – I’ll choose the (3) winners tomorrow, May 18th. Good Luck!