Sundays are good for so many things.

For example, breaking out the waffle maker… 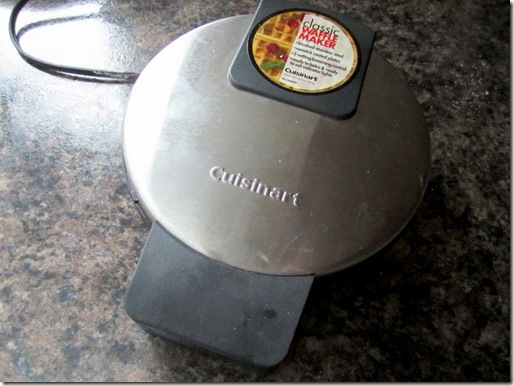 And making a decadent batch of waffles! 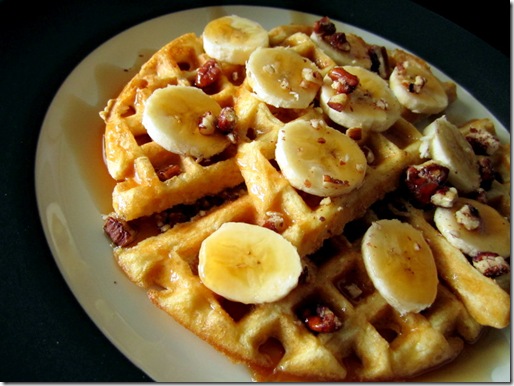 I used a pancake/waffle mix that we’ve had in the cabinet for a while now to make the waffles. They were really simple – only needed to add water, egg, and a tbsp of oil.

But what made these waffles extra special were my toppings: sliced banana, chopped pecans, and a drizzle of light maple syrup. It was my attempt to recreate the similar combo that rocked my socks back in Las Vegas this past August. Not quite as good, but definitely delish! 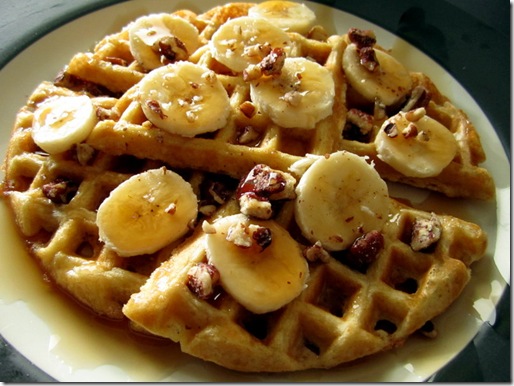 Jay opted out of today’s toppings…he clearly didn’t know what he was missing. 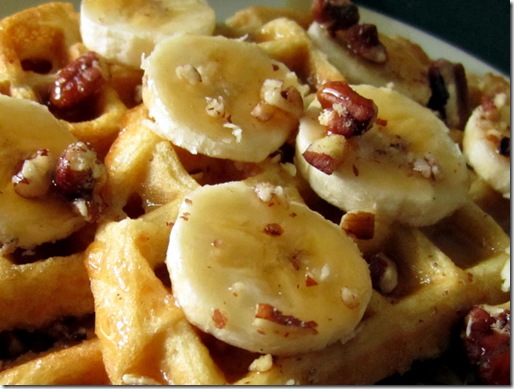 I enjoyed my waffles with some coffee, of course. 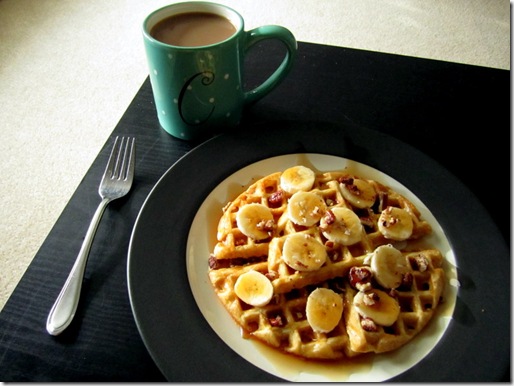 *And for those of you who have asked, my mug is actually from Kirkland’s, which Jay got for me for Christmas. I love Kirkland’s!!

After letting our waffles digest, Jay and I also took advantage of our free time on this Sunday to get our groove on… 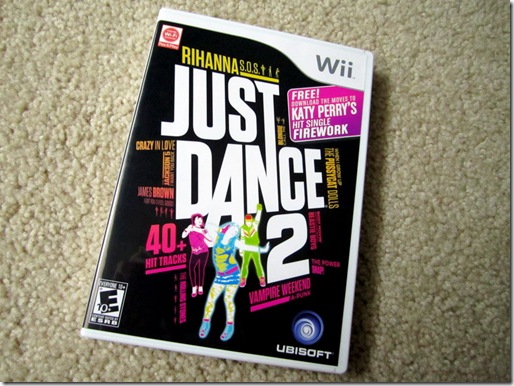 We had such a fun time dancing our faces off last weekend that we just had to go buy it. We battled out probably half a dozen songs this morning, and let me tell you…it really works up a sweat! Not to mention the fact that it’s great for providing some laughs.

So since I was already sweaty after dancing, I figured I’d keep the sweat going, and did the Jillian Michael’s 6 Week Six-Pack Abs workout. I’m still sticking with my plan on doing this workout 3 times a week for the next six weeks…we’ll see how it goes!

Time to go shower up so Jay and I can head out for the day!

« Looky Looky What I Found
So Many Goodies Today! »