You know that feeling you get when you leave the house and you feel like there’s just something you’re either missing or forgetting?

Well I couldn’t seem to shake that feeling this morning after leaving the house for work. I kept racking my brain trying to figure out what the deal was, but everything seemed to be in check…until I opened up my bag to find that I forgot my breakfast at home.

Luckily, I keep a few things stashed in my desk in case of emergencies so I made do with what I could find…

I had a few packets of instant oatmeal lying around, so I heated up a packet of Quaker Low-Sugar Apples & Cinnamon, which was surprisingly more enjoyable than the last time I remember having the instant variety. 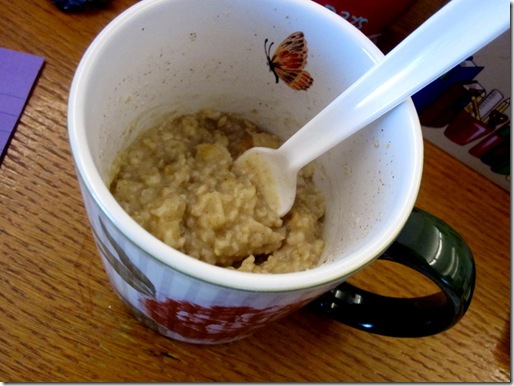 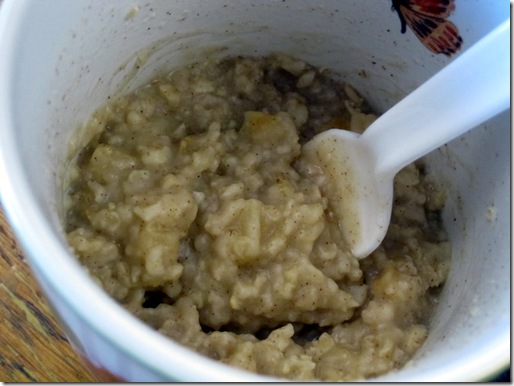 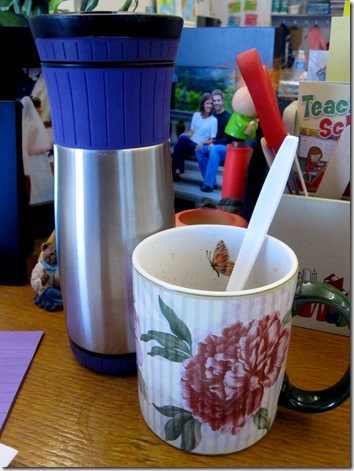 After the oatmeal, I broke into my cereal combo stash that I just-so-conveniently happened to bring in on Tuesday. I snacked on about half the bag throughout the morning. 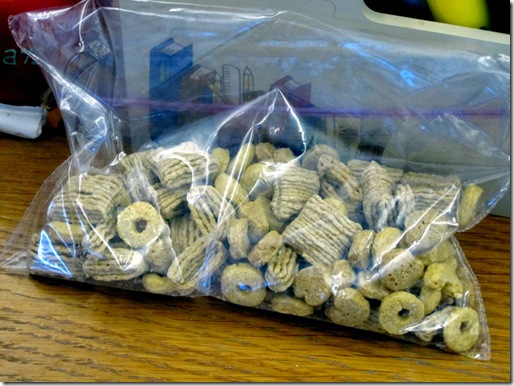 Then finally around mid-morning, I had some cantaloupe that I had packed to go with lunch. 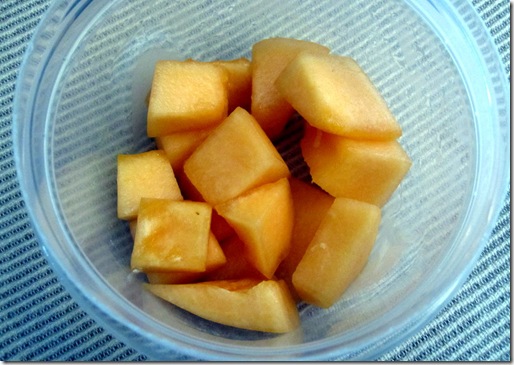 For having completely forgotten my breakfast, I’d say I made out alright!

My leftover sweet potato bowl was so good on Tuesday that I just had to make a repeat for today. 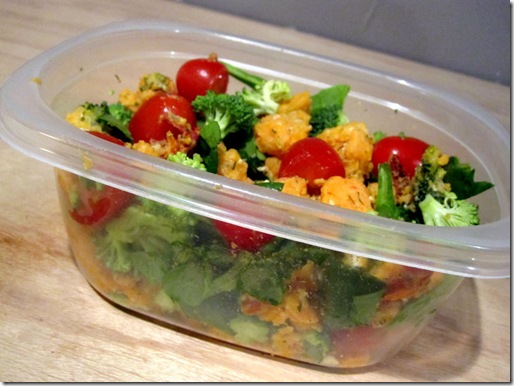 Today’s bowl included everything from Tuesday, sans cauliflower, since I snacked on that yesterday. 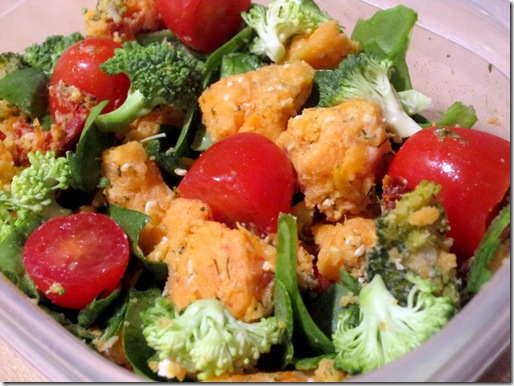 And in place of the Greek yogurt dollop, I decided to add in about 1/3 cup low-fat cottage cheese, which brought this leftover bowl to a whole other level. It was so super creamy, that it made it feel a lot more indulgent than it really was. 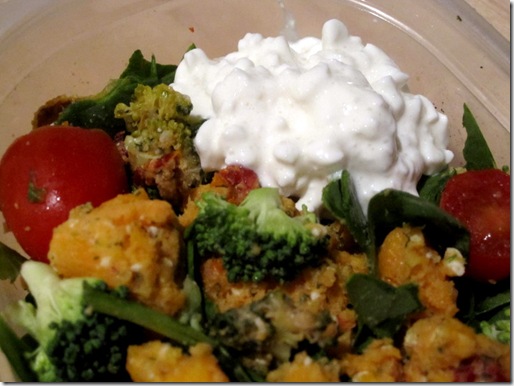 Lunch concluded with some Oatmeal Raisin Chocolate Chunk Cookies which I brought in to share with some of my lunch buddies. I held off with just one…the day is young.

Immediately after lunch, I caught a chill (which happens quite often) so I sipped on a mug of this Indian Spiced Chai Tea while teaching my students about food chains and food webs. 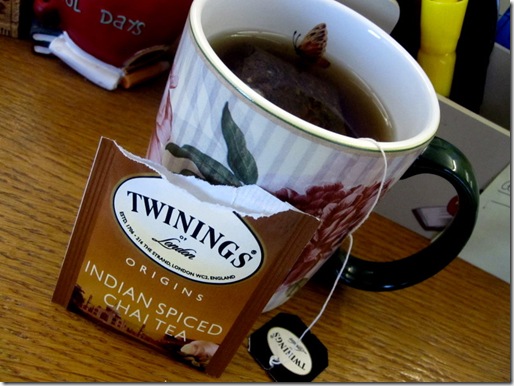 In case you guys didn’t already know, I almost always split what I pack for lunch into two “mini lunches.” I get my regular lunch at 1:00, so that’s when I’ll eat whatever the main item is that I pack. If I’m still hungry, I’ll dig into whatever else I brought, but normally I wait to eat my second mini snack until around 3:00.

This helps fend off the 4pm hunger cravings that almost always used to strike and cause me to ruin my dinner (or just eat way more than I needed!). 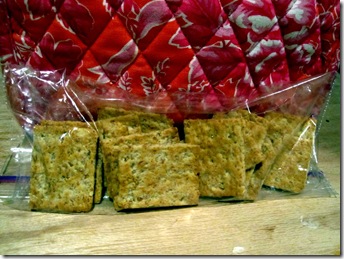 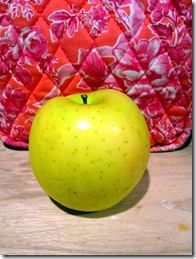 Tonight, Jay and I are meeting up with our friends Sarah and Jeff for some dinner and drinks at Wheatfields Bistro & Wine Bar.

They said that they wanted the chance to celebrate our One Year Anniversary with us, and since they were such a HUGE part of our day (Sarah was my Maid of Honor who gave the most phenomenal speech), and I’m always up for extra celebrating, we made a date!