…where the thought of putting any sort of effort into preparing dinner pretty much makes your head spin?

Yep, last night was totally one of those nights for me…and here’s my evidence. 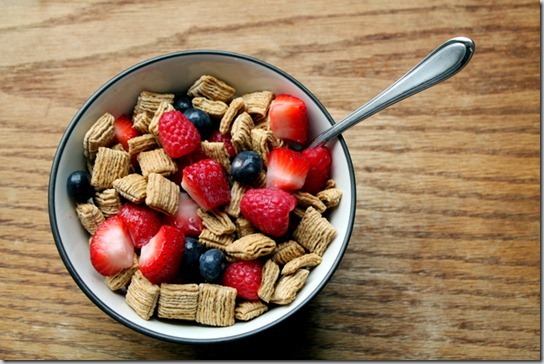 Jay had a softball game so I was on my own for dinner, and after a long and somewhat challenging day, all I really wanted to do was dive head first into the peanut butter jar.

I was impressed with the fact that I even took the time to wash the berries. 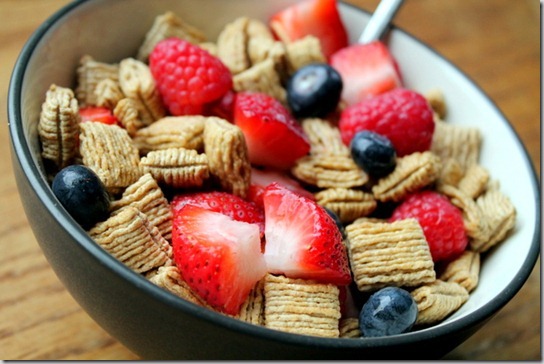 But it was worth it because that cereal bowl was great – Quaker Oatmeal Squares with strawberries, blueberries, raspberries, and unsweetened vanilla almond milk. The bowl was LOADED thanks to so many berries.

A couple hours later, after Jay got home, we both finished off our respective pints of Ben & Jerry’s. It lasted three days…not toooo terrible, right?

Seeing as though the only sort of vegetable to hit my lips yesterday was the measly amount of spinach in my breakfast wrap, I figured it’d be a good idea to try to get ahead of the game this morning. 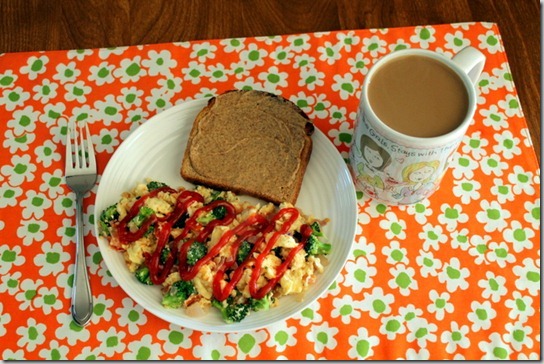 Need to get veggies in to your morning? An egg + veggie scramble is where it’s at.

Today’s batch was made up of 1 egg + 2 egg whites, feta cheese, broccoli, red onion, and tomatoes…oh, and ketchup. Duh. 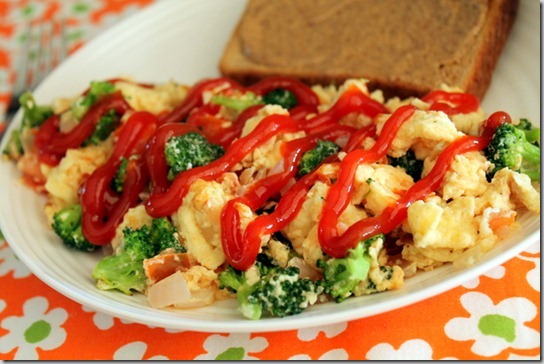 On the side I had a slice of whole wheat toast topped with Justin’s Almond Butter. 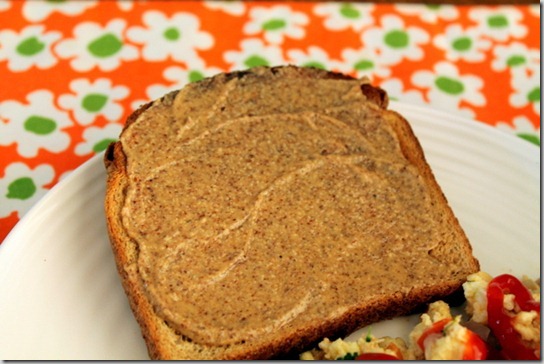 That guy Justin, man. I’ll tell ya…he knows his stuff. I’ve been looking far and wide for some packets of his vanilla almond butter that I’ve seen floating around the blog world, but no such luck over here. Same goes for those candy bars of his.

If anyone knows where I might be able to get my hands on these babies, please help a sister out…I’m desperate!

What’s been your lamest dinner this past week?