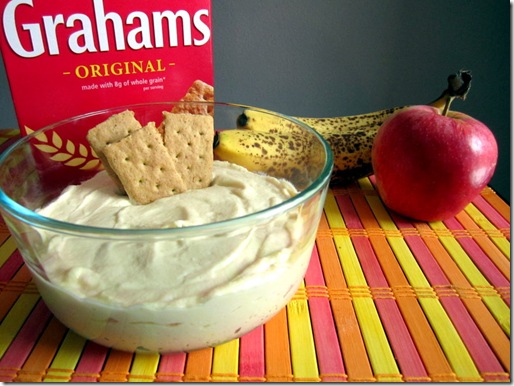 Last night after settling into our new hotel room, the four of us opted for a low-key evening in with some pizza and games. After a long day, filled with a bout of motion sickness, nothing actually sounded better.

I enjoyed two slices of Veggie pizza, which was topped with green peppers, onions, spinach, and tomatoes. It was pretty decent but nothing outrageous. 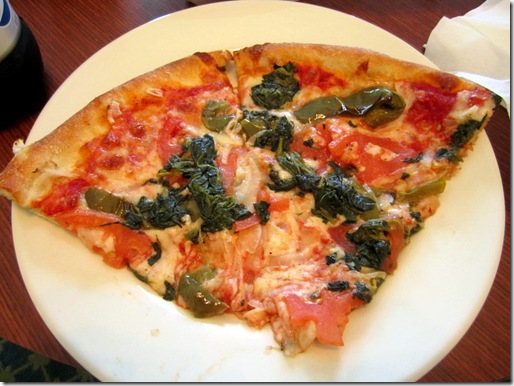 After dinner, we decided to break out the games for a little Phase 10. If you’ve never played Phase 10 before, I’d definitely recommend you picking up a set of cards. It’s a great game to play with anyone…especially when you’re on vacation! 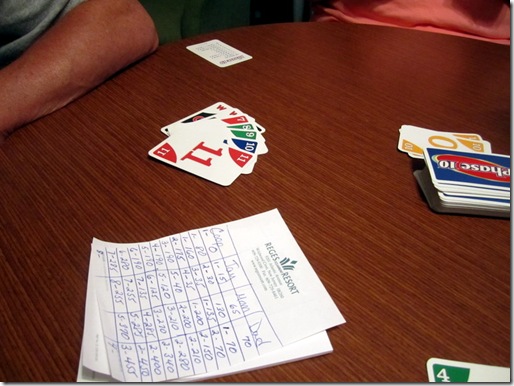 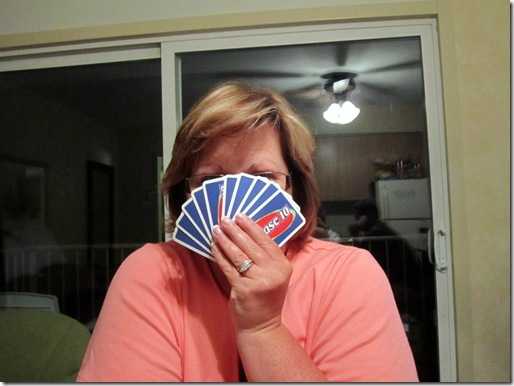 Jay usually despises Phase 10 because he usually gets his bee-hind handed to him. But believe it or not, he actually defied the odds and beat us all…I think he must have cheated. Doesn’t he look suspicious?? 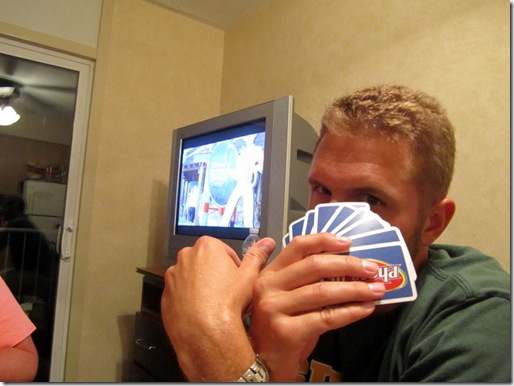 My dad, on the other hand, looks anything BUT suspicious, right? He’s such a ham… 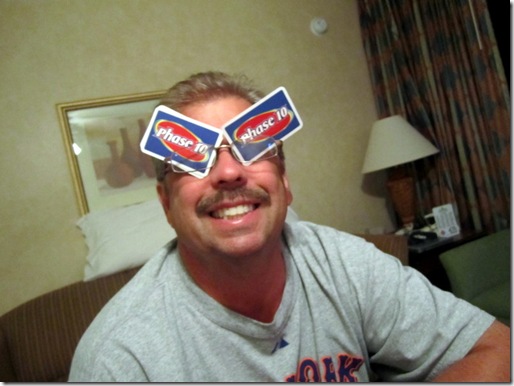 You should really see him deal the cards too…we all agreed he’d get kicked out of Vegas in about 5 seconds. He’s wild. 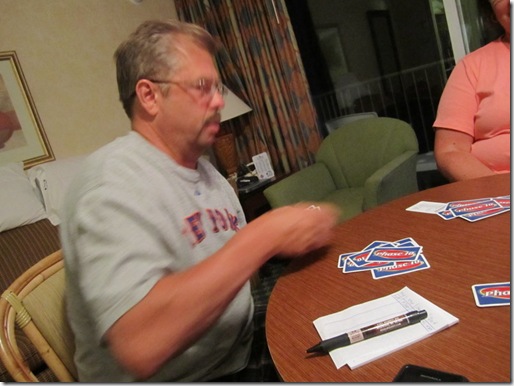 While playing our card game, I ended up snacking on a bunch of fruit dip with pretzels and graham crackers. 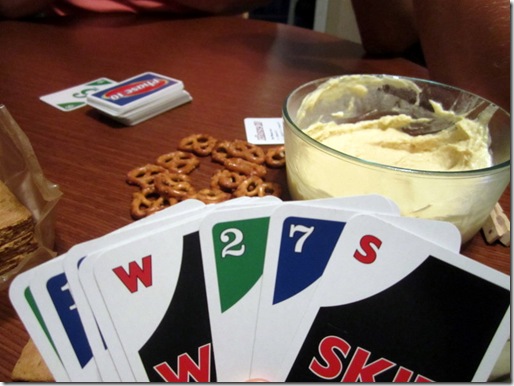 Now…let me tell you about this fruit dip.

It can be paired with just about anything.

It can even be eaten straight off the spoon and I will never judge you for it. 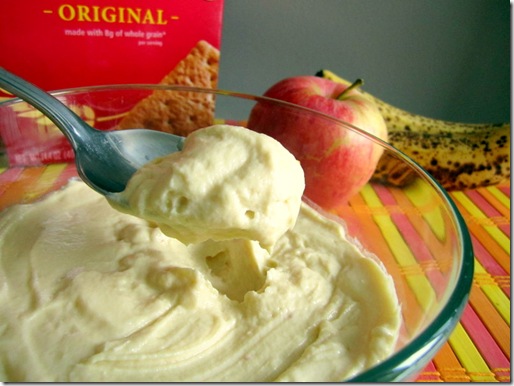 Not only is it a great recipe to bring to your next party…but it’s also not too shabby to have in your fridge. AND it’s healthified…just sayin’.

So the first thing you’re going to do is mix together your cream cheese and brown sugar. 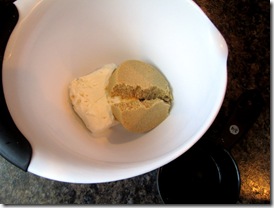 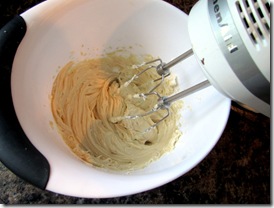 Next, you mix in the Greek yogurt and vanilla extract. 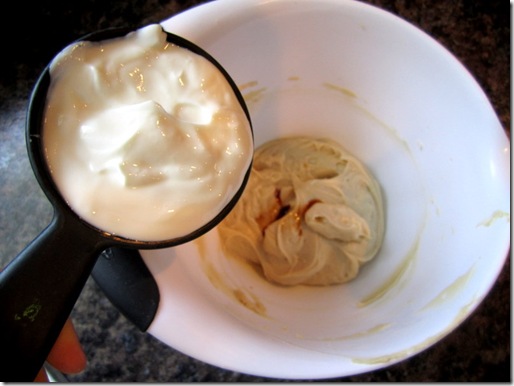 Finally, you add in the milk and vanilla pudding mix, and blend it all together until it’s nice and creamy. 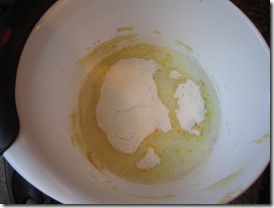 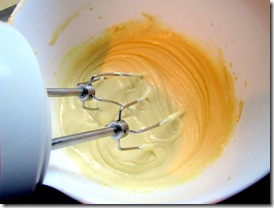 Let it sit for about two hours in the fridge (if you can) before digging in…then enjoy with whatever snacks you’re got on hand. 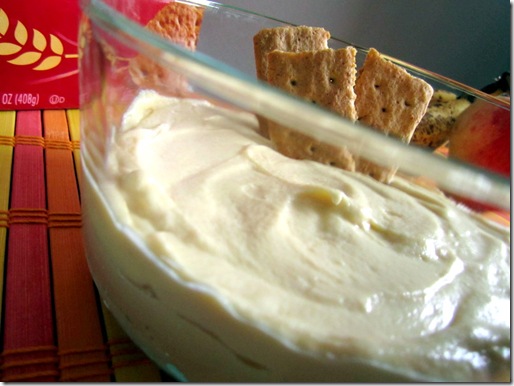 I’ve found that even though it’s a “fruit dip,” it’s really just as good when paired with sweet AND salty (hence my pretzel dipping in last night’s card game). 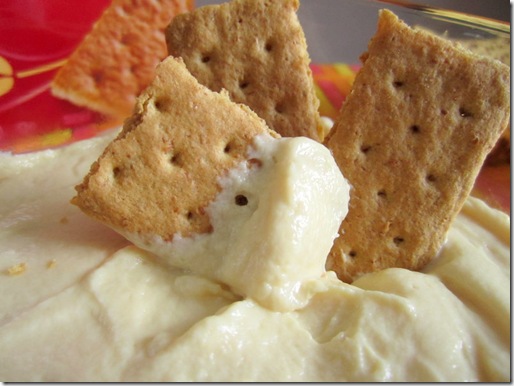 What are some of your favorite card and/or board games to play?

What would you pair the fruit dip with??

« Attack Of Motion Sickness
Guest Post: Pump It Up With Plyometrics »