Around mid-morning today, I headed out to check on the garden since it’d been a few days since we last had a rendezvous. 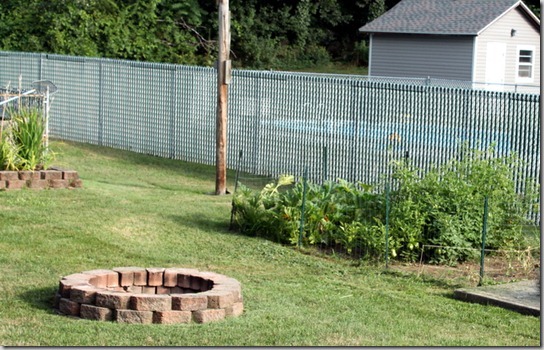 It’s lookin’ like my zucchini plants are slowing down again, my peppers are doing awesome (you can see some towards the front of the garden), my peas are dead, I have three fat, baby cucumbers, and about a gazillion green tomatoes. I’m tellin’ you guys…just you wait until those tomatoes start to ripen. It’s gonna be tomato city around here.

Of course, while I was out doing the garden thang, my second set of eyes was not far away. 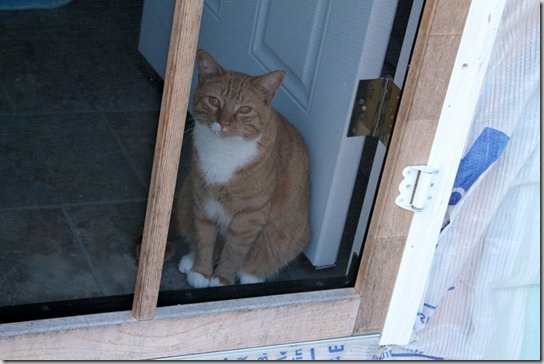 He’s too funny. He knows he can push open the door, but some days (like today) he’ll just sit there and meow at me until I come back. Other days, he’ll sneak out as if I can’t see him and then and walk as slow as molasses around the back deck. Quite a character, that one.

In addition to the garden, my mid-morning also included a little homemade trail mix. I ran out of my container yesterday, so decided to throw together whatever I could find – which included almonds, cashews and pecans (mini bags leftover from last year’s HLS – haha!) raisins, dried cranberries, dried cherries, granola, and a handful of this Honey Nut Cheerios snack mix that I bought on clearance last week and have been loooooving. 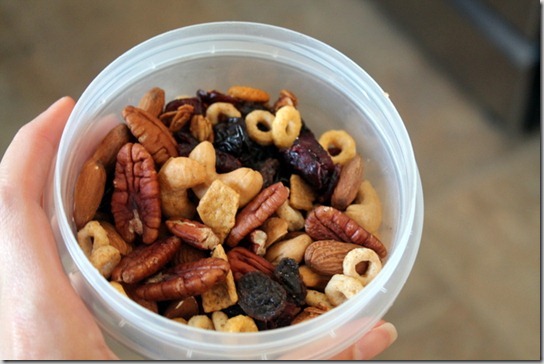 After snacking on so much trail mix, I didn’t have a huge appetite for lunch, but since I have an appointment I have to head out for, I knew I should eat something. 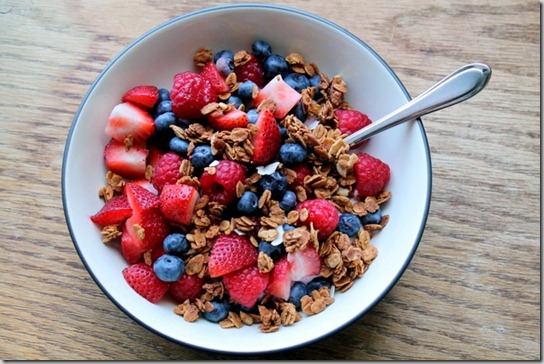 So I put together a lovely granola bowl made with plain Chobani, strawberries, raspberries, blueberries, and Love Grown Foods granola. 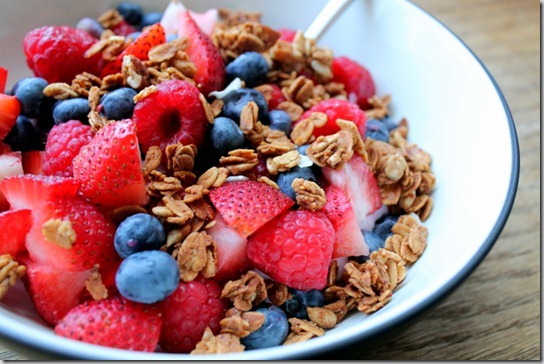