Thank you SO MUCH for all of the birthday wishes yesterday, everyone! You guys sure know how to make me feel special. It really was a great day, so I figured rather than go the usual Fun Facts route today, I’ll just give a little recap of my special day.

The day started off with my free b-day beverage at Starbucks (can’t beat that!) and followed with a pretty low-key morning at work. I went and got a shellac manicure on my lunch hour (switched it up from the pedi, for now), grabbed some turkey chili from Panera for lunch, and when I got back to work I had this yummy surprise waiting for me! 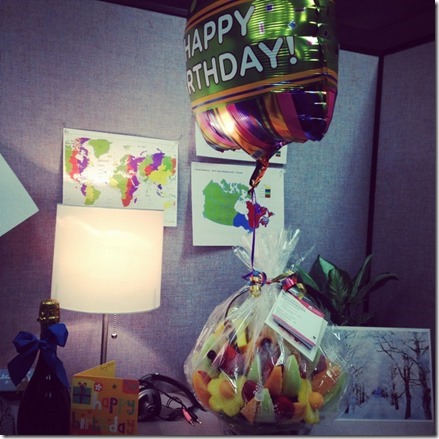 My parents sent me an Edible Arrangements basket with the sweetest card attached to it. I was totally surprised!

The afternoon went by pretty quickly and I managed to coerce a few of my co-worker pals to come visit me and help me make a dent in that fruit basket. ;)

When I went to pick up Lucas after work, I had a special card waiting for me from “him.” 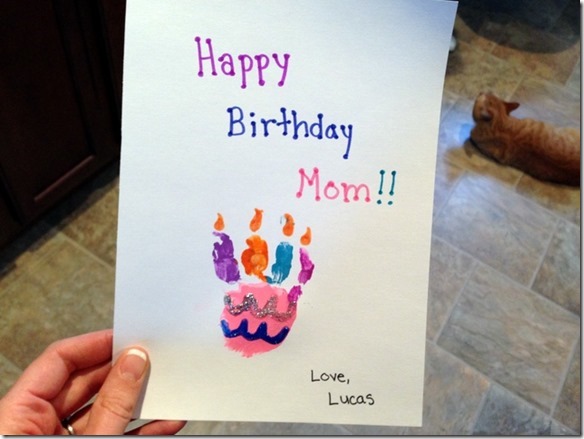 Once I got home from work, I noticed that I had some more yummy (not birthday related, but I’ll pretend anyways) goodies waiting for me. One box came from Food Should Taste Good and included some of their new flavors of chips. Umm, guacamole chips? YES. 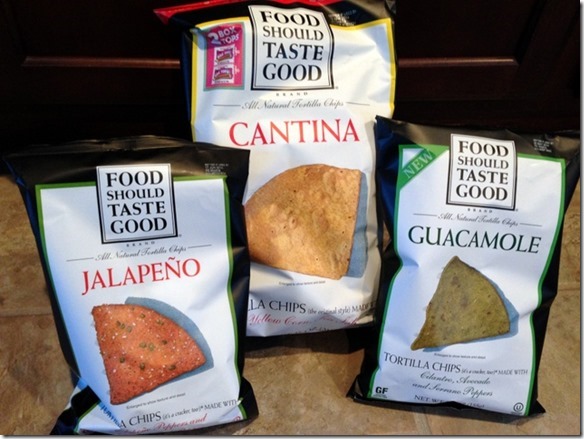 I’d already seen a few other bloggers mention them and word on the street is that they’re pretty fantastic.

The other box came from popchips and, well, let’s just say I’m pretty well stocked on those for a while now. 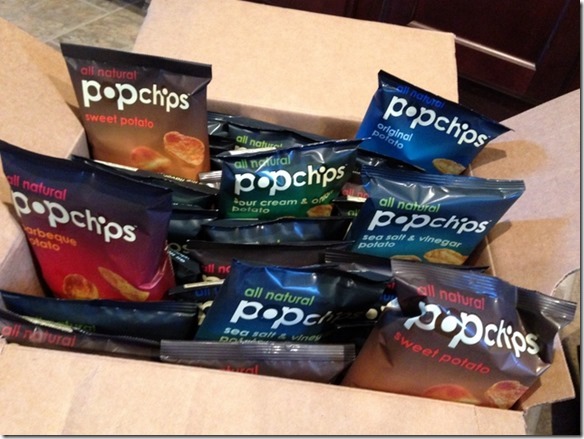 Lucas went down for a nap shortly after we got home, so I enjoyed a little quiet time until the hubby came home. The two of us chatted for a while about our days, and then he surprised me with my birthday gift… 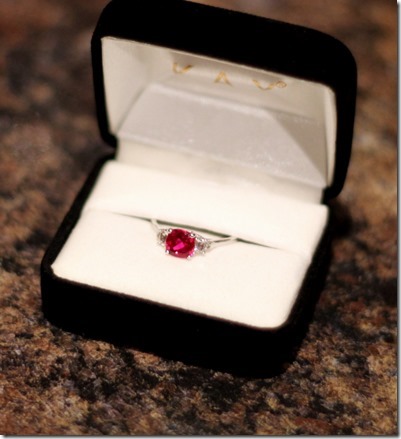 I had mentioned briefly at one point that I would love a piece of jewelry with Lucas’s birthstone (a ruby) and he was certainly listening! I am totally in love with my new ring but right now I have to wear it on my pointer finger until I can get it sized…hopefully we can make it out this weekend!

Around 5:30pm, we popped open some bubbly. 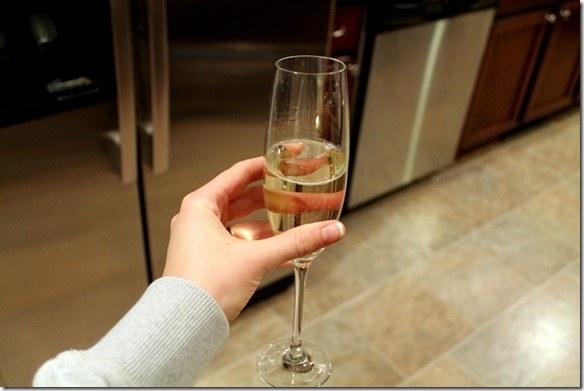 And man, let me tell you…it was tastin’ goooooood last night. I may or may not have wound up with a pretty decent little birthday buzz.

My brother wound up stopping by to visit, so I let him have some “uncle” time with Lucas and he took care of feeding him dinner. 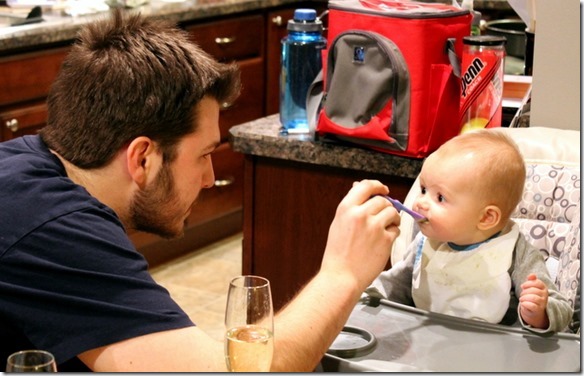 The two of them were too cute. Lucas wasn’t quite sure what to think of having uncle Dan feed him at first, but he quickly realized it was cool and went to town on his avocado and sweet potatoes. :)

Once the little man went to bed, it was time for some dinner! Jay worked so hard on making this Risotto with Chicken and Spring Peas dish, and seriously guys, it tasted SO. FREAKIN. GOOD. 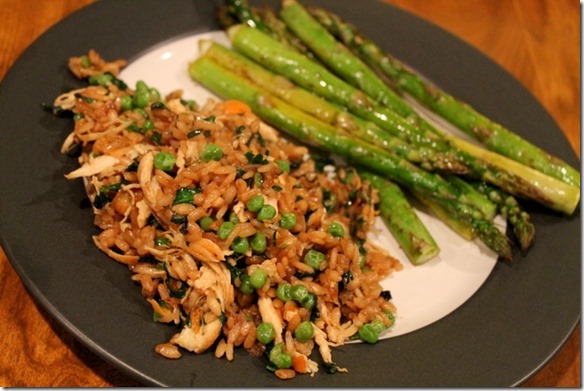 It was a bit different of a risotto than what I’ve been used to before, but I absolutely loved it. It had the most amazing flavor! He served it with some simple roasted asparagus which was just as tasty.

And, of course, there was a special birthday dessert to be had…

Cupcakes! Jay picked up four of these monster cupcakes (seriously, they’re jumbo sized if you couldn’t tell from the photo) from a local bakery, J&S Watkins. It was the first time I’d ever had anything from there but WOW. Delicious. 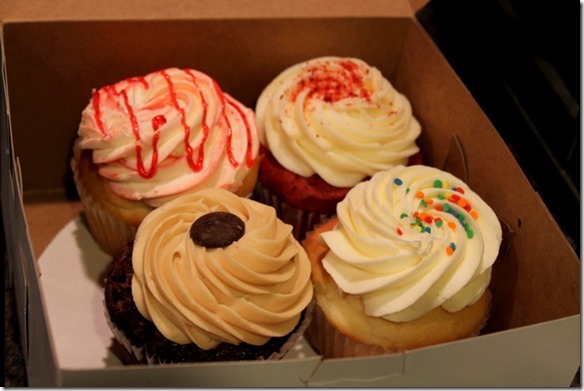 Him and I each split the red velvet and lemon cake with raspberry buttercream (incredible), and while I was absolutely stuffed by the time I was finished, it was worth every single bite.

So yeah, that’s pretty much a recap of my first day in my 30’s! It wasn’t anything too wild and crazy but I loved everything about it…especially just being able to be with my boys. 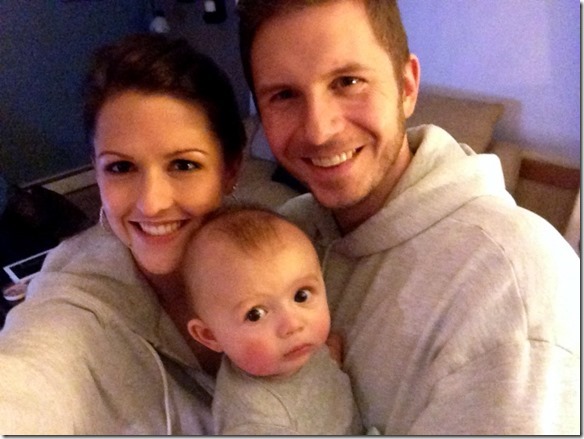 Hehe, you like that grey color scheme we had goin’ on? Grey cozies was the name of the game last night. ;)

Here’s to hoping everyone has a great weekend ahead! Jay and I have a night out tonight for his company party and word on the street is that there’s something fun happening tomorrow too, so we’ll see what’s happening!