I’d be willing to bet you didn’t expect to see a new post from me on here today, did you?! Well, HELLO!

Considering it’s been 7+ months since I’ve posted anything on here(!), I think it’s safe to say that my posts are becoming few and far between. But I recently found myself with a little extra free time, and thought it might be fun to check in, say hello, and share one of our recent home projects. Because, man, am I absolutely thrilled with how it turned out! 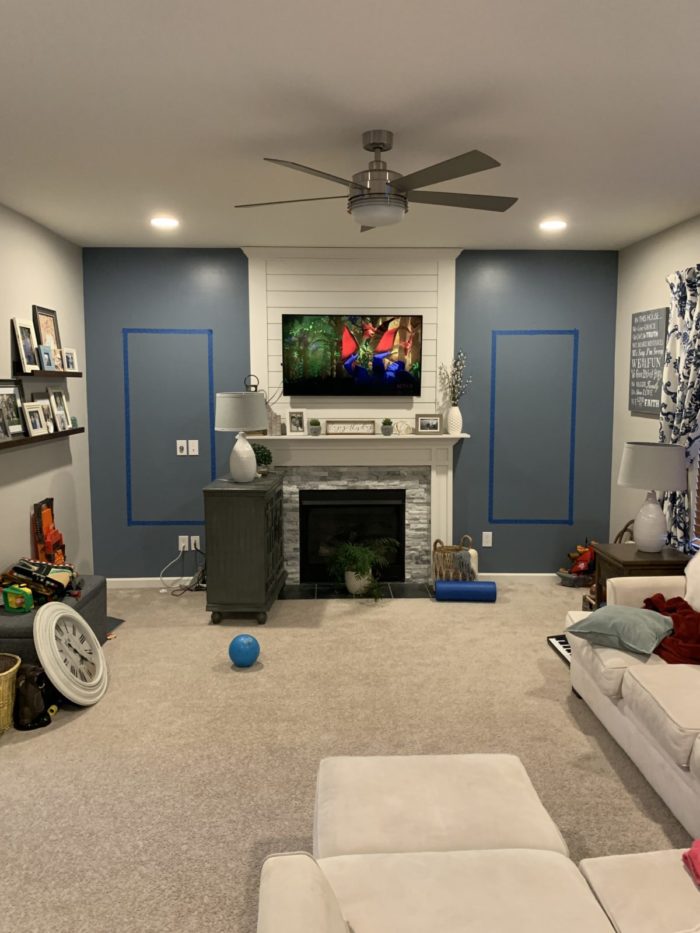 You may remember our fireplace makeover project from back in March 2020. At the time, I really loved the blue accent wall, and I thought for sure that I’d still want to keep it after this new project was completed. But then, of course, I changed my mind.

If you hadn’t already figured it out, we (aka, Jay, not me) installed some new living room windows. I absolutely love a nice, bright room; but unfortunately, because of where the house is situated and where the sun rises/sets, this space just never got very much light.

So it was time to bring it in! 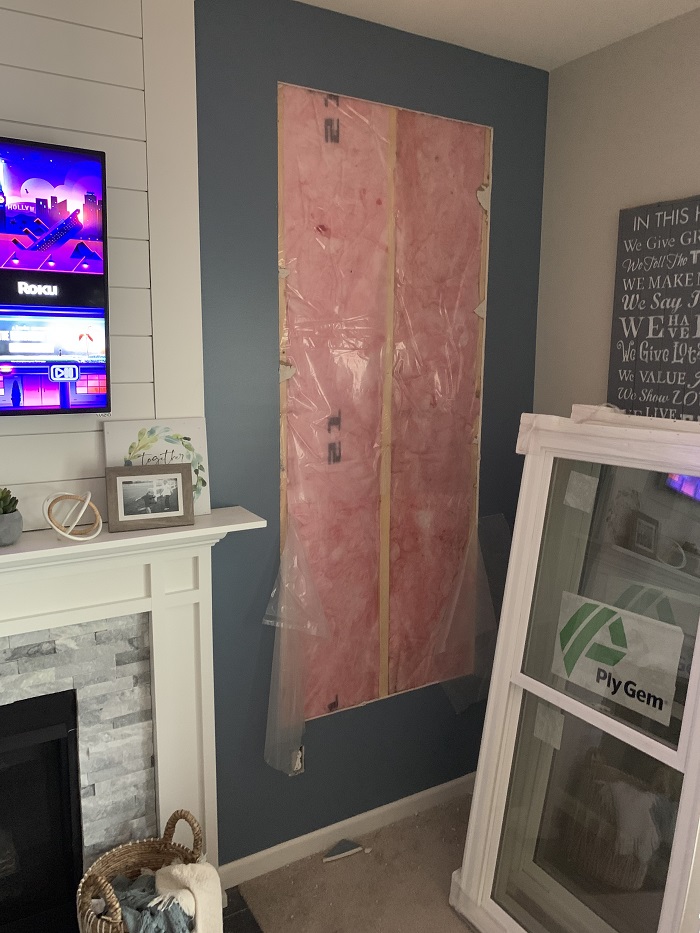 The whole process of cutting out the interior walls was pretty smooth sailing, although Jay did have to do some re-wiring of the electrical outlets to the left of the fireplace. 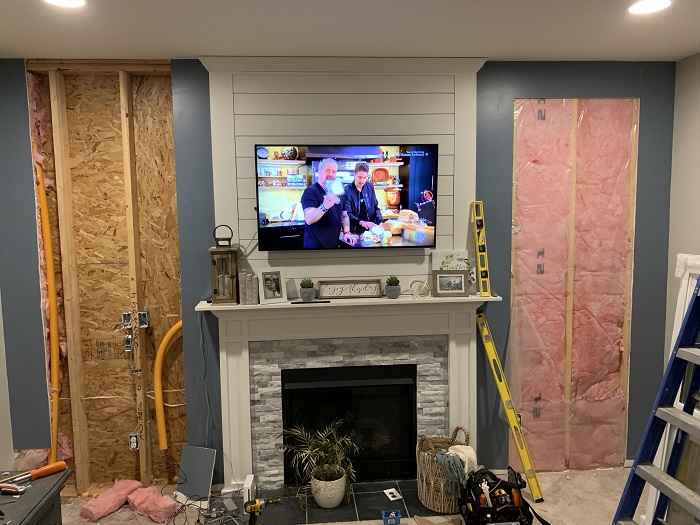 He also had to make sure that the walls were restructured in a way to ensure there was enough support (because, you know, we don’t want things collapsing after cutting huge holes into the side of the house). 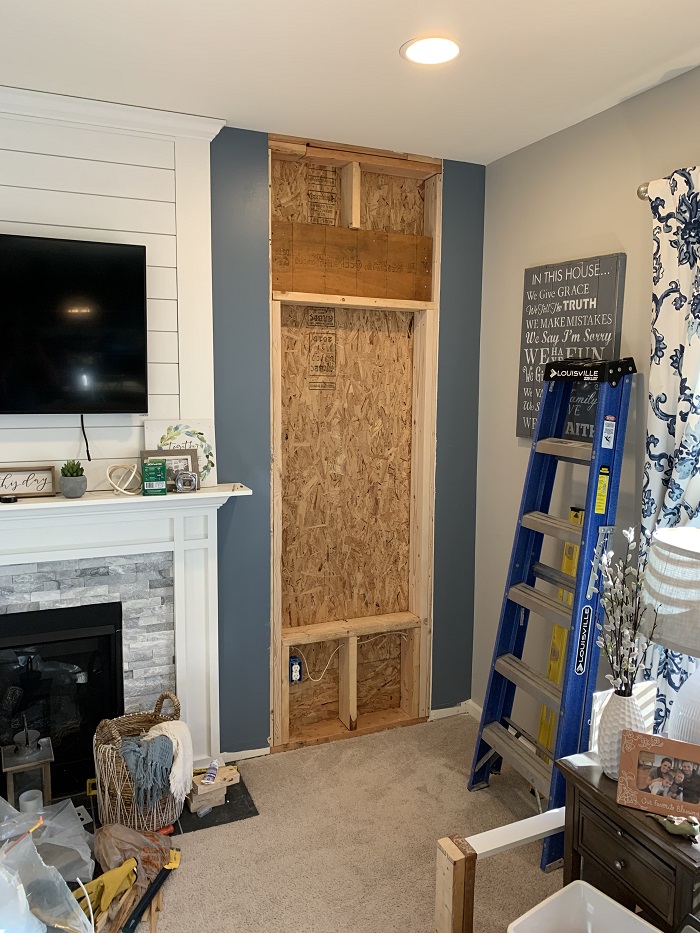 When it came time to actually cut through the side of the house, I’ll admit, it was a little nerve-racking! But Jay did his due diligence, and thanks to him and the help of our cousin Mike, they pulled it off like professionals. You’d never even know they weren’t originally there! 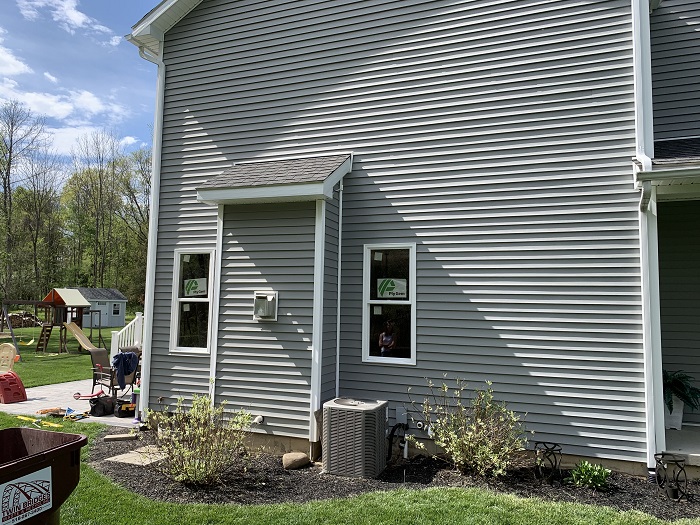 So once the windows were installed, then came the decision on what to do with this wall. 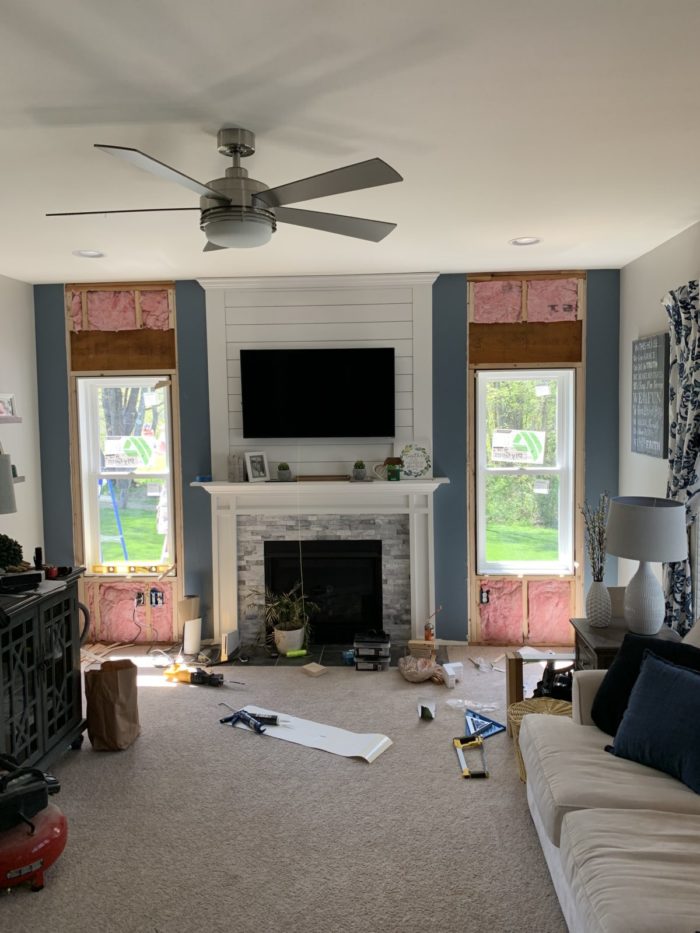 Since it was easier to put up new sheetrock all around the windows, as opposed to just patching the open spaces, it gave me a feel for what it would look like if we went back to a lighter color. And that’s when the wheels got spinning. 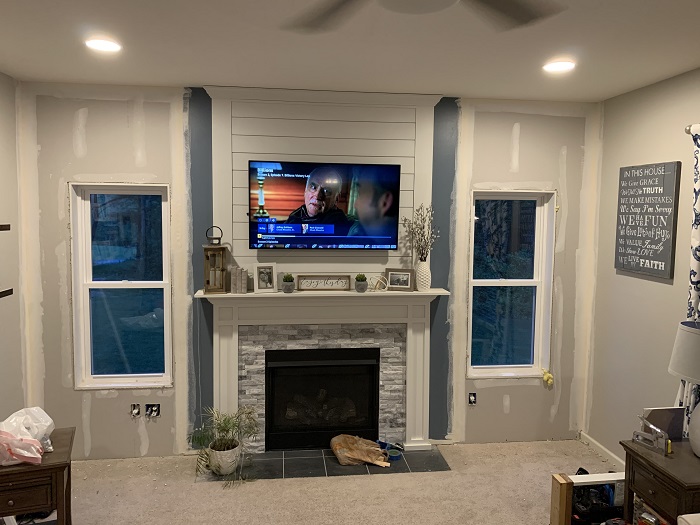 After some back and forth, we decided to just stick with the original color that’s on the rest of the living room walls (Agreeable Gray by Sherwin Williams) and I am 100% happy we went that direction. 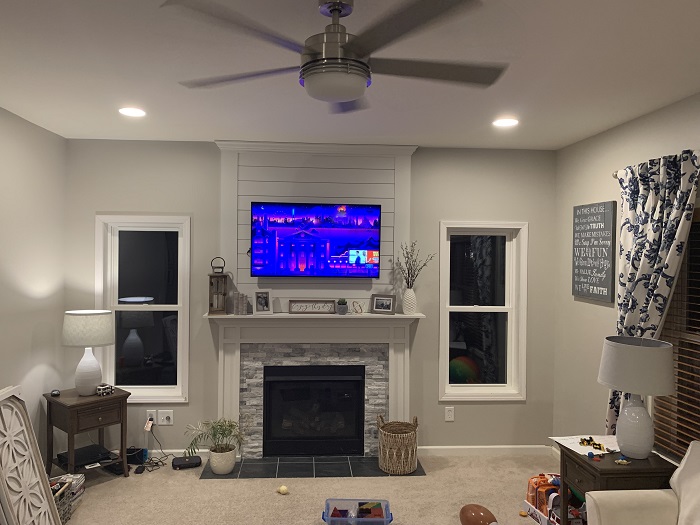 Then came the job of trying to find the right curtains, which took some trial and error! Since the windows are narrow, I originally thought maybe I just wanted one panel on the outside of each window. But, nope, that looked weird. Then I needed to find a color that wouldn’t be too gray, or too white, so they wouldn’t clash with the couch and the walls.

I believe it was the fourth attempt at a pair, which are these Crossweave Dove Grey curtains from the At Home store, that finally did the trick. Then it was time to get some new curtain rods, since I decided I wanted switch the look of the curtain hardware from brushed nickel to bronze. Much to my surprise, it actually proved rather difficult to find a set of curtain rods (that I liked) in both a large and small size. But Home Depot was our winner, and we wound up going with these curtain rods for all 3 windows.

Six panels and three new curtain rods later, and we finally had a finished look. 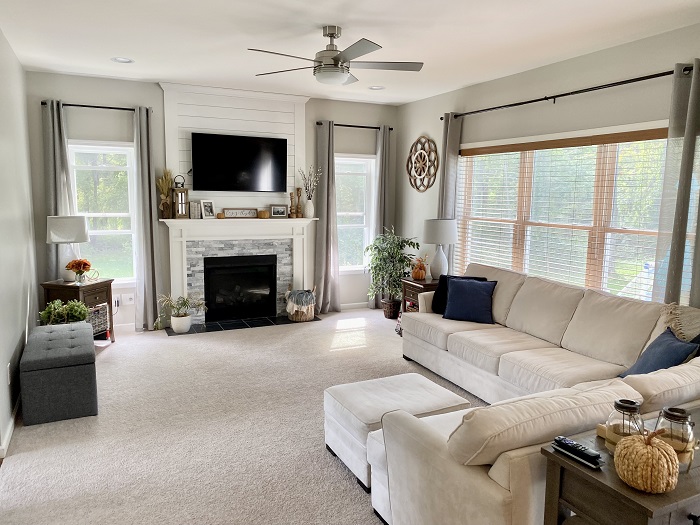 When I look back at pictures from just a few years ago, it’s crazy to see just how DIFFERENT the room feels now! 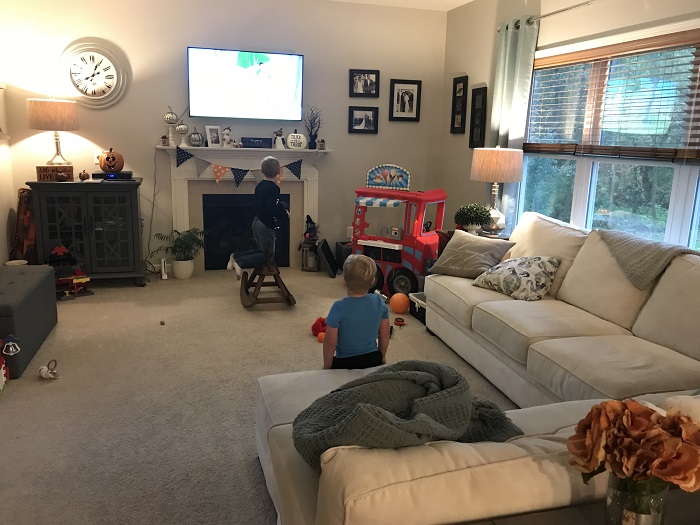 Needless to say, I am absolutely thrilled with how it turned out. The room gets SO much more light now, and we can even watch the boys when they’re playing out on the side of the house. Ahh, it just makes my heart happy. 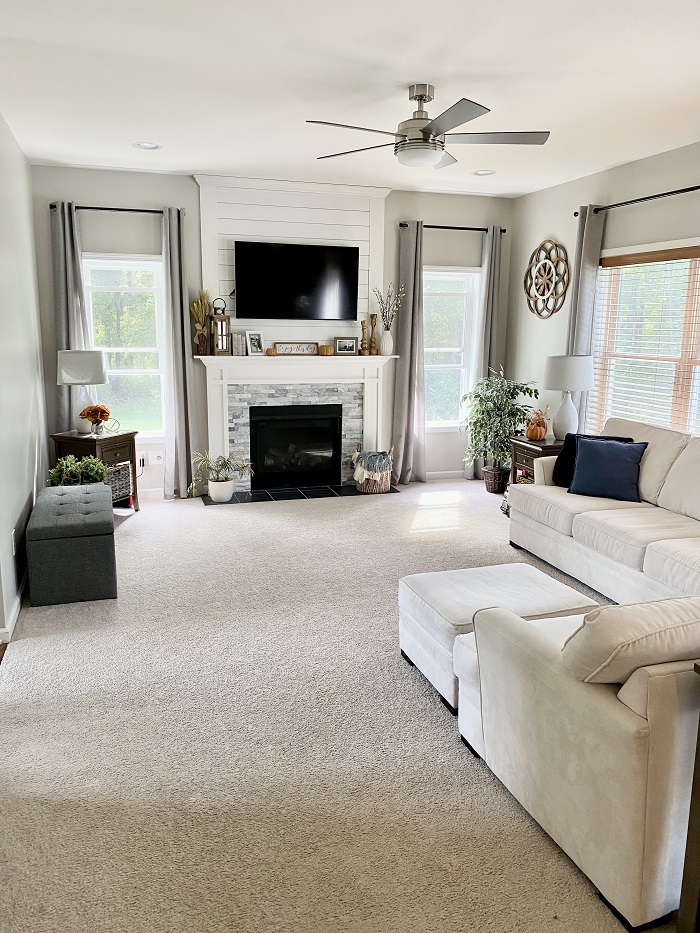 The only thing left to do now is swap out the ceiling fan (this one is a current contender), but we’ll get there eventually!

And I figured, since it’s been forever since I’ve even updated this space, I’ll leave you all with a recent family pic while we were out apple picking a couple of weeks ago. These kids of mine are getting huge and I just can’t even believe it. 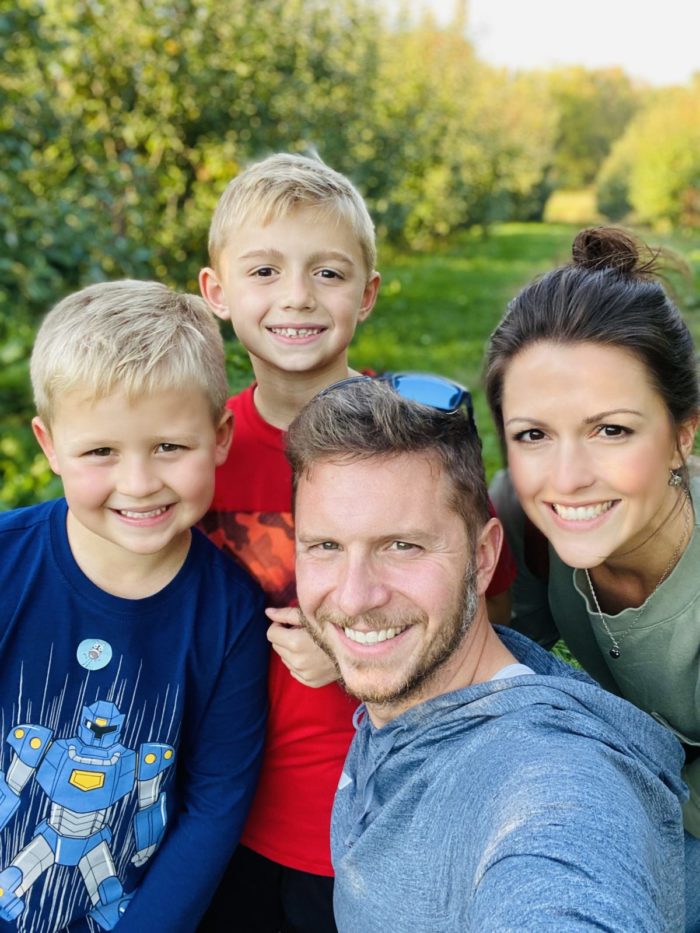 Ohh, how I really do miss you all and wish I could check back in more often. I hope all of you (err, if there’s even anyone who will still see this?!) are doing SO well and I wish you all a fun, safe, and spooky Halloween weekend coming up! <3