Keeping up with the Five F’s that I introduced a couple of weeks ago, I’ve got some more fun stuff to share again today, so I’m gonna go ahead and dive right in.

A few weeks ago, DSW was having a BOGO 50% off sale, so I snagged a couple of casual pairs that I figured would get me through spring. The first were these Reebok Classic Harman Run Sneaker, and I just think they’re so cute. 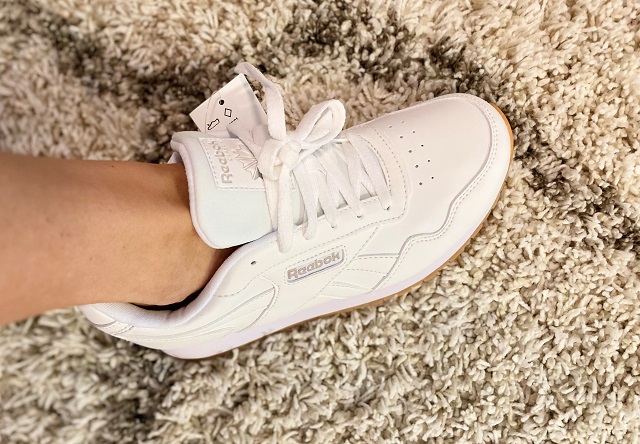 They pair great with joggers (which is basically what I live in these days), and I foresee them getting lots of use.

The second pair was a pair of black TOMS, which I got mainly because I needed something I could easily slip on and off that isn’t flip flops. 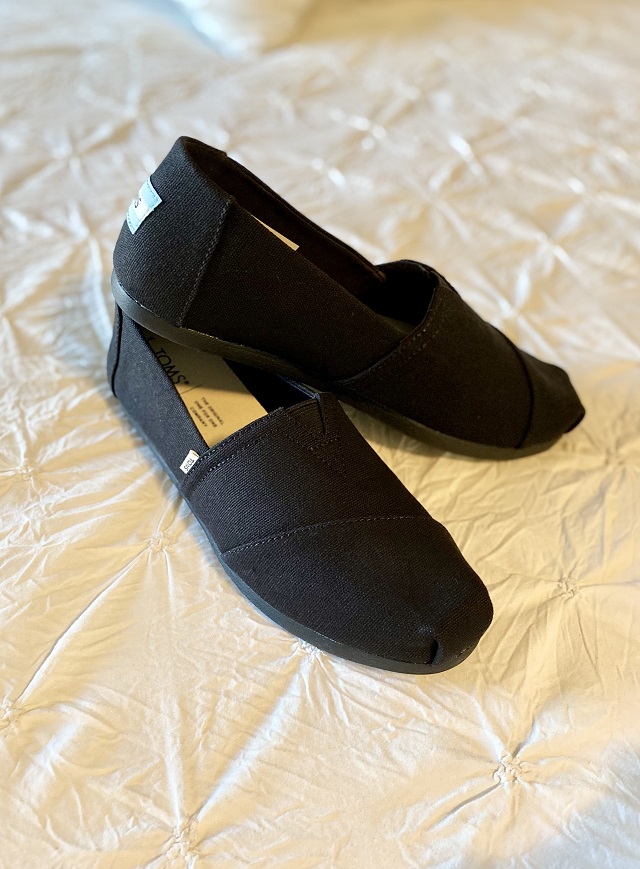 They’ll definitely do the trick!

Oh, and speaking of joggers, I also recently got a pair of these Old Navy High-Waisted Garment-Dyed Street Jogger Pants when they were half off, and they’re awesome. 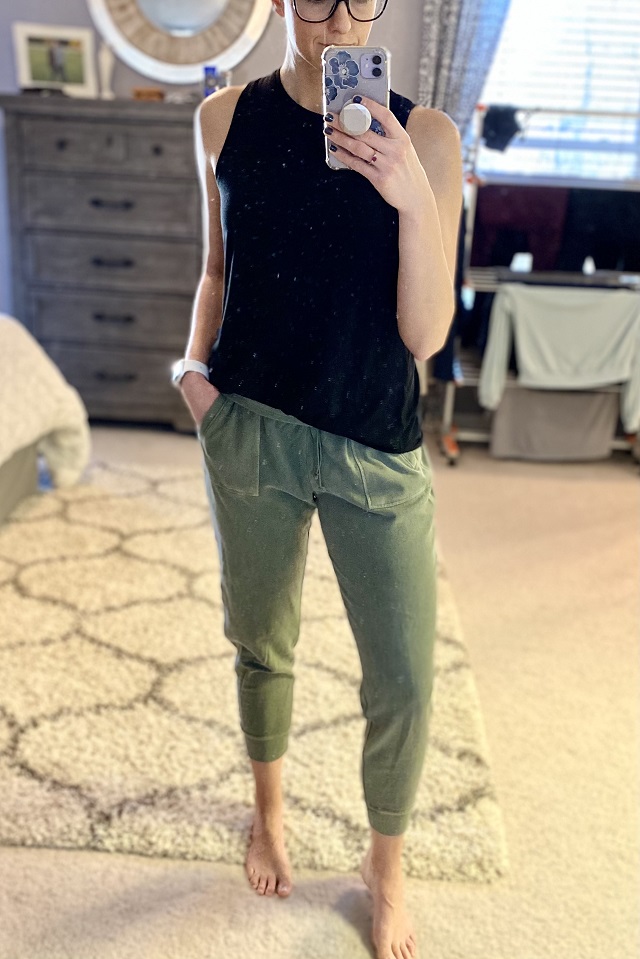 I like my comfy pants to fit, well, comfy. So I always like to make sure there’s a little extra room. I ordered a medium, which is my usual size, and they fit great without feeling too tight in the waist.

And, oh hey, looks like it’s time to clean my mirror once again.

I’ve got a new favorite coffee drink that I’m kinda, sorta obsessed with. Have any of you tried the new cold brew with sweet cold foam from Dunkin’ yet? If not, promise me that you will! 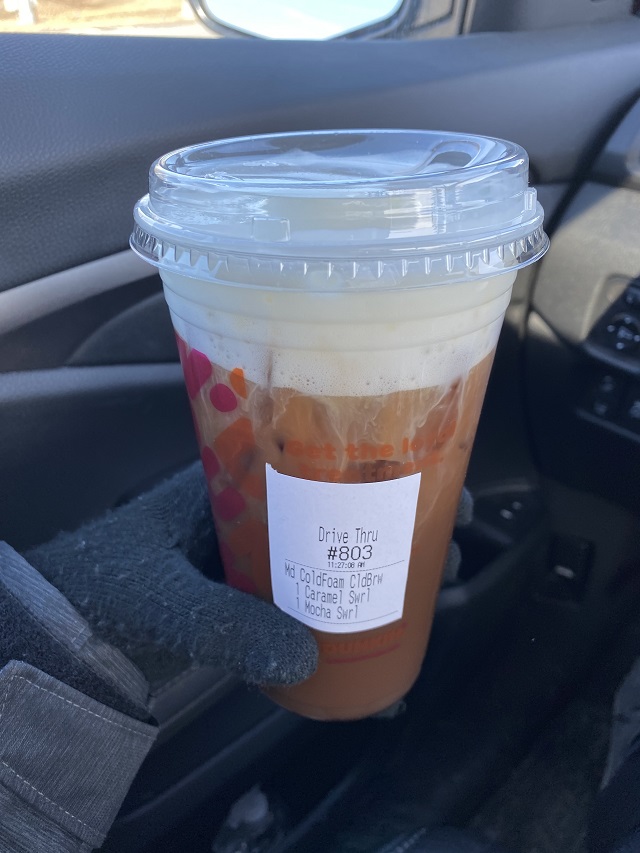 I’ve long been a fan of the Starbucks cold brew, but Dunkin’s is just as tasty. My favorite way to order is with 1 pump of caramel + 1 pump of mocha, no extra milk/creamer, and it seriously hits the spot. Let me know if you give it a try!

This Creamy Chicken Soup with Pasta and Spinach was a huge hit with the whole family, even the boys (after, of course, they complained because it “looked weird”). *A couple notes: I added an extra 2.5 cups of chicken broth + probably another 1-1.5 cups of water, and it was still really thick. You’ll also need to continuously stir after adding the pasta so that it doesn’t wind up sticking to the bottom. Overall, absolutely LOVED this one.

This Grilled Chicken Marinade is probably one of the best that I’ve ever made (thank youuu, Ashley, for the heads up on this one!). I like subbing orange juice in place of the lemon juice, and we’ve been letting the chicken marinate in the fridge for about 24 hours before grilling up. Ughhh, it’s SO good.

And we brought back another long-time favorite of ours this past week…these Tostadas w/ Salsa Verde Carnitas are SO good. 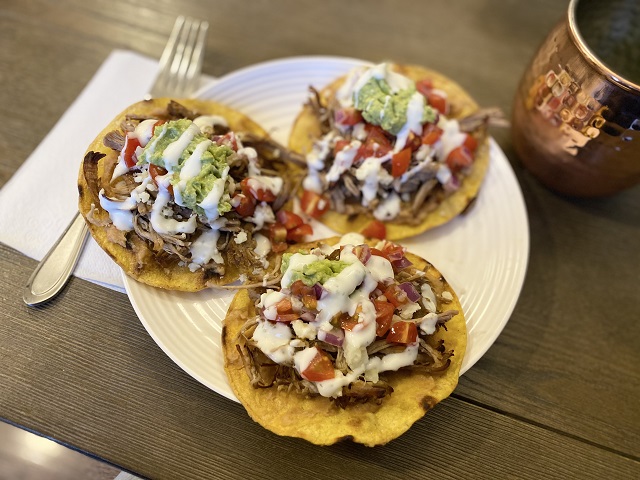 They’re also quite messy, but…worth it.

And last, but not least I need to give a big shout out to this Cookies & Cream flavor of Enlightened ice cream. 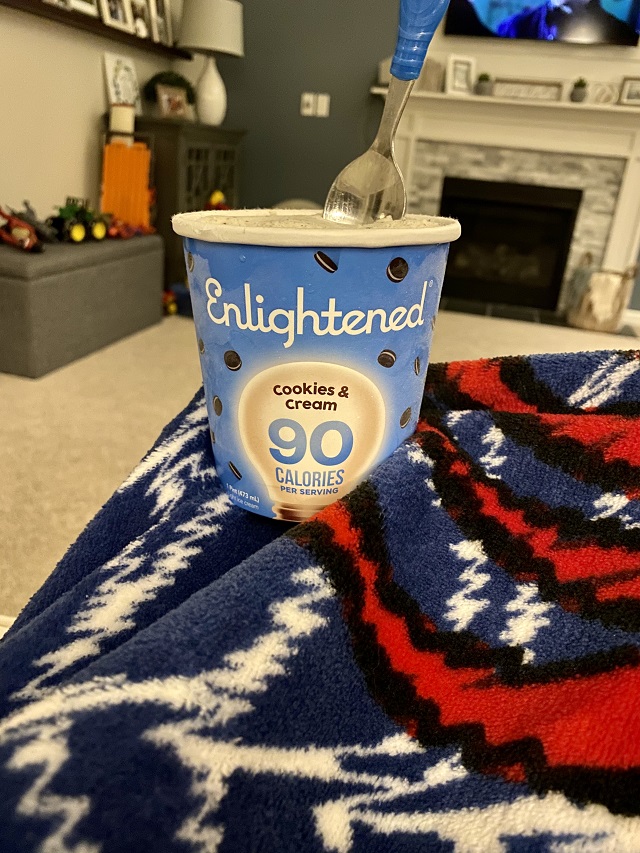 I really should know better, but I sat down with the new pint while watching some Netflix…and before I knew it, I was scraping the bottom. One pint, for me apparently, can easily equate to one serving. Whoopsies.

Not too much new to report here. Still (impatiently) waiting on the delivery of our Peloton, but still enjoying a bunch of their tread workouts on the app. I’m actually surprised by how much I’ve enjoyed including some running in my routine, since it had easily been a good year or two since I really did much of it. I like to do a mix of things, so it could be as simple as a quick, 10-minute “extra mile” run tacked onto the end of a strength workout, or as long as a 45 minute interval run (which I’ve been including on Sundays frequently).

I absolutely, 100% choose my tread workouts based on the instructor first, followed by the playlist second. Because I need some good beats for when I’m running! 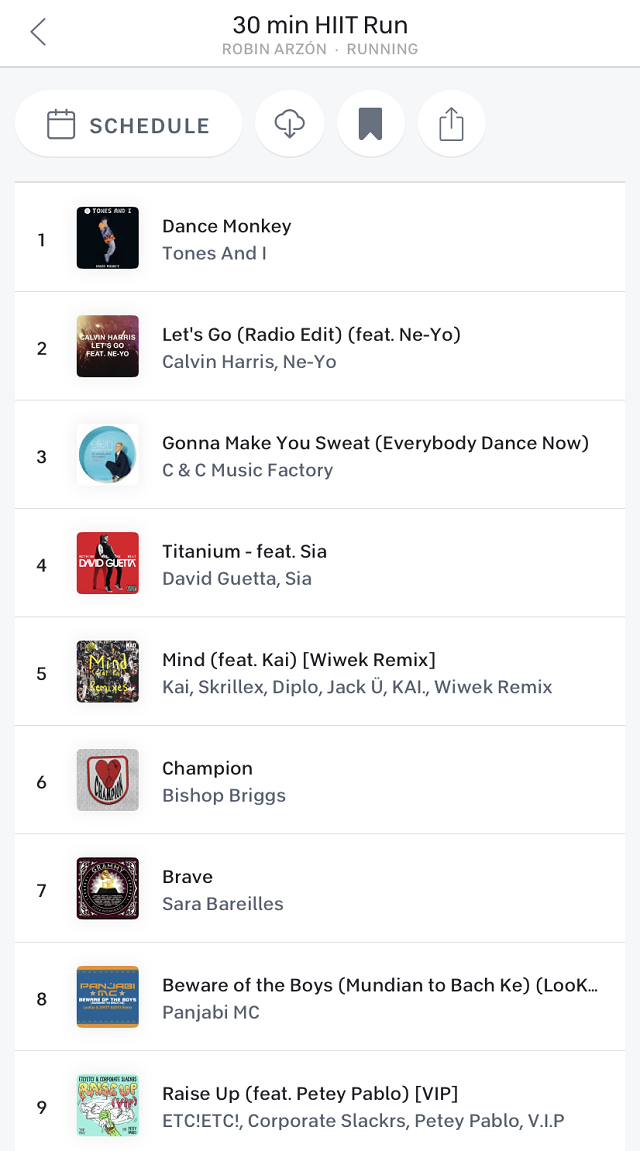 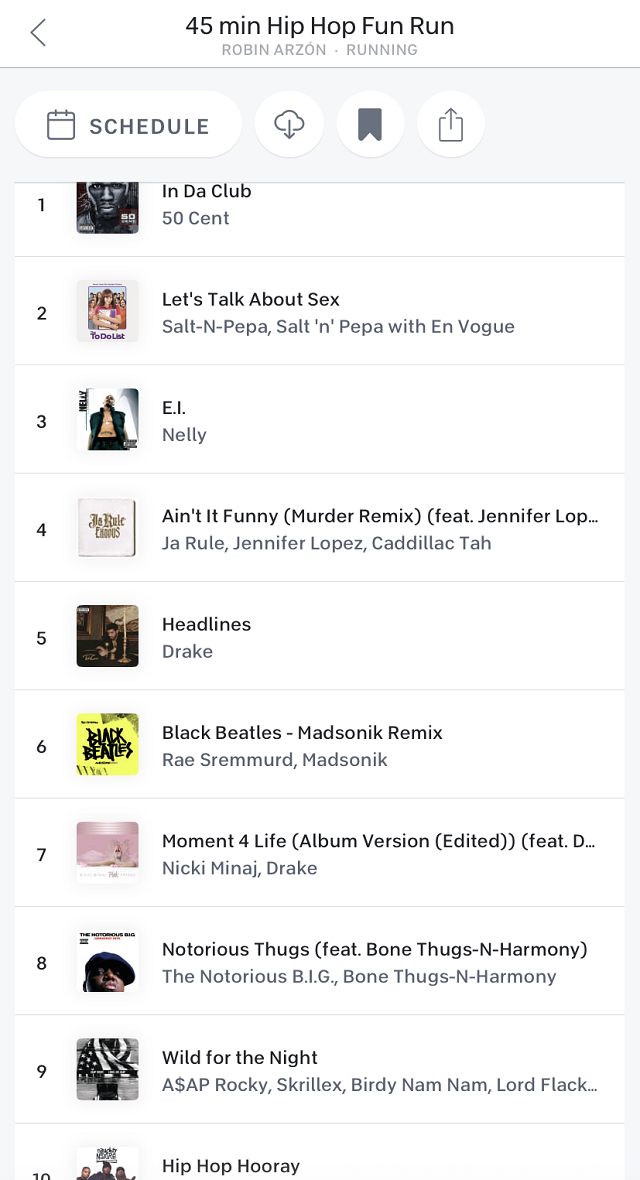 My strength workouts are still happening via the Faster Way to Fat Loss, and they’ve brought some serious HEAT the past couple of weeks. Saturdays are usually my favorite, because it’s leg day, but Monday’s HIIT workout really had my heartrate up!

Oh, and the only reason I know that is because I was lucky enough to receive an Apple Watch from my parents for Christmas. 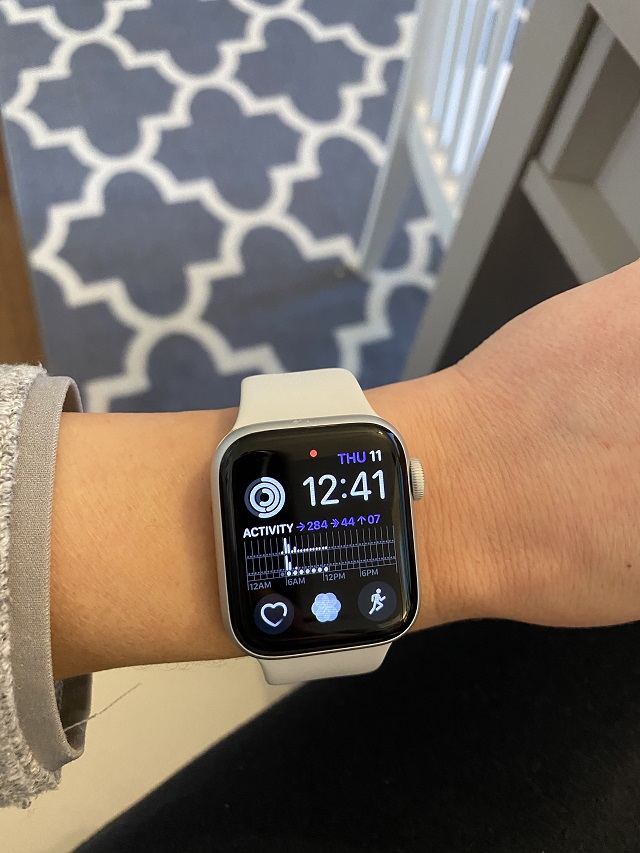 It was honestly the only thing I really wanted, so I was super pumped to finally jump on board. I love being able to track my stats, and see how I’m doing.

The one thing I’ve noticed, is that it’s often hard for me to hit my “movement goal” on the days where I’m only strength training (usually Wednesday/Thursday for me). At first I was like aww man, I’m missing my goals! But honestly, those workouts really are enough for me on their own, so it’s not the end of the world if I don’t close a ring on those days. I could definitely see where it could become easy to get bogged down by the idea of having to close all 3 rings everyday; and Courtney from 7-8 years ago would probably be more concerned about that. Thankfully, Courtney from today realizes that it’s definitely not a concern. <3

We were totally teased with the most amazing weather this week. Mid-60s and sunny, and it was giving me liiiiife. 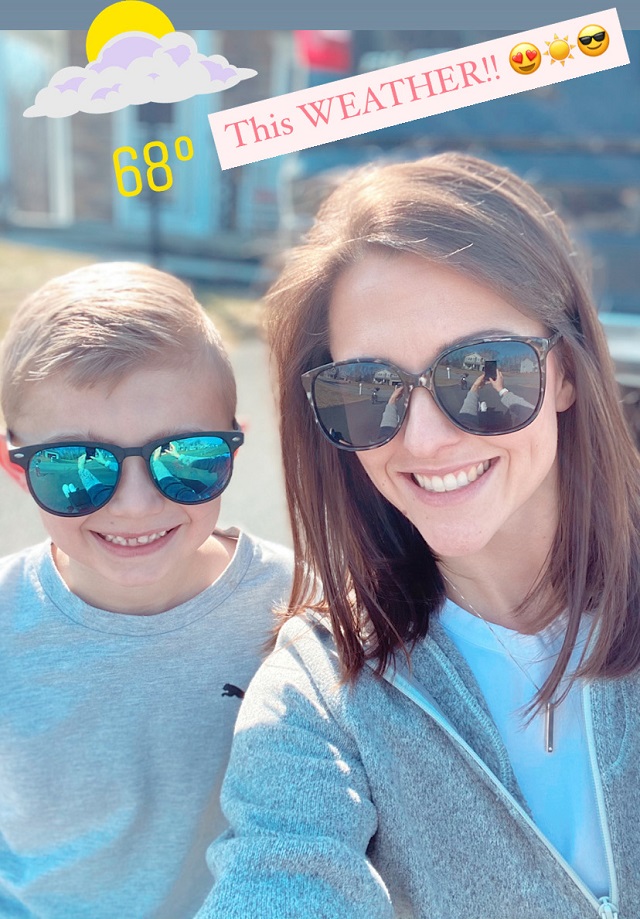 I brought my laptop outside and worked for as long as I could in between meetings during the afternoon, for a little change of scenery. 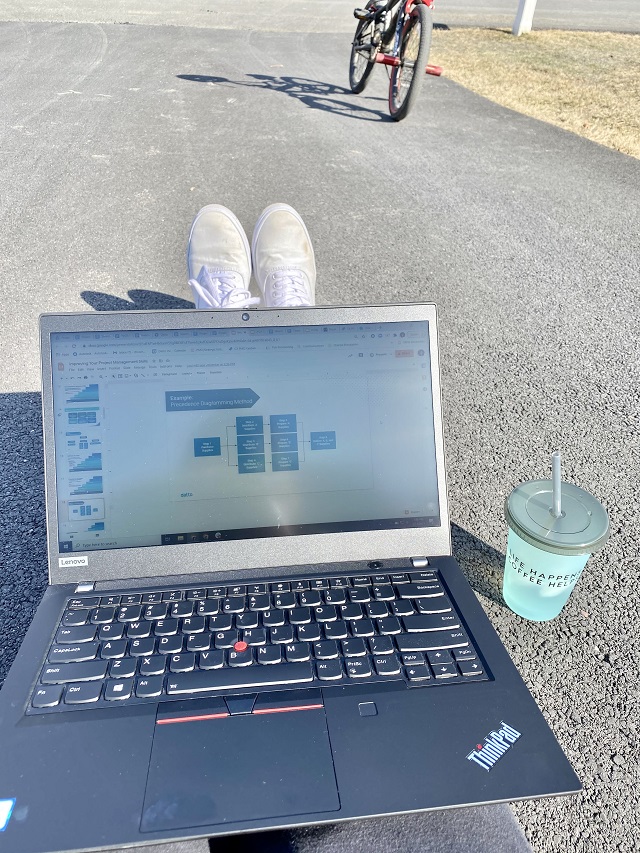 And then some of the neighbors wound up congregating in the street and enjoyed a couple of drinks while the kids played after school. 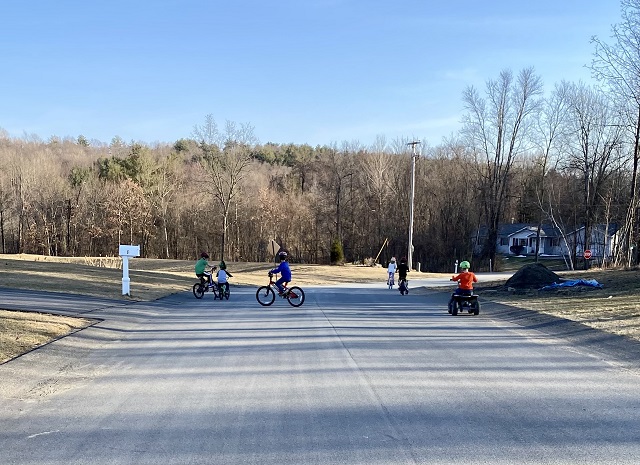 We were even greeted with the prettiest rainbow after a quick little rain shower. 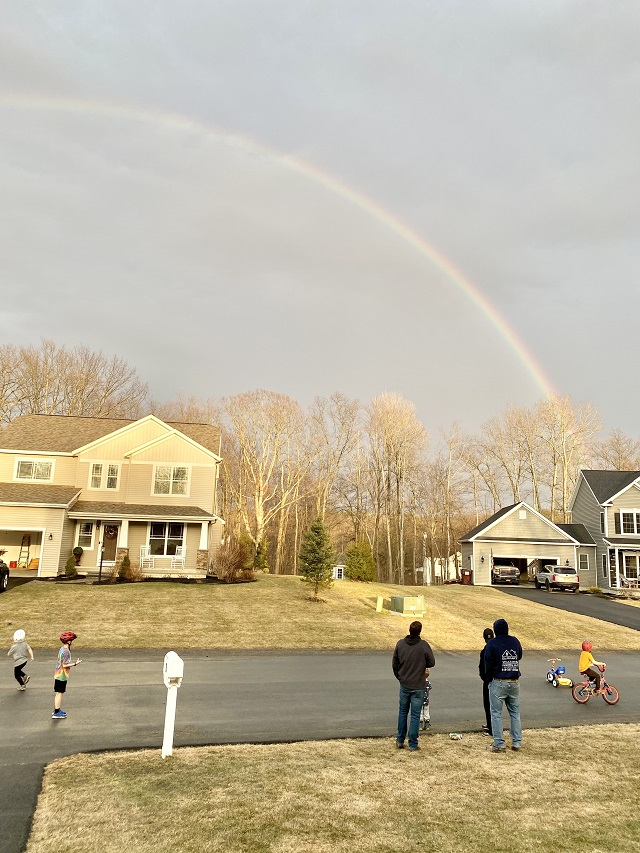 Ahhh, I will be SO ready for when this weather comes back and is here to stay!

In other fun news, we’ve got a new house project on the horizon! It’ll still be a good 5-6 weeks before anything happens, since we have to wait for our stuff to arrive, but this pic may gave you a little hint as to what we’ve got in store. 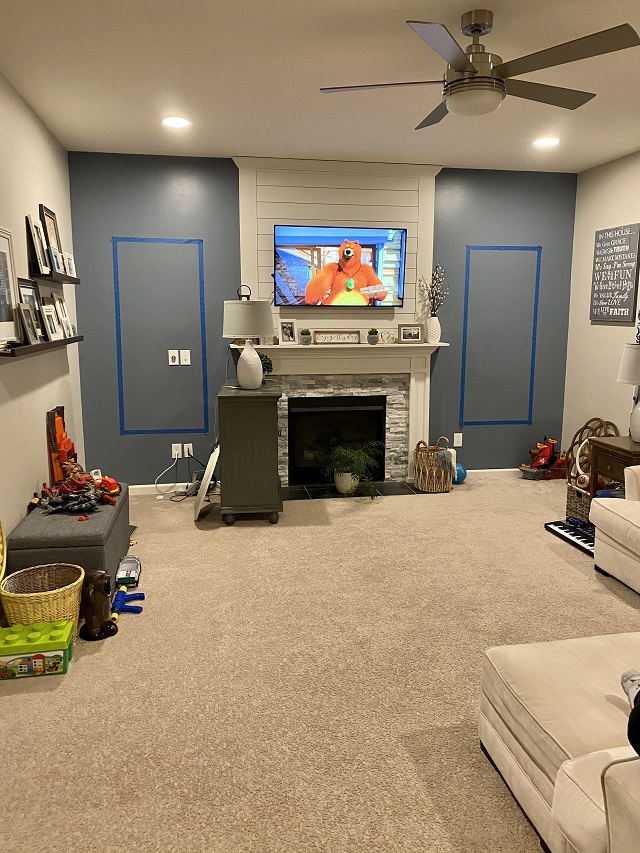 Alex was invited to his first school friend birthday party last weekend and I cannot begin to tell you how happy I was for him. To be able to have something to look forward to, outside of the house, with other friends. 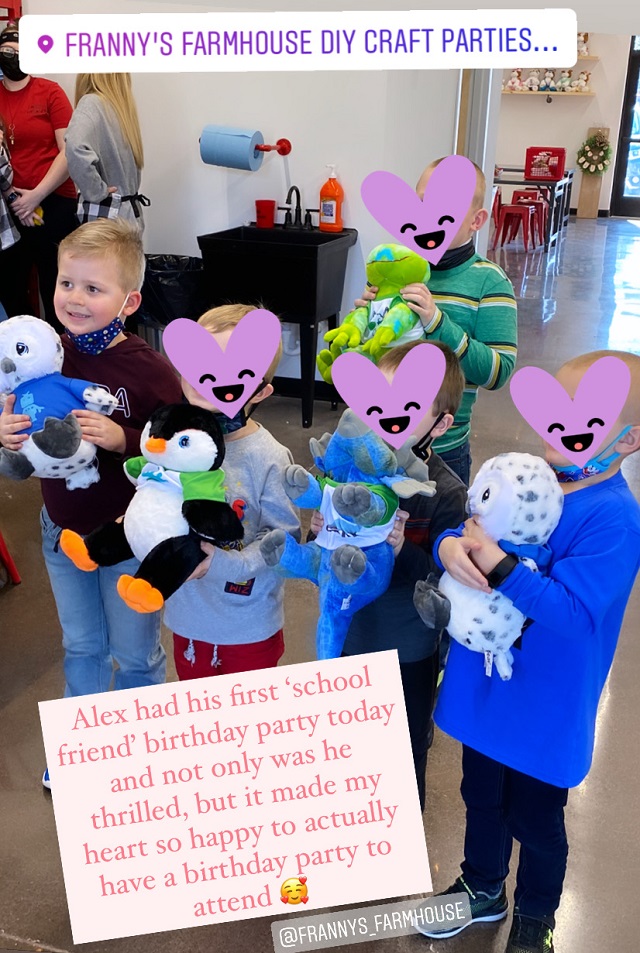 It’s been such a long year for these kiddos, and they really do deserve to have some fun.

And in probably the most exciting news we’ve received this week, Lucas is going to be starting back to in-person school FULL time starting in mid-April!! While we’ve been very lucky through all of this, and academically he’s adjusted very well, he truly does need that social aspect of being in school with his peers. 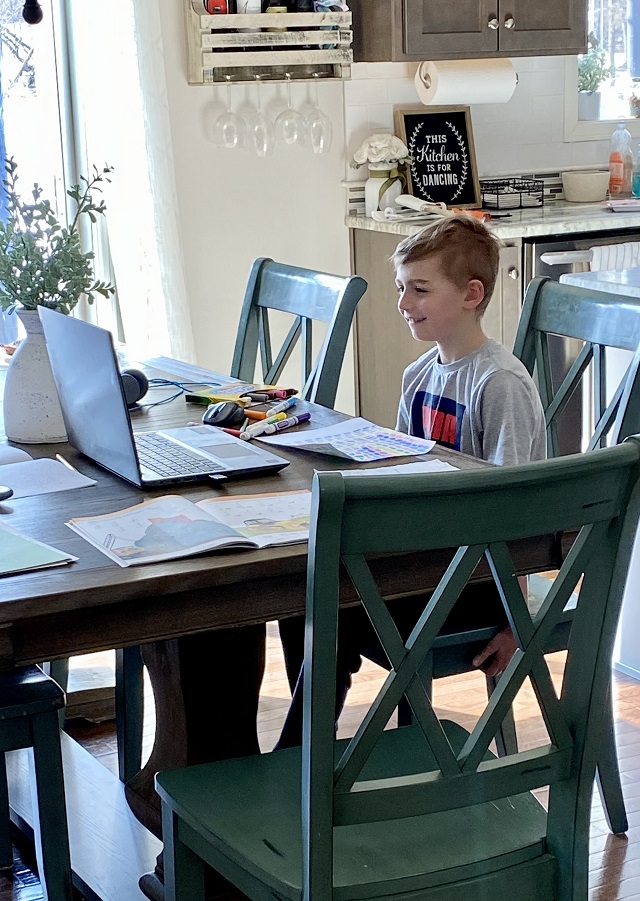 So as a mom, this past week has probably been one of the most exciting and encouraging weeks in a LONG time.

I hope you’ve all been having a great week, and have some fun in store for the weekend. Chat soon! <3