Sooo, remember those undercooked Butterscotch Blondies I made over the weekend? 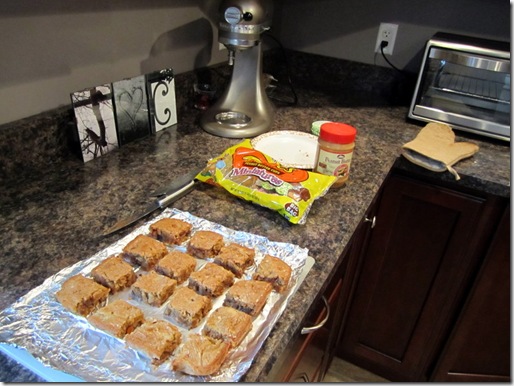 And half of a brownie cupcake.

So I have now decided that sweets after dinner are off limits. For 40 days.

Since today is the beginning of Lent, I figured it would be the perfect time to give this a go. I’ve been wanting to try cutting back on the after dinner sweets for quite a while now, but apparently I just haven’t been motivated enough to do so.

To be honest, I’ve never really been all that good at giving things up for Lent. In the past, I can remember one year giving up doughnuts. Now, let’s be honest. How often do we really eat doughnuts anyways, right? Well as soon as I declared them “off limits,” my cravings for them were out of control and I was miserable!

I know I’ve said it before, but I’m really, really bad at declaring foods “off limits” and depriving myself of something. But last night’s debacle has further proven the fact that something needs to change!

I have come up with the modified version of no sweets after dinner only, because 95% of the time, this is the only time of day that I eat sweets, and it’s really the only time I crave them. Not only is this about giving something up, but it’s also about self-improvement. For an even healthier, happier me!

It will certainly be a challenge for me, but I’m determined! I’ve got some great friends out in blog land doing the same, and I know they’ll have my back!

Even though they’re going full out no sweets, I just don’t know if I could go 40 days without baking some sort of yummy treat!

What are your thoughts on Lent?

Do you plan on, or have you ever given anything up?

Or are you more about self improvement?