There’s an exciting new purchase that made its way into our house this evening…Cody, on the other hand would beg to differ. 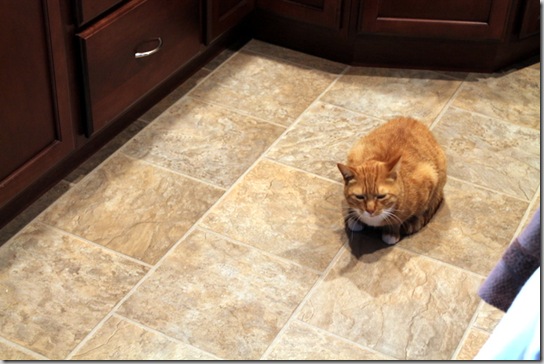 We got ourselves a brand-spankin’ new vacuum for up in here, folks. Talk about one of the most boring but necessary purchases ever EXCITEMENT! 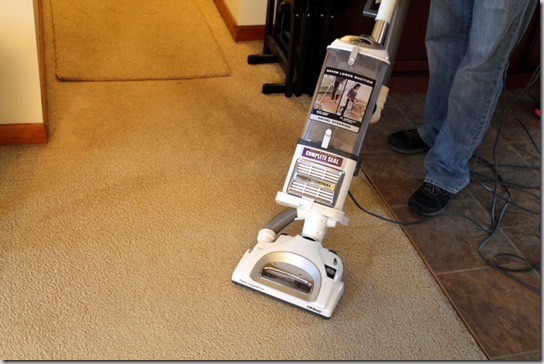 Ohh, the joys of being an adult.

The vacuum we’ve had has basically just been pushing around all of Cody’s hair and dirt in the house, so it was about time to muster up a few pennies and invest in a new one. Thankfully Jay took on the role of researching a new one, and ended up buying this Shark Navigator Lift-Away Pro. 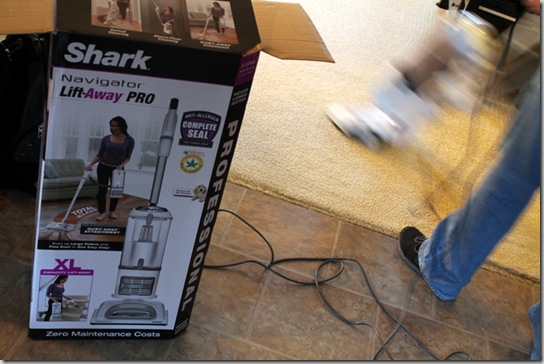 He was actually pretty funny as he was telling me his story about the decision to buy the PRO over the regular. He’s pretty certain that we’ve got ourselves one bad-ass vacuum; judging by the insanely gross amount of cat hair it picked up, I’d tend to have to agree with him on that.

Eats for today haven’t been anything too crazy, but they have all managed to hit the spot. 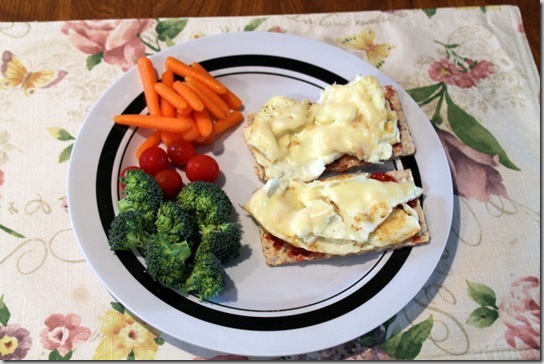 Lunch this afternoon consisted of some fresh veggies and a couple of Wasa crackers topped with egg whites, provolone cheese, and raspberry jam. It might sound like a weird combo, but it’s actually pretty stinkin’ awesome. 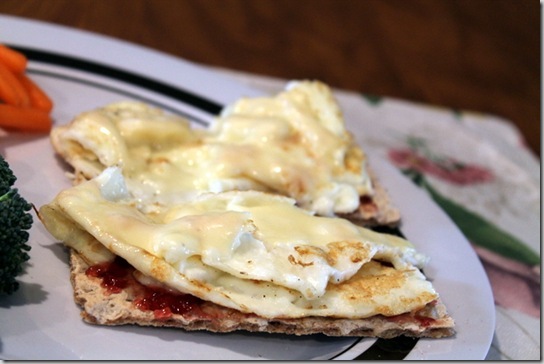 I was on my own for dinner tonight and honestly had zero desire, again, to put much effort into making something. I scoped out the fridge and saw that we still had a little bit of homemade sauce leftover in the container from making our chicken parmesan burgers, so I decided to put it to use by making…pizza! 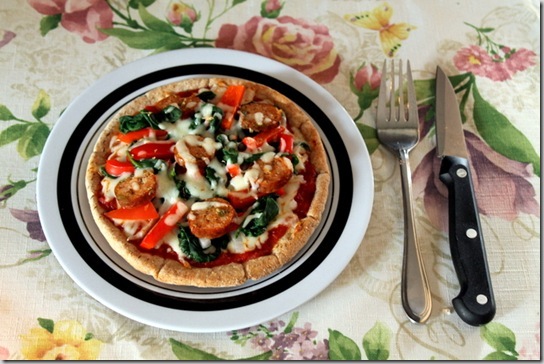 We also happened to have one remaining whole wheat pita left over from last Wednesday’s dinner, so I quickly toasted that, topped it with the sauce, mozzarella cheese, steamed spinach, peppers, onions, and a few slices of a chicken sausage chunk that was leftover in the sauce, and popped it under the broiler just until the cheese melted. 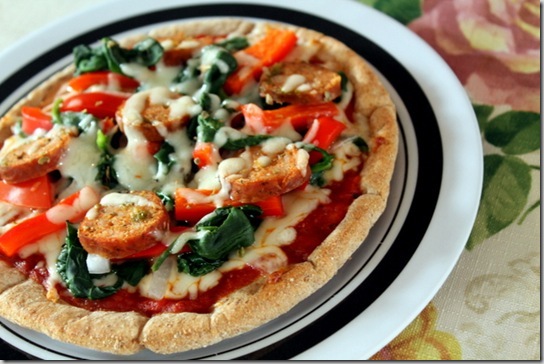 While that cooked away, I also ate the other two homemade meatballs that were in the container, too. I <3 homemade sauce and meatballs.

Ya know, I’ll tell ya…for this being a makeshift pizza, it was actually pretty darn good. 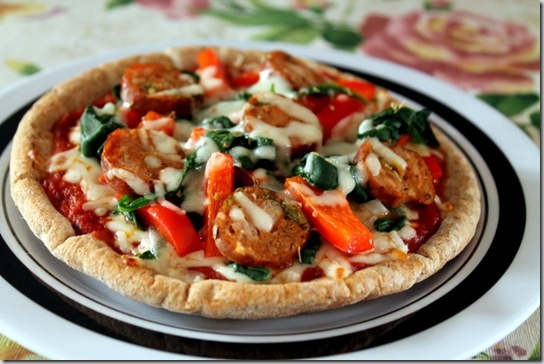 Tonight, I think it’s time to curl up with my book…I haven’t had a chance to crack it open since Sunday.