I have got a GREAT night ahead of me, with some GREAT friends! Sarah should be here any minute to come and pick me up (Jay’s working late so he has to meet up with us later) so I’ve gotta make this one snappy!

Today’s lunch was really nothing you haven’t seen before, but it doesn’t mean it wasn’t delicious. 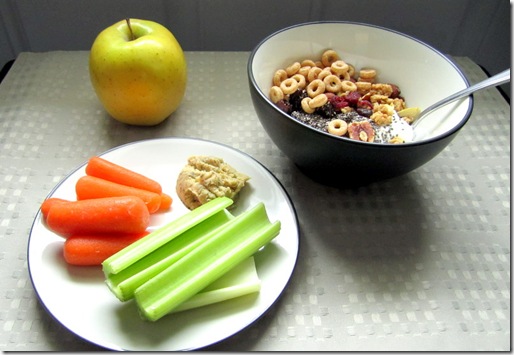 Carrots & celery along with some very garlicky hommus. 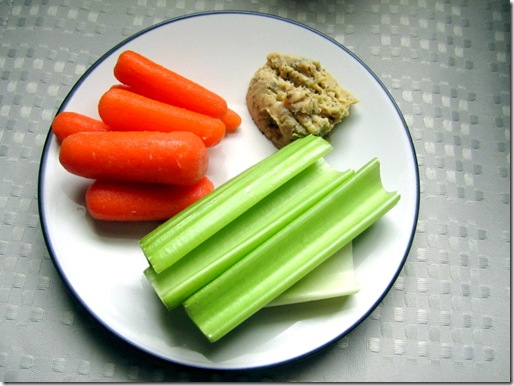 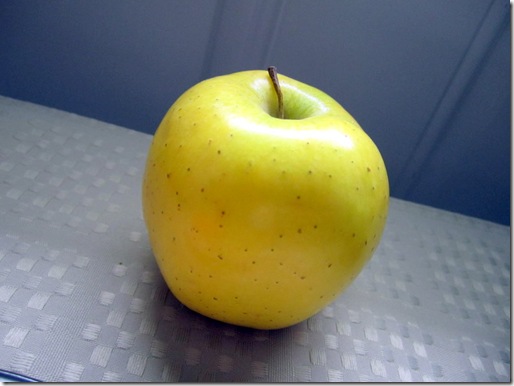 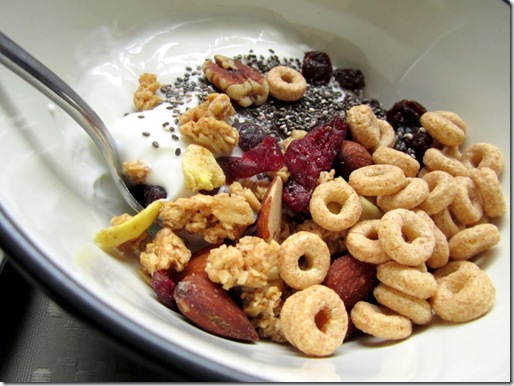 I actually picked up this package of Planters Apple Cinnamon Daybreak Blend over the weekend at the grocery store. It was in the “clearance” cart, so for just over $1.00, I figured it was worth it. I assumed that it must have been discontinued…? 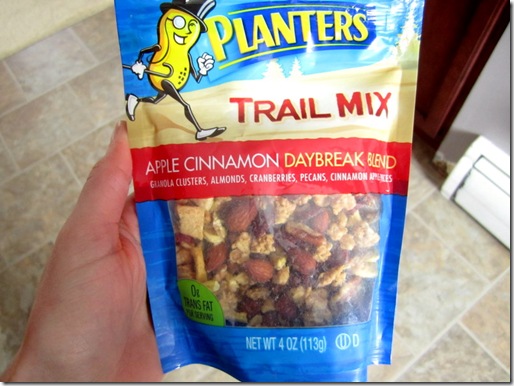 But as soon as I munched on a couple pieces, I started to realize…

It’s a little past its prime. 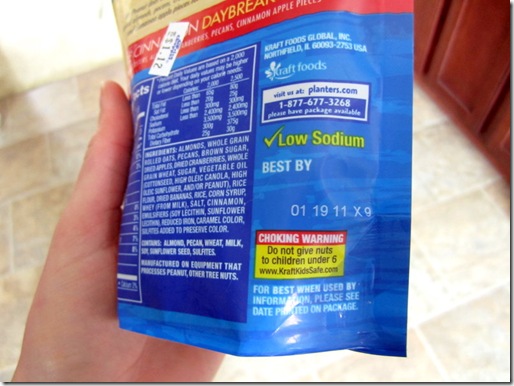 Luckily, it’s really only the dried cranberries that feel like they’re going to break my teeth in half, so as long as I weed those out from now on, I should be golden. 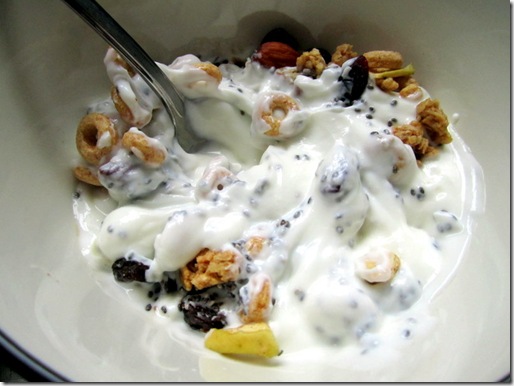 Note to self…there’s a reason foods are in the clearance cart!

Before I go, I’ll leave you all with a couple links I recently got in an email from Active.com about running. I found them pretty interesting, so hopefully you will too!

YIPPEE for the weekend! Hope you all had a great week and have an even better start to your weekend.

What is the best piece of running (or exercise in general) advice you’ve ever received?

« Fashion Friday Flashback
Spring Is In The Air »