I have a feeling that today is going to be a REALLY productive day, and that’s all because of one reason…

My workout for the day is already DONE and I’m showered.

Lately, I’ve been doing my workouts while on my early shifts at work, or mid-afternoon if I’m working later in the day. While I like to be able to take my time, I also hate how it seems to make everything else in my day get pushed back. When I workout later like that, I usually don’t hit the shower until late morning or afternoon, and for some reason, I feel like my day is slightly thrown off..

But since I have my workout done early today AND have already showered before 8:00am? Now that is a recipe for productivity with an uppercase P…I hope.

Speaking of workouts…today was a cardio day so I decided to do a round of my Pyramid Treadmill Run. Its been quite some time since I brought this one back into the rotation, but it’s easily a favorite of mine.

After eating oatmeal for three days in a row, it was time to make the ‘ol switcheroo. What better way to switch things up than with waffles?! 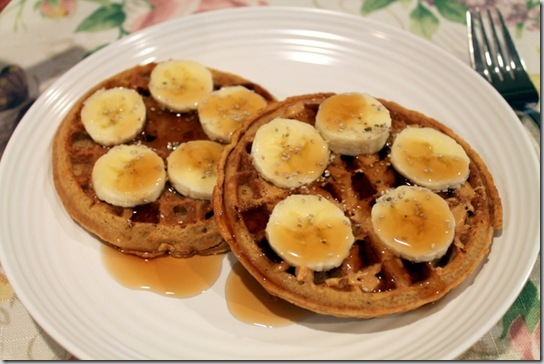 It’s definitely been a while since I had some of these in my life, so I picked up a box of Kashi 7 Grain waffles at the store earlier this week. (FYI: I usually buy Vans, but I realized that you get 2 extra waffles with the Kashi for slightly less!)

Today’s waffles were topped with some Justin’s Honey Peanut Butter, banana slices, chia seeds, and a drizzle of sugar-free maple syrup. So, so good. 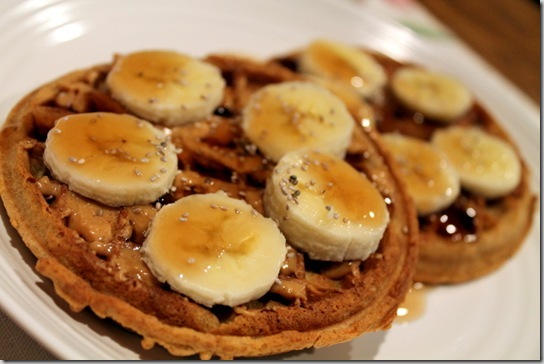 A delicious mug of coffee was also consumed, thanks to a little splash of our latest caramel creamer. 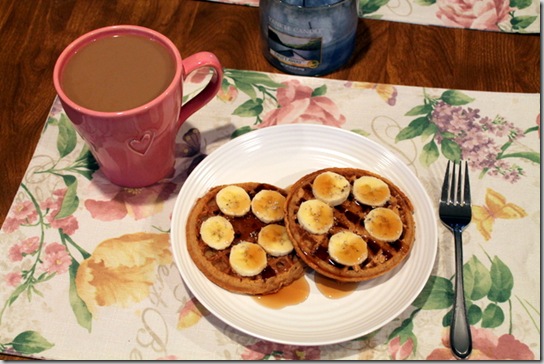 I don’t always drink beer coffee creamer, but when I do, I prefer Dos Equis Coffee Mate Natural Bliss.

Alright my friends, gotta jet…I have a couple quick group sessions at work, then it’s time to get started on that whole productivity thing. Lots on my list today, so hopefully I can make it happen.

Also – be on the lookout for a new, sweaty circuit workout this afternoon!

What’s the perfect recipe for productivity for you? Workout/shower early? Get right to work?