I would like to set up shop and just live in Ikea. That’s totally acceptable, right? 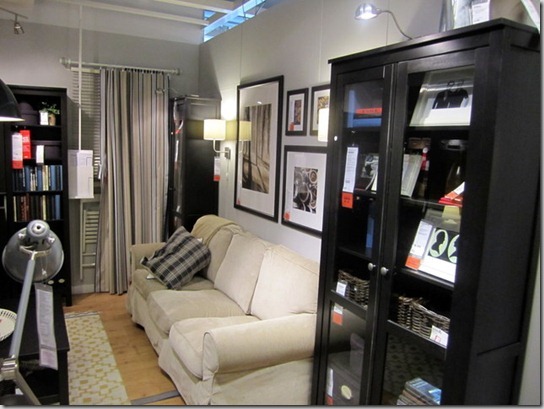 Just as most of you suspected, I pretty much felt like a kid in a candy store the entire time. It’s sort of like one big doll house! 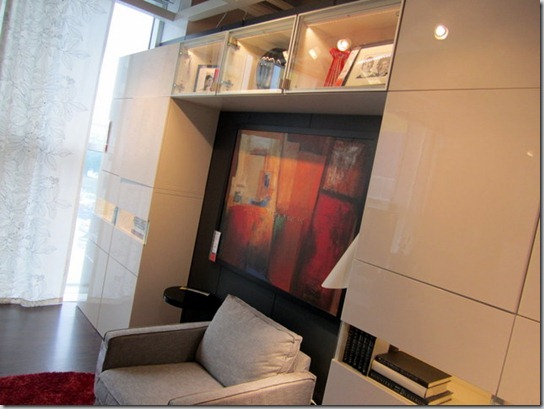 And I’m pretty sure, nine out of ten times, I was convinced that I wanted to “recreate THIS room” (aka, whichever room I happened to be standing in). 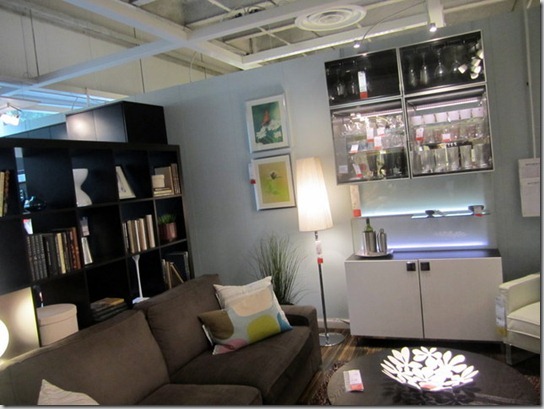 One of the things I did realize? We have a LOT of room for improvement when it comes to storage and organization. Ohhhhhh, the things we could do if we had an infinite amount of money. 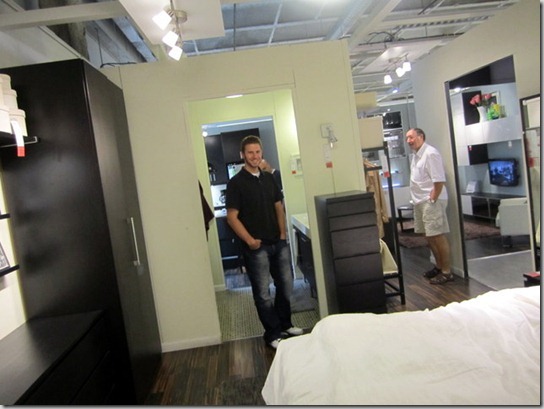 We’re thinking about a couple of these tables… 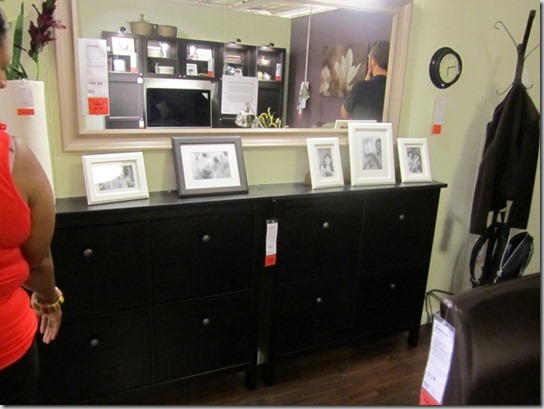 As well as this TV stand (but in black-brown)… 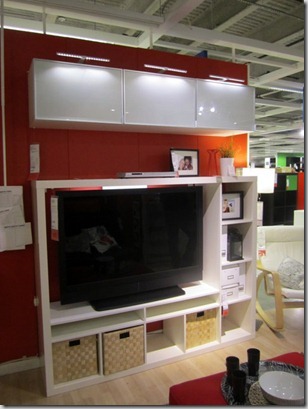 With a couple of these shelves mounted on the wall above the TV stand. 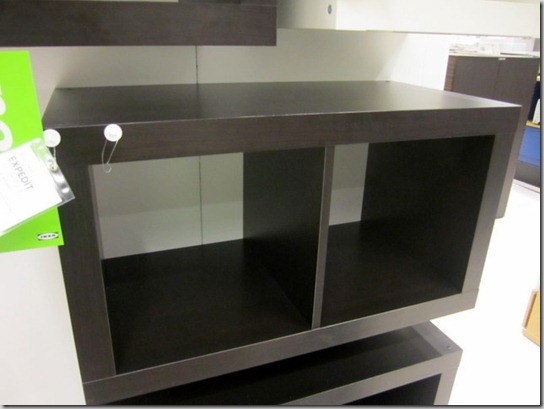 You guys, I’m sooooo excited. We’re going to do some painting, some rearranging of walls, some possible new curtains…all I can say is, Pinterest is going to be my new best friend.

Of course, the main reason we headed out to Ikea yesterday is because I desperately need a new desk. I’ve been using the same desk that came with my bedroom set growing up, and as you can sort of see here, it’s just way too small. So we came across this desk and I fell in love… 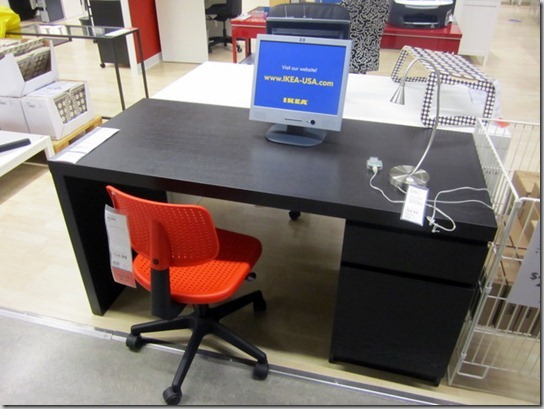 …and then I found out that it was out of stock…along with the TV stand that we wanted to buy, too. 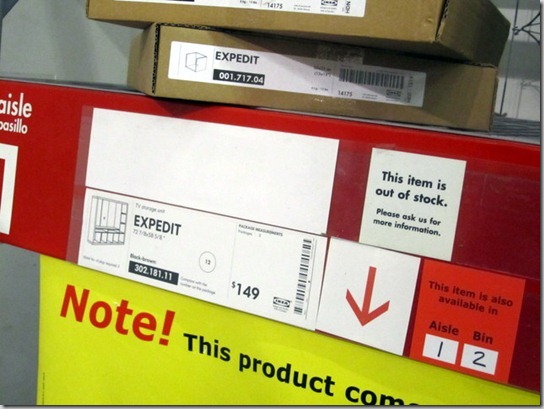 So we left Ikea empty-handed…and starving. I hadn’t really eaten much lunch, and by the time we were done at the store, it was about 5:00. (I didn’t end up getting the swedish meatballs…or the soft serve…or the cinnamon buns from Ikea. I need to go back).

As soon as we walked out the door, we were greeted with this lovely mess. 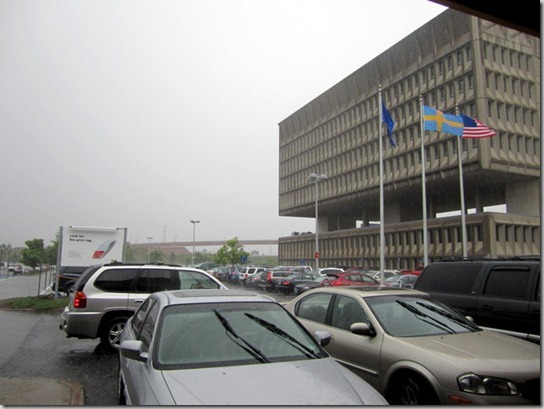 And because we were umbrella-less, we ended up waiting it out for about 15 minutes, hoping that it might die down. It did…a little.

Luckily, the spot we were planning on visiting for dinner was less than 10 minutes away, so we found some parking and headed in to Prime 16. 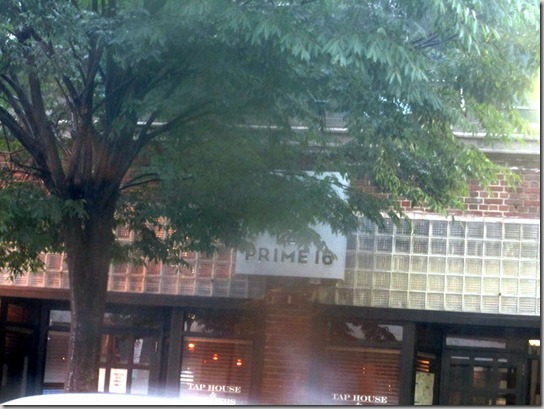 I know there were so many of you that suggested Pepe’s, but neither of us were really in the mood for pizza, so we opted for some burgers from Prime instead (thank you so much to Dominique for suggesting!).

It wasn’t’ too busy yet by the time we got there, so we decided to grab a high-top table in the bar area and peruse the beer menu. 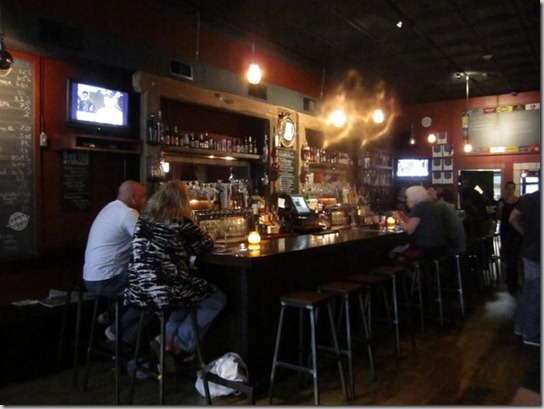 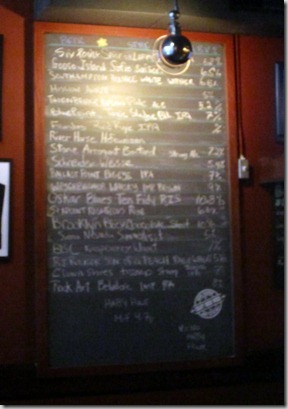 They had a pretty decent sized list, but as soon as I saw the “son of a peach pale ale,” I was sold. 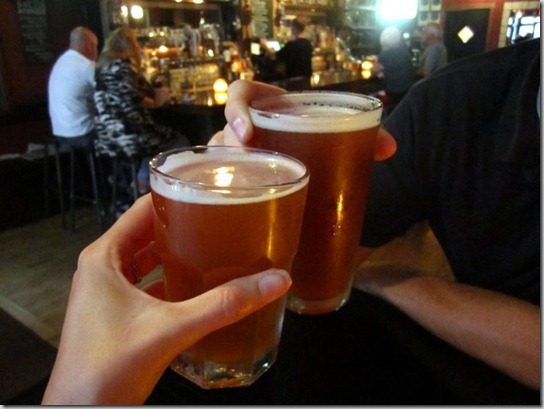 Cheers to knocking Connecticut off of our Adventure Map! 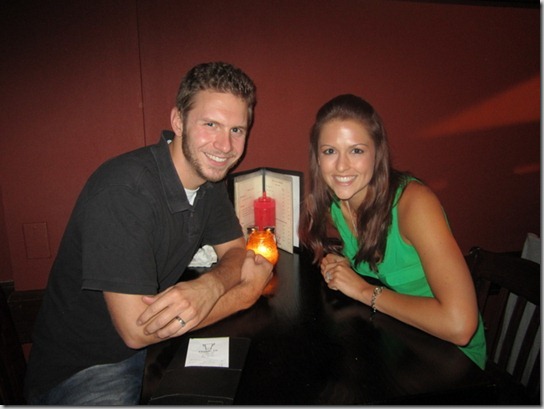 The burgers on the menu at Prime 16 sounded absolutely incredible, so there was no doubt in my mind that that was what I was getting…it was just a matter of deciding which one. 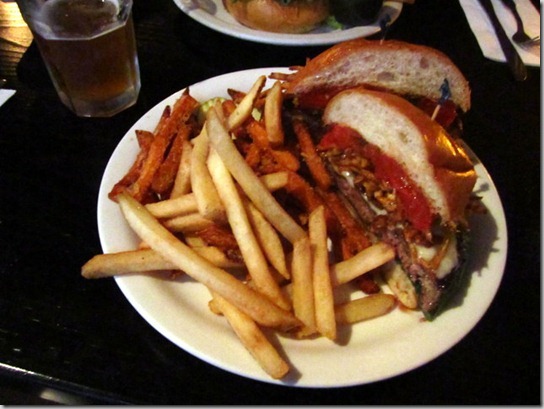 I ended up deciding on the Honey Truffle Burger and 50/50 fries, which was topped with Swiss cheese, applewood smoked bacon, roasted tomato, romaine, and julienned honey truffle potato chips. 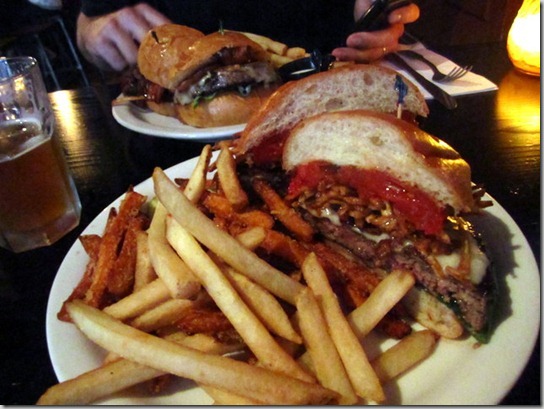 Oh. My. God. Had to be one of the best burgers I’ve ever had in my entire life. Seriously. Jay got the Maui Burger, and we shared the two, and both of them were just phenomenal. So, so good!

After dinner, we headed down the road for a little something sweet… 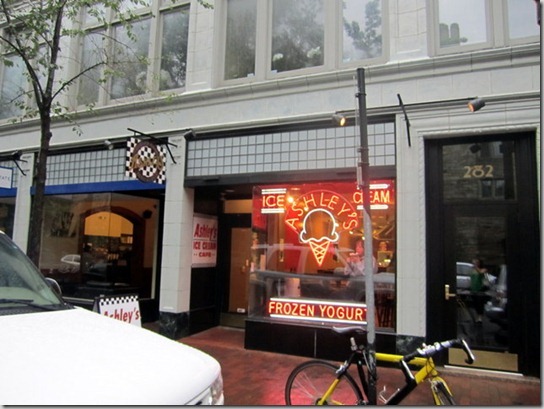 Also at the recommendation of a reader, we stopped in to Ashley’s Ice Cream for a little dessert before hitting the road back home. 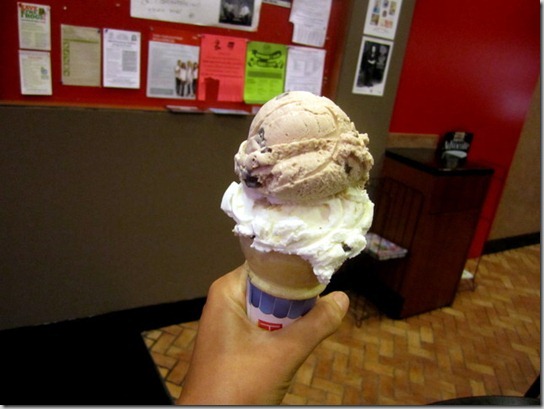 I opted for a scoop of Cookie Batter + a scoop of Nutella Chip, and while a bit expensive, both of them were delicious…and provided that lovely, “now I’m stuffed over the top” feeling for our three hour ride back home.

Overall, even though we didn’t end up leaving with the furniture we had hoped for, it was still a great way to spend the day away and we both had a blast! Now we’ve just got to decide what we’re going to do about those furniture pieces because we just discovered that shipping costs are outrageous.