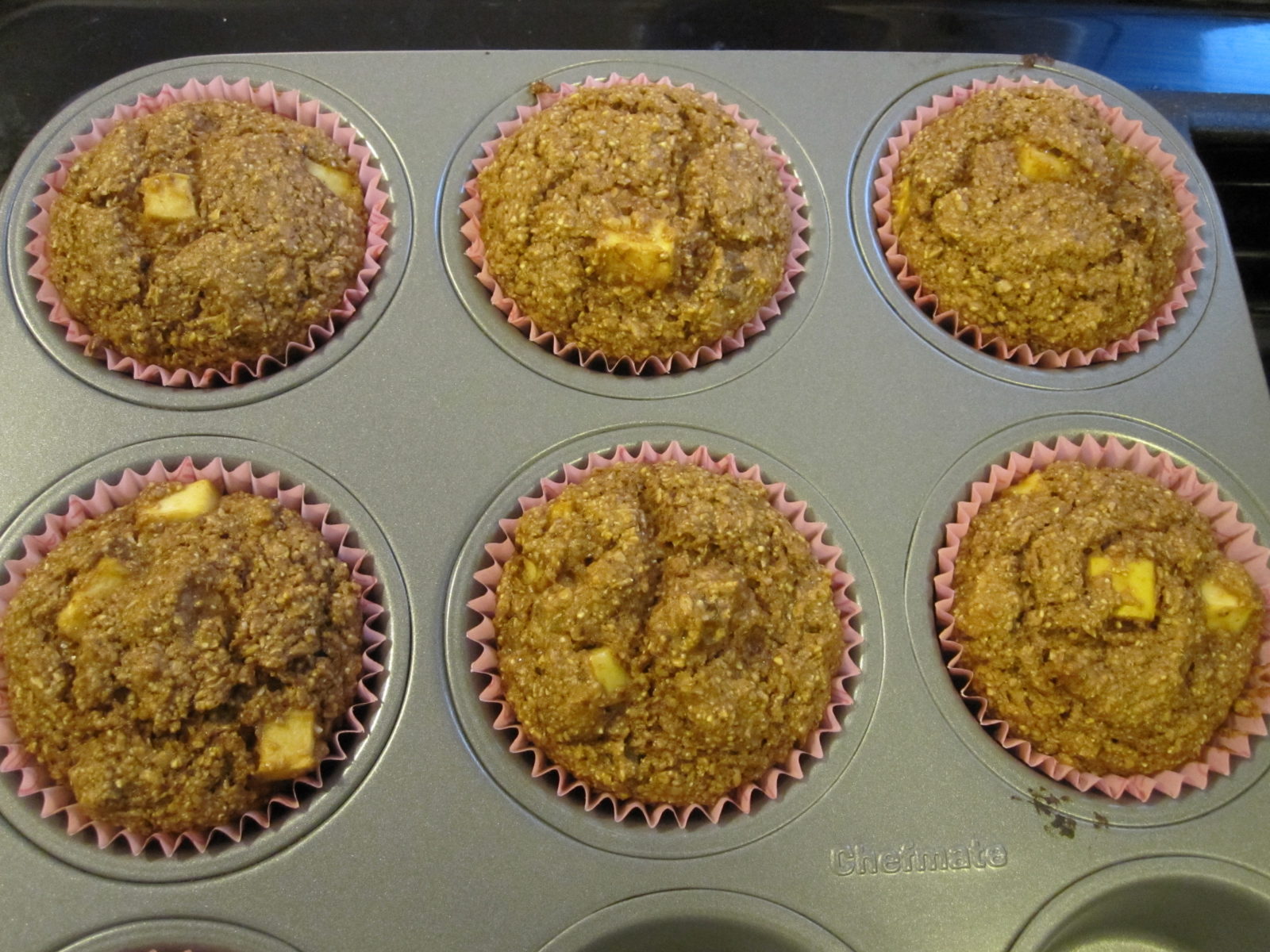 Woah, baby, am I gonna be SORE tomorrow!!  After work, I went to BodyPump, and apparently it decided it wanted to kick my butt.  I don’t know what the deal was?  I know it’s been almost a week since my last class, I didn’t up my weights, and all the tracks were the same.  But for some reason, my muscles were a-shakin’ during tonight’s class and I can already feel the muscle fatigue!  But that’s ok, it’ll be a good sore ;)  Before class, I ran for about 20 minutes on the treadmill – I would give you my actual distance BUT, I accidentally hit the STOP button 7 minutes in, so I had to restart. UGH!  I would have to guess maybe around 1.75 miles?

By the time I got home, I was absolutely ravenous and was like a tornado going through the kitchen.  I think I ended up eating about 5 kashi crackers, a fork full of leftover bbq pulled chicken, and a couple pretzels before even stopping to decide on an actual dinner.  YIKES!  Luckily, I had a quick option available for me…leftover bbq chicken, thrown together to make a delicious BBQ Chicken Wrap :) 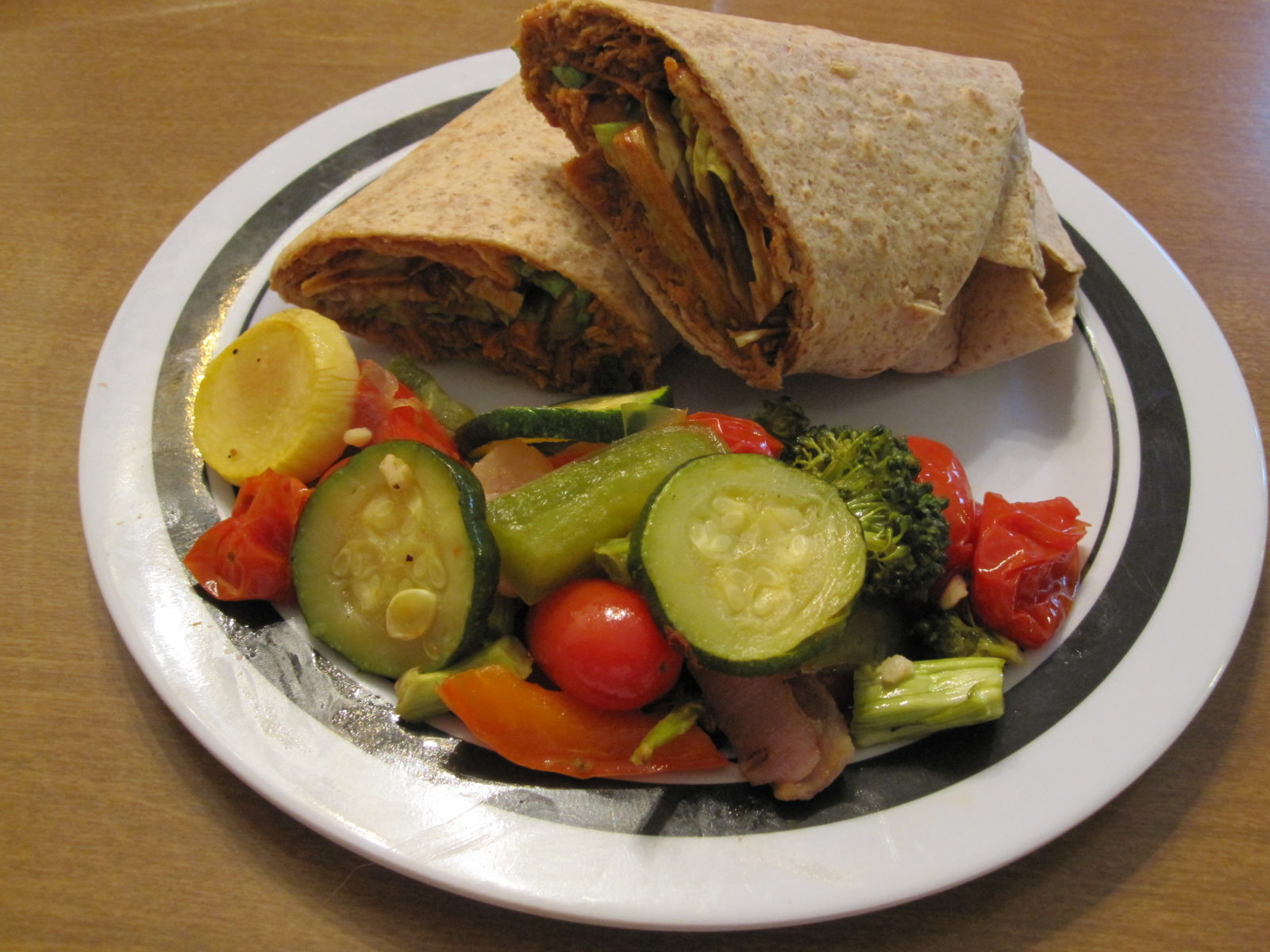 Mmmm, and the rest of my leftover roasted veggies.  Looks like it’s time to get roastin’ again ;) 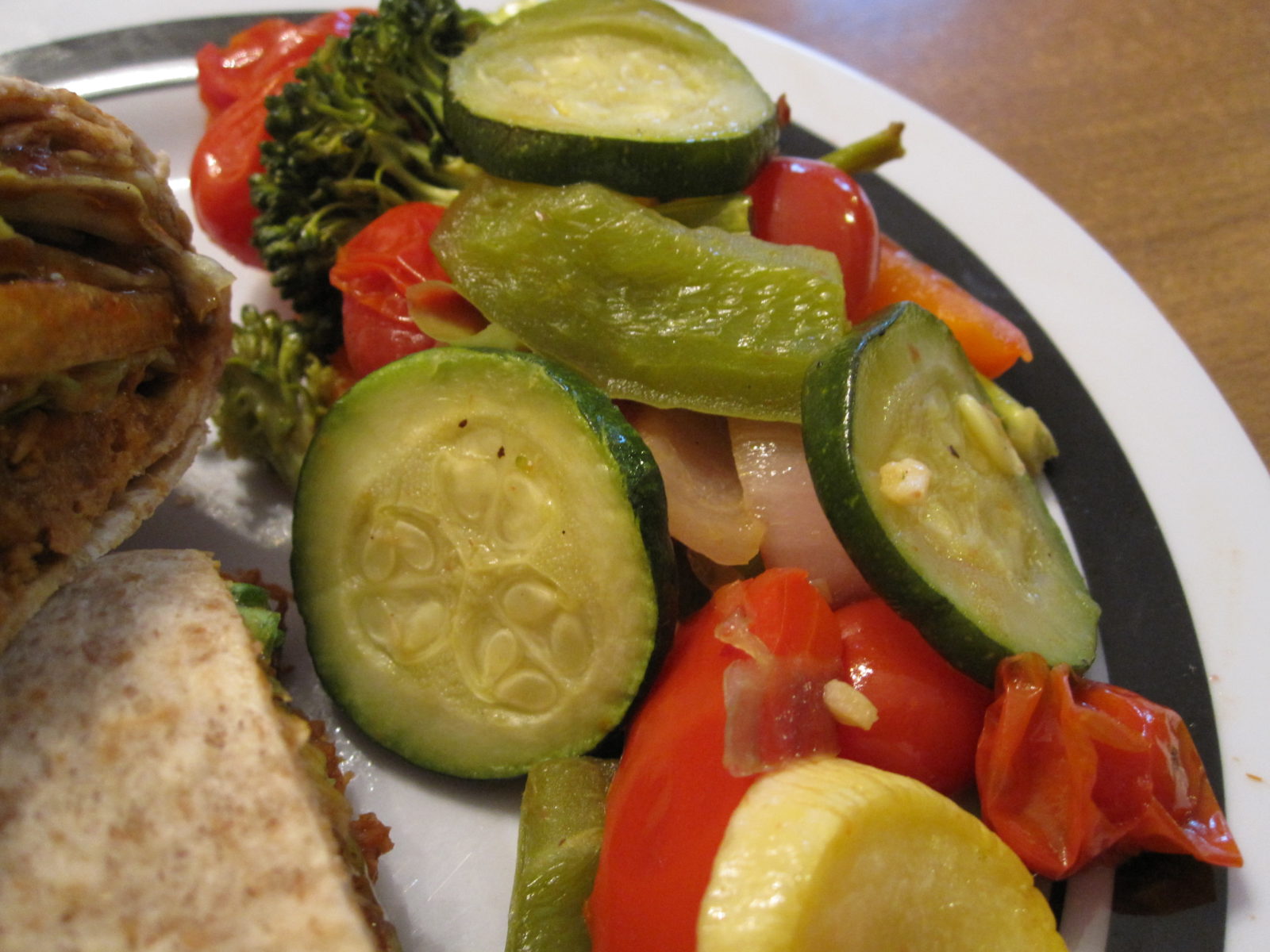 For my wrap, I started with a La Tortilla Factory whole wheat wrap (aka, DA BOMB), and filled ‘er up with a nice big ‘ol scoop of leftover BBQ Pulled Chicken, about 1/2 a wedge of the Laughing Cow Light Swiss Cheese, some romaine lettuce, and an extra drizzle of bbq sauce.  I popped it in the micro for about 20 seconds just to get things cookin, and then I chowed :-D 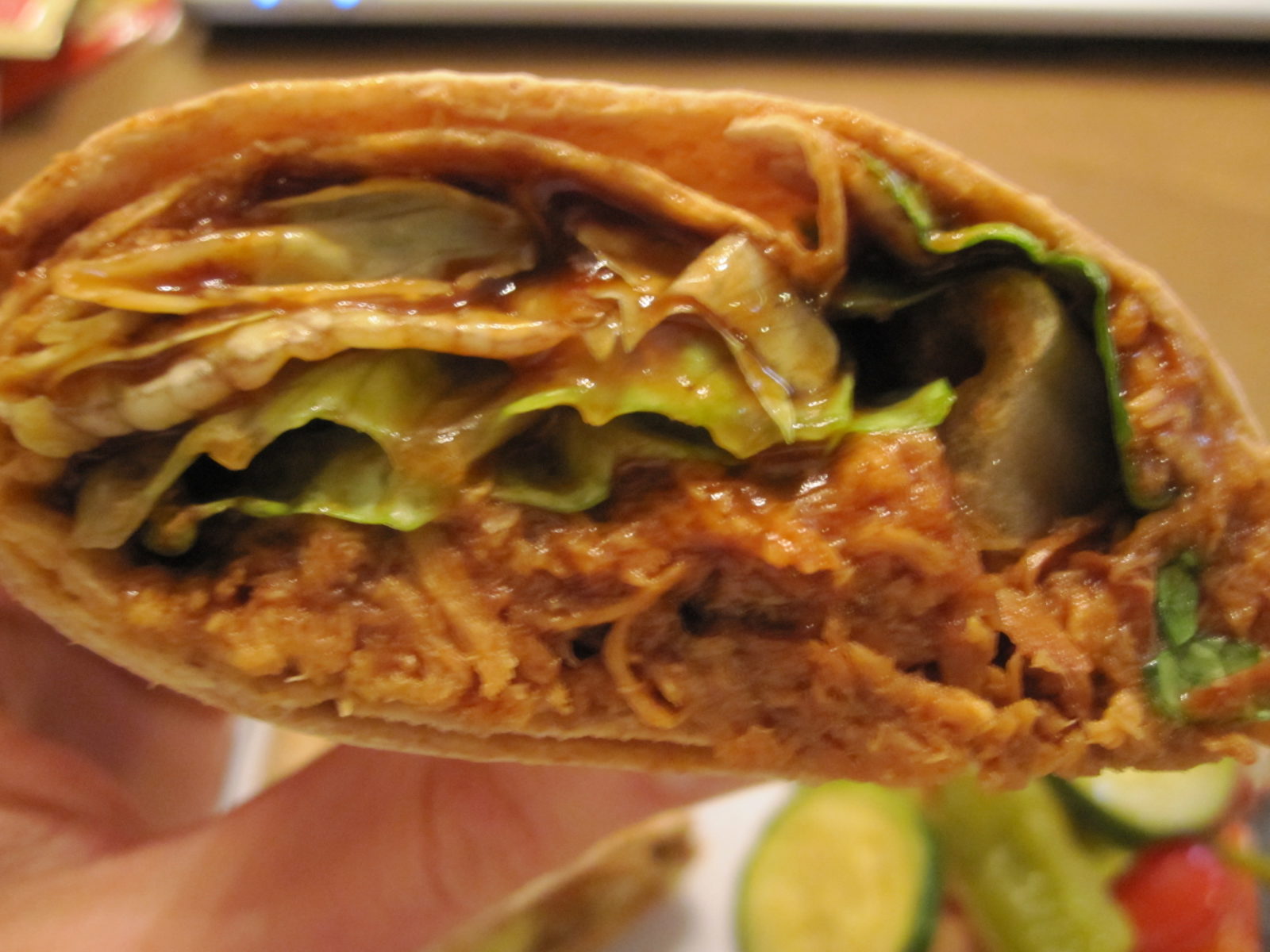 After dinner, I decided to so a little baking!  I’ve had this box of bran muffin mix from Hodgson Mill for a little while now, and decided to give it a whirl. 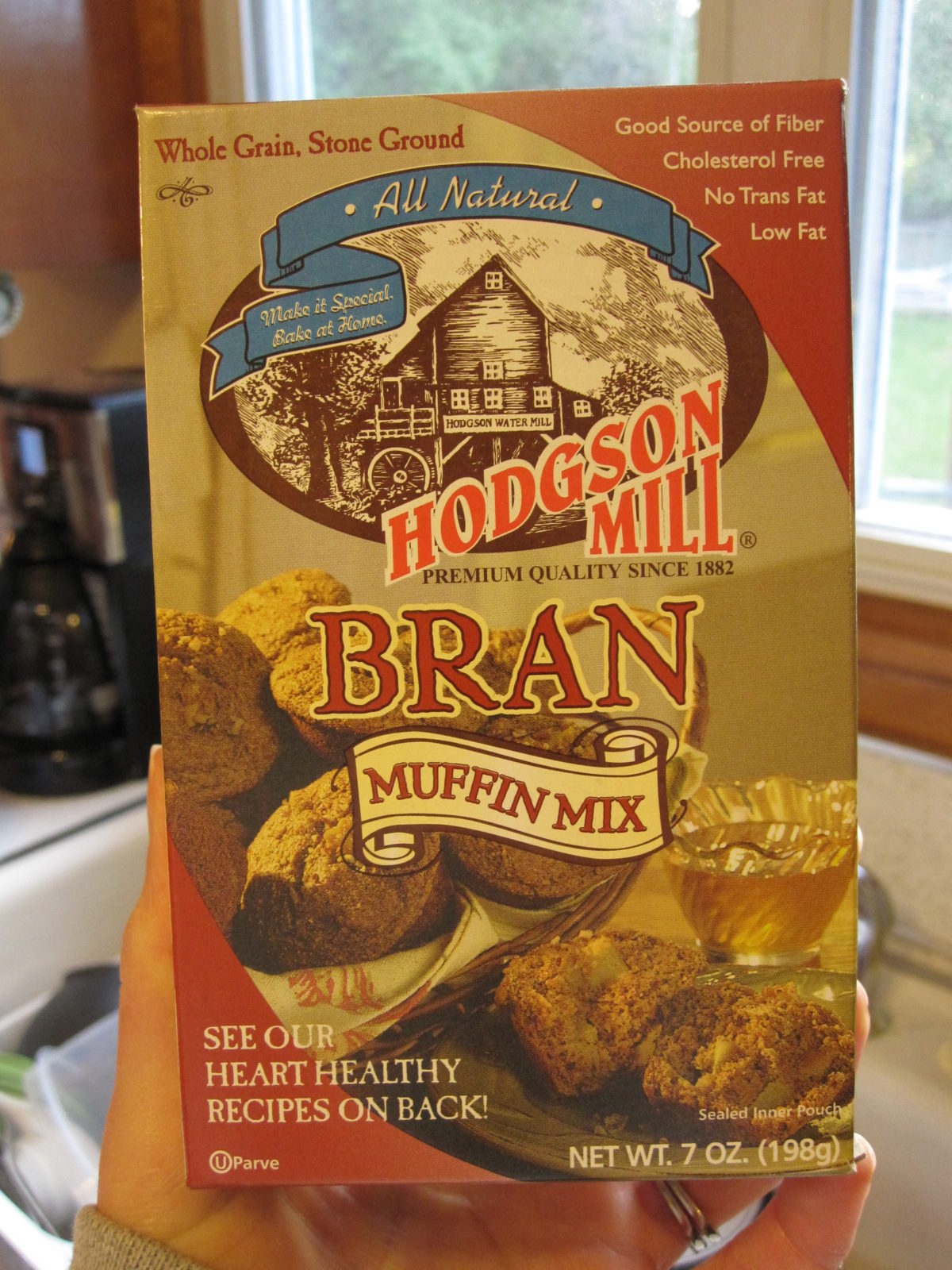 I wanted to “jazz up” my bran muffins a little bit, so I added in some chopped apple & golden raisins for my “fixins'” :)

(Cody was also helping me bake, as you can see…) 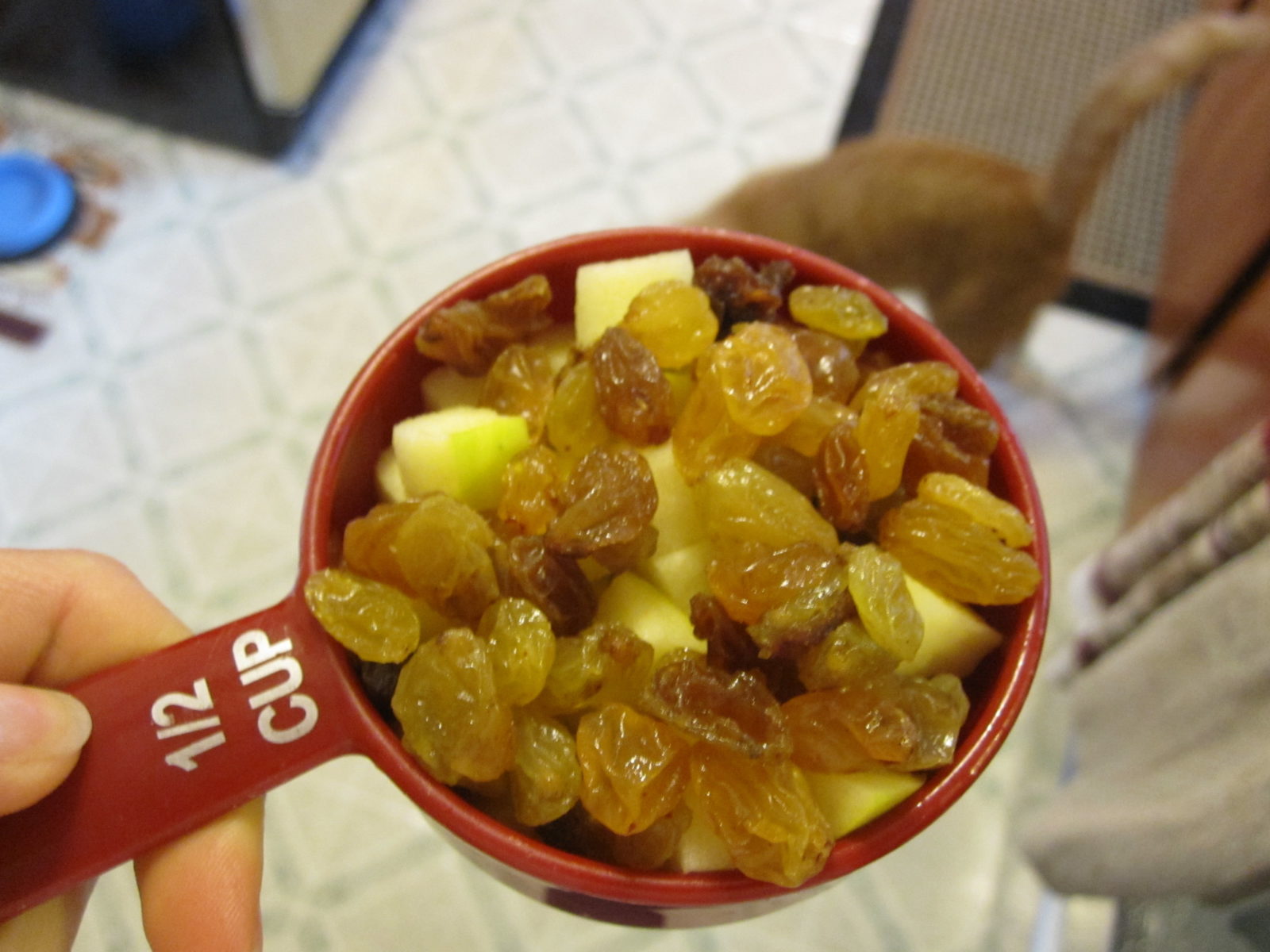 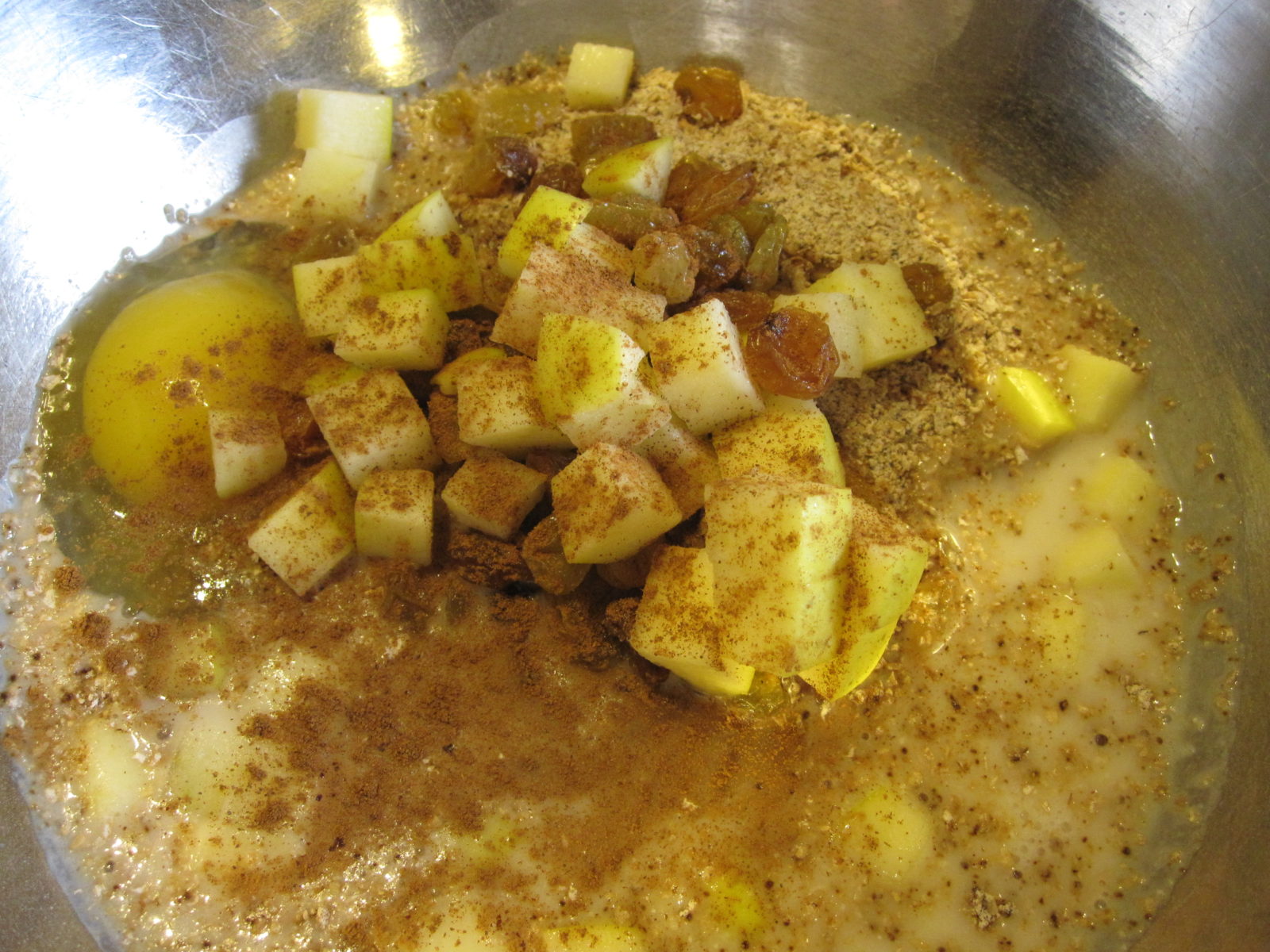 Sorry, this stuff was not going to photograph pretty! ;) 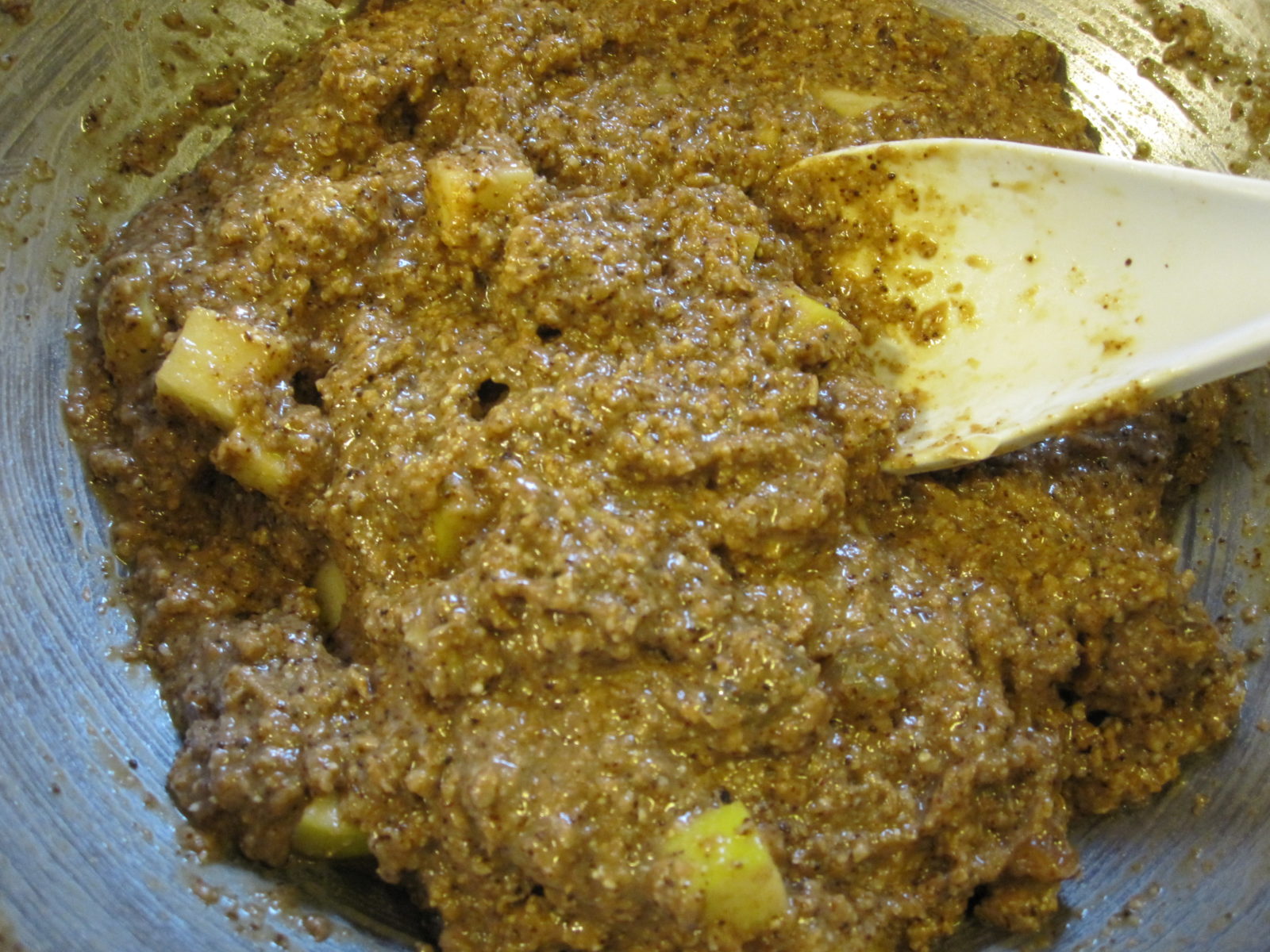 The recipe called for butter or vegetable oil, but I used canola.  And instead of 2% milk, I used my almond milk.  Here’s the final recipe!

-Sprinkle & a Shake of cinnamon ;) 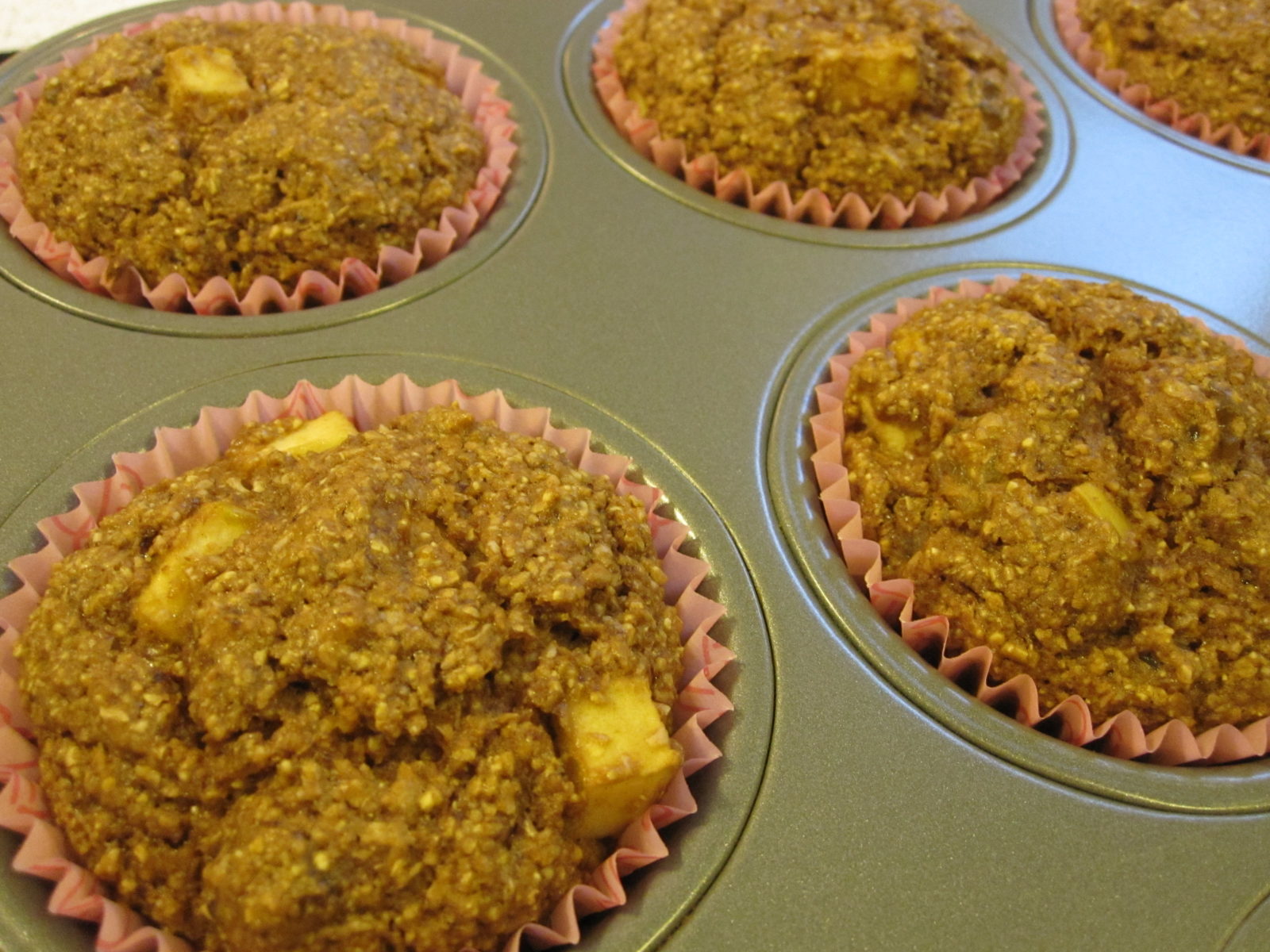 These babies had my kitchen smellin’ YUMMY! :-D  I’m sure they’d be really yummy with chocolate chips or blueberries, which I may have to try next time.  I think I’m going to have to get my hands on one of these before I sit down to watch my fave Wednesday night shows – Modern Family & Cougar Town!

Does anyone else watch Cougar Town??

(I know I’ve asked this before, but I need to know I’m not the only one sitting laughing hysterically at this show!) :-D