Well HELLO and happy Tuesday to YOU!

Did everyone have a great weekend? Recovery from the Super Bowl over? <—By the way, not that I was able to devote a ton of time to watching the game but WOW. Unbelievable, right?!

Unfortunately, our big super bowl plans consisted of us…at home…and really no plans at all. It was just us and a couple of cranky kiddos during the beginning of game time so it wound up being one of those ‘rush through dinner so we can just make it to bedtime alive’ kind of nights. Parents, ya feel me?

We had planned to try and make a few fun snacks for ourselves but we never wound up getting to it, so our Super Bowl “spread” consisted of some crockpot chicken sandwiches without any sides because we just didn’t have the energy to try and cook anything else. 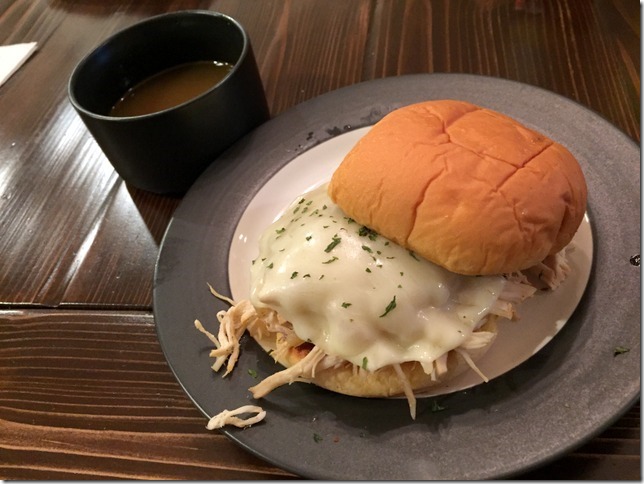 On the plus side though, these chicken sandwiches were SO GOOD and make a ton! Would absolutely recommend them.

As for the rest of the weekend? It was busy but good! We started off Saturday morning with a leisurely breakfast of scrambled eggs + cinnamon swirl toast. 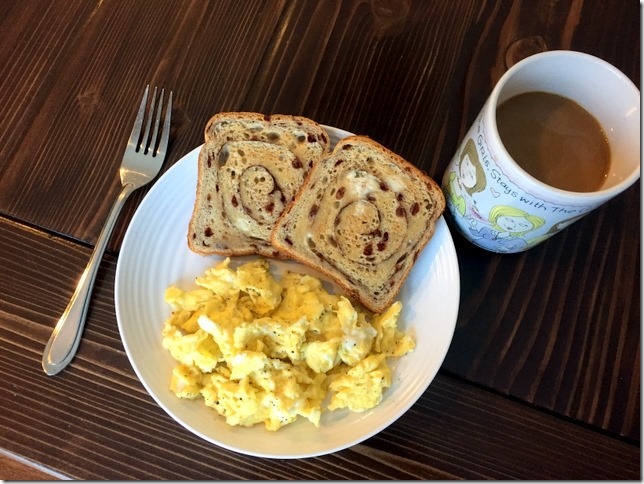 I friggin’ LOVE that bread but don’t usually buy it…except when it’s on sale. Because, you know, I can’t resist a good bargain.

And the boys all had some fun playing before daddy had to go out for work. 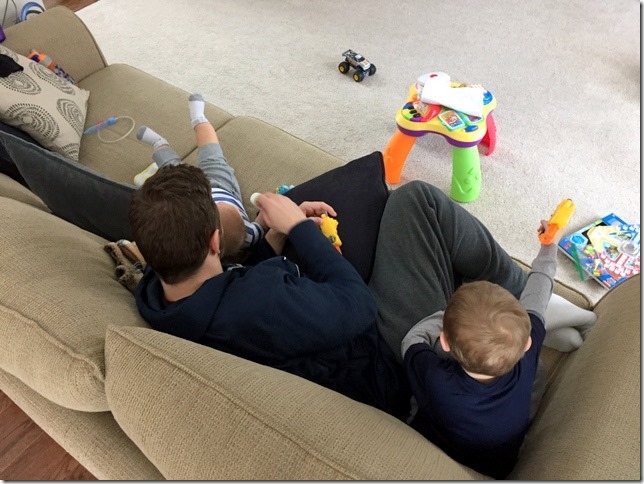 A little extra overtime wound up being almost 8 hours worth, so it was just me and the boys for the remainder of the day. And after Lucas decided he didn’t feel like napping, I knew we had to get ourselves out of the house, even if just for 30 minutes. So I asked Lucas if he wanted to go drive somewhere and he immediately responded with, “Sure, mommy! Can we go get ice cream? Pweeeeease?”

Ummmm, sure bud. You clearly know the way to your mommy’s heart! 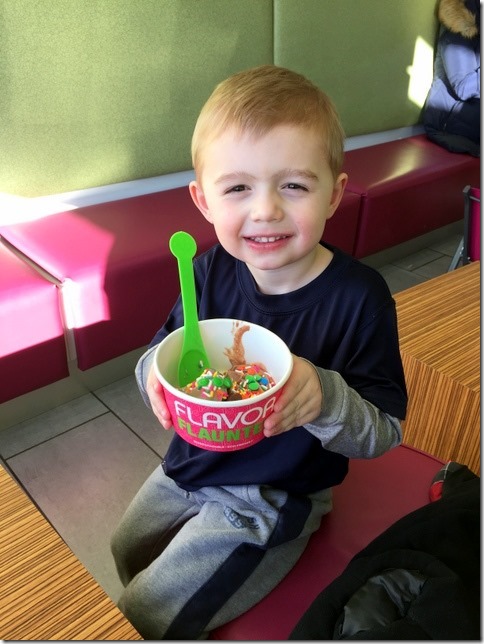 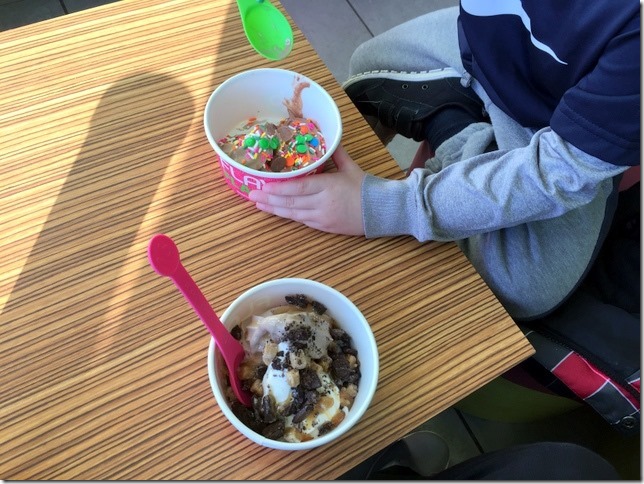 And much to my surprise, we actually managed to last the entire time without anyone causing a scene. #momwin 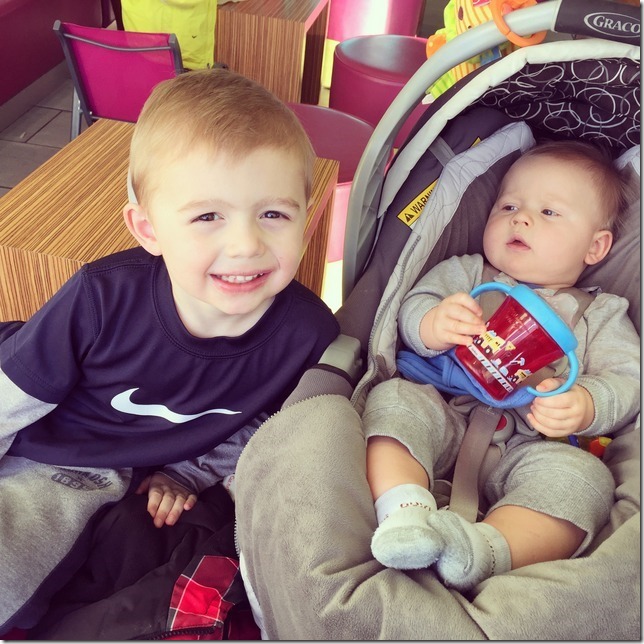 After our little ice cream date, we came home and played with a gazillion cars and toys, as usual. 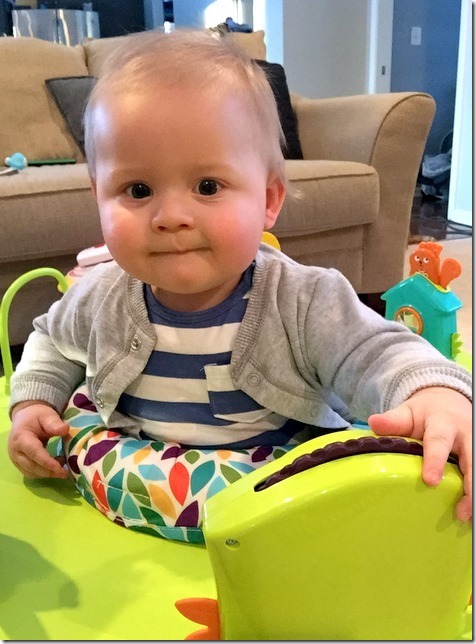 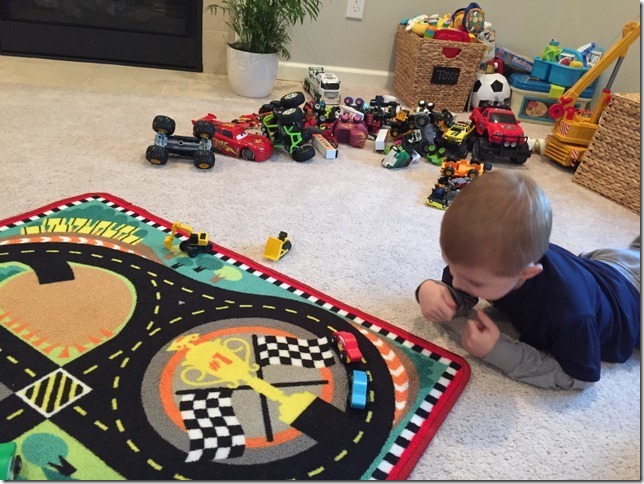 Jay wound up getting home a little after the boys were both in bed, and I don’t think I lasted more than about a half hour before needing to call it a night.

Sunday was another good day, which included a trip over to my bestie Heather’s house for a little pop up LuLaRoe party with my brother’s girlfriend, Carissa. 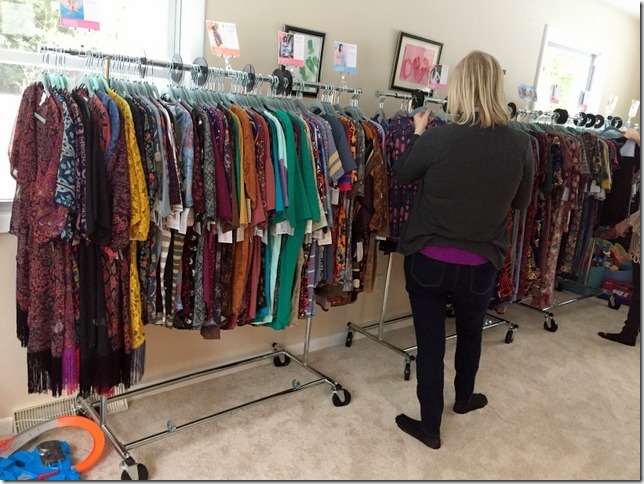 I’ll be honest…I’m not a huge LLR fan. I have a couple pairs of their leggings and one top and I’ll admit…the things are ridiculously comfortable. Seriously, like butter. But I’m just not a big fan of the outrageous patterns on me.

So instead, I hung out and sipped on some prosecco. 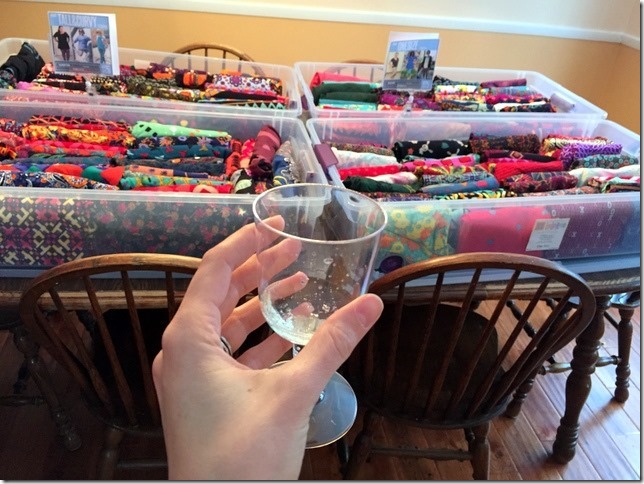 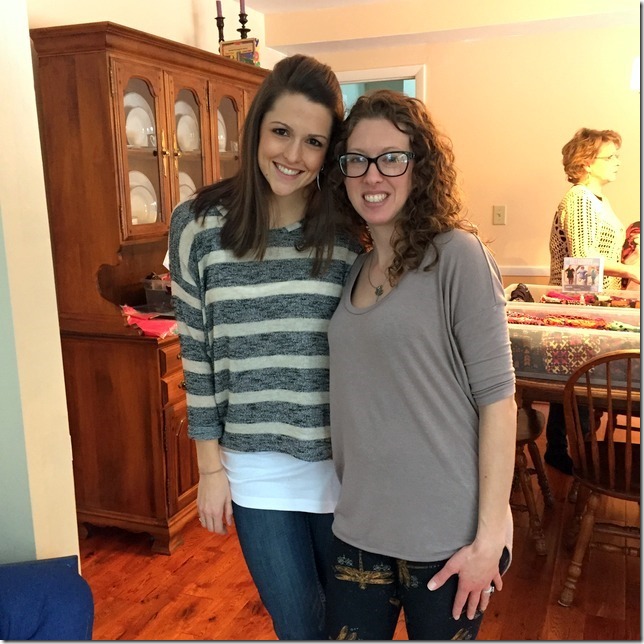 After the party I made a quick pit stop at the grocery store (so we weren’t scrounging for the week ahead!) and made sure to text Jay about important things… 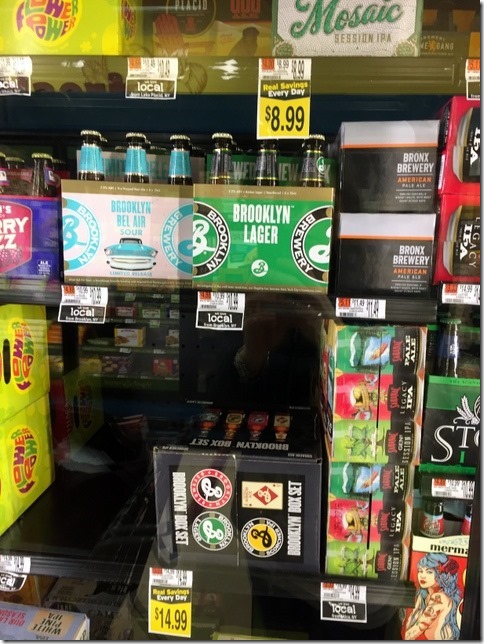 Once the boys were finally in bed on Sunday we both just hung out and watched the game (hello, Lady Gaga…what a performance!) and passed out shortly after.

As for yesterday, we wound up having to make a trip over to the doctor after Lucas has been complaining all Sunday evening about his ear hurting. I was totally under the impression that he had an ear infection, but of course just a few hours before his appointment, he tells me that he’s feeling all better. Just to be safe, we still went anyway… 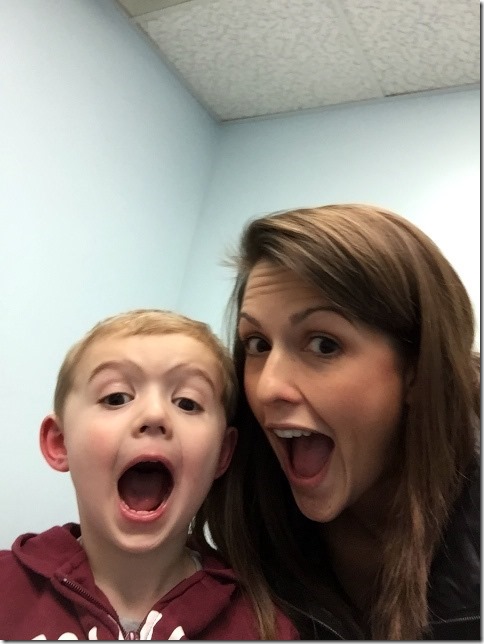 Thankfully, this kiddo is ear-infection free. Still just trying to fight off the last of the never-ending winter cold. #goawaywinter

And now, here we are, Tuesday already. I hope everyone’s week is off to a great start so far, and I’ll catch you guys later! <3