Actually, it’s not very funny at all, but I’m sure once all is said and done I’ll be able to find some humor in it.

About two weeks ago, I was attempting to multi-task: washing dishes and talking on my cell phone with the phone “stuff the phone between my ear and shoulder” sort of thing. I made it through the whole conversation disaster-free, and then as I went to place my phone back down on the counter…it slipped right out of my hand and into a pot of water.

I immediately fished it out, scrambling to take the case off of it and flailing my arms around like a lunatic trying to dry it out. As I was doing that, I realized I needed to get the back cover off so I could stash this thing into a baggie of rice (yes, it works, I’ve had to use this in an emergency before)…but then quickly discovered that we were out of rice. Seriously?!? Who runs out of freakin’ rice?!

Well, apparently we do. So that option was out. I turned the phone off in hopes that it would somehow be saved and went off to work. When I checked it a few hours later, I realized that it had turned on by itself, but then liked to continue to do that intermittently throughout the day. That went on for about two days, until it finally just wound up in a state where the power button was no longer working. So for the past two weeks now, anytime I’ve wanted to check my phone or use it, I’ve had to slide it open and shut.

Last night, my battery was at about 5%, but I was too busy watching my One Tree Hill to be bothered to go get my charger. Well of course, the battery died on me…and now I have no way of getting back into my phone. It’s cooked. 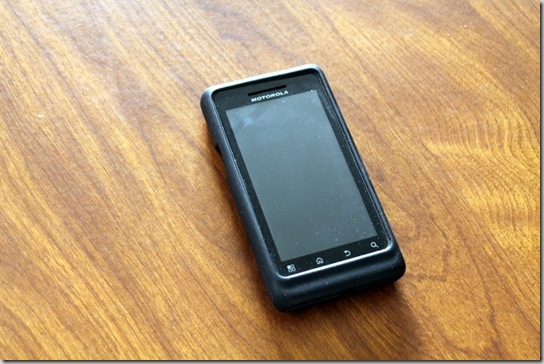 Not having a cell phone all day has had me TOTALLY thrown off, and I am quickly realizing just how dependent I am on this thing, and trying my best not to go bananas (so if anyone has been trying to call me today, I’m not ignoring you – email me). I hate the fact that I’m so dependent on this little electronic gadget, but it is the sad truth.

On the one hand, I’m feeling super detached from the world…but on the other hand, I kind of like it. Ask me how I feel in another 24 hours and I may tell you differently, but for now, it’s not too shabby.

Not sure what the plan is for a new one – we’re up for an upgrade on the 16th of the month but a certain someone ::cough, Jay, cough:: wants to wait for the next iPhone. Oy vey.

So now that I’ve probably officially bored you to tears with my cell phone sob story, let me make up for it by sharing the delicious lunch I just finished up… 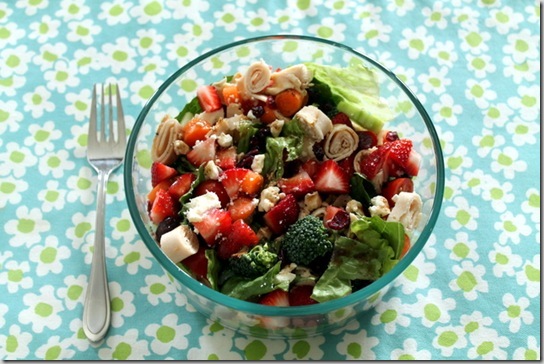 This baby rocked my world, I’ll tell ya. It was incredible. 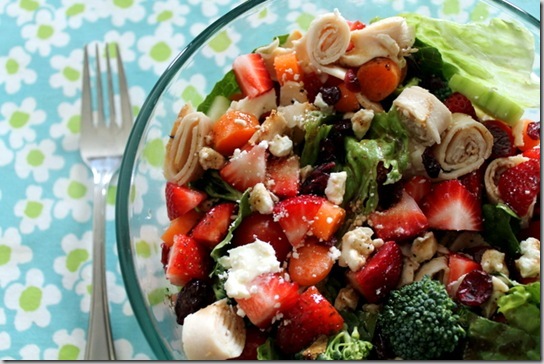 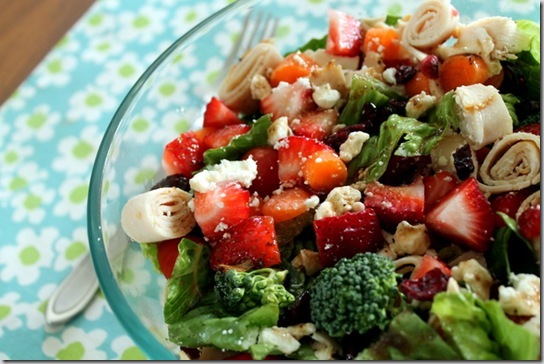 Fruit + Veggies + Balsamic = Fantastic…and enough so to make me forget about that whole cell phone fiasco for a short time.

Anyone else have any funny stories about cell phone fiascos?